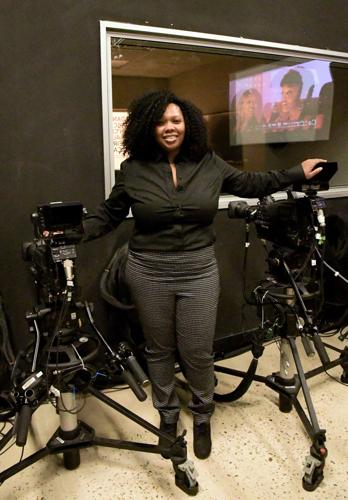 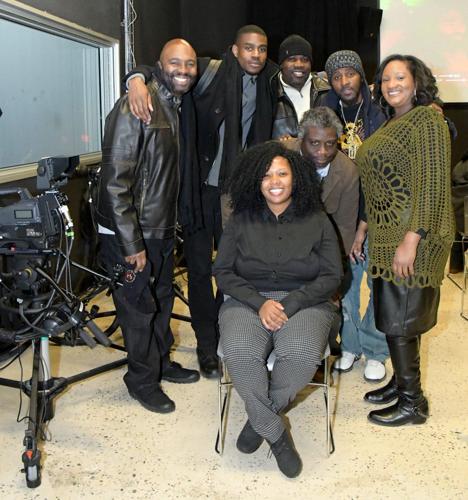 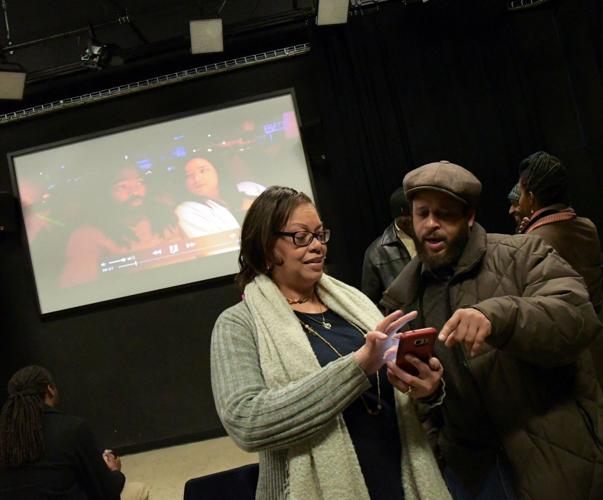 Guests share videos at the film screening held at PhillyCAM. 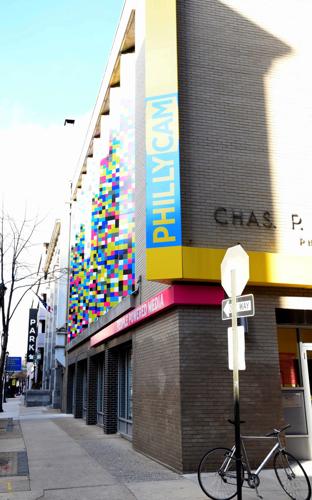 PhillyCAM is located at 699 Ranstead in Center City Philadelphia.

Guests share videos at the film screening held at PhillyCAM.

PhillyCAM is located at 699 Ranstead in Center City Philadelphia.

Shameka L. Sawyer was 16 when she had her first child. Still, immediately after graduating high school in 1995 she pursued higher education at Penn State, but dropped out because of lack of child care.

In the interim, Sawyer, who goes by S.L. Sawyer, worked a range of administrative and receptionist jobs.

“When I turned 30, I said to myself if I am not in a career that I want to be in by the age of 30 I would go back to school, so I wasn’t and I decided to go to CCP [Community College of Philadelphia] just because it was just an easier school to get into.”

At CCP, Sawyer excelled academically, was admitted into the Phi Beta Kappa Honor Society and upon graduating with her associate degree in communications and a minor in theater she’d already won several scholarships.

“I was able to get into Penn so I decided to take that road and I got a scholarship then and was able to go to school there without worrying about covering the cost,” Sawyer, 39, said.

She attended the University of Pennsylvania part time and graduated with a degree in communications in 2013. While at the Ivy League university, Sawyer’s career aspirations changed when she took a film class during which she and some classmates created a student film.

Originally planning to pursue acting, Sawyer realized she enjoyed working behind the camera rather than in front of it.

Since then, she’s written, directed and even starred in her own short films, launched the “5 Shorts Project” for aspiring filmmakers, joined PhillyCAM, the city’s community media center, and created an entertainment TV show called “The Mix Up” that airs on the PhillyCAM television station.

Even before graduating from Penn, Sawyer launched her production company Live Footage 215 with her brother Wendell Sawyer in 2009. When it began, Live Footage 215 focused on independent musicians and producers. After Sawyer’s brother passed away in 2012, she shifted the company’s focus more to film.

She still incorporates the music industry by featuring music videos by independent artists on “The Mix Up.” On that show, Sawyer and her team go around to different events like the BlackStar Film Festival, movie screenings and local stage plays, and interview celebrities including Marc Lamont Hill, NBC10’s Tracy Davidson and Tobias Truvillion, known for his role on “Empire.”

“I think right now for women, and especially African-American women, it’s a really good time because it seems like we’re getting the opportunity to tell our story,” Sawyer said. “And we’re getting the opportunity to be honest about storytelling so we’re not in the situation where we feel like we have to tone things down in order to get some type of recognition or just to get someone interested in what we’re doing.”

In her films, Sawyer covers topics like discrimination, sexism and racism with a comedic tinge. In “The Interview,” for instance, Sawyer personified an interviewer’s thoughts when the interviewer found out Sawyer’s first name was Shameka. Sawyer said she’s experienced this situation, though less overtly, in real life.

Sawyer’s “5 Shorts Project” debuted its third season on Saturday at PhillyCam. The project takes five aspiring filmmakers and teaches them how to create a short film. It walks the participants through pre-production processes like casting, teaches them camera techniques, allows them to set up a film crew made up of volunteers and walks them through the editing process.

The filmmakers range in age from mid-20s to about 50 years old and all usually have other jobs and responsibilities, “but this is a passion,” Sawyer said. It’s also a good chance for new actors to get credits on their resume and on IMDb, the Internet Movie Database.

“In Philadelphia, I think we need to work together more, especially those of us in the entertainment industry and just understand that all the time it’s not about a check,” Sawyer said.

Right now the project is Sawyer’s labor of love. She supplies the resources for the program, including her personal camera equipment if a filmmaker can’t acquire any or if they can’t procure any lended equipment from film.org, the Greater Philadelphia Film Office.

For “5 Shorts,” Sawyer would ultimately like to partner with someone or start a 501©(3) to help fund the project.

Now a mother of four, Sawyer is inspired by director and filmmaker Ava Duvernay (“Selma,” “Queen Sugar”) and writer and filmmaker Issa Rae (“Insecure,” “Awkward Black Girl”) and aspires to attain a similar status in the industry.

“I want to be at that level,” said Sawyer. “I want to make content that people can relate to and just show our experiences in a different light.”

I would love to see you attain your goal(s). Currently, I am working with three Black women, a business owner, a founder of an creative arts non-profit and an owner of a production company. We are working on a film festival and would like to network. My name is Demetrius Robinson and my email is demrob2@verizon.net. Please reach out!