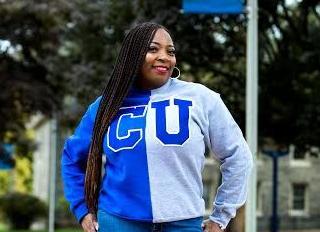 Sharlet Kennedy-Blalock used her time during the pandemic to complete the degree she started to pursue at Cheyney University almost two decades ago. 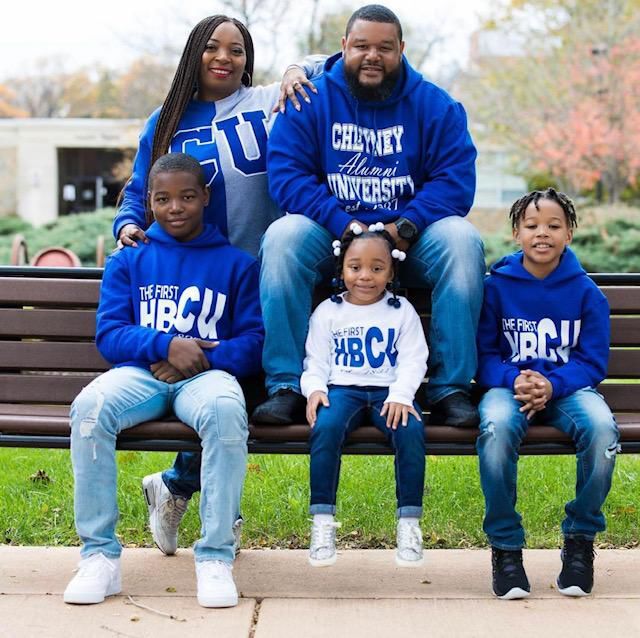 Sharlet Kennedy-Blalock used her time during the pandemic to complete the degree she started to pursue at Cheyney University almost two decades ago.

When the coronavirus pandemic required everyone to stay at home last year, Sharlet Kennedy-Blalock used her time to complete the degree she started to pursue at Cheyney University almost two decades ago.

“I always wanted to return to college, but it was always harder for me to do it because I have a family and work,” Kennedy-Blalock said. “When the pandemic hit it slowed my family life down a lot. The kids weren’t going to football, dance and track, and they were doing remote learning from home on an asynchronous and synchronous schedule.

“It was the perfect time to take advantage of the opportunity and finish what I started,” she added. “I took all of my classes online. I really just wanted to practice what I have been preaching to my kids by finishing school and getting my degree.”

Kennedy-Blalock, 38, was scheduled to graduate from Cheyney in 2005, but was two courses from her diploma. At the time, she decided to take a year off from her studies to work a full-time job that had been offered to her.

“Time really just got away from me,” Kennedy-Blalock said. “I had kids, got married, and it was just harder to juggle all of that at the time. I really just put myself on the back burner. The two courses I originally needed to finish were further out of reach. The requirements and the course catalog at Cheyney also changed over the years.”

Kennedy-Blalock credited Cheyney’s provost and chief academic officer Kizzy Morris and Cheyney’s director of first year experience and orientation Daneisha Allen for helping her sign up for courses and providing emotional support as she worked her way back into the classroom and studies.

She was advised by Cheyney professor of social relations Vincent Miles. Miles, who was also Kennedy-Blalock’s adviser 15 years ago, played a huge rule in her registration process.

“Sharlet came back to Cheyney highly motivated,” Miles said in a statement. “She made a major life commitment by taking college courses, being a mom and helping her kids with remote learning all at the same time. She uses her life with her children as an example of working hard and doing it right the first time.”

A New Jersey native, Kennedy-Blalock has years of experience in social relations. She has established a career in health and social services helping people in need of all ages. For the last five years, she has been an independent living coordinator working with young adults aging out of foster care.

Kennedy-Blalock said Miles had helped her get into social work years ago.

“When I was a student at Cheyney in 2001, I initially wanted to go into social relations because it was a concentration in criminal justice,” Kennedy-Blalock said. “During that time, Dr. Miles helped me get a job at a juvenile detention center.

“As I was getting to know the kids there, I realized that most of the kids were there because of situations that were out of their hands,” she added. “I wanted to do something about that and the experience I had there led me to go down the social work path instead of criminal justice.”

Kennedy-Blalock is joining her husband, Gary Blalock, as a Cheyney alumni. He graduated in 2005. Kennedy-Blalock said she met him on campus when she was a student in 2001. At the time, she was a cheerleader and he played football. Gary Blalock’s parents, who didn’t attend Cheyney as students, also met at the campus many years prior.

She said she originally chose to go to Cheyney for college because of the “family-like environment.”

“Cheyney always had that close-knit family environment,” Kennedy-Blalock said. “I met my best friends on their campus many years ago. Our alumni always stay active, connected, and provide support for one another.

“It’s truly just an honor to be able to attend the first HBCU,” she added. “The fact that my children have two parents that not only attended college but also graduated from an HBCU itself speaks volumes.

“We continue to teach them history and have them learn more about themselves as young African-American youth. African-American history is washed down in education in general, so I think we push and teach them more. We want them to know their worth and who they are.”

In the future, Kennedy-Blalock wants to continue with her education and get a master’s degree in social work. She is looking at Delaware State University.

“The biggest thing that I want people to take away from my story is that it’s OK to prioritize yourself,” Kennedy-Blalock said. “It’s OK to be selfish when the goal is education. If you keep your eye on the prize there will always be light at the end of the tunnel. Helping yourself will ultimately help your family.”