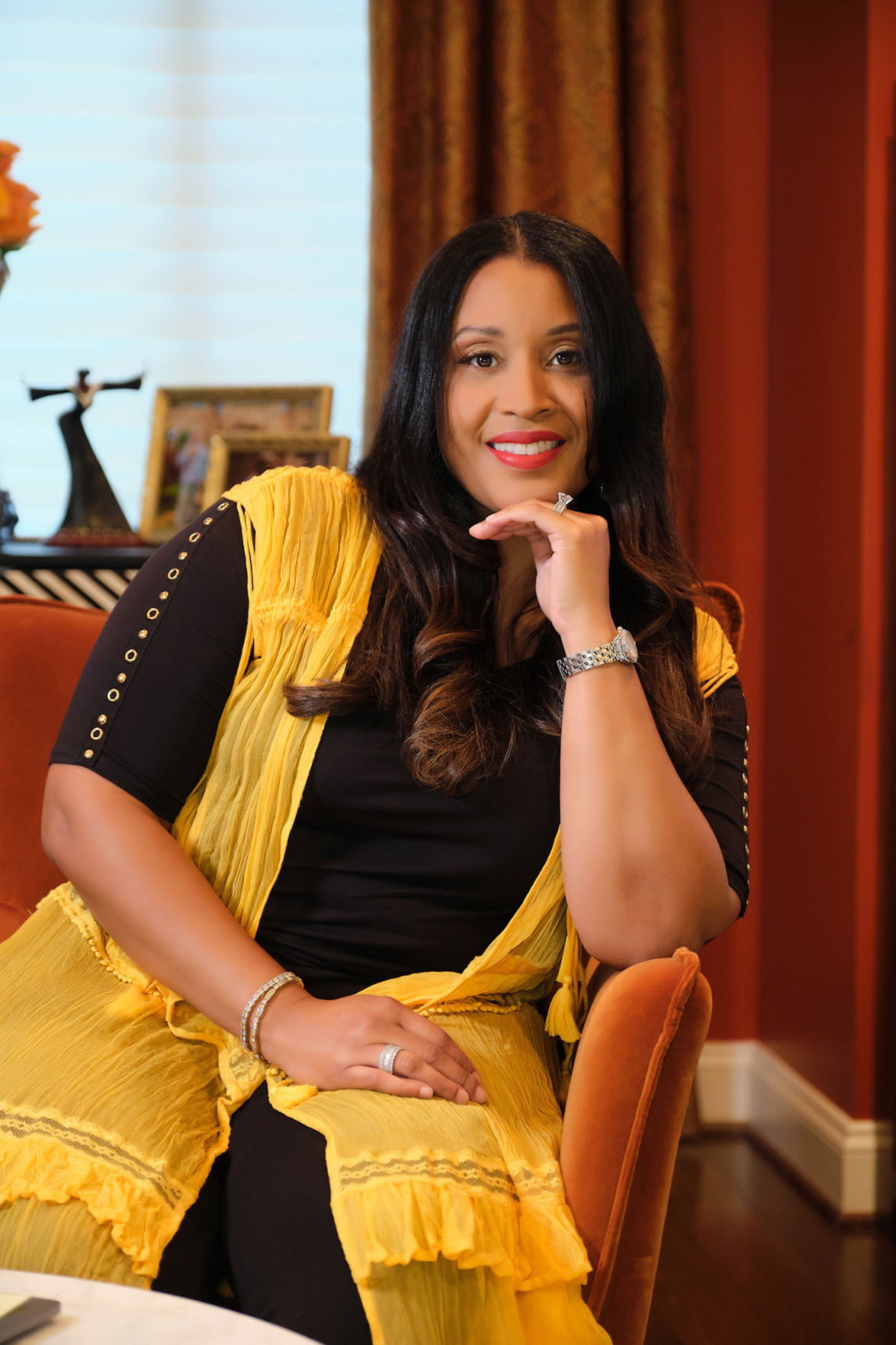 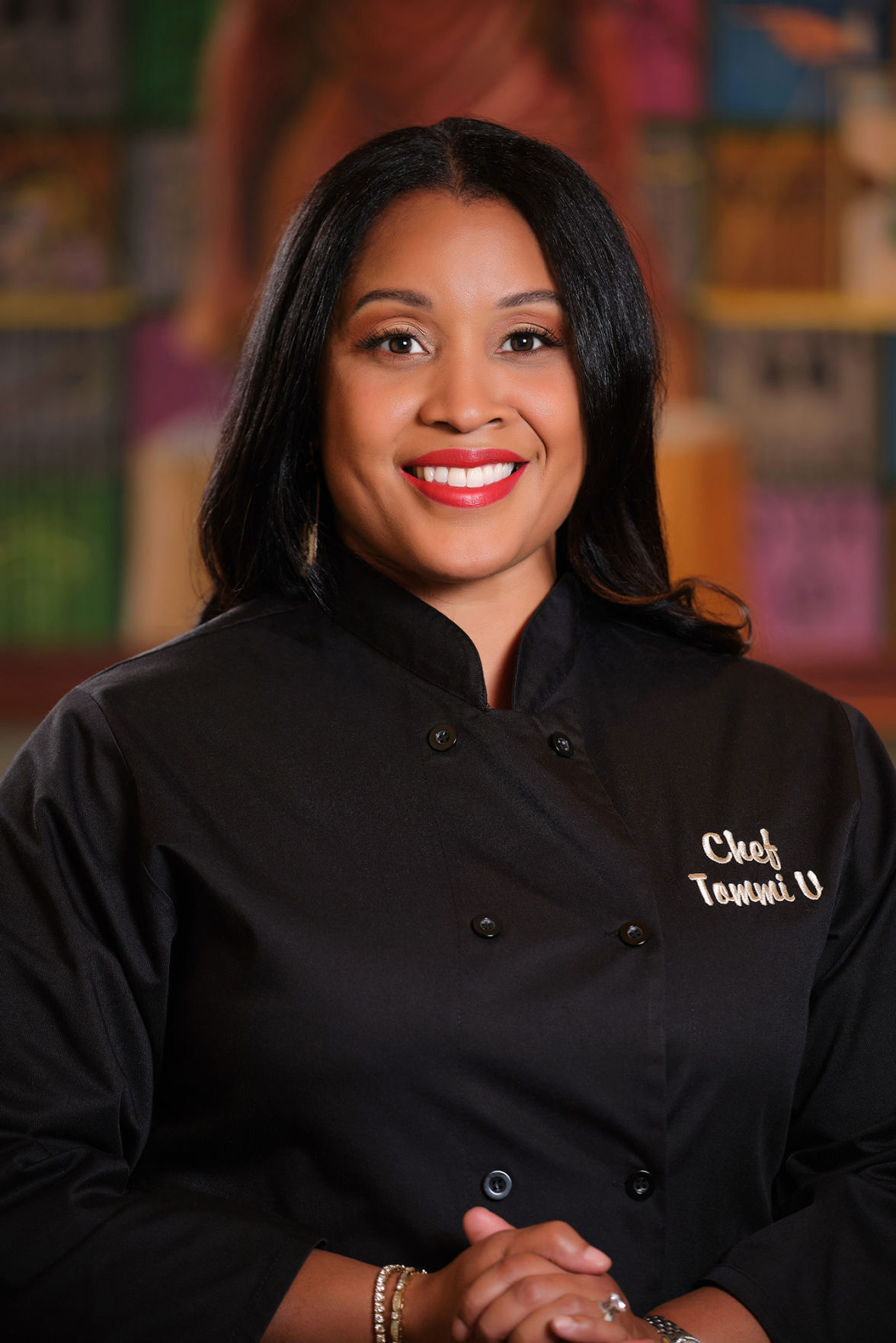 Tommi Vincent says that even though COVID means saying goodbye to large Super Bowl parties, it doesn’t mean that you can’t celebrate if you do it responsibly. —Greg “Fritz” Blakey Photo 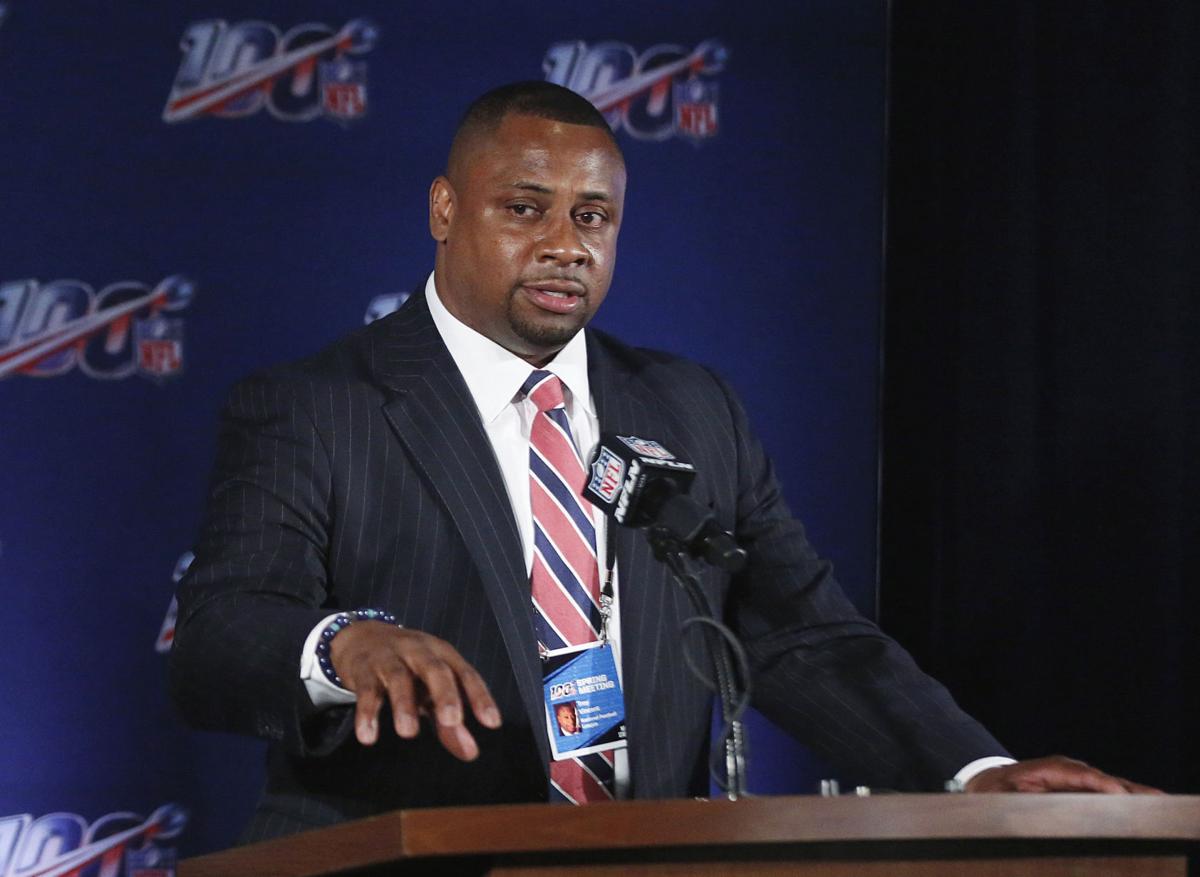 The Mean Green Turkey Burger was inspired by NFL vice president Troy Vincent’s time with the Philadelphia Eagles as a cornerback, his wife Tommi Vincent says.

Tommi Vincent says that even though COVID means saying goodbye to large Super Bowl parties, it doesn’t mean that you can’t celebrate if you do it responsibly. —Greg “Fritz” Blakey Photo

The Mean Green Turkey Burger was inspired by NFL vice president Troy Vincent’s time with the Philadelphia Eagles as a cornerback, his wife Tommi Vincent says.

When Tommi Vincent was a student at Temple University, she wasn’t much of a football fan. Now the chef, motivational speaker, mother and wife of NFL legend and executive Troy Vincent sings a different tune.

Her husband Troy Vincent signed with the Philadelphia Eagles in 1996 and spent eight seasons with the team as a cornerback.

“When I was at Temple, I wasn’t really into sports,” she said.

Now she looks forward to them, although they may not resemble any game day that you may be used to.

“As a result of my husband’s position at the NFL, as the executive vice president of football operations, we definitely don’t view the game like everyone else,” Vincent said. “I look through the lens of how he does. He’s responsible for the execution of the game. Just like when he used to play, I’d be watching the game wanting the whole team to win but ultimately my heart sits with him.”

The chef’s heart also sits with her love of cooking and entertaining. She said that even though COVID-19 means saying goodbye to large Super Bowl parties, it doesn’t mean that you can’t celebrate — as long as you do it responsibly.

“If you have food, where people are treating it like a buffet, that could be problematic. And so my thought process was to create items that you would actually be able to put together in a basket,” Vincent said. “You can make individual baskets for people so you all are experiencing the same type of food. It’s like a tailgate party, but it’s individualized, so you still can also have that whole vibe.”

The chef said things like small sandwiches, burgers and wings are great for getting that tailgate experience while practicing social distancing.

“One of my favorites is a turkey burger with spinach and feta. This burger was inspired by Troy’s time in Philly, when he played with the Eagles. This particular recipe is actually called the Mean Green Turkey Burger,” she said.

“You want to have a smorgasbord of items to select. It’s not like you’re sitting down and having your Sunday dinner, you want finger foods that you can hold on to, especially during a pandemic,” Vincent said.

No matter how you plan on watching the Super Bowl, she said there’s plenty of ways to celebrate and to do so safely.

“I really wish people would get away from this place of thinking that they’re missing out on something. They’re willing to risk it all for one moment in time. This is a — God willing — temporary situation and we need to make small sacrifices now for the benefit of everybody,” the chef said. “It’s just the right thing to do. You can make modifications and still have the opportunity to engage and fellowship with each other, and do it in a responsible way so that we’re saving lives in the process.”

For the past 28 years, the African American Children’s Book Fair has faced snow, sleet and other inclement weather to make sure the event happened.

Great-granddaughter of Ida B. Wells says the activist's greatest legacy is her family (copy)

Each year thousands of car enthusiasts come to the Pennsylvania Convention Center to check out what’s new in the automotive world. For the las…

Family is very important to Yolanda Adams. It’s what got her into radio and what has made her successful.