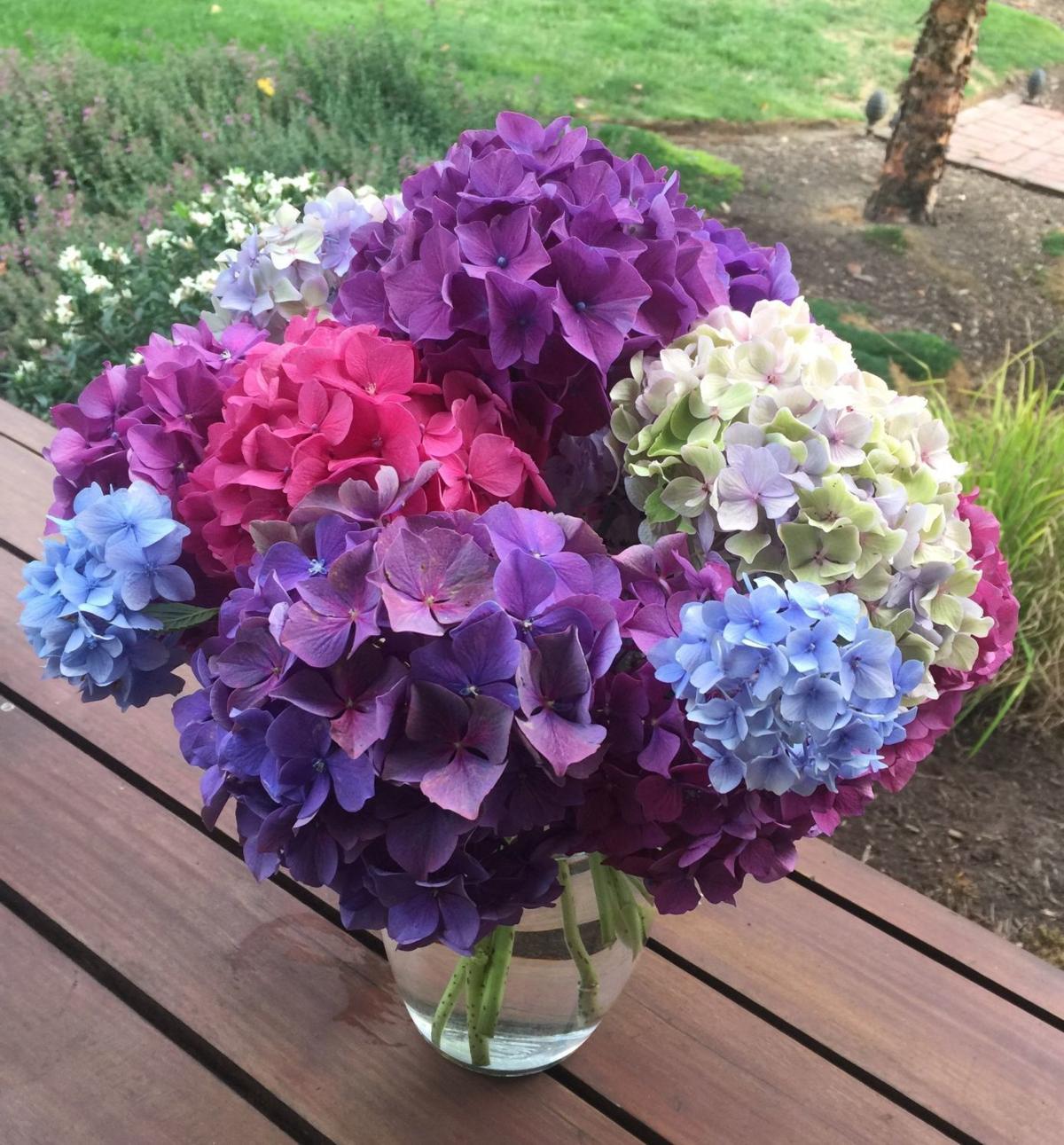 This lush assortment of freshly cut hydrangeas should continue looking fresh from five to seven days before they begin to wilt. The vase life of cut flowers lasts longer when they’re kept in cool areas and are properly nourished. 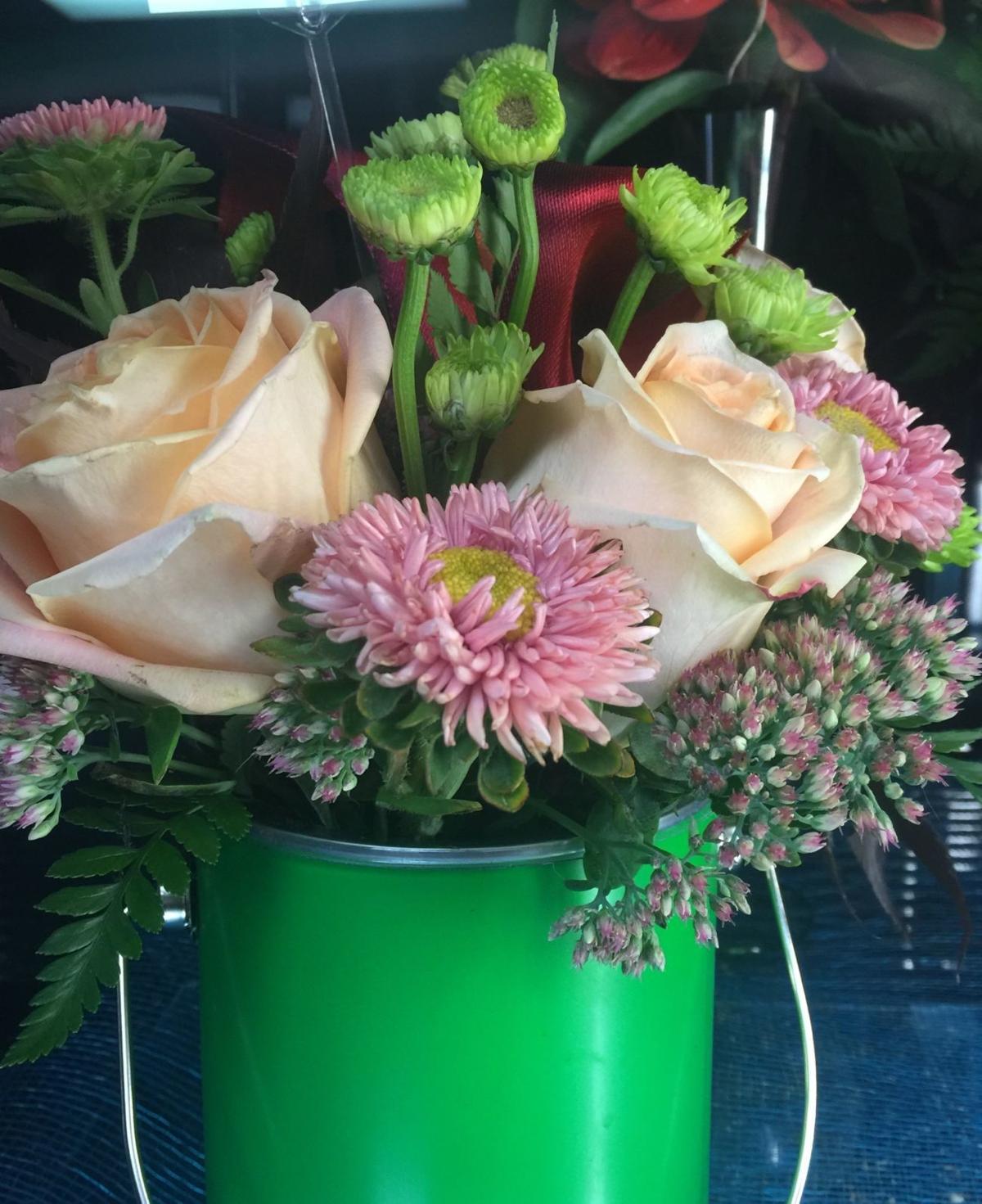 These cut flowers are not fully open, which should add a few days to their vase life. — Dean Fosdick via AP

This lush assortment of freshly cut hydrangeas should continue looking fresh from five to seven days before they begin to wilt. The vase life of cut flowers lasts longer when they’re kept in cool areas and are properly nourished.

These cut flowers are not fully open, which should add a few days to their vase life. — Dean Fosdick via AP

Fresh cut flower arrangements are fleeting, but you can keep them lively longer by taking a few simple steps in selection, conditioning and nourishment.

“Cut flowers generally last five to seven days after the time they get to the consumer,” said Lisa Mason Ziegler, a cut flower grower and operator of The Gardener’s Workshop, an online flower farming school near Newport News, Virginia. “Dahlias and sweet peas are more like five days. They have a shorter life but look fabulous.”

When selecting cut flowers, keep in mind that iris, tulips, snapdragons and daffodils have an extremely short vase life — less than a week. Orchids, carnations and chrysanthemums usually last two weeks or more.

A clean vase is important, Ziegler said. “Put it in a dishwasher to remove any bacteria. Then cut 1 to 2 inches off each stem before putting them into the vase. They’re probably clogged but cutting will open them up and they’ll be able to feed again,” she says.

Conditioning needs vary, said John Dole, an associate dean and floriculture specialist at North Carolina State University. Some varieties require more managing than others, but all cut flowers should be fed.

“Use the flower food packets that most likely came with the bouquet,” Dole said. “Mix according to directions and position the flowers into the vase. After they’ve had their first big drink, take them out, put in fresh water and cut the stems again.

“By doing that your flowers will last longer and the sugars in the flower food will enhance their colors — particularly the purples,” he said.

“We’ve tried a wide mixture including aspirin, pennies and vinegar,” he said. “The only one that seems to have any validity is a clear soda (like 7-Up or Sprite) mixed 50-50 with water. It has to be the regular stuff with sugar.”

Additional tips for extending the vase life of cut flowers:

Give stems a nice flat cut if the flowers are going into a vase where the stems will be resting against the bottom, Dole said. “If you’re placing stems into a foam, a pointed cut will be better.”

Remove any leaves below the water line. “They’ll decompose and either get sucked up into the stems or stimulate bacteria growth,” Dole said.

Choose flowers that are well colored and not fully open. That will add a few days to their vase life, Dole said.

Ethylene gas, produced by fresh fruits and vegetables, is a naturally occurring ripening agent that can drastically shorten the life of many cut flowers. “Put your fruit in the kitchen and keep the flowers in the dining room,” Ziegler said.

Location is important. “The cooler the area the better,” Ziegler said. “Cut flowers last longer if kept out of direct sunlight. Refrigerating them overnight is good but it doesn’t work for all flowers. Dahlias love it; zinnias will turn black.”

Kensington residents have cultivated fresh vegetables on abandoned lots in the corner of Norris and Lawrence streets for seven years. Last yea…

Simple can be gorgeous when setting a holiday table

Setting a gorgeous table for a holiday meal doesn’t have to be expensive or difficult, says interior designer Elizabeth Stuart. Sometimes, a s…