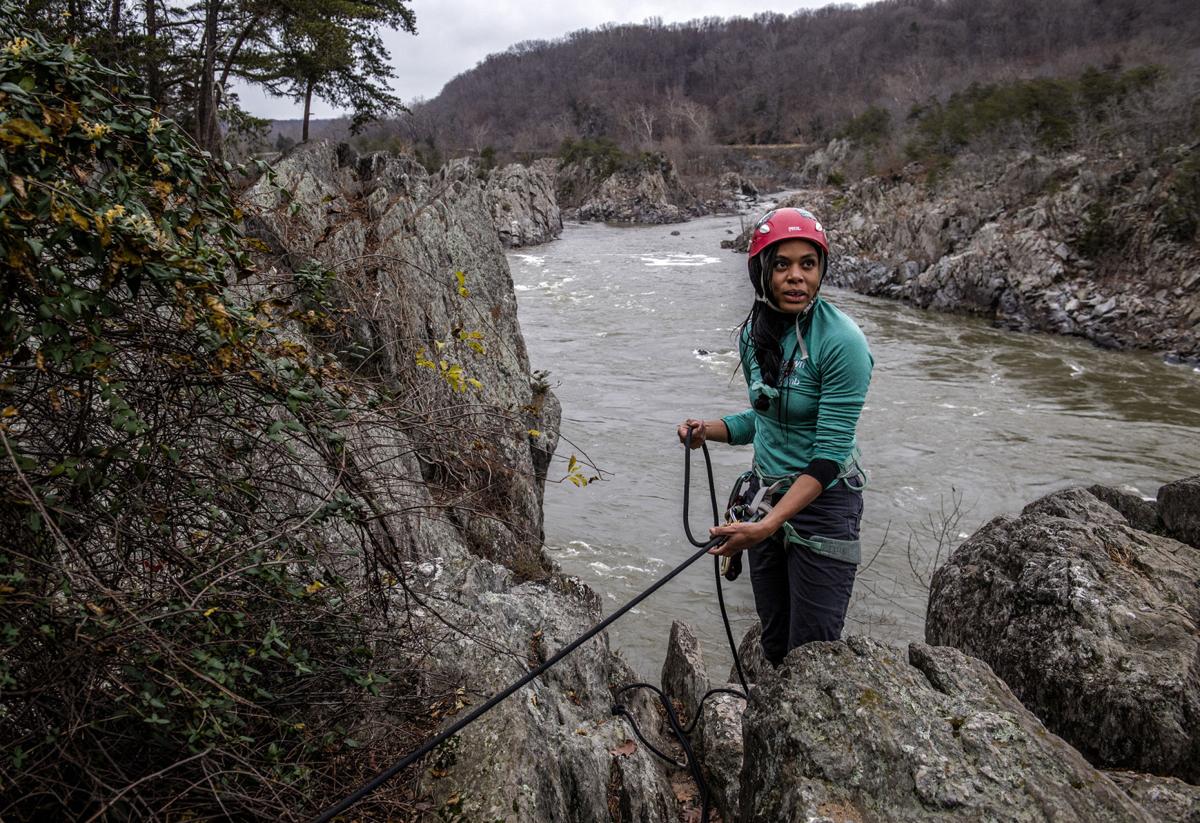 Brittany Leavitt of Brown Girls Climb ﬁnds deep fulﬁllment in being able to “redeﬁne who is a climber and who is considered ‘outdoorsy.’ ” —Photos: Bill O’Leary/Washington Post 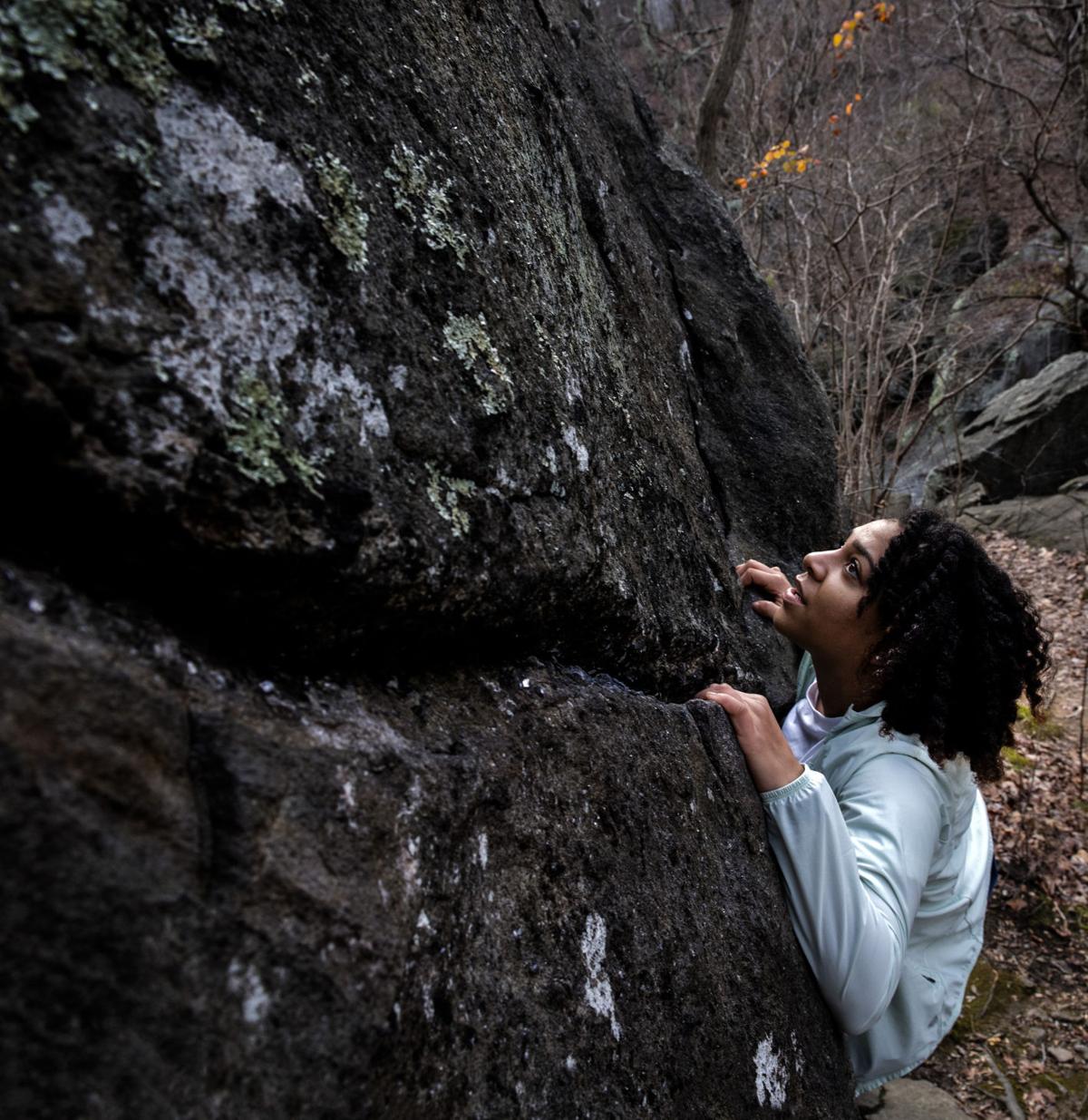 Brittany Leavitt of Brown Girls Climb ﬁnds deep fulﬁllment in being able to “redeﬁne who is a climber and who is considered ‘outdoorsy.’ ” —Photos: Bill O’Leary/Washington Post

Nearly 70 years ago, New Zealand explorer Edmund Hillary and Sherpa Tenzing Norgay became the first confirmed climbers to reach the summit of Mount Everest, the world’s tallest peak. Since then, just over 10,000 others have completed the feat. Of those, only a handful have been Black and only one a Black American. In May, under the name of Full Circle Everest Expedition, a team of nine, highly qualified Black climbers intends to change that.

The brainchild of team leader Phillip Henderson, 58, the project is about “summiting Everest first,” and “everything else second.”

But with 30 years of experience in climbing, mountaineering and working in the outdoors industry, often as the only Black person in any group, Henderson sees the Everest expedition as a way to bring diversity and change to his chosen field.

“The analogy I like to use is that there’s a cruise ship that has been headed in one direction,” he says. “It’s time to turn it around.”

The name Full Circle is a nod to the team’s efforts to both represent that diversity and bring more of it to the mountains in the future. Like any other team intending to tackle the world’s highest mountain, the Full Circle members will have to put in months of training and fundraising, all the while serving as representatives to and for a population that for the most part hasn’t had exposure to the world of mountaineering.

“I hear ‘Black people don’t do that,’ all the time when I talk about my climbing,” says Seattle-based team member Rosemary Saal, 28, an outdoor educator. “That only perpetuates the stereotypes. It’s important to change the narrative.”

Like others in the group, growing up, Saal was often the only Black rock climber. “I was exposed to climbing at age 12 through a local REI store. It was the first time I discovered this was something people did,” she says.

The climbers hope that seeing a group of Black Americans atop Everest will change that narrative, in part by creating stories that show it can be done. “It’s hugely significant to contribute to representation in these outdoor spaces,” Saal says.

“There’s been an intentional lack of access for Black people. When Hillary first summited [Everest], Black [women] couldn’t even vote in this country” and national parks had only recently been desegregated, Saal says. “This expedition is all about showing, ‘Yes, we can do this.’ “

While Henderson likes to say that “the team picked itself,” he is the nucleus and mentor to the others, having conceptualized the project and invited each member. This will be Henderson’s second attempt at the summit, the first an unfinished bid back in 2012.

The group has some PhDs in environmental and science fields, multiple summits of Mount Kilimanjaro in Tanzania and Denali in Alaska, and years of climbing, mountaineering and instructing experience. (For the record, climbing often refers just to a specific “wall” like El Capitan in Yosemite National Park, while mountaineering refers specifically to summiting big mountains).

“Each team member has the experience to say that Everest is a challenge,” Henderson says, “but they all have the skills.”

Even with the necessary skills and their mountaineering experience, Everest, at about 29,032 feet, takes special preparation. Each of the Full Circle climbers is training on his or her own right now, but there are plans for more big-mountain-specific training in the new year, ideally as a group.

“We have to be a bit spontaneous to work around everyone’s schedules and commitments,” Henderson says. “But some of us are getting in climbs up 14rs [peaks that top out over 14,000 feet], where we can. If we had the option of getting together and training regularly, we would.”

Scott will provide tech and logistics support at base camp.

“I love the vision for the project and the people involved, but I don’t want to climb Everest,” she says. “Taking people who are already doing amazing work in diverse communities and giving them a chance to reach more people via mountain climbing is really wonderful.”

Saal, on the other hand, is headed to the summit. While climbing Everest has not been a long-held personal goal, she says that the mountain is usually in the back of every climber’s mind.

“Even people who don’t know much about the sport know Everest, and so I’m always asked if I plan to climb it,” she says. “When Phil called, I said yes immediately.”

Living in Tucson, Saal doesn’t have immediate access to big mountain climbing practice, but she’s making do with her surroundings. “I get out hiking as much as possible and aim for double-digit elevation gain each week,” she says. “I also have Mount Lemmon here at 9,000 feet, so that’s helpful.”

Taylor lives in the Boulder area, and can get to higher peaks within a couple of hours drive. “Right now, my focus is on planning and fundraising, but I’ll be turning things up in January,” he says. “I did a good deal of climbing with heavy packs over the summer and have a decent level of fitness as a base.”

No matter who’s climbing or what their experience level is, Everest brings with it a unique set of risks — on average, about five climbers lose their lives there annually.

Saal says she has a “healthy dose” of nerves. “My ultimate goal is to come back from the expedition and that our team contributes to the safety of the mountain,” she says. “I’m mentally and emotionally preparing and remind myself that if the mountain allows us to climb it, that’s beautiful.”

Having the desire, skill and determination to climb Everest is just one part of the equation. Funding is another big piece of the puzzle.

A standard supported climb can range from about $30,000 to $85,000 per person. For custom climbs, where you choose your teammates, guides and guide ratio, the price tag can run well over $100,000 per person.

To help defray those costs, Full Circle has lined up the support of several mountaineering brands although the group is still seeking donations.

“The expedition is very timely, as I think many brands and organizations are beginning to recognize the colonial history of mountain climbing,” Saal says — meaning the history of White male climbers, many from the British Empire that once ruled over India and the Himalayas — and are supportive of an effort to change the face of the sport and bring in traditionally marginalized populations.

SCARPA, a climbing shoemaker, is another. “SCARPA believes that it is very important for these types of stories to be shared, from every community, and for the outdoor industry to do everything we can to support the individuals telling the stories,” marketing and communications director Melanie Hood says.

Taylor says that as more people hear about the effort, interest and financial support has picked up.

“A month or so ago, things were kind of quiet,” he says. “But now we know we’re going to Everest. I’m happy to be part of a story that hasn’t been shared before.”