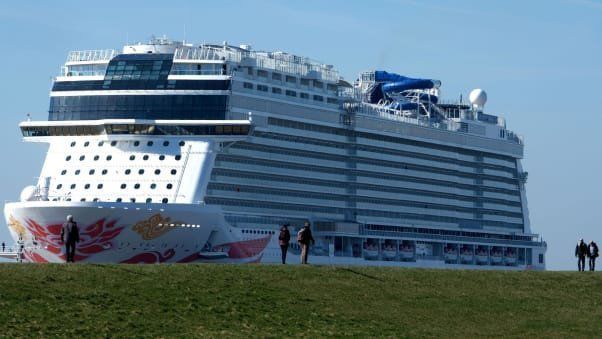 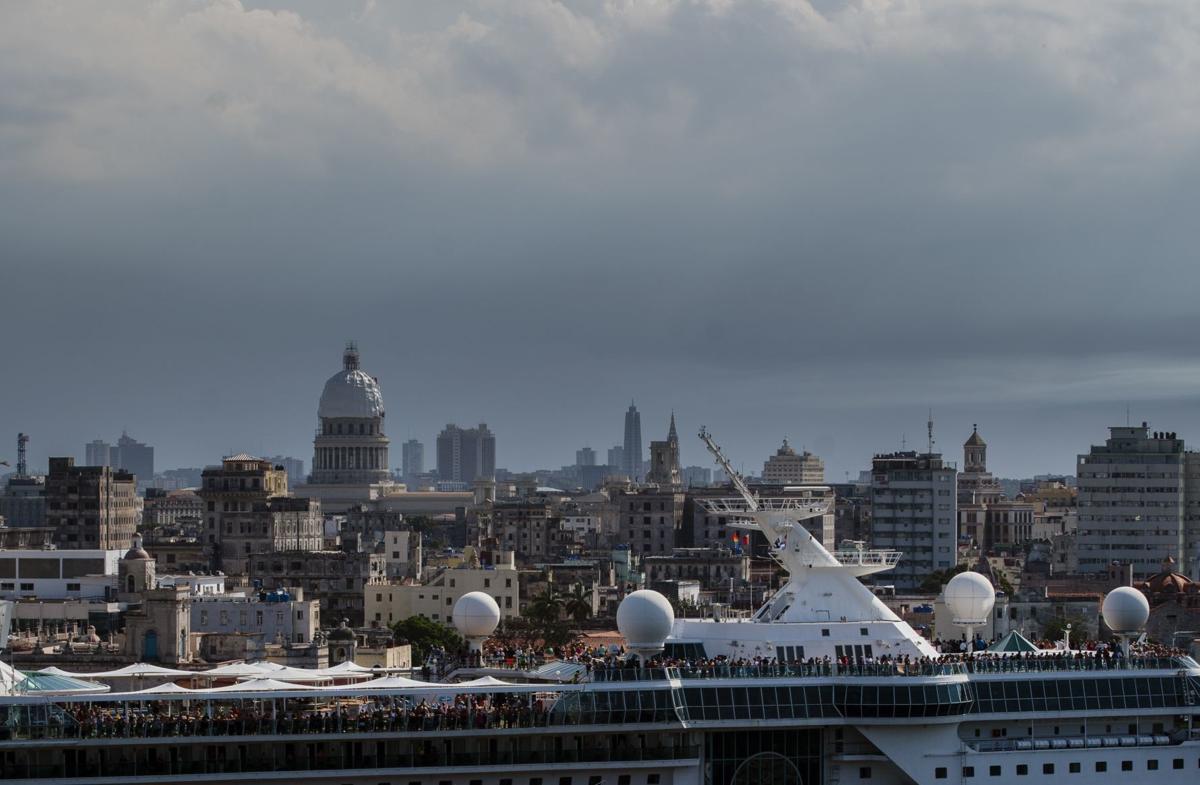 Passengers fill the top of The Empress of the Seas, a Royal Caribbean vessel, as it navigates out of the harbor in Havana, Cuba. — AP Photo/Ramon Espinosa 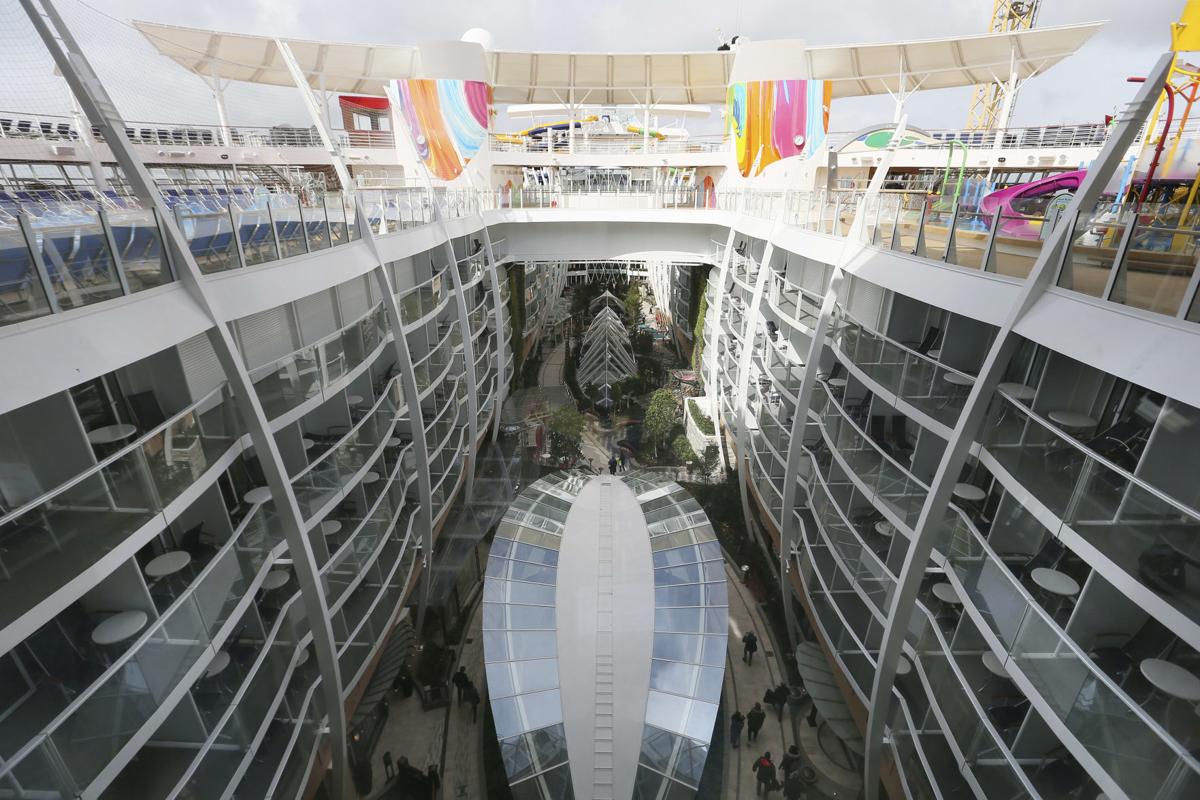 Passengers fill the top of The Empress of the Seas, a Royal Caribbean vessel, as it navigates out of the harbor in Havana, Cuba. — AP Photo/Ramon Espinosa

Napoleon is said to have claimed that an army marches on its stomach.

And while comparing a modern cruise ship to a unit of the Grande Armée might be a bit of a stretch, both face the same basic problem: how to keep several thousand people constantly supplied as they move from one place to the next.

Fortunately for those that live near their ports of call, and unlike the soldiers of 200 years ago, passengers on cruise ships aren’t expected to live off the lands they visit.

But this doesn’t make things easier for the ships’ quartermasters.

One essential is sorted, at least, as modern cruise ships are capable of producing a large proportion of their own fresh water. They do this either by distilling it from sea water (a process that uses the ship’s own heat and steam) or desalinating it through a reverse osmosis process, where water is filtered through a special membrane.

But the dozens of bars, restaurants and shops on board must still be stocked with all sorts of wares to serve a diverse and discerning clientele that is eager to consume pretty much around the clock.

During the season, cruise ships tend to follow set itineraries, stopping at every port for some 10 hours on average. It’s during this time window that the task of provisioning has to be conducted like clockwork. Logistics is one of those functions on board a ship that few ever get to see in action, but is essential to guarantee the best experience for the passengers.

And with cruise ships getting larger every year, the logistics involved are staggering.

Even a relatively small cruise ship, such as the high-end Viking Orion, with a maximum capacity of 930 passengers, gets through some 5,000 eggs and 4,000 cups of tea per day, to name just one example.

And, then there’s the washing: 10,000 dishes every day, 14,000 bedsheets and pillowcases per week. And the crew, of course, needs to look smart, with some 900 uniforms that must be pressed daily.

Now imagine what the numbers look like for considerably larger ships.

Take, for example, the Symphony of the Seas, currently the world’s largest cruise ship. Feeding around 6,600 passengers and 2,200 crew on a typical seven-day itinerary requires some 60,000 eggs, 9,700 pounds of chicken, 20,000 pounds of potatoes and 700 pounds of ice-cream. The list goes on and on — including, of course, the 450 cases of Champagne that are brought on at the start of each trip.

It’s a similar story for other giants of the seas.

“The ship sends a request to our office according to the loading schedule, usually one or two weeks prior to the loading day for local provision, but in some cases further in advance,” explains Emanuele Lavarello, food and beverages procurement director at MSC Cruises, a firm that operates ships such as MSC Meraviglia and MSC Bellissima, both with capacity for more than 4,500 passengers.

The ship’s food requests will be based on past experience of consumption, and the list of items necessary to prepare on board menus and services.

For example, when operating in the Mediterranean, and before every cruise, MSC Bellissima loads most of its provisions at its home port of Genoa, Italy, and receives an average of 15 full trucks of food and beverages per cruise (two of them carrying fresh fruit and vegetables).

“Fresh produce is often sourced locally during the itinerary, since it must be managed and delivered very carefully due to limited shelf life and storage temperature constraints,” says Lavarello.

“We also use tactics like buying different kind of ripeness for the same products in order to have ready-to-eat items that can be served at perfect ripeness for the guests throughout the cruise.”

Loading activities can take between six and eight hours on the pier, and easily involve more than 100 different stakeholders. On the ship’s side, the inventory compliance officer, the food and beverages director, the provision master and the chef and storekeepers all play a role in loading products and checking quality and quantity, so that they meet the cruise operator’s standards.

Just as important as getting all those provisions on board, there’s the management of related waste, a major concern when the fragile health of marine ecosystems is at stake.

Globally, around one-third of food produced for human consumption goes to waste. With lavish buffet-style dining currently being a key part of the cruise experience, the risk of excess is high.

“We are able to identify the proper food quantities required, based on a number of factors including prior guest history and occupancy,” says a source at Norwegian Cruise Line, some of whose ships, such as the 4,000-passenger Norwegian Bliss, are among the world’s largest.

“The provision master works in conjunction with the food and beverage director and our corporate team to ensure we are sourcing and receiving the appropriate supplies and quantities for each cruise.”

Carnival’s Costa Cruises has pledged to reduce food waste by 50% fleetwide by 2020, with the help of tech company Winnow and its system which weighs and records what kitchens throw away.

In their annual environmental reports, cruise operators like to emphasize how much investment has gone into waste management and waste recycling and repurposing.

“There are significant improvements compared to the situation 15 years ago,” says Konstantin Tchetchine, general manager, business development, marine solutions/water and waste at Wärtsilä, a Finnish company that provides waste management technology for the shipping industry.

“For example, cruise ships recycle about 60% more waste per person than the average person recycles on shore. Still, the ship owners and ship operators are facing many challenges,” he adds.

A ship with 6,000 people on board can generate around 2,100 tons of waste water, 24 tons of wet waste (food waste and bio sludge from waste water treatment plants) and 14 tons of dry waste per day (solid burnable waste, plastic, glass, tins and cans). All this waste altogether is enough to fill around 110 trucks.

Each of these three main types of waste can itself be further categorized into multiple other waste categories, each requiring its own treatment.

Waste water comprises black water, from toilets, gray water from showers, galleys and laundry, as well as bilge waters, which have gone through the engine room and been exposed to oil and chemicals. Ships must have processes in place to treat each of these.

Wet waste is, in turn, de-watered and dried. This reduces its volume considerably and it is then stored in a silo. From there it can be conveyed into an incinerator for burning, or to a bagging station prior to discharge to land facilities after docking in port.

Dry waste is divided before treatment into burnable, non-burnable and recyclable items. Then, depending on the material (plastic, aluminum, glass and so on), it’s either shredded or compacted, again with the goal of reducing the space it takes up.

In summary, the whole waste treatment infrastructure required by a large cruise ship is nothing short of that of a small city.