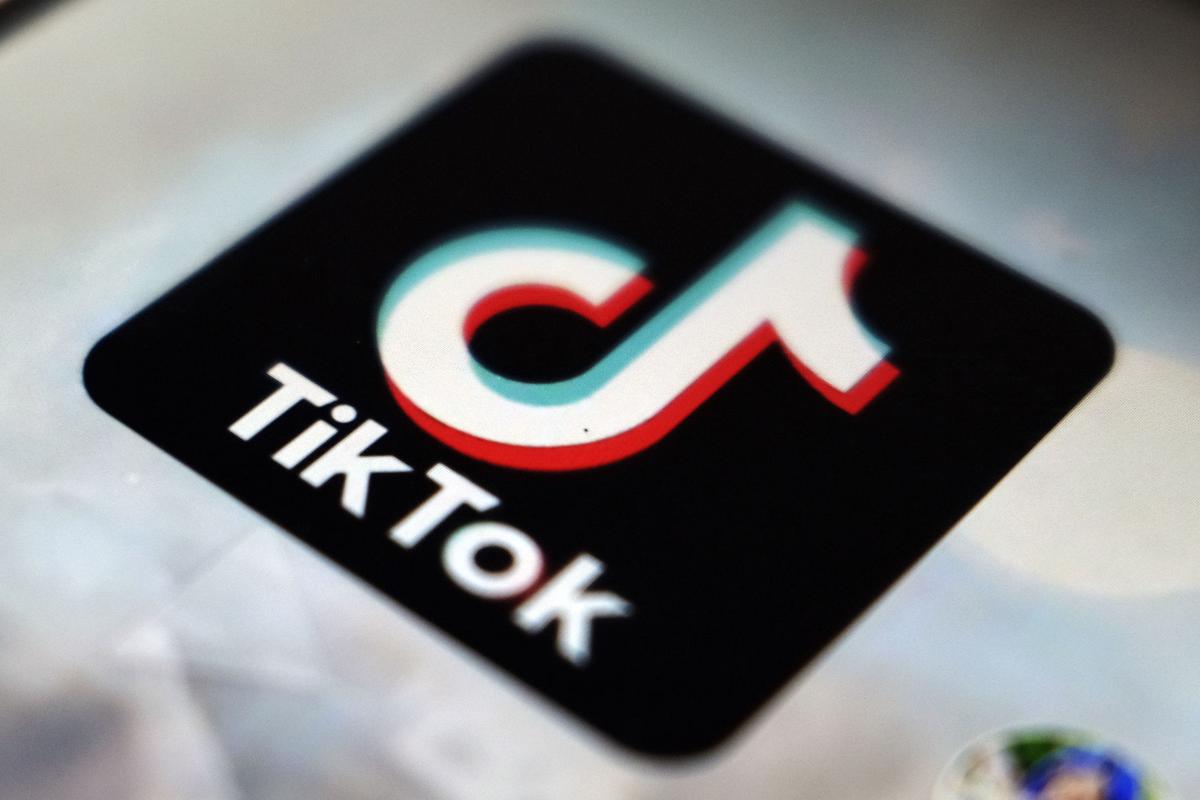 The TikTok app logo appears in Tokyo on Sept. 28, 2020. TikTok was built on wacky dance trends (remember the Floss?), but the short-video platform has grown into much, much more as millions signed on during the pandemic. So where does that leave all that dancing? Slightly and thankfully muted for the dance-craze weary. —Kiichiro Sato, AP Photo,File 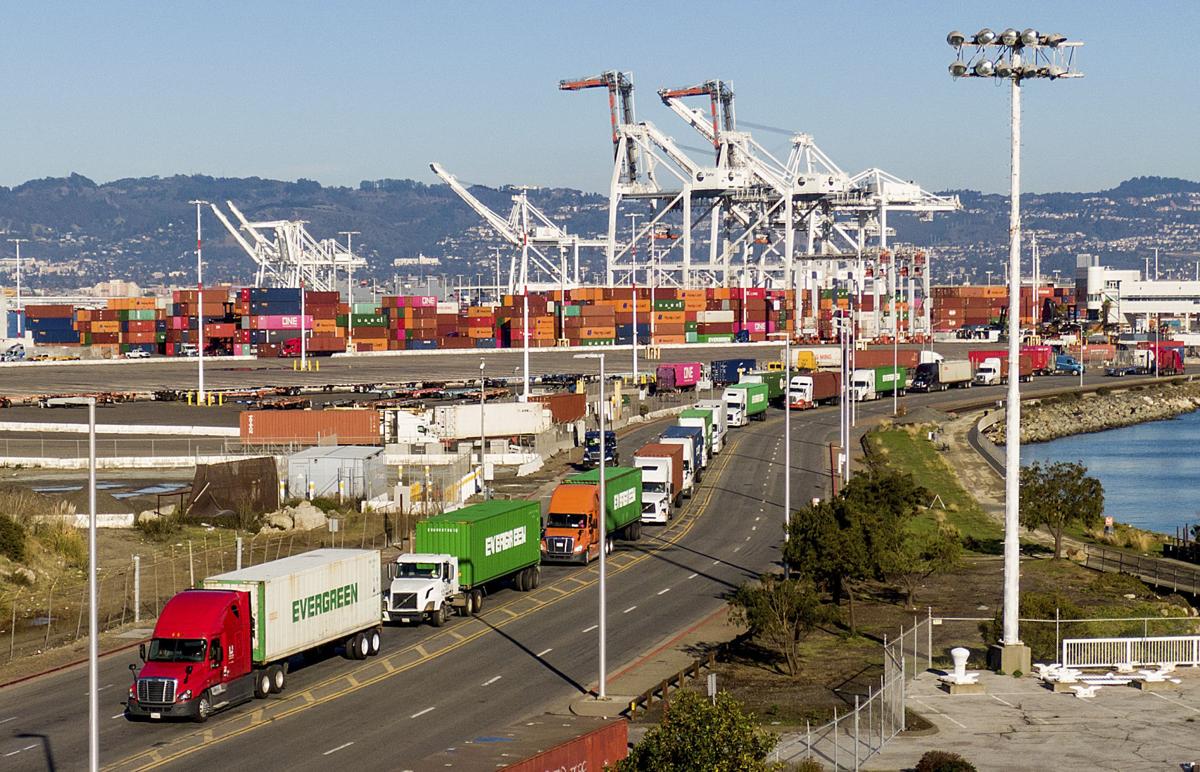 FILE — Trucks line up to enter a Port of Oakland shipping terminal on Nov. 10, 2021, in Oakland, Calif. Intense demand for products has led to a backlog of container ships outside the nation’s two largest ports along the Southern California coast. (—Noah Berger, AP Photo, File 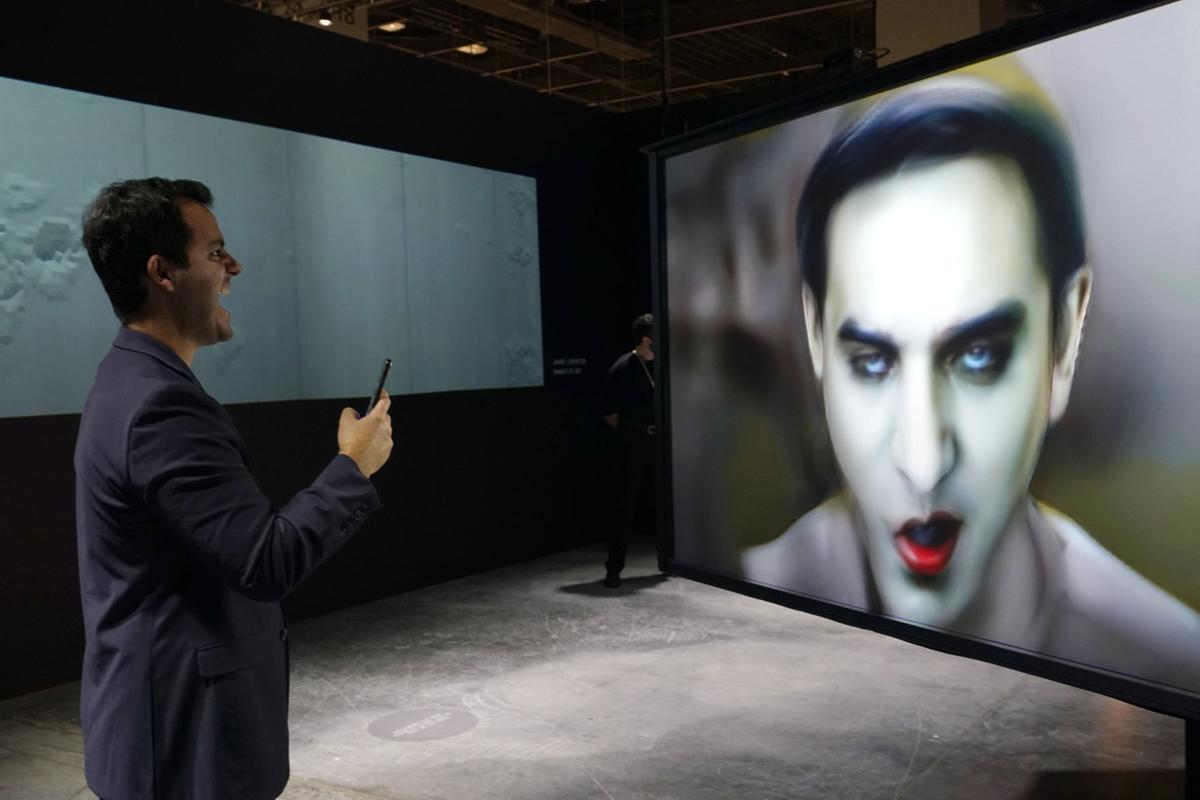 The TikTok app logo appears in Tokyo on Sept. 28, 2020. TikTok was built on wacky dance trends (remember the Floss?), but the short-video platform has grown into much, much more as millions signed on during the pandemic. So where does that leave all that dancing? Slightly and thankfully muted for the dance-craze weary. —Kiichiro Sato, AP Photo,File

FILE — Trucks line up to enter a Port of Oakland shipping terminal on Nov. 10, 2021, in Oakland, Calif. Intense demand for products has led to a backlog of container ships outside the nation’s two largest ports along the Southern California coast. (—Noah Berger, AP Photo, File

NEW YORK — The pandemic, politics, pervasive anxiety over the climate and the economy. Did 2021 leave us any time to ponder anything else? As we limp our way into a new year, there are a few more things we’d like to leave behind, from pop culture’s obsession with all things apocalyptic to the well meaning but exhausting lay dancers on TikTok.

DYSTOPIA PALOOZAWar, destruction, disaster: Popular entertainment has certainly reflected, expanded upon and imagined the very doom of it all. But must it continue at the same rapid clip? The latest, “Squid Game,” was a huge score for Netflix. Its creator can’t imagine a future without a second season of the deadly Korean series. Fans rejoiced. Dystopia is merely one genre, however, one storytelling technique. Would we not benefit from an equally heavy dose of stories that focus on solutions and, dare we say it, inspiration? We’re talking that middle ground between zombies and “The Great British Baking Show.” Just think about it.

TIKTOK DANCEATHONYou seem like a nice person, but you’re a registered dietitian, not a dancer. And, quite sadly, you never will be. Yes, we could scroll right on by and not gaze on your barely there moves. Yes, we realize you’re having a great time and simply trying to entertain. But there are just so darn many of you. TikTok was built on wacky dance trends (remember the Floss?), but the short-video platform has grown into much, much more as millions signed on during the pandemic. So where does that leave all that dancing? Slightly and thankfully muted for the dance-craze weary.

THE SHE-CESSIONThere’s little doubt the pandemic touched all our lives in different ways and continues to wreak havoc around the globe. There’s also little doubt that women were disproportionately impacted as they struggled to make it all work from home. And, yes, men did things but women had higher job losses and increased responsibilities. The economic fallout was dubbed the “she-cession.” The thing is, what’s the alternative, a “he-cession?” Nope. Some women find the gender-specific term demeaning and ask that the media and economists cut it out. And while we’re on the subject, can we rid ourselves of the term Great Resignation, aka the Great Quit, for all those folks who voluntarily left the workforce? Good luck to them.

SHAPEWEARIt made Kim Kardashian West a pile of money to go with her other piles of money. Her Skims shapewear brand, which branched into loungewear during the pandemic, is valued at $1.6 billion, according to The New York Times. It comes in a range of styles, colors and sizes. Oprah Winfrey and Reese Witherspoon are among new investors in Spanx. But hasn’t life lived largely at home taught us to embrace our bulges, bumps and whatever else it is we’re trying to hide with shapewear? Can’t we all just march back into our old lives feeling good in our own skins? Let alone the idea there are some health risks to intensely compressing our organs for prolonged periods. Let it fly, people! Don’t let the old constraints of the fashion elite take over after all those months in cozy duds and the de-escalation of underwire. #FreeOurBodies.

NFTSWill they be over before oh so many people have figured out exactly what they are? So some naysayers predict while stans fuel headlines and the little buggers sell for millions. Non-fungible tokens are, basically, digital art or just about anything else in digital form. They’re stored on blockchains (digital ledgers). The point, you ask? Good question. NFTs are effectively digital certificates of authenticity, like the declaration in the physical world that your original van Gogh is one of a kind. The rest of us will be heading to the non-digital gift shop for the poster or fridge magnet as the world figures out the metaverse. On offer: The NFT of the Merriam-Webster definition of NFT, with net proceeds going to the global nonprofit Teach for All. Hallelujah.

There’s a whole lotta leveling up going on in a world where level off and level out already reside. And by level up, we’re talking the gamer term for making it to the next level. The phrase has gone mainstream in a range of contexts. The perfectly good and universally understood alternatives? How about advance, develop, improve, evolve, grow and, we venture, ameliorate. Can we just celebrate our work successes, our upgrades, our escalations, our impressive pushes onward without reinvention for reinvention’s sake? As Ciara sings: five, four, three, two, one ...

What Zima started White Claw ran with. Now, we’ve got enough hard seltzers to make it straight on through to end of days. Just about any flavor profile can be had in a bubbly, spiked concoction in a can. There was a pickle-flavored variety until the marketing grab by two companies in collaboration sold out. No worries. You’ve still got your Bud Lites, your Pabst Blue Ribbons, your Topo Chico. You’ve got your pineapple-limes, your honeydew and your apple-pear. You’ve got your tequila-based grapefruit, your ultra organic and your watermelon chili. Still unavailable, as spoofed on “Saturday Night Live”: the J.C. Penneys and Jiffy Lubes, Exxons and Verizons. Can we take day drinking old school, pretty please?

BILLIONAIRES IN SPACEThe billionaires in space boys club got plenty of attention in 2021 as the rest of us navigated our topsy-turvy lives here on Earth. There’s lots to chew on as to the many millions spent to make that happen, in a suborbital, edge of space, floating in microgravity for a few minutes at most kind of way. And there’s the off-color jokes, of course. The ones about size and whether it matters. And there’s the great pondering over Elon Musk and why he isn’t a card carrying club member despite his founding of Space X. Richard Branson went into space aboard his Virgin Galactic rocket July 11. Branson beat out Jeff Bezos, who took his supersonic jaunt aboard his Blue Origin ship July 20. Billionaire Jared Isaacman led the first all-private orbital mission that splashed down in September after three days in orbit thanks to Space X. Because, commercial space travel is the future, don’t ya know. So are food insecurity, income insecurity, health care access barriers and homelessness for folks without a ticket to ride. Aim higher.

The global supply chain is under the weather. Factories have been forced to close amid COVD surges. The number of shipping containers is short and they’re unattainable to those who can’t afford them. Small businesses can’t pay for alternate shipping methods. Ports and warehouse are backed up. There aren’t enough truckers. Prices are on the rise as U.S. households feeling flush from stimulus checks, booming stock markets and fattened home equity have gone all spendy. Really spendy, with all of the above creating shortages of goods. Oh my. Happy New Year, one and all. Over It.