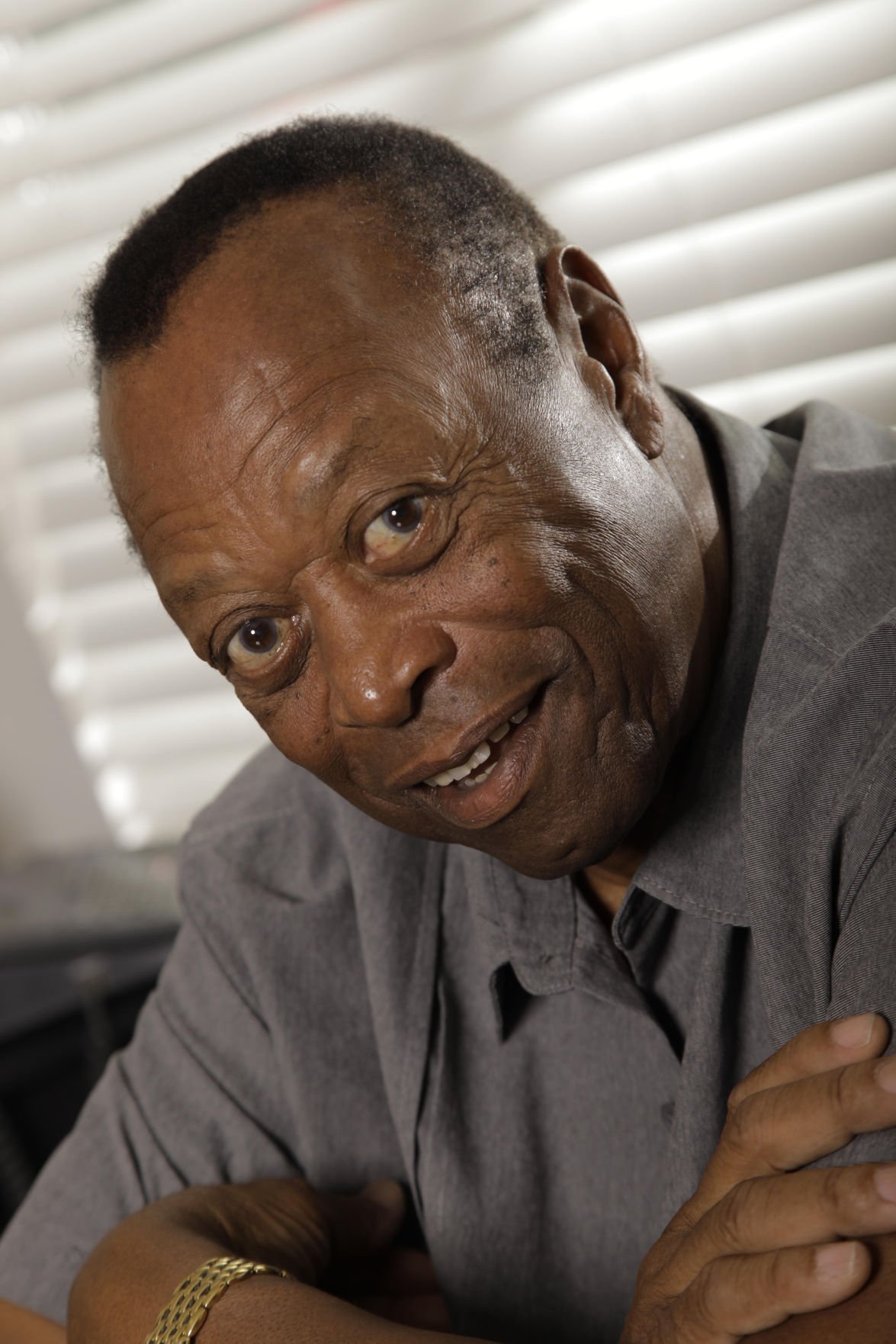 Musician Charles Wright’s self-published memoir, “Up: From Where We’ve Come – An Eventful Journey,” chronicles his rise from obscurity to stardom. — submitted photo 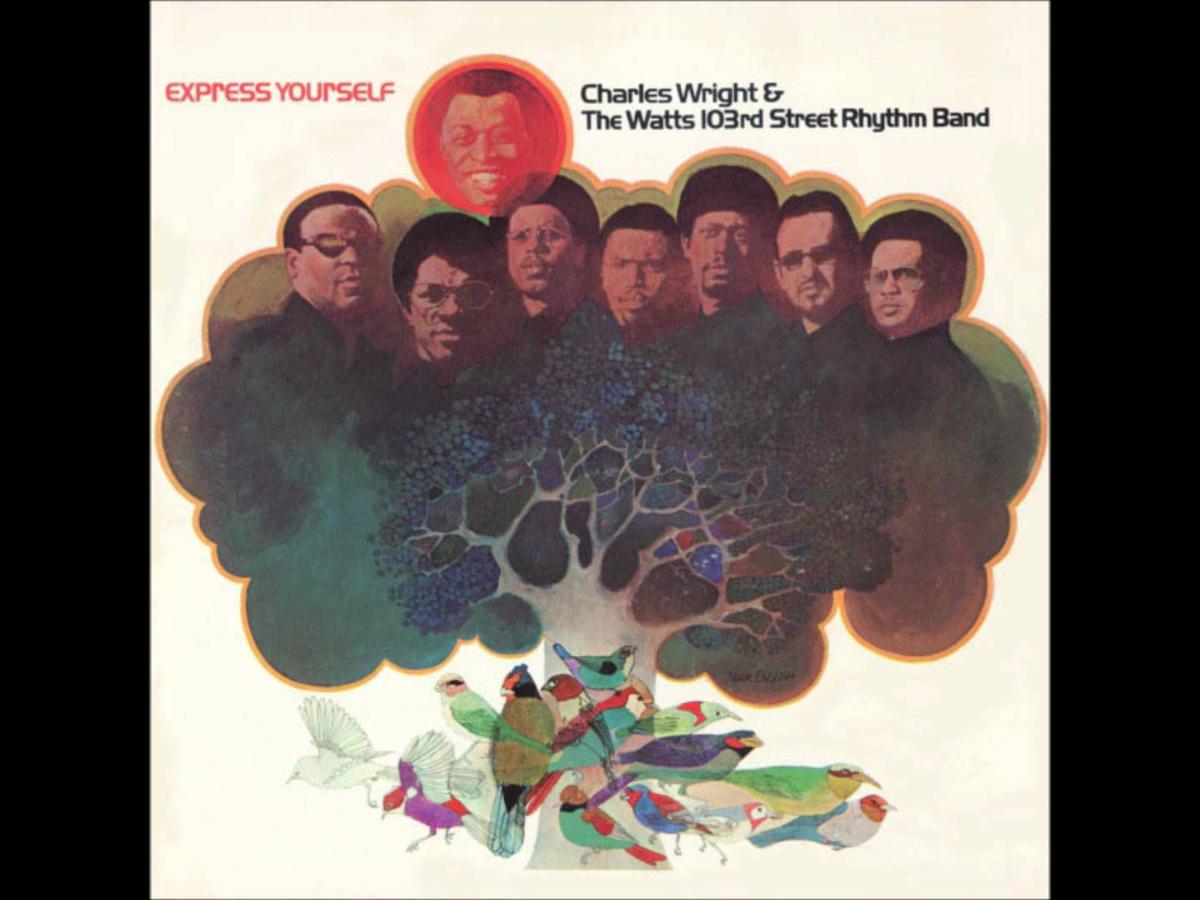 Since its release in 1970, “Express Yourself” has proven to be a hit for over four decades. — submitted photo

Musician Charles Wright’s self-published memoir, “Up: From Where We’ve Come – An Eventful Journey,” chronicles his rise from obscurity to stardom. — submitted photo

Since its release in 1970, “Express Yourself” has proven to be a hit for over four decades. — submitted photo

Without a doubt, you’ve been at a BBQ, or riding along, or shopping for groceries or even checking out a movie and the explosive baseline on “Express Yourself” has popped up. Since its release in 1970, “Express Yourself” has proven to be a hit for over four decades with a message that has become a part of the soundtrack of our lives.

For songwriter and musician Charles Wright, the song has proven to be his life changer.

While leading his renowned soul music unit, The Watts 103rd Street Rhythm Band, Wright recalled that the inspiring song was born during a concert one evening when a restless college-aged audience demanded more. “We were performing one night at Texas A&M and we had a hit song call, ‘Do your Thing.’ When it stopped abruptly, the kids kept stomping and clapping and only God made me say, ‘Express yourself!’ I don’t know why I said it, but they went completely wild. I said it a couple of other times and they responded the same way. I went home that night and started writing and by the next day at noon, I had finished it.”

Wright’s contributions to funk, R&B, and pop music have included more than a few notable hits, including, “Spreading Honey,” “Your Love” (means everything to me)” and “Till You Get Enough.” But for Wright, “‘Express Yourself” has kept going and going and going. It’s all around the world. It’s in about 80-odd commercials for television and 30-odd movies and growing.”

Wright is now sharing his fascinating life story in his self-published memoir, “Up: From Where We’ve Come – An Eventful Journey” (ExpressYourself.Net) that chronicles his rise from obscurity to stardom.

Wright was the seventh of his parents’ 12 children born in Clarksdale, Miss. and raised a cotton plantation owned by a cruel sharecropper named Edward Miles.

“I released the first half of my life story in a book, which I thought was very interesting,” said Wright. “It is an honest and true American history from a perspective of a child born in actually slavery, but they call it the share cropping era. It is the next shade after slavery, and I experienced what I called the journey.”

His family ventured west and arrived in Los Angeles when he was 12. His father had disallowed the children to listen to secular music, and now in a new environment, Wright started listening to a popular music show and was instantly transfixed.

“Even then I got the heebie-jeebies because I didn’t know nothing about it,” Wright recalled. “I heard this record on the radio by Jesse Belvin, and I found his number in the phone book and called him. I told him, ‘Mr. Belvin, I want to sing and I want to sound just like you.’ And, he gave me the best advice anybody every gave me: ‘Get you own sound, Boy, and leave mine the eff alone!’ Then, he took me under his wing and helped me to get started. I really appreciated it.”

The popular songwriter’s service to his young mentee was cut short in 1960 when Belvin was killed in a car crash at age 27. “He was a genius,” adds Wright. “I had my first hit record a year later.”

Wright’s innovative virtuosity on guitar was constantly showcased in L.A. recording studios. He quickly became one of L.A.’s most sought after session musicians, backing up the likes of Bill Cosby. This association led to The Watts 103rd Street Rhythm Band 1967 deal with Warner Bros., with them promptly becoming the label’s first successful R&B group.

Wright noted that Philadelphia played a major role in the group’s success when a popular regional radio personality and promoter requested the Watts Band to headline a local concert. “‘Do Your Thing’ was out eight months and I got a call from Georgie Woods, who wanted me to come star on his show with Ruth Brown, Chuck Jackson and all my heroes,” said Wright. “[Someone told me] I was number three in Philadelphia. I called the record company and the guy said, ‘Man, we stopped tracking that record three months ago. That guy is pulling your leg.’ So, he called Philadelphia and five minutes later he was on my phone: ‘You wouldn’t believe it! You’ve sold 93,000 records in Philadelphia, alone.’ That’s how my first hit million-selling record started right at WDAS in Philadelphia.”

“As far as my craft is concerned, I’ve tried passing it along,” said Wright. “I try to mentor people. I do teach a lot of musicians how to do what they do. A lot of the famous ones I taught. The backbone of Earth, Wind and Fire was Al McKay. He come out of my band. So did James Gatson, the hottest steel drummer. A lot of people in L.A. will tell you that I do that.”

The pioneering musician is still creating — his most recent CD is on A Million $ Worth of Memories Record label — but is troubled by today’s state of music.

“The music business is dead,” proclaimed Wright. “You can’t sell records because everybody is downloading everything and it is all computerized music anyway. It ain’t real, it is a simulation of music. If you’re playing jazz, you might hear some real music, otherwise the music that we have, R&B — the great Earth, Wind & Fire, The Ohio Players, Kool & The Gang — they’ve destroyed it. I make new music all the time, and I am about ready to give it up. Others make millions off of what we do and most of the time we never get a dime.”

However, Wright’s “Express Yourself” is seemingly timeless as it touches a chord with companies such as Chrysler, Nike, Hanes and Burger King in advertising their products. This summer, Sony Pictures Animation will feature the mega-hit song as the theme for “The Emoji Movie.”

When asked about the song’s meaning, Wright laughs.

“I meant a lot of things, but one of them was to express yourself: say what needs to be said and be done to straighten things out. And, stop jiving,” he said.