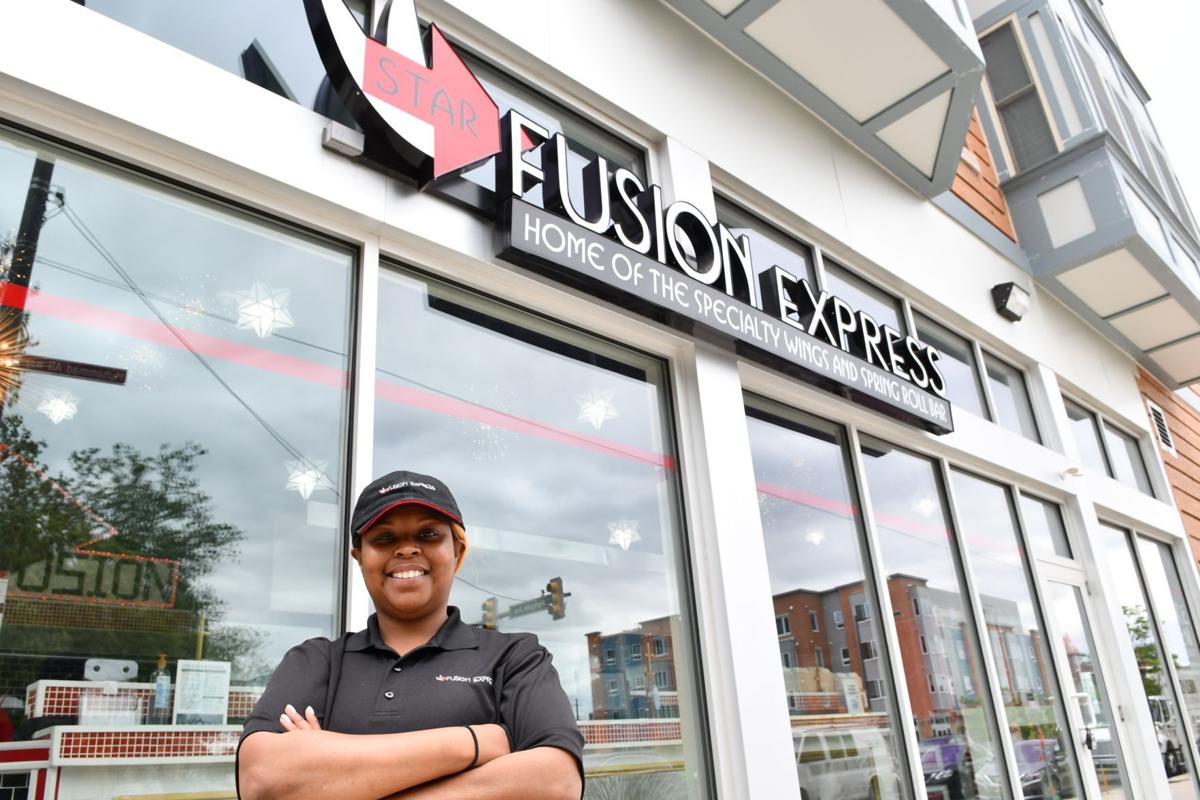 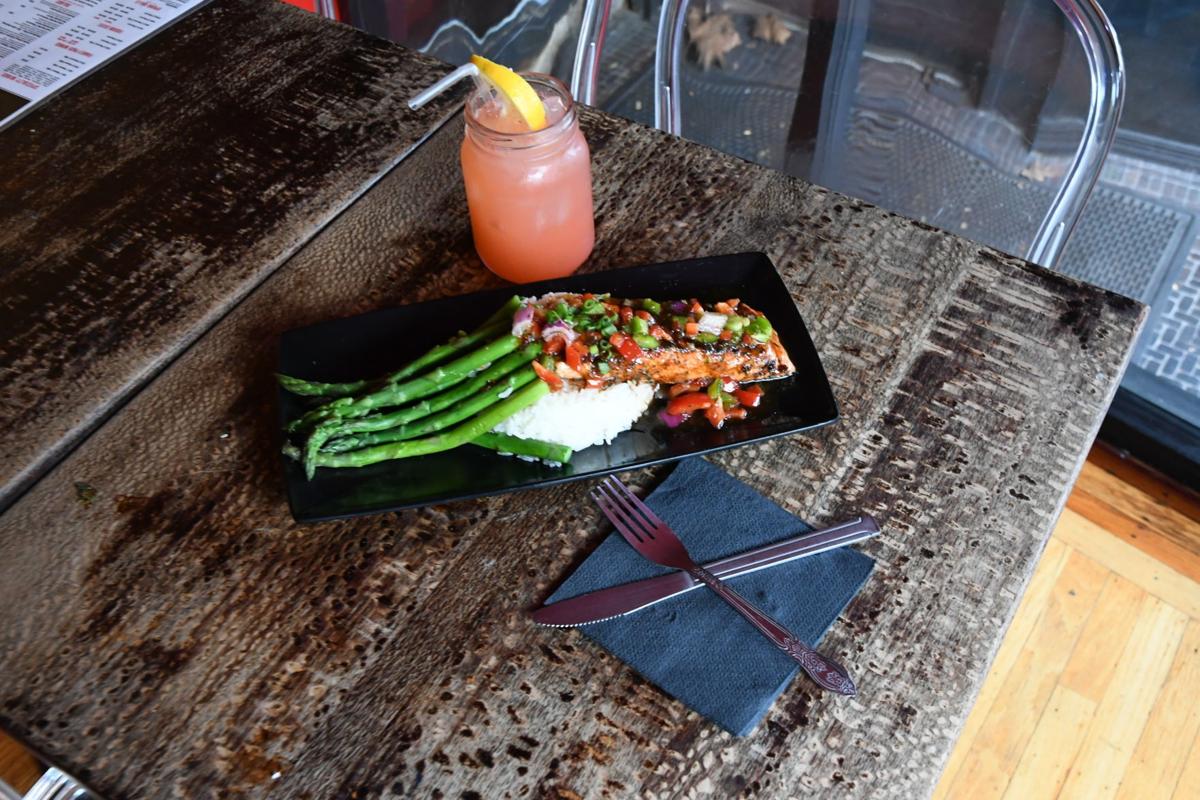 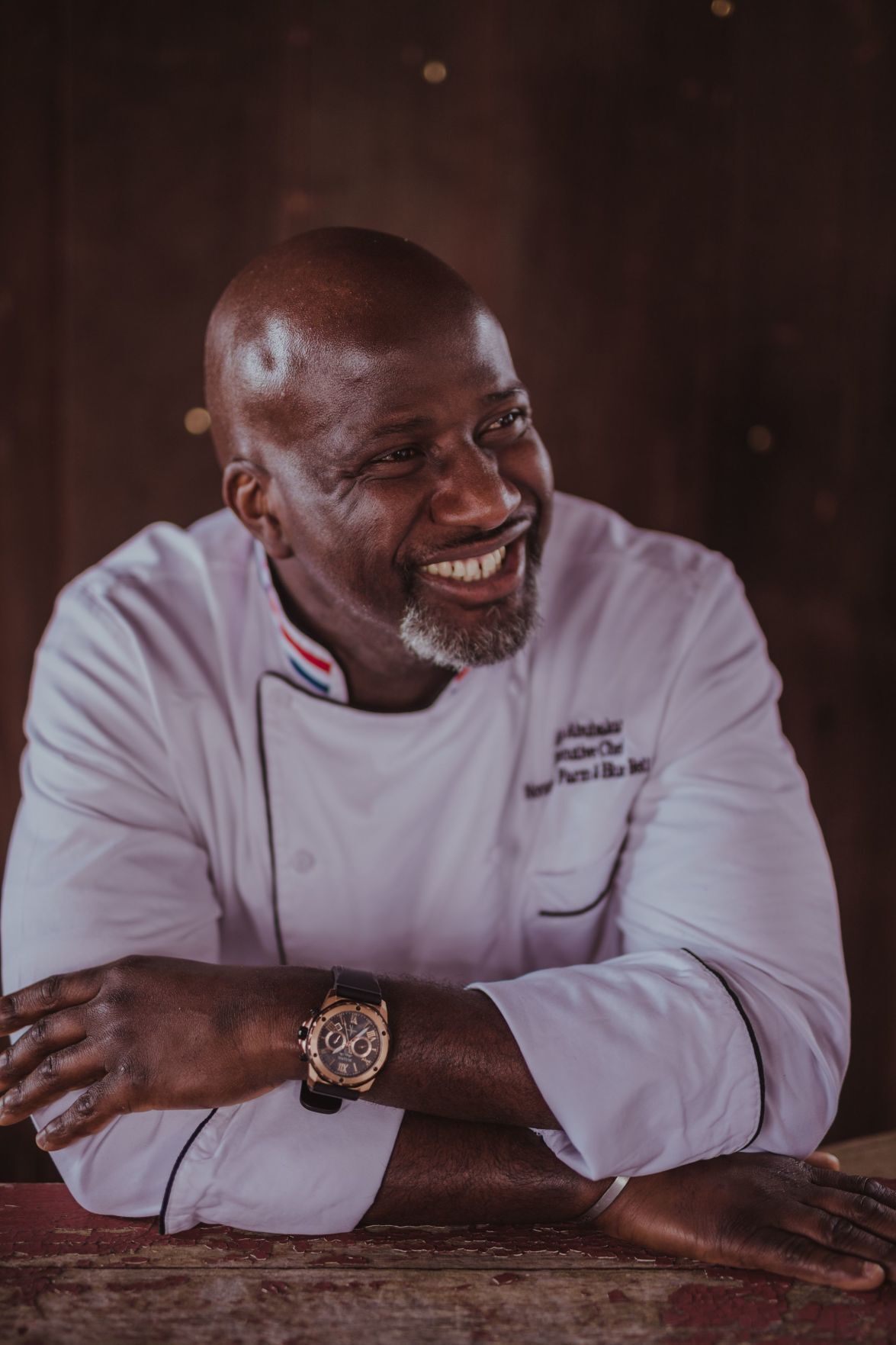 Chef Aboubacar Kouyate is the executive chef of The Imperial Restaurant. —SUBMITTED PHOTO 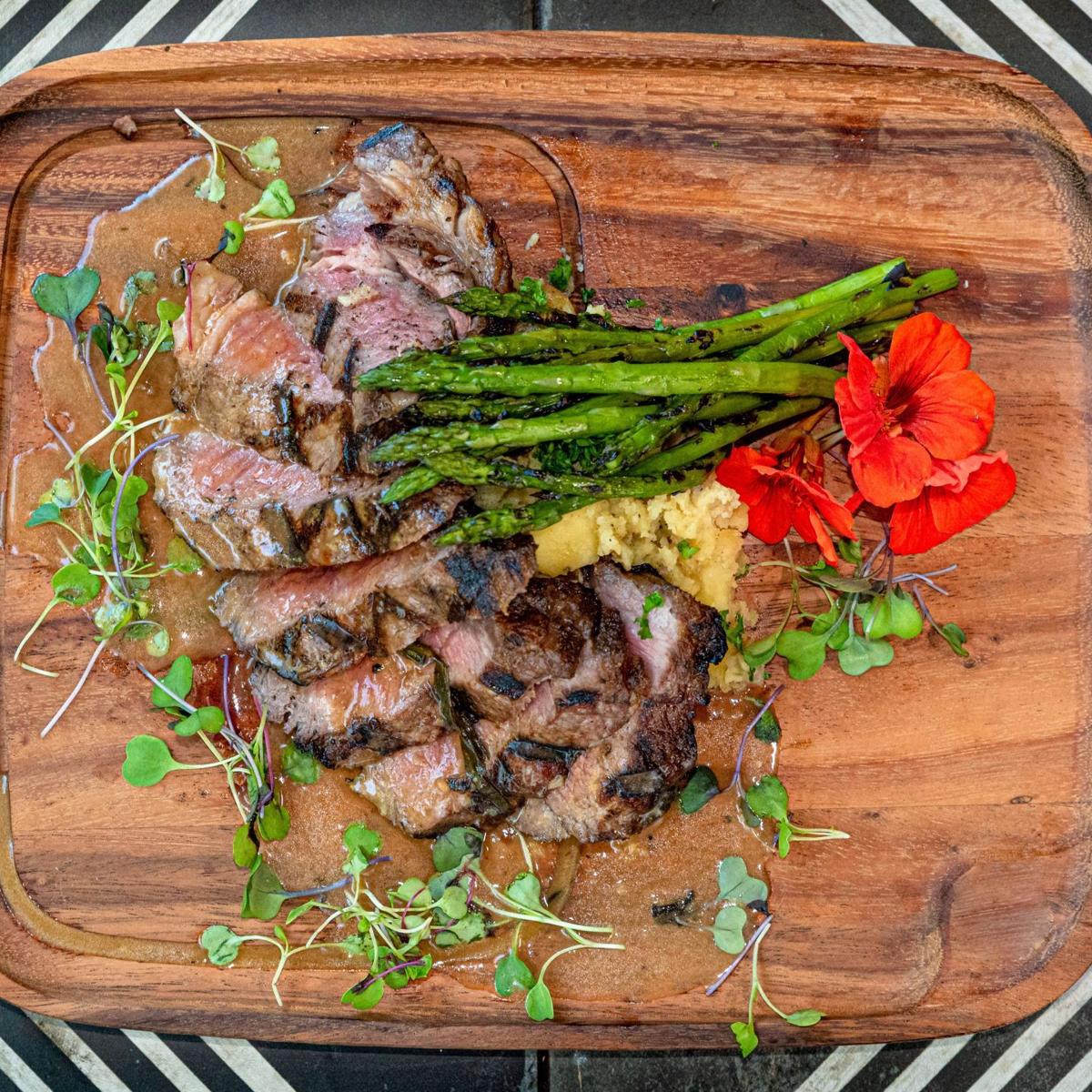 The Imperial Restaurant serves up a skirt steak. 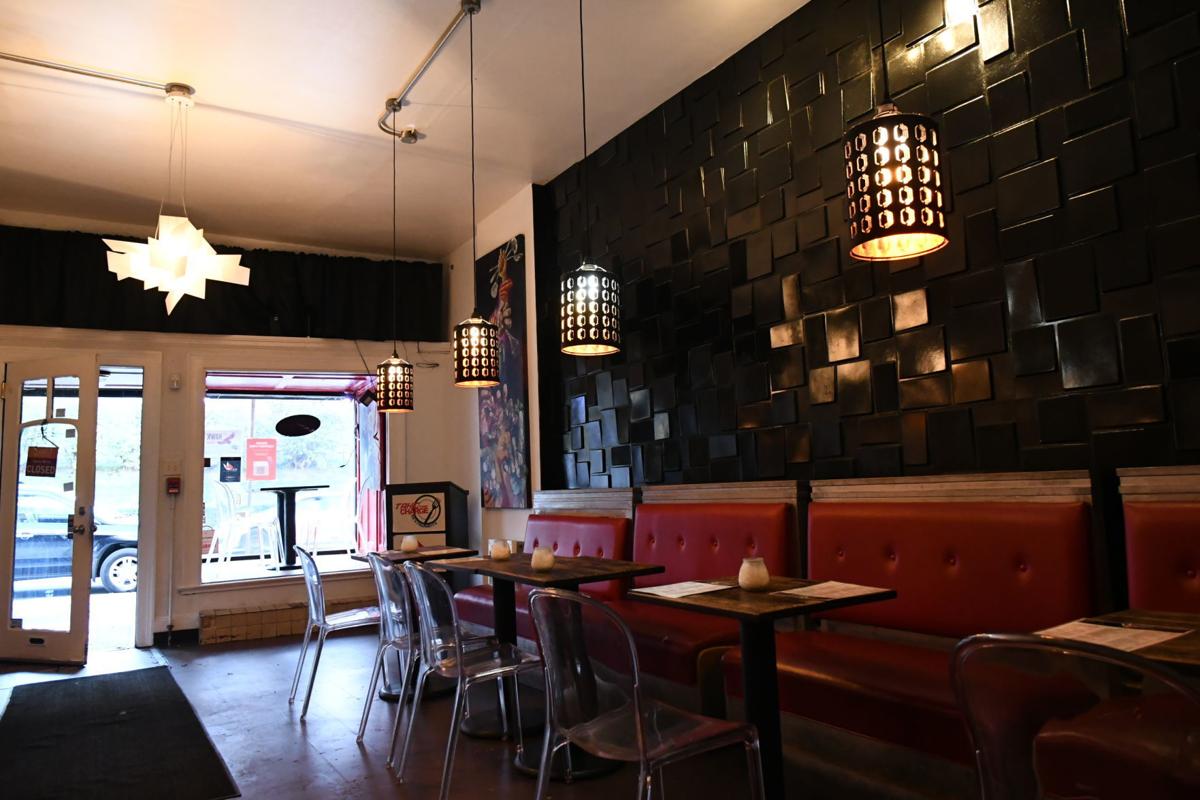 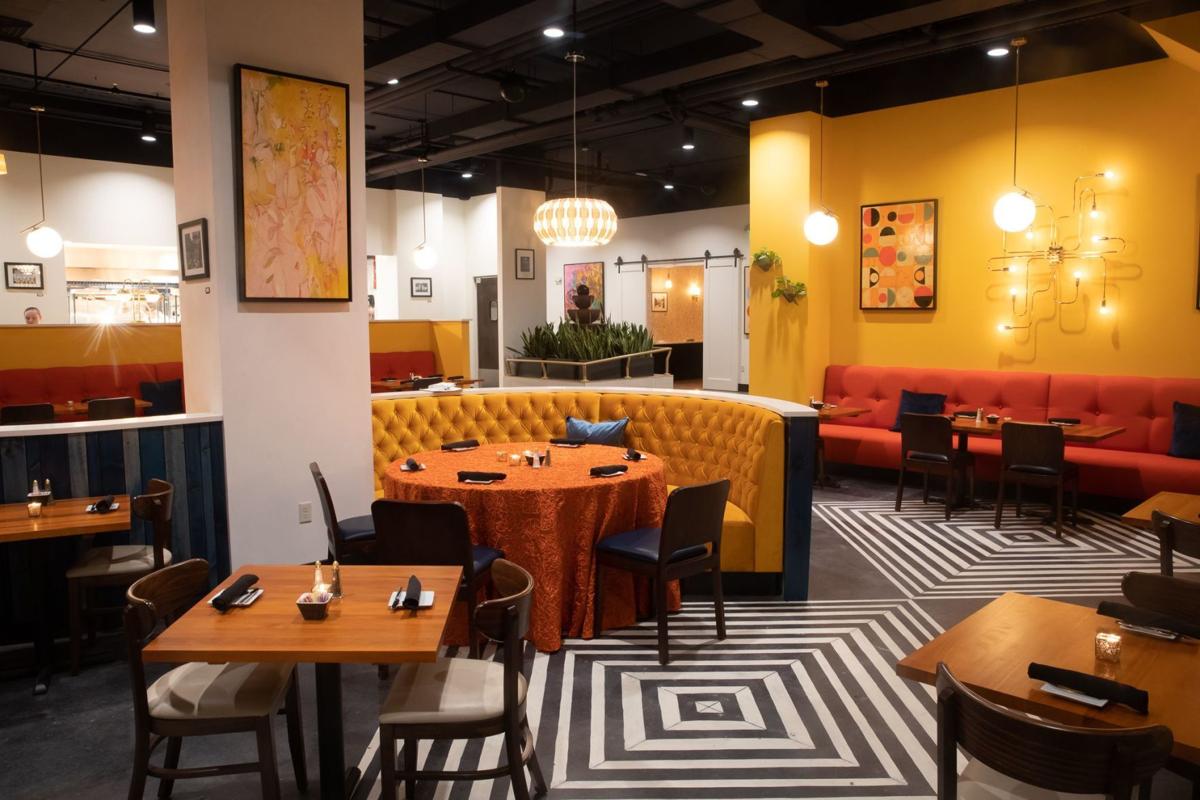 The Imperial Restaurant is located at 26 E. Chestnut Street in Lancaster. — PHOTO SUBMITTED BY GAVIN ADVERTISING

Chef Aboubacar Kouyate is the executive chef of The Imperial Restaurant. —SUBMITTED PHOTO

The Imperial Restaurant serves up a skirt steak.

The Imperial Restaurant is located at 26 E. Chestnut Street in Lancaster. — PHOTO SUBMITTED BY GAVIN ADVERTISING

Darlene Jones is excited about offering new customers the experience of dining at her two West Philadelphia-based eateries.

The owner of Star Fusion Restaurant and Star Fusion Express is participating in this year’s Philadelphia Black Restaurant Week. The event, which runs Oct. 16-25, is a culinary celebration of African American, African and Caribbean cuisine.

“What Restaurant Week does is it brings a lot of whole bunch of customers who never tried my food,” says Jones, who is marking her third year of participation. “If I can get you through the door, I feel like I got you for a lifetime as a customer.”

She says the week-long celebration helps businesses like hers receive the marketing that they need, especially as COVID-19 has adversely impacted Black-owned restaurants.

“A lot of restaurants like my own — we don’t get a lot of attention in the media,” says Jones, whose eateries fuse American, Caribbean and Thai cuisines. “We are grateful for programs like Black Restaurant Week that can help bring attention to small businesses. Especially now because of COVID, everything is touch and go with restaurants.”

And now that city officials have permitted Philadelphia’s restaurants to offer limited indoor seating, she says she’s thankful that customers can choose to dine on site, instead of purchasing takeout platters. She says her staff can return to offering diners a beautifully plated presentation.

“At Star Fusion Restaurant we’re all about selling an experience there and we were unable to do that because of COVID with the taking away dine in for the safety of our customers, which is very understandable,” Jones says.

The year’s campaign is putting an emphasis on reviving and saving the Black restaurant industry during the COVID-19 pandemic. Since kicking off its 2020 campaign in July, Black Restaurant Week has highlighted more than 340 Black-owned culinary businesses in Houston, Los Angeles, Oakland, St. Louis, Kansas City, Chicago and Atlanta.

More than 20 Philadelphia-based restaurants have signed on this year, some of whom are offering specials for the week.

“It’s just been so important this year just due to a lot of businesses not being able to stay afloat — coming in to highlight just who they really are and provide a much needed financial stimulus for local businesses,” Ferrell says of their efforts.

She says since they started the campaign in July, unfortunately they’re seen more businesses in their host cites close.

“We offered a free registration just to help business partake in the campaign and not have to worry about the financial burden. So we have been able to see an increase in our amount of participants, but on the flip side we have noticed that as we reached out to a couple of businesses that have always participated they’re no longer open or they are temporary closed,” Ferrell says.

Saba Tedla, who owns Aksum Café and Booker’s Restaurant and Bar in West Philadelphia, says she appreciates the exposure that the celebration provides her businesses.

Aksum specializes in Mediterranean cuisine and Booker’s is known for its American food with a Southern flair.

“It has a bottom line impact,” Tedla says. “People do come out and dine with us. I think what it does is it gives us visibility at a critical time. It also gives us an opportunity to showcase ourselves to a newer clientele that is not in our neighborhood.”

The Imperial Restaurant’s Executive Chef Aboubacar Kouyate says he’s hopeful that diners will venture out to Lancaster to tap into his fare. The West African native incorporates some of his native dishes and seasonings into the restaurant’s offerings. He says he appreciates BRW’s efforts to highlight Black chefs.

“We want to be able to showcase our (restaurant) in the same way as other restaurants,” he says.

The self-taught chef had been working for the restaurant for two weeks when the pandemic hit. Prior to joining Imperial, he worked at Normandy Farm Hotel in Blue Bell.

BRW organizers are hosting virtual events during the national 2020 campaign including the Black Plate Awards which engages the community to vote on their favorite participating restaurants and the Bingo Game, where customers can visit multiple restaurants and keep track of their receipt to win a prize.

For information about participating eateries visit blackrestaurantweeks.com. The website is a national database and registry for Black-owned culinary businesses.

This weekend also marks the return of the Black Food and Dessert Expo which will be held Oct. 16-18 at the Urbn Ridge Center, 5261 Ridge Ave. The pop-up experience showcases 30 Black-owned small businesses, chefs and bakers.

Argie Allen-Wilson, PhD is experiencing an uptick in clientele and has received an influx of referrals due to the novel coronavirus pandemic.

Dalila Wilson-Scott has been promoted to executive vice president and chief diversity officer at Comcast, where she will oversee all diversity…