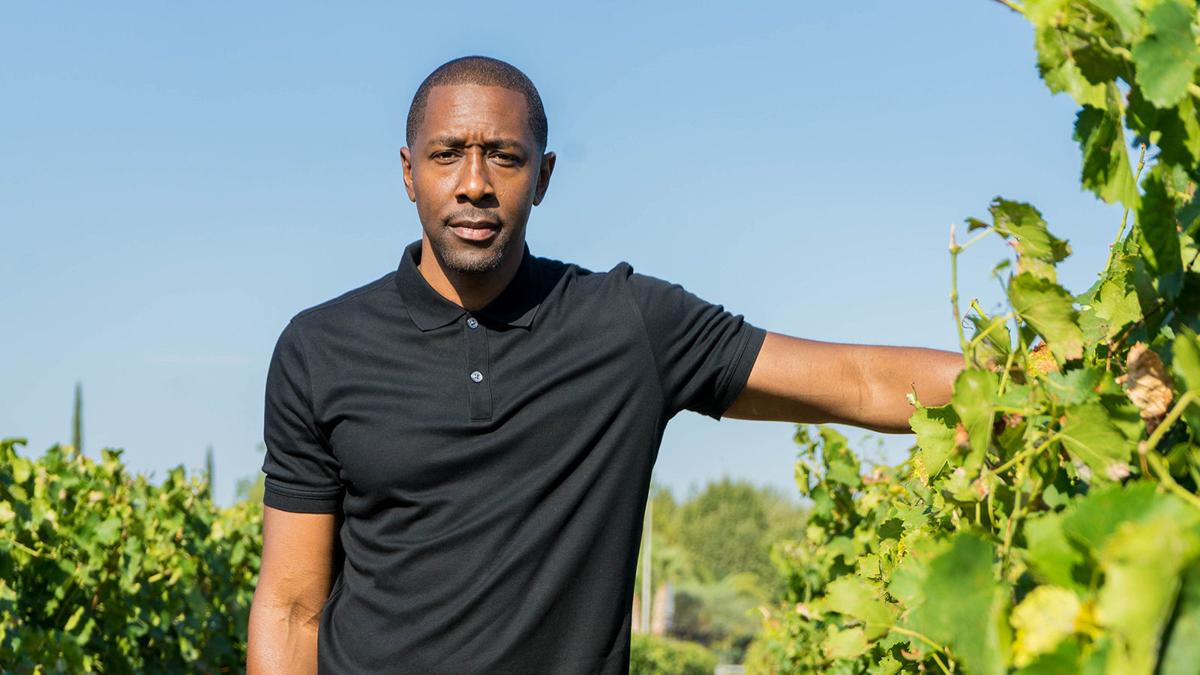 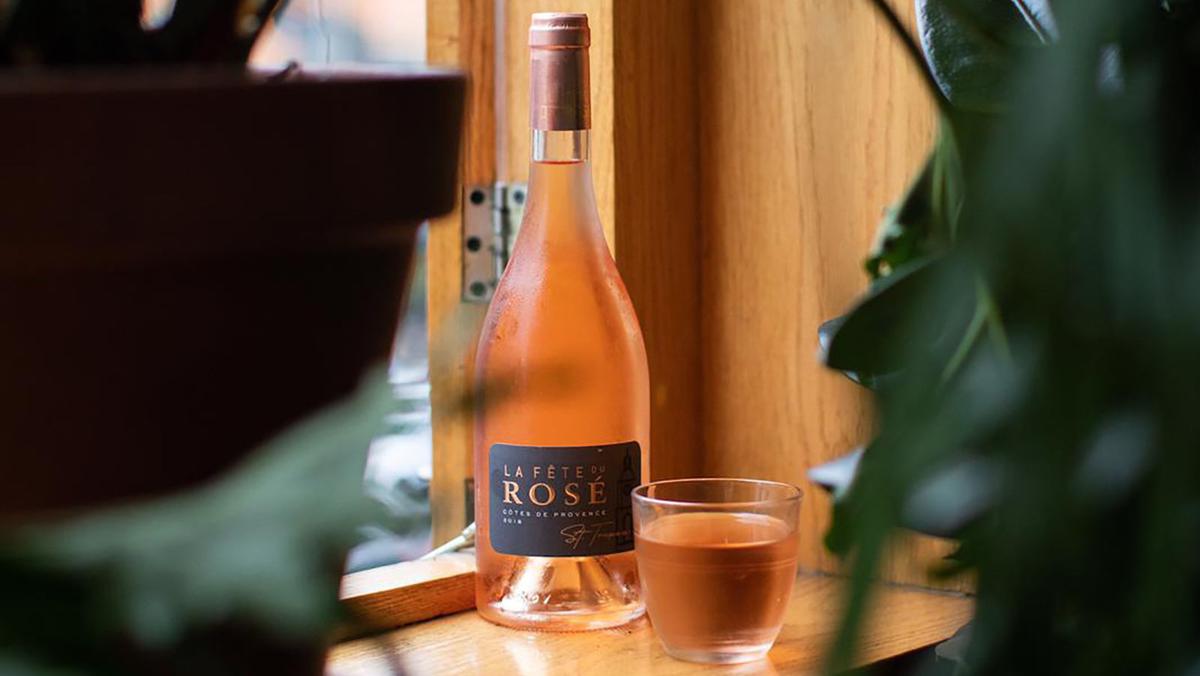 Rosé, the pale pink adult beverage that gets its hue from the skins of red wine grapes, symbolizes summer for many.

In spite of its richness — notes of cherry, grapefruit, strawberry and melon to name a just a few — and a color palette that ranges from muted blush to bold fuchsia, it rarely gets the respect it deserves.

But winemakers such as Donae Burston, founder of La Fete du Rosé, are pushing back against tired rosé stereotypes and attempting to make the beverage broadly appealing.

Burston, who's responsible for bringing the first Black-owned rosé label from France's Saint-Tropez to the United States, is up for the challenge.

According to Amy Racine, beverage director of JF Restaurants, most mass-produced rosé is owned by larger companies who possess major Champagne and tequila labels, which tend to be marketed to a young, sometimes wealthy beach-town crowd.

In recent years, marketing efforts of certain rosé brands can also be attributed to the oversaturation of rosé on social media.

"The #roséallday has been used a lot and it can be a turnoff to a lot of people," said Racine. "It's gained a reputation to be a party drink or just an afternoon sipper rather than a serious style."

Enter La Fete du Rosé. Baltimore-native Burston, passionate about French rosé and his product in particular, is on a mission to disrupt the way many of us have come to think about rosé.

Owner and founder of La Fete du Rosé, Burston is an African-American pink wine-loving entrepreneur. The name of his brand translates to rosé party, so it's not that Burston has a problem with the drink's party-happy reputation. It's just that he wants to expand the party's reach.

After working in the beverage industry for the likes of Dom Perignon, Veuve Clicquot, Ruinart and Moët & Chandon, Burston recognized some wines seemed marketed to specific demographics.

"I worked on Veuve Clicquot in 2009 and the consumer target was clear — a female who makes a certain income a year," says Burston. "However, my friends who are Black, Asian and Hispanic liked to drink Clicquot, yet the popular brand segmented who they were for."

Burston wasn't satisfied with brand association and set out to change the game.

Fifteen years ago, while celebrating his 30th birthday in Saint-Tropez in the French Riviera, Burston was introduced to rosé for the first time.

"I was sitting on Nikki Beach surrounded by people drinking what I thought was white Zinfandel, but it turned out to be rosé. From the first drop, I was hooked," says Burston.

As far as introductions go, Saint-Tropez was a perfect place to be seduced by the wine.

The region's local vineyards are known to produce some of the world's top rosés, so it's little surprise that it's the tipple of choice for locals and visitors.

Rosé for one and all

Burston noted the inclusive nature of rosé in France — "everyone drinks rosé" — something he found sorely lacking once back in the United States, where many people still associate it with white Zinfandel.

In France, rosé isn't preferred by any one gender, age, religion or race, Burston explains.

"It's about good times, memories, and good wine any time of the year ... it's a rosé party and everyone is invited."

Intoxicated by the universal nature of the pink drink, Burston set out to bring the same mentality back to the states.

Burston says he wanted to create a wine that was respected and to his liking, unlike the sweet mass-produced rosés he felt were dominating the US market.

He had another misconception to push through: The stereotype that Black people only like sweet drinks.

Because of this, Burston says many people, before tasting it, assume his rosé will be sweet.

But au contraire. And that goes both for the tired stereotype and the rosé.

Burston's traditional French-style rosé is dry with notes of melon, dried fruits, bonbon and hazelnut. It's acidic but round on the palate, and it has a noticeably long finish.

"As an African-American man who owns a rosé brand, I emphasized (through marketing) that it's a traditional dry rosé to push through the stereotype [that I'd created a sweet drink]," says Burston.

The Cuvee he created uses 80% Grenache, 14% Mourvèdre and 6% Syrah grapes — resulting in a crisp medium-bodied wine with a lower alcohol percentage than many other rosés.

Burston's brand is on the affordable side, but at $25 a bottle, it does suggest a certain quality standard.

Burston's marketing approach demonstrates his mission to change the tune on rosé, to ultimately get more people drinking it.

"Consumers are willing to try anything, but I know I needed to convince them to try my product — so I went to places they wanted to be," says Burston.

He marketed La Fête du Rosé as a lifestyle brand, taking it to Nobu, W South Beach and other popular Miami restaurants and hotels to validate the brand to consumers. Burston organized themed parties and Caribbean festivals to reach different demographics, which he then used for social media to push his goal of inclusion.

In addition to creating a catchall brand, Burston wants to encourage consumers to drink rosé all year long.

"I took cues from the French," says Burston. "They drink it (rosé) year-round so my strategy was to show rosé consumed in different seasons, whether it was through an après-ski shoot or explaining how to pair rosé with turkey for Thanksgiving."

But Burston isn't just trying to get more people into rosé or turn a profit while doing so.

He also wants to give back to the community that supported him.

"Traveling the world after college sparked my entrepreneurial spirit, and I want to help give others the same chance through my giveback program," he says.

Proceeds from every bottle sold send minority, low-income youths overseas to help them develop language and leadership skills in a globalized world.

"If we as Black business owners don't support the future, who will?" says Burston.

In light of recent times, Burston has shifted his philanthropic focus to Color of Change, an organization fighting every day for racial justice and other organizations that serve as a resource for minorities pursuing a career in the wine and spirits industry. From now until August, $2 from every bottle (sold via website) will be donated to the organization.

But first, he hopes everyone will join the rosé party.

If you enjoy a daily cocktail or some wine with dinner, you'll want to raise your glass to this: A new study found low to moderate drinking ma…

It's National Tequila Day in the United States. And if there's ever a year in which we deserve a shot or two, 2020 is it.