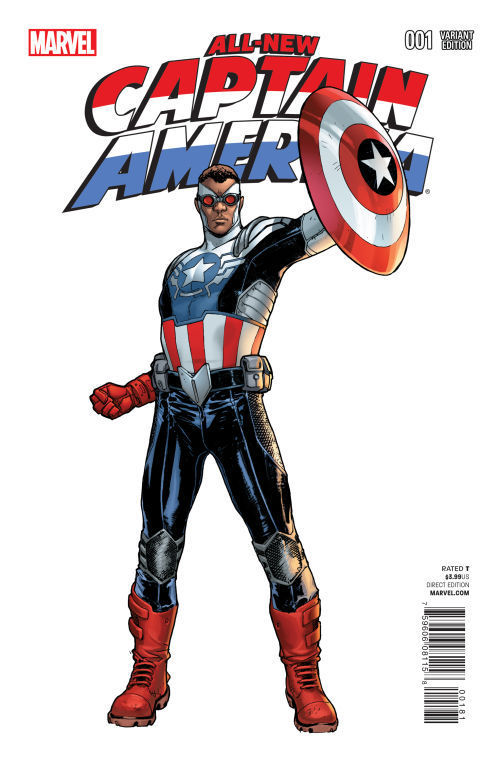 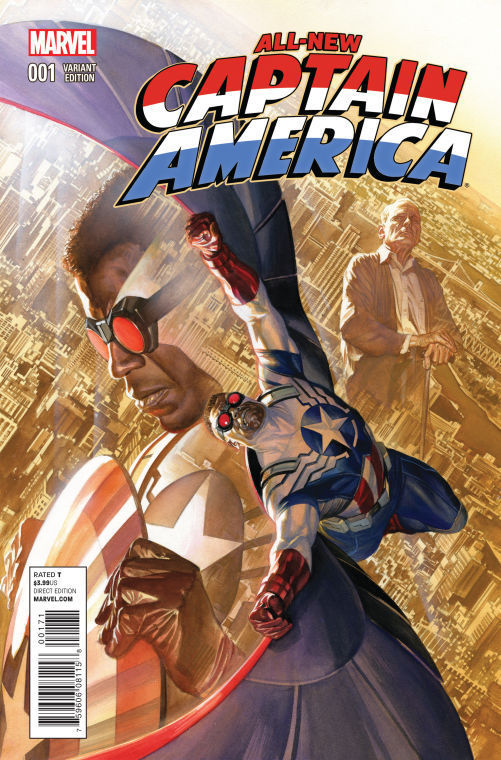 WASHINGTON — For decades, comic books have been in color, but now they are more and more reflecting the true hues of American society.

The new Captain America is Black. A Superman who is suspiciously similar to President Barack Obama recently headlined a comic book. Thor is a woman, Spider-Man is part Puerto Rican and Ms. Marvel is Muslim.

Mainstream comic book superheroes — America’s modern mythology and the wellspring behind several recent Hollywood blockbusters — have been redrawn from the stereotypical brown-haired, blue-eyed white male into a world of multicolored, multireligious and multigendered crusaders to reflect a greater diversity in their audience.

Society has changed, so superheroes — at heart a reflection of life in the United States — have to as well, said Axel Alonso, editor in chief at Marvel Comics, who in November debuted Captain America No. 1 with Samuel Wilson, the first African-American superhero taking over Captain America’s red, white and blue uniform and shield.

“Roles in society aren’t what they used to be. There’s far more diversity,” said Alonso, who has also shepherded a gay wedding in the X-Men, a gender change from male to female in Thor and the first mainstream female Muslim hero in Ms. Marvel.

The change to a Black Captain America is already having an impact outside of comics.

Even before the publication of the first issue, unauthorized images of the Black Captain America were shown at a town hall meeting in St. Louis following the funeral of Michael Brown Jr., who was 18 and unarmed when he was killed by a white police officer. This Captain America had his hands up saying “Don’t Shoot,” a slogan protesters have used to highlight the number of African Americans killed by police.

Alonso said Marvel editors knew when they depowered Steve Rogers and replaced him with Wilson that they would be treading on sensitive territory. “When you take an African-American man and dress him in the red white and blue of the flag, of the United States flag, ... there’s symbolism in that, that is more potent and more thought-provoking, evocative” than other kinds of changes, Alonso said.

“But we’re not here to editorialize. We’re here to tell a story,” he added. “This is the world you live in, it’s changing and our characters are reconciling with that change.”

Marvel isn’t the only company looking at diversity. An alternative Black Superman, one who is president of the United States, is part of a team in DC Comics’ “The Multiversity.” DC also brags of having more comic books featuring female leads than any other company, including Batgirl, Catwoman, Batwoman, Harley Quinn, the Joker’s paramour and Wonder Woman, the longest-running comic book with a female hero.

“Our goal is to tell the best stories while making sure our characters are relatable and reflect DC Comics’ diverse readership and fanbase,” DC Entertainment President Diane Nelson said.

Earlier changes — a half-Puerto Rican, half Black Spider-Man in their Ultimate imprint, the 16-year-old daughter of Pakistani immigrants living in Jersey City named Kamala Khan becoming Ms. Marvel — may have smoothed the way for the Captain America switch, Alonso said. But not everyone is happy with the changes: A contingent of vocal Internet fans are currently protesting a change coming up in a reboot of Marvel’s Fantastic Four property in the movies, turning one of the quartet — Johnny Storm — from blond and blue-eyed to Black.

“Changing people’s race or changing people’s gender can feel more threatening or a bigger deal than changing Thor into a frog,” said Berlasky, referencing a popular storyline in which the Norse god transforms into an amphibian. “Characters are always changing, but there are cultural lenses which make it seem like a bigger deal if Johnny Storm is Black.”

Movies based on superheroes, like Marvel’s The Avengers, Guardians of the Galaxy, and DC’s Man of Steel and upcoming Superman vs. Batman: Dawn of Justice, which will feature DC’s trinity: Superman, Batman and Wonder Woman, are driving a new audience to comic books. That surge has comic book companies are looking to have characters that those fans can relate to, said Cheryl Lynn Eaton, head of the Ormes Society, which promotes Black female comic creators and the inclusion of Black women in the comics industry.

“We are dealing with basically the modern myths, with stories that are going to be told for decades, and they shape the way we view ... our world in a way,” Eaton said. “The stories of Superman, the story of Batman, we’re going likely to be telling them 40 years from now, and we’ve already been telling them for decades. ... They are telling us sort of how to live life and how we relate in this world, so I think it’s important for everyone, for people of different backgrounds, to have a say.”

There’ve been Black comic book characters for decades, but rarely have they been upfront in flagship titles. The first Black character to headline his own comic book was Dell Comics’ Western hero and gunfighter Lobo in 1965, whose series sold poorly and was canceled after two issues.

Marvel introduced the world to Samuel Wilson as the Falcon, the comic’s first African-American superhero, in 1969 as a sidekick to Captain America. The Black Panther, who had been introduced as a supporting character in Fantastic Four in 1966, was actually an African king, not an American. The self-titled comic book “Luke Cage, Hero for Hire” debuted in 1972, featuring a “Blaxploitation” character with an exaggerated Afro, a catchphrase “Sweet Christmas!” and super strength as the result of a prison experiment. In 1977, DC Comics introduced Black Lightning, a schoolteacher who gains electrical powers and becomes a superhero.

In 1993, Milestone Media became the first major comic book imprint to feature almost all non-white lead characters. The eponymous Hardware and Static were Black. “Xombi” was Korean American. Heroes of every race, creed, color and sexual orientation populated the “Blood Syndicate,” ‘’Heroes” and the “Shadow Cabinet,” who have been absorbed into the DC pantheon.

Comic books companies need to recognize the impact these characters have before they change them back to their default identities, Eaton said.

“That having Sam Wilson become Captain America and having a woman become Thor, you’re stating that everyone is equal and that race, gender shouldn’t not limit you, and that you’re just as good as the heroes we’ve had. But if you pull these symbols away from them after a short period of time, you’re kind of going back on what you’re saying,” she said.

Alonso said they haven’t written an end to Wilson’s time as Captain America.

“We have not discussed at this point the end of Sam’s journey,” he said. “That’s not been the topic of discussion yet, so we don’t’ have a clean and easy way out. We’ve just got a great landscape ahead of us to tell great stories.” — (AP)