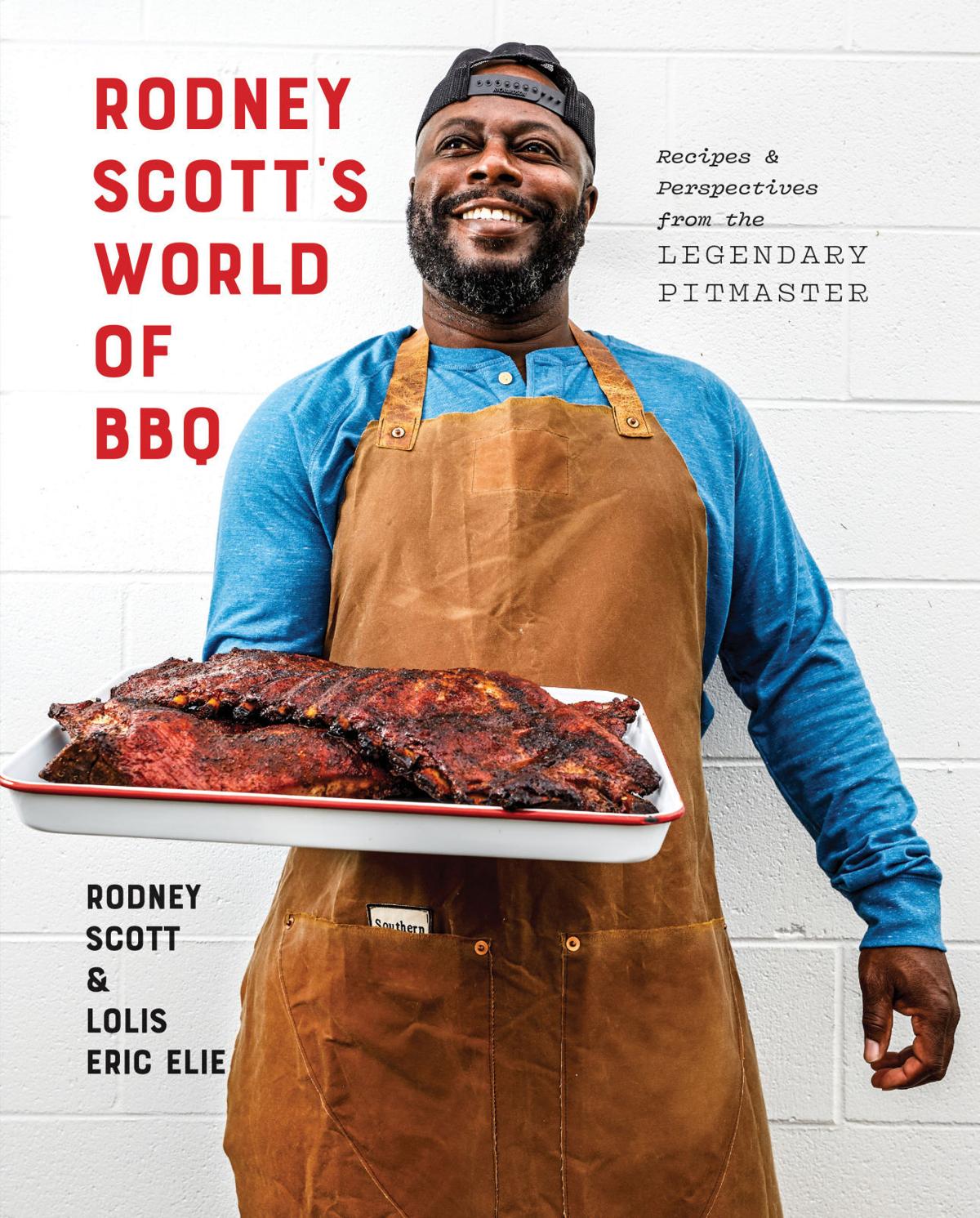 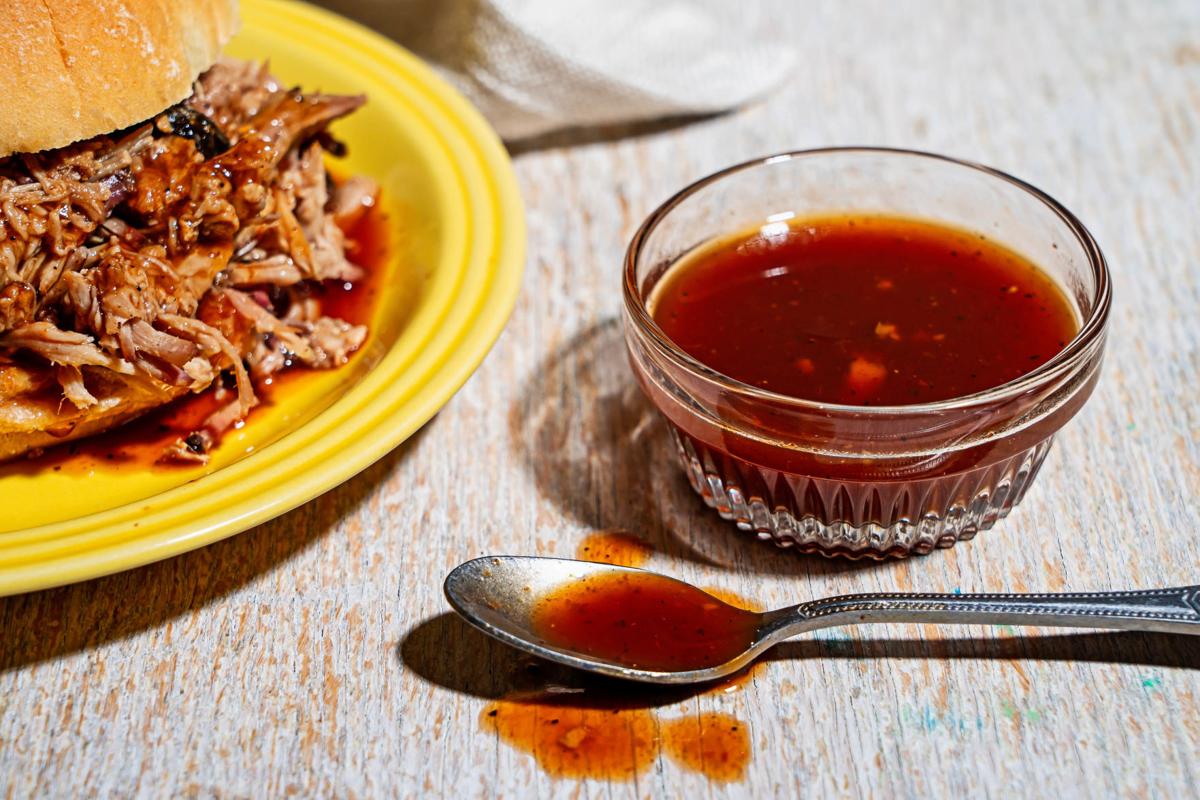 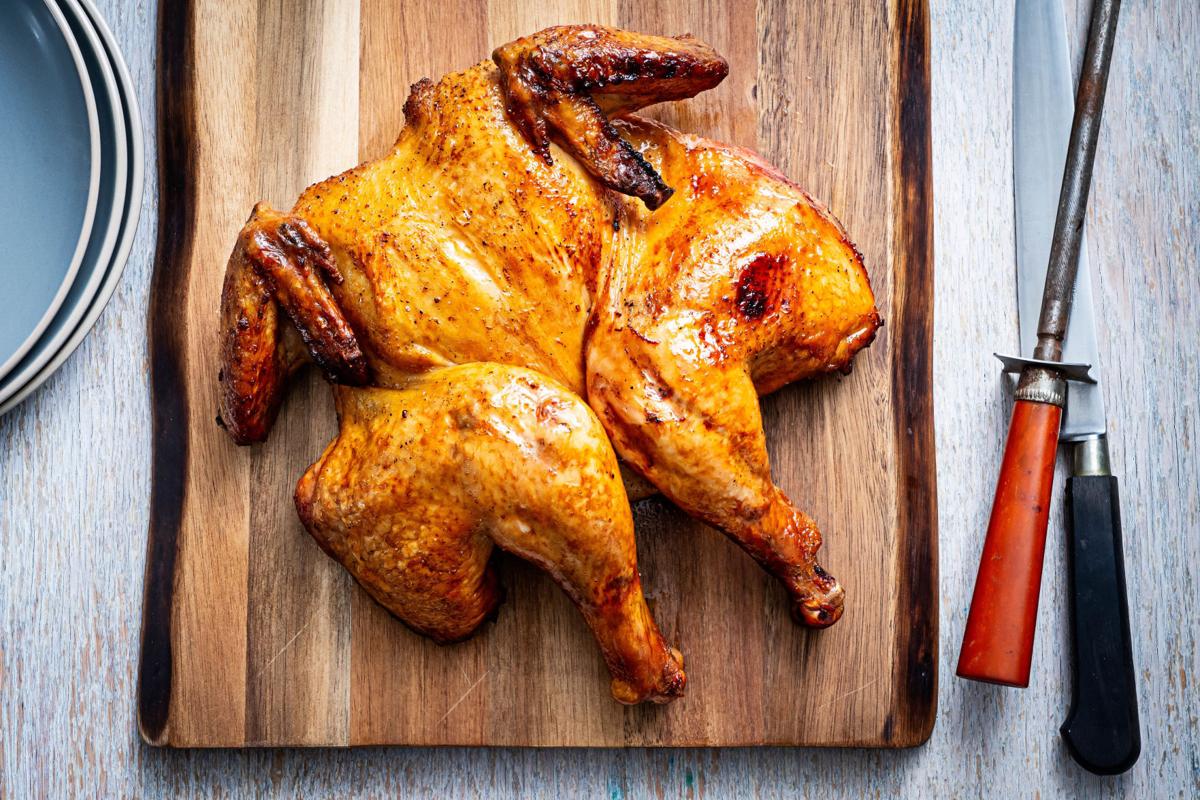 Lemon and Herb Chicken. — Photo by Scott Suchman for The Washington Post

Lemon and Herb Chicken. — Photo by Scott Suchman for The Washington Post

As you page through “Black Smoke,” a trailblazing new volume that catalogues the contributions of Black men and women to American barbecue, you can’t help but notice how author Adrian Miller refrains from calling these historical figures “pitmasters.” More often than not, Miller identifies them as “barbecuers,” avoiding the trendy term first coined in the 20th century, which is often associated with modern cooks, usually White, who created a new class of smoked meats known as craft barbecue.

Miller’s avoidance of the term is a sign of his rigorous scholarship: He doesn’t apply the descriptor retroactively to a group of African Americans who would have never been called pitmasters in their own time. But Miller, a lawyer-turned-food historian, seems to be making a larger point with his language, as if he were carving out a class exclusively for people whose skills were simultaneously hailed and ignored. It’s as if Miller is creating a lexicon to ensure that these Black contributions to American culture can’t be written out of history.

“I was just trying to honor the ways that these people had done it over time, even in the shifting context of barbecue,” he adds.

“Black Smoke” was released in late April, just weeks after another highly anticipated book on smoked meats, “Rodney Scott’s World of BBQ.” Both feature recipes that help tell the history of African American barbecue, whether the whole hog tradition of South Carolina’s Pee Dee region or just “Daddy” Bruce Randolph Sr.’s vinegar-heavy barbecue sauce, which can trace its lineage back to his grandmother, a freed slave.

What’s more, each book can lay claim to a James Beard Award winner. Miller won a medal in 2014 for his history, “Soul Food: The Surprising Story of an American Cuisine, One Plate at a Time,” while Scott won a regional chef award in 2018 for his cooking at Rodney Scott’s BBQ in Charleston, S.C. (Scott’s cookbook, incidentally, is co-written by Lolis Eric Elie, an accomplished writer and filmmaker who had previously published “Smokestack Lightning: Adventures in the Heart of Barbecue Country,” with photographer Frank Stewart.)

Yet both volumes are also reminders of the publishing world’s historic neglect of Black barbecue and the people who produce it. By Miller’s accounting in “Black Smoke,” major publishing houses have released only a handful of barbecue cookbooks by Black authors, and two of those authors (weatherman Al Roker and former Black Panther Bobby Seale) aren’t even professional cooks.

“Black Smoke” and “Rodney Scott’s World of BBQ” are almost companion titles: The former delves into the history of American barbecue, meticulously explaining (sometimes theorizing when the historical record isn’t clear) the evolution of smoked meats in this country, noting the rise and fall of African Americans as the acknowledged specialists in the field. Scott’s book, part biography and part cookbook, practically serves as a first-person validation of many of Miller’s points.

Based on his research, Miller lays out two arguments that either defy conventional wisdom or push back on other theories on the history of North American barbecue. Miller argues, for instance, that barbecue techniques did not migrate from the Caribbean as European colonists moved north. He suggests that America’s barbecue is more homegrown, borrowed from Native Americans who used rotating spits, raised platforms, shallow pits and vertical holes to cook their wild game. As British colonists in Virginia began relying on enslaved West Africans for labor, those captives would soon become students of Native American barbecue techniques, Miller theorizes.

“Since we lack documentation of this process, we surmise by looking at the end result,” Miller writes. “Did they barbecue side by side? Were there barbecue apprenticeships? No accounts of either exist at this time, but we know that by the late 1700s, African Americans emerged as barbecue’s ‘go-to’ cooks.”

At the same time, Miller finds little evidence to support the theory that American barbecue can trace its roots to West Africa, though he remains open to the idea. Miller suggests that the whole animal cooking found in West Africa may be influenced by techniques introduced by Arab traders who arrived in the region during the Middle Ages. It’s a theory that fellow food writer and historian Michael W. Twitty can’t endorse.

Twitty, who won a Beard award for “The Cooking Gene: A Journey Through African American Culinary History in the Old South,” praises “Black Smoke” for celebrating the “unsung heroes” of African American barbecue. But Twitty’s own research — a combination of what he describes as scholarship, contemporary ethnography and “informed imagination” — has led him to conclude that West Africa’s barbecue techniques long predate the Arabs.

Twitty’s comment underscores one of the problems in chronicling the origins of American barbecue: There’s little documented evidence in cultures that historically relied on oral traditions, and what documentation exists has been largely recorded by White people, who may have had an agenda, or may not have cared enough to observe the details carefully.

Miller invests a fair number of pages in “Black Smoke” explaining the importance of barbecue storytellers. They have the power to focus public attention, generate income for the subjects they write about and generally control the narrative of who is at the forefront of the field. For much of American barbecue’s history, the storytellers, even the White ones, extolled the barbecue expertise of African Americans.

“Before the 1990s,” Miller writes, “food media regularly and overwhelmingly acknowledged Black barbecuers — so much so that, to this day, many people believe that African Americans invented barbecue.”

But that changed in the late 20th century with the rise of craft barbecue (versus the older, folk-art style that Miller attributes to Black barbecue). Food writers, food networks and food bloggers increasingly turned their attention to a group of pitmasters that Miller describes as the White Guys Who Barbecue. These stories had the effect of marginalizing the work of African Americans, Miller notes.

Which is one reason Daniel Vaughn, the barbecue editor at Texas Monthly and the country’s most influential writer on the subject, strives to cover the breadth of the scene, even if his readers tend to focus most of their attention on the magazine’s top 50 barbecue joints in Texas, which publishes every four years. As Texas Monthly gears up for its next list, due out in November, Vaughn has been directing his tasting team to seek a diversity of smokehouses in a state whose population is 13% African American.

Scott’s career is something of a testament to the power of storytellers. He grew up in rural South Carolina, working at his parents’ business, Scott’s Variety Store and Bar-B-Q in Hemingway, and dreaming of something bigger. “When you grow up in a small town in this country, and you don’t have the best education, and don’t have a lot of money, and you don’t have a lot of exposure, people think you’ve made it if you stay out of trouble and hold down a job,” Scott writes in his book.

The traditional narrative about Scott is that his career took off shortly after writer and historian John T. Edge profiled the pitmaster in the New York Times in 2009. Scott soon became the darling of the nation’s food media, leading to a partnership with restaurateur Nick Pihakis, a James Beard Award and a growing chain of barbecue joints.

Success, Scott says in an interview, also “comes with the person that’s being persistent about putting their brand out there. You know, my strategy wasn’t the norm. ... I went to get people’s attention. I took my product out there for people to taste. I kept going to different places. If somebody says, ‘What does that taste like?’ I remember driving as far as Myrtle Beach to take pork just for people to taste, hoping they would come back and buy.”