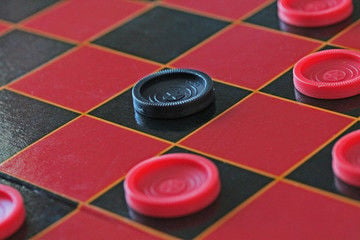 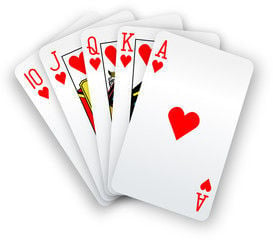 In a recent column, I speculated that we would see an increase in the birth rate since many couples were hunkered down due to stay-at-home mandates resulting from the coronavirus pandemic. Several friends that read the column, pointed out that another outcome might be an increase in the divorce rate because of couples being at home 24 hours a day. I considered this and decided to share with you today things we once did as couples and families that may prevent this outcome.

What are some of the things you did or perhaps recall your grandparents and parents doing, which enabled them to pass the time when stuck in their homes, back in the day?

Can you recall the things your family did in the past when there was inclement weather? Intense and heavy snowstorms kept people in their homes such as we find ourselves during this pandemic. Back then, many of us dug out that folded, square board with black and red blocks and a game of checkers ensued. Some of you may have played another checkers game. This game, played on a board with punched out spaces to hold marbles or pegs, had an objective of moving all of your marbles from your point of the star on the board to the star in the opposite corner; moving marbles or pegs one step at a time, or jumping your own or opposing player’s marbles or pegs. Chinese checkers, a game with no relation to China, was a popular game. I know that some of you are saying, “I had forgotten about that game.” Then there were a variety of card games. Some friends have returned to playing Solitaire. If two or more people are confined to their home, then perhaps a game of Pinochle, Gin Rummy, Whist, Blackjack or Spades can be played.

A Tribune employee, without knowledge of today’s topic, volunteered that much of his spare time today, due to the restrictions placed on gatherings and movements, has caused him to return to card games that he once played, back in the day.

Then there are many who use this time for puzzles. Jigsaw puzzles were popular in the past and along with crossword puzzles, have returned to be a source for passing time as once was the case, back in the day.

Coronavirus has caused me to turn to something I did as a child and a young adult; it is what some called “the idiot box” or more appropriately, the television.

At the suggestion of a good friend, I was introduced to several stations that focused on old movies from the past. My column of March 29, 2020, gave attention to one of my favorite cowboy movies, “Shane,” and how viewing this movie occupied my time when confined to my home. I watched another cowboy movie, “Gunfight at the O.K. Corral” during a time of struggles to find things to do. I am now searching for “The Dirty Dozen,” not a cowboy movie but my all-time favorite that I can watch over and over again.

People are now drawing from experiences of the past to fill gaps in downtime, but they are also turning to brand new challenges. I count myself in this group. But like others, the “downtime” created by this pandemic has caused me to engage in things that I did not experience in the past.

One notable experience that I have written about in the past relates to the kitchen. As a boy, I was shooed from the kitchen. Growing up with three older sisters, my father was annoyed when he came home from work and found me with plaited hair. I can still see the disgust in his face as he ran his fingers through my hair to undo the plaits. While he never told me, I strongly feel that he was concerned about my “life choices” and took his concern to an extreme by barring me from the kitchen. There was no table setting, no cooking, no washing dishes. So, knowing very little about cooking, I’m now in the kitchen cooking.

In fact, I have made a sweet potato pound cake, several smaller sweet potato cakes, and a dozen sweet potato muffins. I suspect that others have ventured into uncharted waters as they have attempted to keep busy during this stay-at-home period by doing many of the things their families did, back in the day.

So reach back to your days of playing Monopoly, doing sewing projects; doing creative calligraphy tasks; reading a book that has been on your shelf for some time; playing an instrument that has not been used in years or working in your garden. Then again, tackle some of your cleanup projects around your home: the basement, garage, or seldom-used rooms.

I do not know your views on this coronavirus pandemic. You may be like some and regard it as a hoax. If you do, I can give you some first-hand accounts of the passing of friends and victims of this virus. So, trust me, it is real.

If you recognize its legitimacy, then take seriously the accounts that point to this virus reappearing, when and if we get the current pandemic under control. For surely, it promises to come again. Thus, it will bode well for you and your family, to dig out and dust off some of the games and activities that were embraced when we were confined to our homes, back in the day

Back In The Day: A load of ways to stay 'regular'

Any discussion regarding defecating is uncomfortable. Whenever I initiate a discussion of this essential function, it is usually met with this…

Back In The Day: Home services used to be the norm

The coronavirus pandemic has changed the lives of all of us and will continue to change our lives in the future.

Back in the Day: Lunchroom experiences stand out

When I am unable to fall asleep at night, I twist and turn. During these sleepless hours, I focus on my days, as a student in the Philadelphia…

Back In The Day: Penn Relays streak holds fond memories

Last Saturday’s weather was outstanding. When I telephoned one of my good friends, his wife answered and told me that she had just returned fr…

Back In The Day: Coronavirus puts thorn in Mother’s Day traditions

Back In The Day: Is Ouija board harmless family fun or mystical tool?

Here we go again. For the past seven weeks, my columns have been influenced by the coronavirus pandemic. Based on reports from scientists and …

Back In The Day: Not your mama's graduation

I had every intention of staying away from referencing the coronavirus in today’s column. This virus was referenced in each of my columns over…

Back In The Day: There are lessons to be gained from Philadelphia's 1964 riots

Last week was extremely tough! The “murder” of George Floyd and the events that followed replaced the coverage given the coronavirus pandemic.…