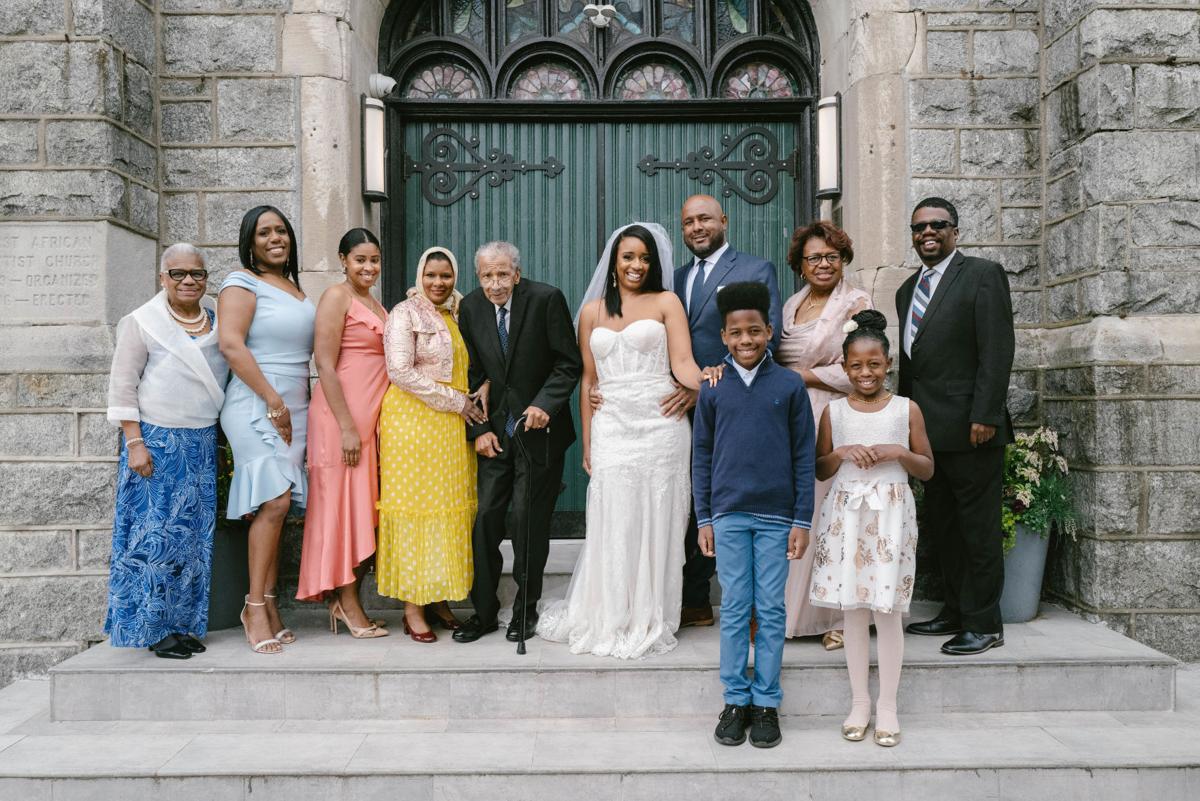 The bride poses with her family. —Photos BY: Amurri Lauren 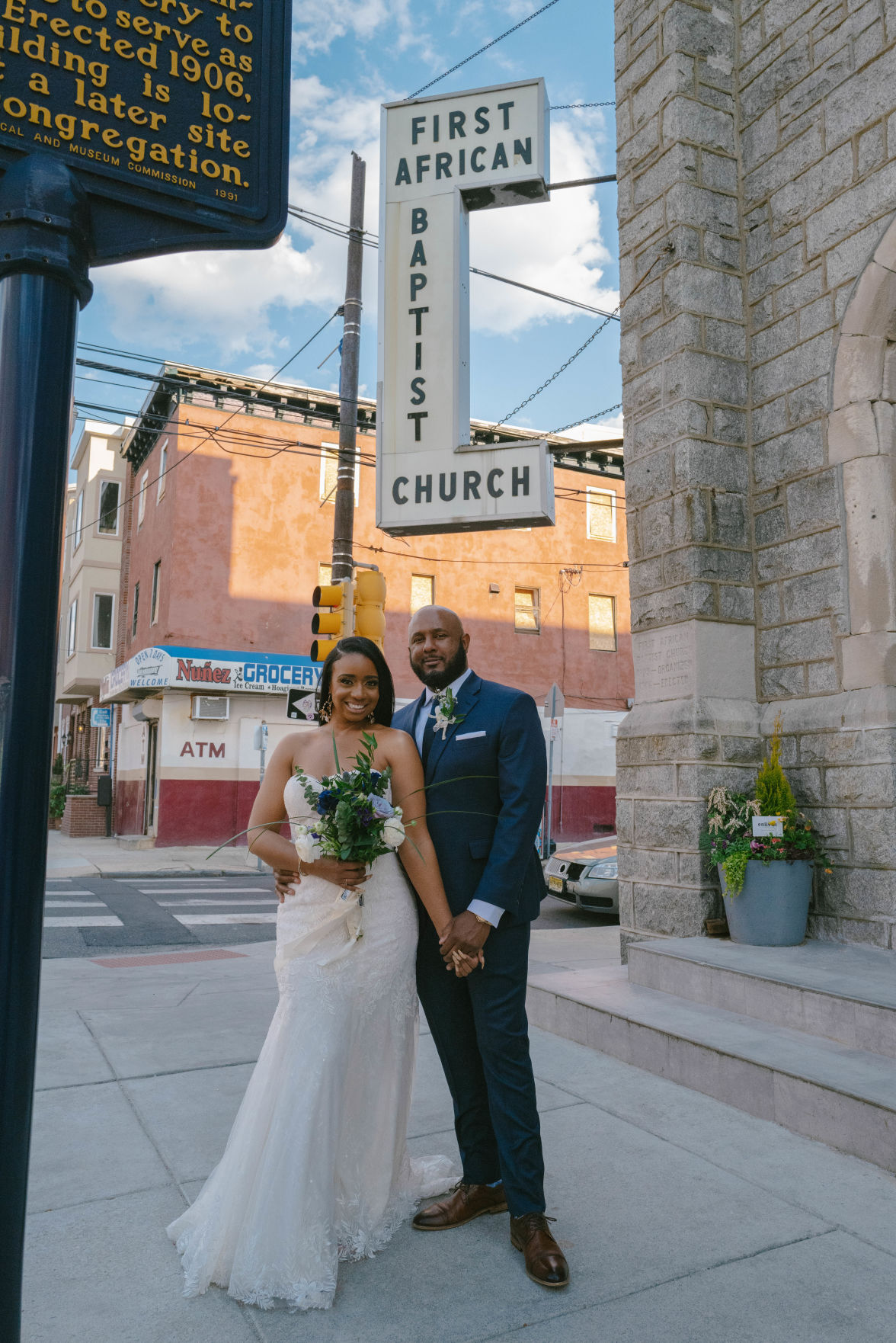 The bride and groom pose in front of the Deacon. 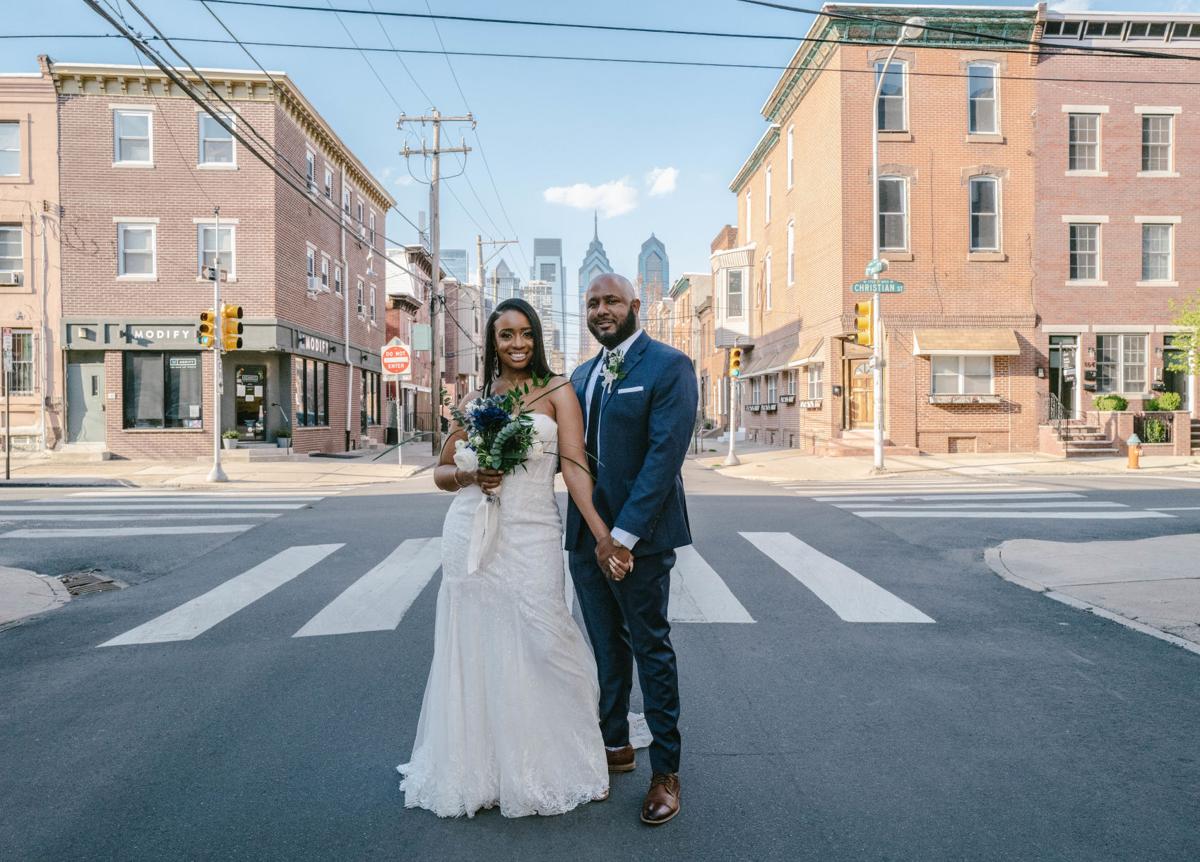 Dave and Britney had several mutual friends and would attend the same events throughout the city, but never formally met. Until, Dave decided to ask Britney out and the rest is history. 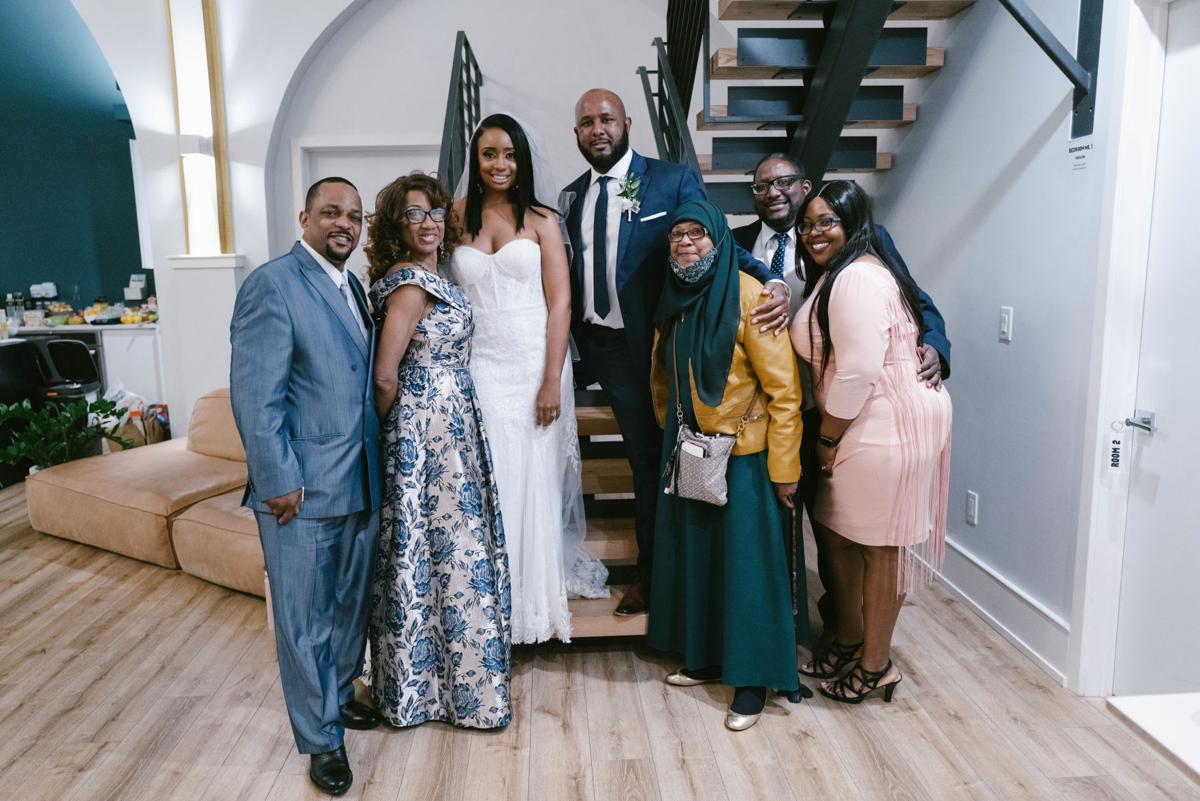 Britney and Dave pose with the groom’s family. —Amurri Lauren 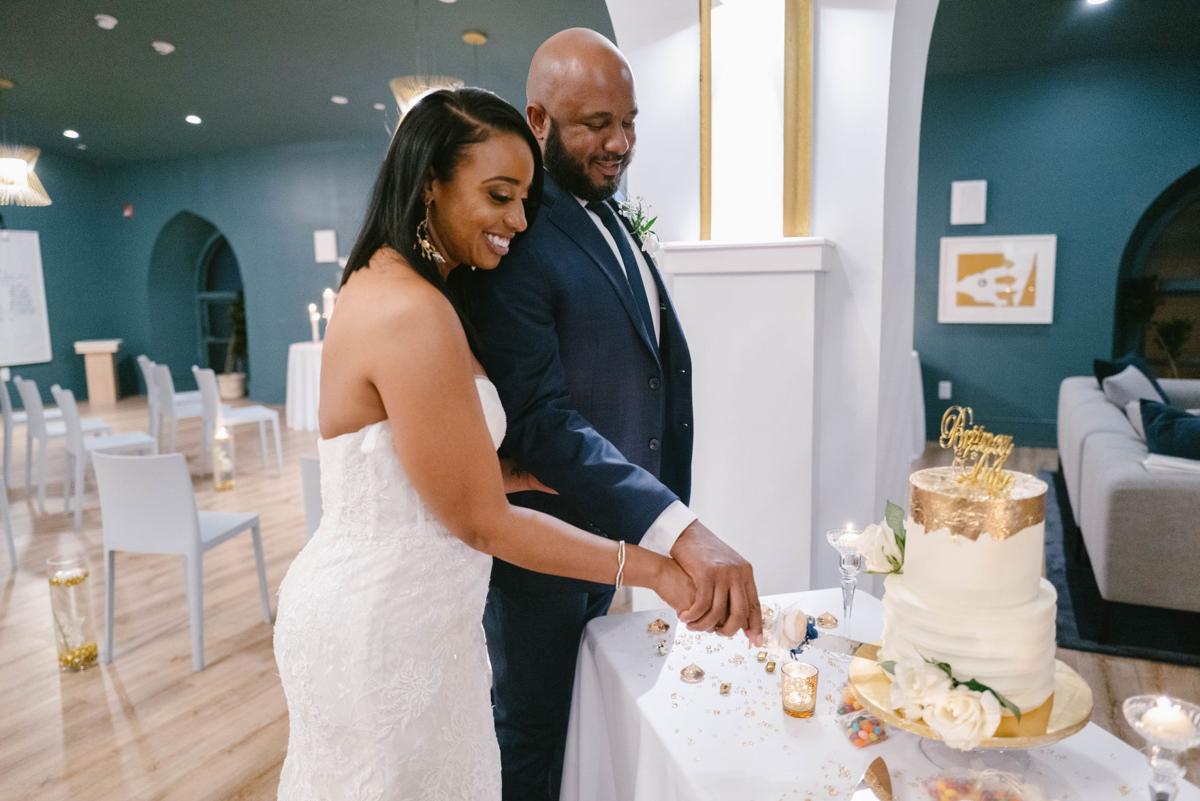 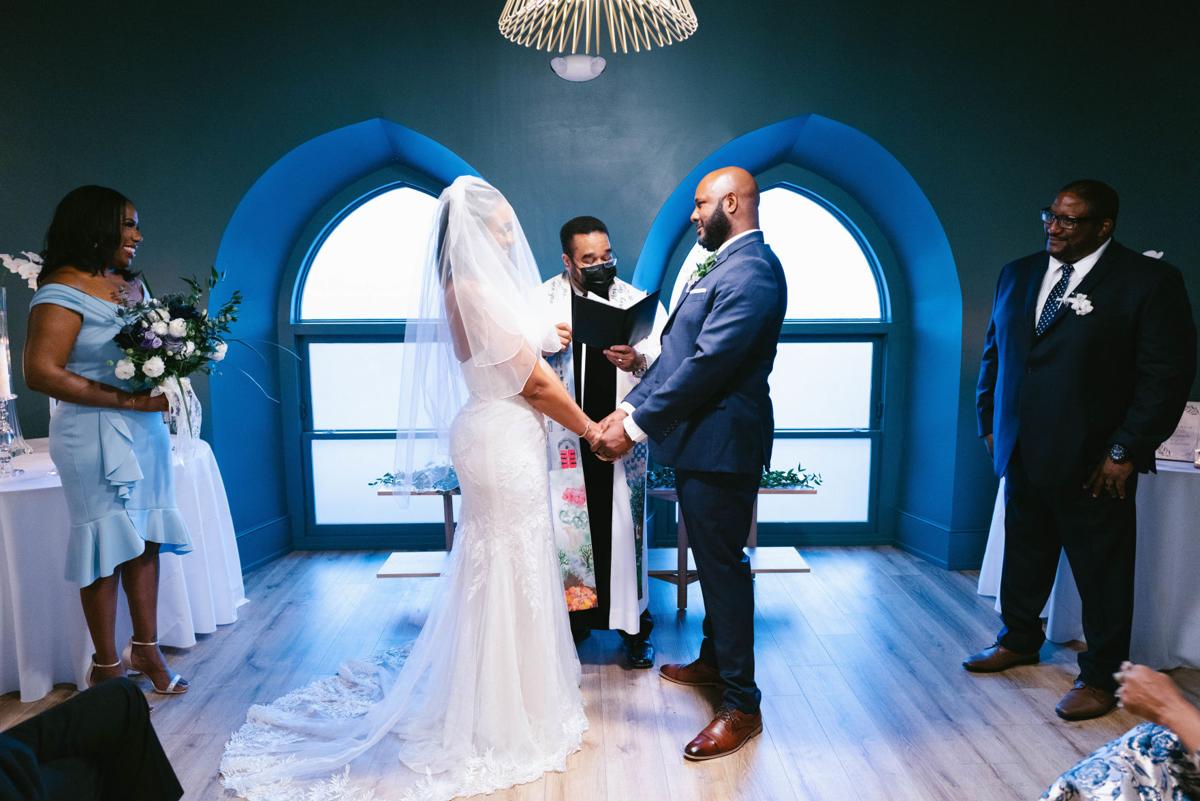 The ceremony took place in a renovated boutique hotel that was formerly the home of the First African Baptist Church.

The bride poses with her family. —Photos BY: Amurri Lauren

The bride and groom pose in front of the Deacon.

Dave and Britney had several mutual friends and would attend the same events throughout the city, but never formally met. Until, Dave decided to ask Britney out and the rest is history.

Britney and Dave pose with the groom’s family. —Amurri Lauren

The ceremony took place in a renovated boutique hotel that was formerly the home of the First African Baptist Church.

The former Britney Elayne Norman and David E. Coleman were married on April 4 at the Deacon in Philadelphia. The venue is a renovated boutique hotel that was formerly the home of the First African Baptist Church. The couple chose shades of blue as the color palette for their nuptials. The mother of the bride, Brenda Griffin Norman was very was a godsend when it came to helping with the details of the wedding. With a background in hospitality, she stepped in to make the bouquets which featured custom tinted roses and ranunculus. Mrs. Norman also tailored the wedding dress and set up the reception table decor. The photographer was Amurri Lauren.

The lovely bride said that it was very important that she did not stress about the details of the wedding. Her motto throughout the 8-weeks of planning was to “travel the path of least resistance”. She said that if she started to feel stressed or agonized over a detail, then she knew it wasn’t the way that she needed to go.

Her dress was from David’s Bridal and she found it after two separate trips of gown searching. Knowing what silhouette looked best on her and what her measurements made it easy for the bride to narrow down her selections.

She didn’t think that she wanted a veil, however the night before, Britney’s mother decided to refresh the wedding veil she wore at her own wedding for her daughter. It turned out to be perfect for the new bride.

Britney Norman is the daughter of Brenda Griffin Norman and Rudolph V. Norman. Both her parents are retired educators from the Philadelphia School District and will have been married for 39 years this August. Britney is the youngest of seven children and an aunt to a host of nieces and nephews, whom she loves dearly.

The bride is a graduate of Philadelphia High School for Girls (248) and Howard University. As a marketing professional, she formerly worked for Radio One, Rivers Casino, and Visit Philadelphia. She’s currently the principal of her own marketing consulting agency, BE Creative Marketing Studio. Britney loves hosting her family and friends, bowling, trying new restaurants and she’s recently taken up sewing over the pandemic. The Willingboro, NJ native currently resides in West Oak Lane, Philadelphia.

David Coleman, also known as Dave, is a Philadelphia native and a graduate of Dobbins-Randolph and Delaware State University. His mother, Blanche Coleman, passed away when he was young and so he was raised by his aunt, Gertrude Coleman. He currently works as a social worker for the City of Philadelphia and is the co-founder of Supreme Group- a nightlife promotions company. In his free time, he loves to watch or attend Philly sporting games, relax with family over cigars and good spirits and hang with his Siberian Husky, Apollo.

First cousin to the Bride, Elena Singleton, served as the Maid of Honor. First cousin to the Groom, Steven Coleman was the Best Man. Reverend Merle McJunkin counseled the couple and officiated the ceremony. He was the bride’s Youth pastor at Grace Baptist Church of Germantown and is currently the pastor of Antioch Baptist Church in Bedford Hills, NY. He traveled almost three hours each way to be there for the special occasion.

Who says you can’t find love in the club? In early 2020, Britney and her business partners of 6ix8ight hosted one of their signature events, U+ME+RNB, and had hired Dave to manage the party’s bottle service for the evening. Dave and Britney had several mutual friends and would attend the same events throughout the city, but never formally met. Later in the evening, Dave decided to ask Britney out and the rest is history. Shortly after dating for a month, the pandemic put the city into quarantine and the couple had plenty of time to get to know each other. It was their ability to see how they each worked through adversity and make the best of such a hard time, that made the couple realize that they were perfect for each other.

Being believers in numerology, it meant a lot to the couple to be married on 4/4. They even made sure to attain their wedding license on 3/3. The number four in numerology is all about stability and strength. And by doubling the number, they were able to tap into the power of the number eight which represents infinite energy and manifestation. April 4 was also Easter Sunday which represented spring, rebirth, and new beginnings.

The couple had a seated dinner for their 20 guests at The Deacon immediately following the ceremony and a cocktail reception. The four-course dinner was prepared and served by Chef Alexandria Legget- a dear friend to the couple.

Due to COVID capacity restrictions, the couple celebrated in shifts. Once the dinner guests left, an additional 20 guests, who were close friends to the couple were invited for an intimate after-party filled with music, drinks, and late night snacks.

The couple decided to hold off on traveling out of the country right away, but St. Lucia, St. Maarten, and Turks and Caicos are strong contenders for a future trip.