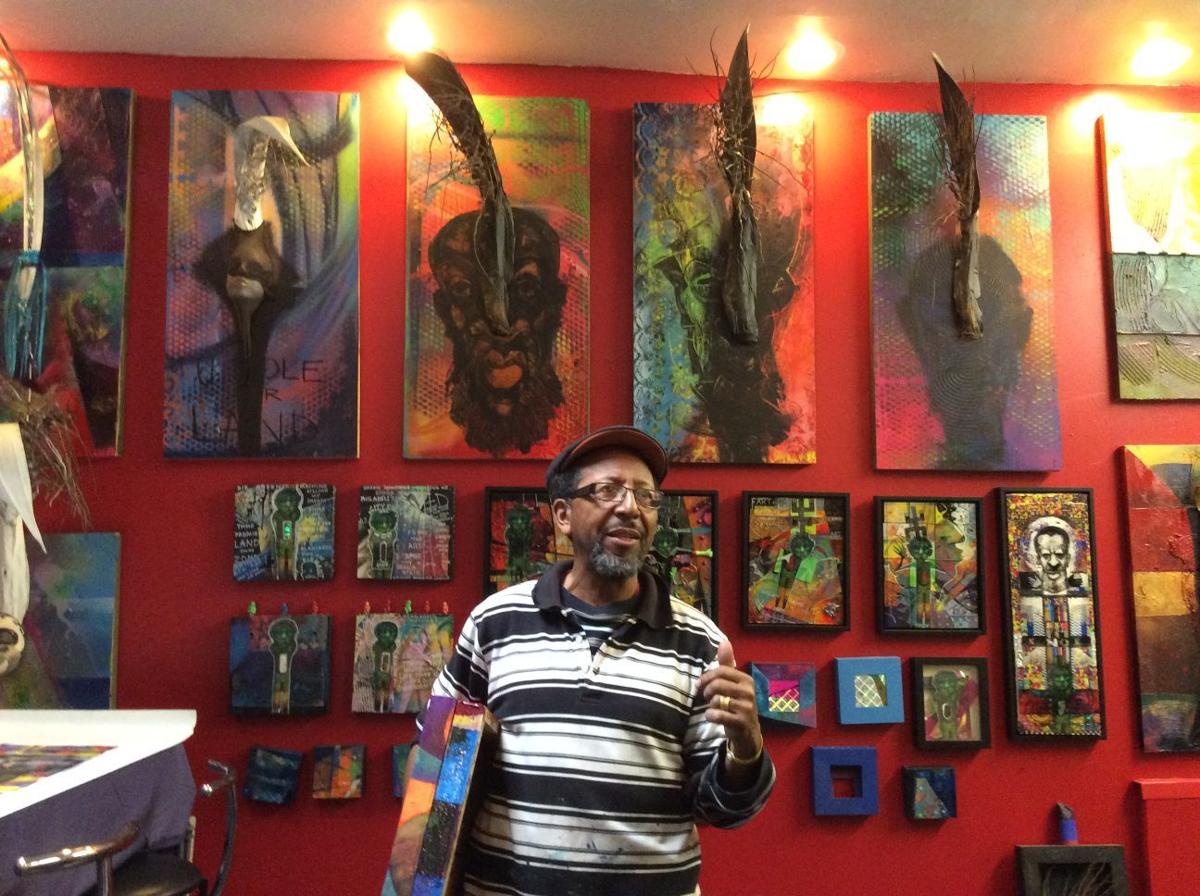 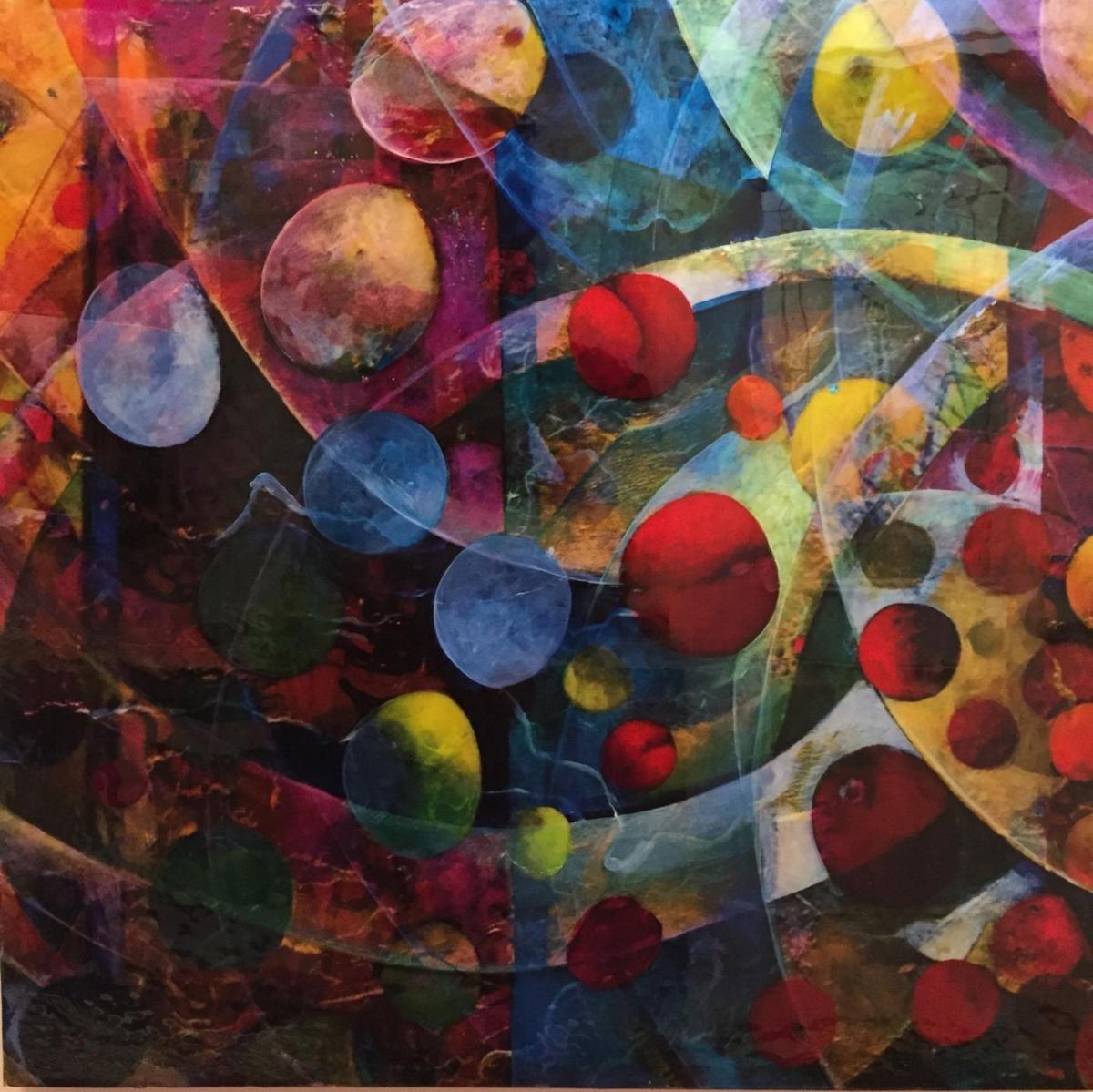 A painting by artist James Dupree. 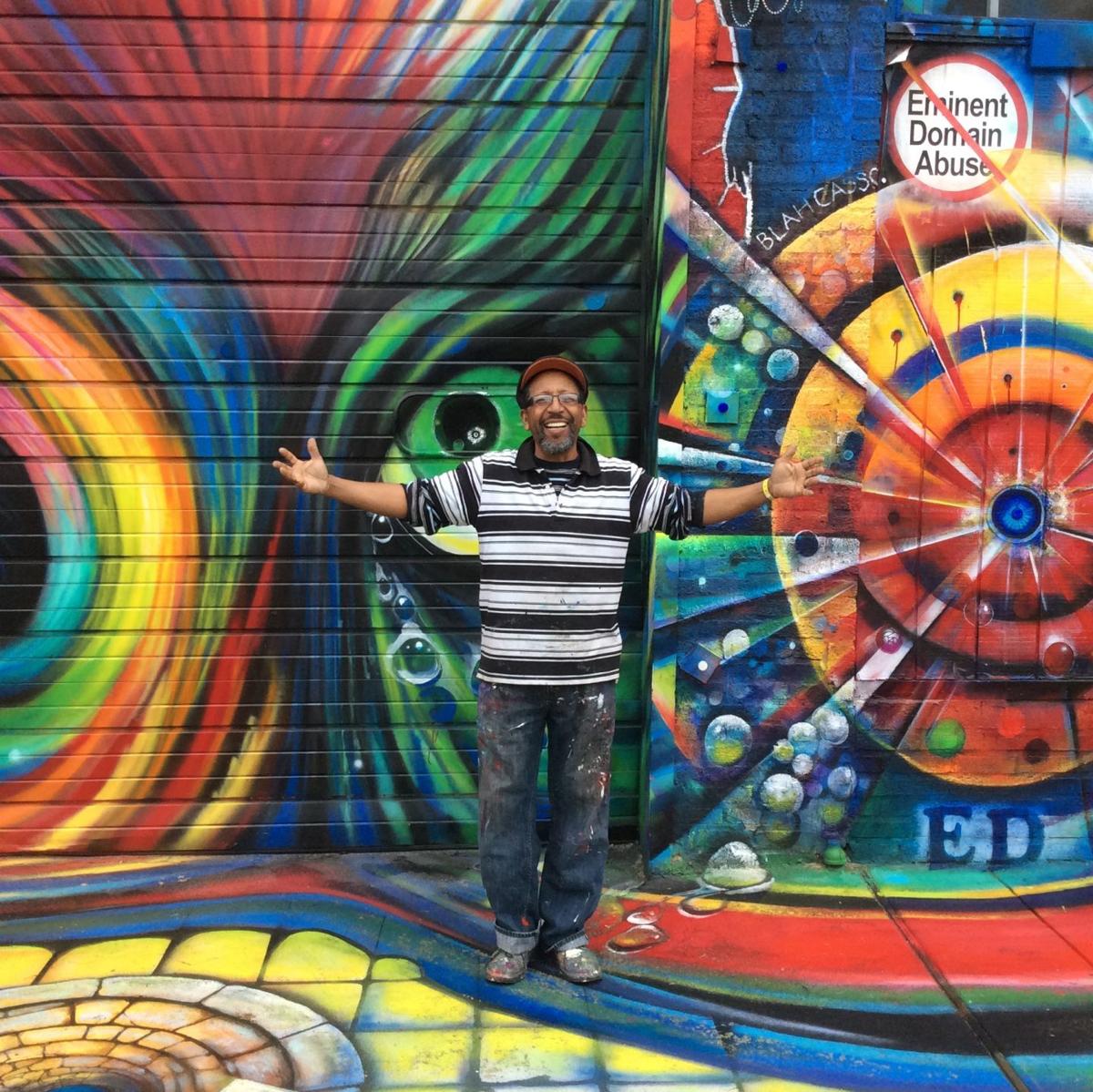 James Dupree’s latest exhibition “Works from the Stolen Dreams and Forbidden Fruit,” is on display at Art Sanctuary. 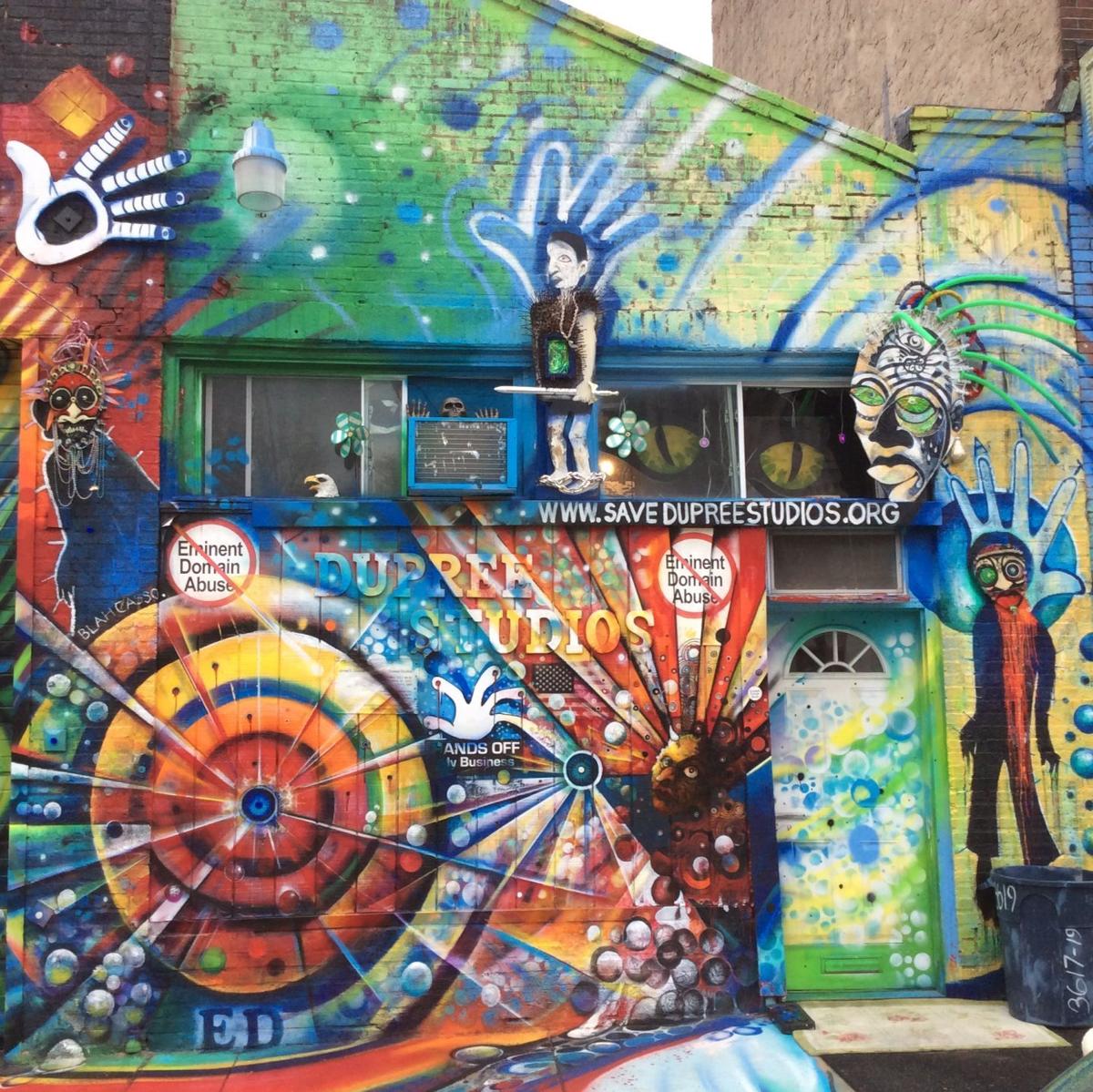 James Dupree’s works are in the permanent collections of several museums including the Philadelphia Museum of Art, the African American Museum in Philadelphia and the Schomburg Museum in Copenhagen.

A painting by artist James Dupree.

James Dupree’s latest exhibition “Works from the Stolen Dreams and Forbidden Fruit,” is on display at Art Sanctuary.

James Dupree’s works are in the permanent collections of several museums including the Philadelphia Museum of Art, the African American Museum in Philadelphia and the Schomburg Museum in Copenhagen.

It was mere months ago that famed artist James Dupree was in the fight of a lifetime. A native son of Philadelphia, Dupree’s Mantua studio was targeted for eminent domain by the Philadelphia Redevelopment Authority (PRA,) who’d planned to replace it with a grocery store and parking lot. Dupree chronicled the case on his website, describing how he transformed the Haverford Avenue property into the art studio it is today. Dupree’s situation drew national attention and a global outcry.

“I invested everything I own into this property,” Dupree once said in an Institute for Justice op-ed piece posted on Forbes.com. He painted a mural on his building with a stern warning to the PRA: “HANDS OFF My Business.” With just four days before an eminent domain loophole was closed by the state in December 2014, PRA backed down from the attempted land grab and Dupree won the fight to keep his studio.

An accomplished artist, educator and business owner, Dupree grew up just a few blocks from his Haverford Avenue studio. Among the first Black graduates of the University of Pennsylvania MFA program and a recent recipient of the UPenn Black Alumni Society’s Living Legend Award, he is, in many ways, an example of how Philadelphia’s art institutions address the city’s underprivileged communities. As a child, Dupree attended free classes at Fleisher Art Memorial and later received a full scholarship to Columbus College of Art and Design. He went on to attend Pennsylvania Academy of Fine Arts (PAFA) and the University of Pennsylvania.

According to Dupree, his 35-year plan for success is in full effect. “I was out the womb drawing on the walls,” he recalled. “You couldn’t keep crayons or anything that made a mark around me. I’ll tell the story: In second grade, I said I was going to be a famous artist. When I turned 30, that is when I devised this plan: Where am I going to be next year, three years, five years, 10 years, 15 years, 20 years, 25, 30? What am I doing to make that happen?

“So, one of the things for me was I always wanted a great studio. When I went to Barcelona and looked at [artists] [Pablo] Picasso and [Antoni] Gaudi, they all had their own museums that were supported by their own communities. Those people support and respect their artists, so I said, ‘They’ll never give me my own museum; I’ll build my own museum.’”

And build he did. After four decades of renovations his studio has 5,000 pieces of artwork. Dupree also hosts art classes at his studio and has plans to start a mentorship program to educate inner-city youth on entrepreneurship and the arts.

Today, the 65-year-old artist is concentrating on empowering others by sharing the story of his life in the arts, and is the subject of an upcoming film documentary. Dupree’s works are in the permanent collections of several museums including the Philadelphia Museum of Art, the African American Museum in Philadelphia and the Schomburg Museum in Copenhagen, as well as in private collections of the Dave Matthews Band and Patti LaBelle. He has been an artist-in-residence at numerous cultural institutions including the National Museum of Wales and the Studio Museum of Harlem, and his sets for a Mummers Fancy Brigade Club, the Shooting Stars, won them first place two years in a row — and him the nickname of “King James.”

“So many great artists come out of Philly, and they all had to leave,” said Dupree. “Very few stay, and the ones of color basically have to do something that is basically decadent in order to be relatively successful. My problem is a lot of my work is so colorful that it is borderline and it never crossed over, but the fact that I have five pieces in the museum is remarkable — three were Brandywine prints, and two were exhibitions competing with all the artists in the city that won first place.”

Dupree’s latest Art Sanctuary exhibition, “Works from the Stolen Dreams and Forbidden Fruit,” represents a creative turning point for the artist and refers to Dupree’s attempt to dig deep into the subconscious. “I know different people will respond to the work at different levels, and I don’t want to reveal what the forms mean to me,” stated Dupree. “Suffice it to say, there are allegorical symbols that relate to my being Black, and the reality of having to survive social rites of passage and periods of cultural isolation.”