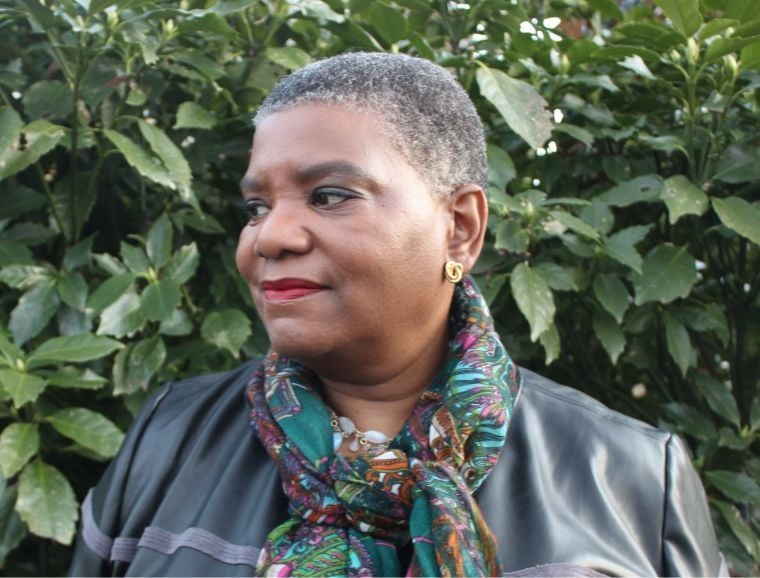 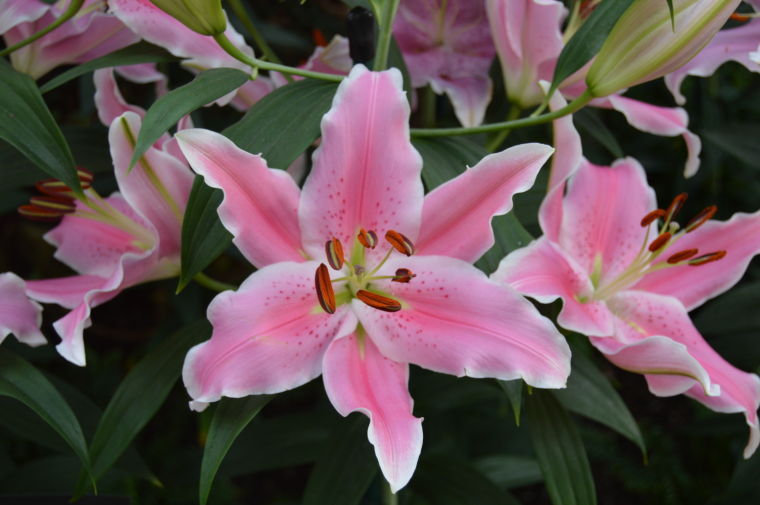 This portrait of lilies is among the art on display at “The Art of Nature: A Photographic Exhibit by Pheralyn Dove.”

This portrait of lilies is among the art on display at “The Art of Nature: A Photographic Exhibit by Pheralyn Dove.”

As a self-described “word-warrior,” Pheralyn “Lady” Dove has long established herself as a poet, spoken-word artist, author, essayist, playwright, educator and workshop facilitator. While her words have captivated many over the years, Dove has quietly harbored a passion for photography. She began documenting her world through the eyes of a camera lens when film and dark rooms were the norm. This month the wordsmith is debuting her first photographic exhibit, “The Art of Nature.”

“I have always been a nature girl, so when I lived in North Philly/Strawberry Mansion, Fairmount Park was my playground and I would collect sticks, rocks and buttercups in the course of my day,” recalled Dove. “Then my family moved to Mt. Airy when I was in elementary school, so Valley Green became my playground. As a young woman after college, I started going to Valley Green and taking pictures with my Canon SLR. I was really taking pictures as a young woman almost exclusively of nature.”

In the 1980s, Dove put her camera (and all the heavy equipment that went with it) down to tend to child-rearing and concentrate on her other skill: writing. Save the four years she attended Hampton University, the Delware Valley has always been home for Dove, whose work has been showcased nationwide and internationally. Dove was selected for the juried NYC International Fringe Theater Festival, performed at Vision Festival in NYC, and Jazz a la Villette in Paris. She is the featured poet on Khan Jamal’s “Return from Exile” and Tyrone Brown’s “Moon of the Falling Leaves” CDs.

Over the next 20 years, she built her reputation as a wordsmith (including working as the Arts reporter at The Philadelphia Tribune), but photography was still on her mind. It was the gift of a digital camera prior to a 2008 trip that opened the door of photography again.

“I enjoyed it, and I found even in capturing news articles I had good landscapes and nature shots in the mix of all of that,” said Dove. “Then, my daughter gave me an iPhone. After getting into my photography again, I upgraded to a DSLR camera. I got into the habit of always having my camera with me so I would capture the sunrise, the dew on the roses or just photographs of nature while walking.”

Dove continued: “I have always been a nature lover and have always appreciated flowers and natural settings, and I feel my skill set is suited towards nature photography because nature is so patient,” explained Dove. “It is there and it doesn’t move. For the most part when you’re shooting brooks, streams, flowers and pastoral settings, it is there for you. I find that my own piece of mind and creativity comes from being in nature, so taking the pictures became a thing for me.”

“The Art of Nature: A Photographic Exhibit by Pheralyn Dove” is on view through March 31 at the Gold Standard Café, 4800 Baltimore Ave. On March 13 at 10 p.m. Dove will discuss “The Art of Nature” with J. Michael Harrison, host of “The Bridge” on WRTI 90.1 FM.