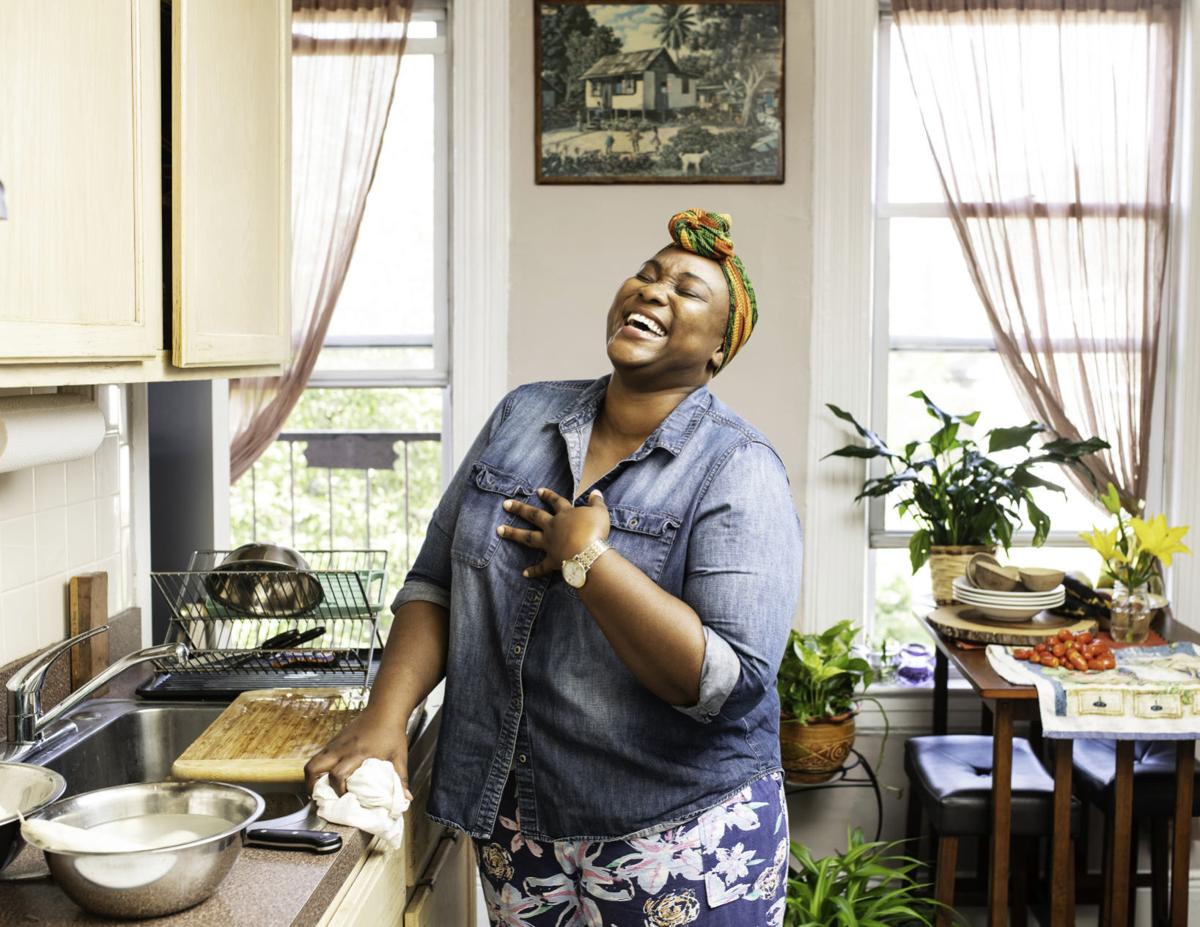 Leigh-Ann Martin runs a pop-up restaurant in her home in Union City, N.J. She serves Trinidadian-inspired food, influenced by her memories and research into Caribbean traditions. 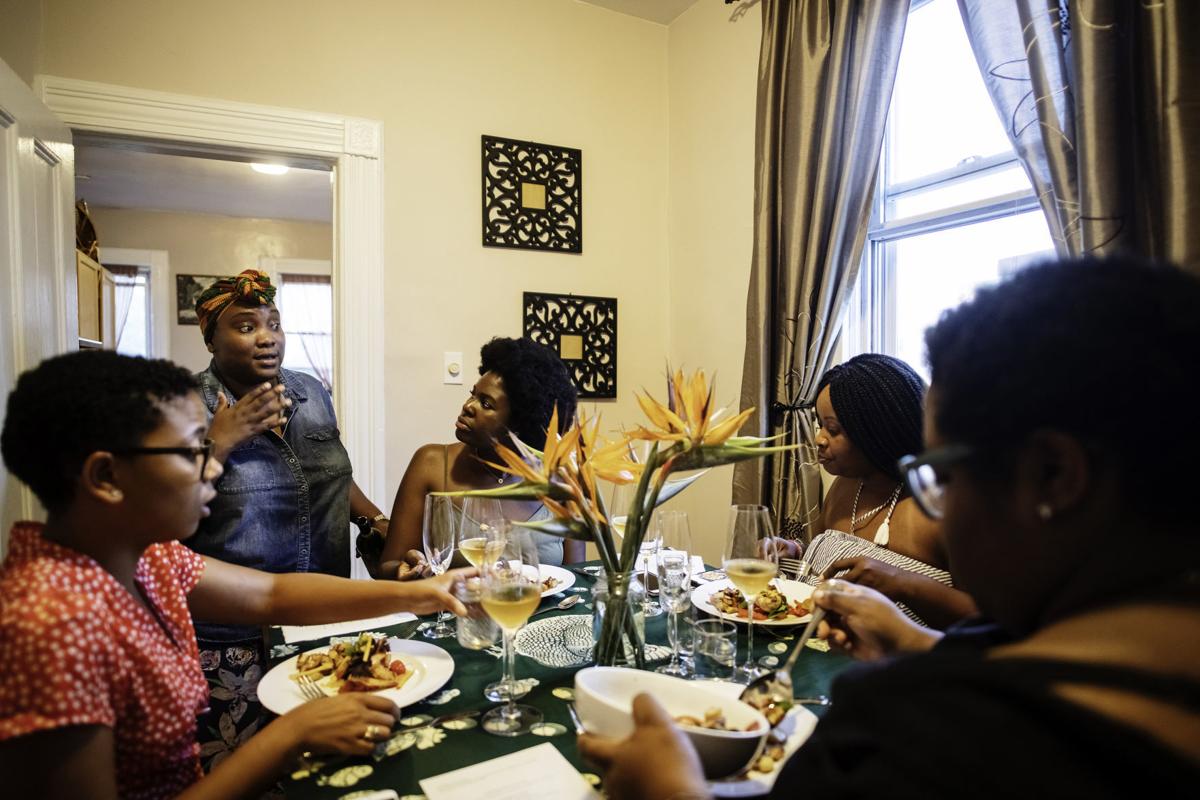 Martin speaks to guests as they eat a meal at her home. 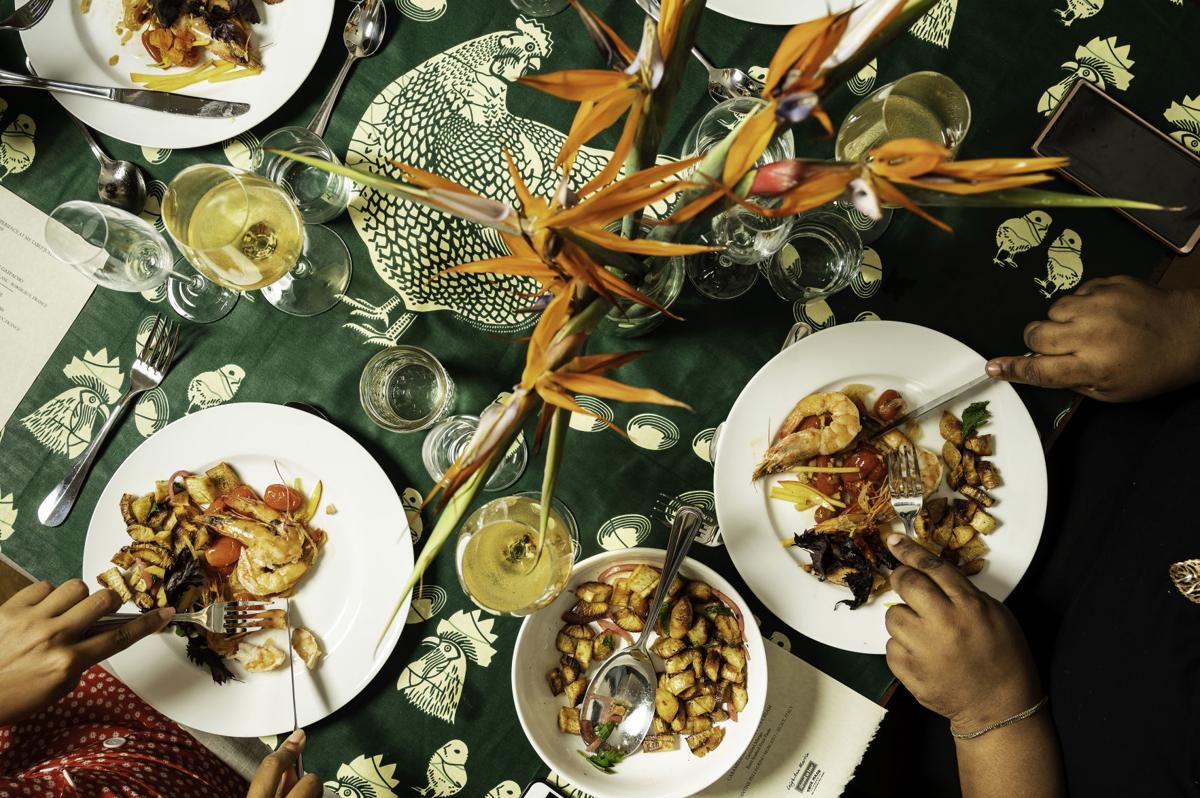 Leigh-Ann Martin runs a pop-up restaurant in her home in Union City, N.J. She serves Trinidadian-inspired food, influenced by her memories and research into Caribbean traditions.

Martin speaks to guests as they eat a meal at her home.

At pop-up restaurants, where chefs temporarily set up shop in a dining room, a barn or even a dorm room, dinner is an improvisation, more jazz than symphony. For a limited time and a limited audience, a cook can riff with premeditated spontaneity.

For years, pop-ups have been many newcomers’ first step toward opening a restaurant, a way to show off their talent and try out new ideas. But now, some chefs and home cooks are treating the pop-up as an end in itself, using the dinners to explore and share their culinary traditions.

This new breed of chefs charge for their dinners, but none are getting rich from them. Most advertise on Instagram and sell tickets online. Whatever the logistics, their pop-ups allow them to innovate and experiment for just a few guests, creating a community that lasts only as long as the meal. Pop-ups offer cooks a way to say, through food: “This is my history. This is who I am.”

In Union City, New Jersey, Leigh-Ann Martin makes Trinidadian-inspired food at her home. Her pop-up is called A Table for Four.

In 2017, Martin booked a ticket to St. Lucia, in the Caribbean. A native of Trinidad, she was tired of New York winters and yearned to understand more about her ancestral foods. In a series of trips to the Caribbean ranging from a week to more than a month, she set out to explore different islands.

In Trinidad, she spoke with relatives, carefully watching them cook. In Grenada, she felt connected to the land, preparing barracuda once a week. In Barbados, she sought out dishes not meant for tourists.

“It’s not like everyone is eating out of coconut shells,” Martin said, laughing. “But you have to respect that Jamaicans cook like Jamaicans, and Trinidadians cook like Trinidadians. There’s no ‘Caribbean food.’ That’s a myth.”

When she returned to her apartment in Union City, New Jersey, in June 2018, she started hosting intimate pop-up dinners at her small, square table. Martin, 34, plans each course months in advance, infusing rum with fruit for dessert, and meeting with the staff at Good Wine, a store in Park Slope, Brooklyn, to plan each pairing.

“I’m a crazy Virgo,” she said. “I’m Miss Bossypants. With everything, it’s preparation.”

Her dinners pole-vault stereotypes of Caribbean food as being laid-back and slapdash. An August dinner was beach-themed, her food an ode to the oceanside socializing, with fruit sellers and soccer games, that lives in her nostalgia. For $85, including wine pairings, each of her four guests took a trip into her memories.

To start, she served a gazpacho made from chayote, the squash also known as christophine, in open calabash gourds, nestled on beds of rock salt. She dressed the chilled soup with coconut oil from Grenada, brought back in her suitcase.

Spicy ginger shrimp evoked the heat of beach sand. The briny taste of her souse, pickled pigs’ feet served in an acidic brine, recalled the salty waves. (“A lot of people within the diaspora would rather not speak about the undesirable cuts of meat,” she explained. “But I want to show respect to the people of my country.”)

Therese Nelson, a food historian who attended, said she admired Martin for making a Caribbean meal without the stereotypical dishes that tourists expect. “She is using our heritage in a way that explores and plays, the way that every other culture gets to,” Nelson said.

More information about A Table for Four is at leighannmartin.com.