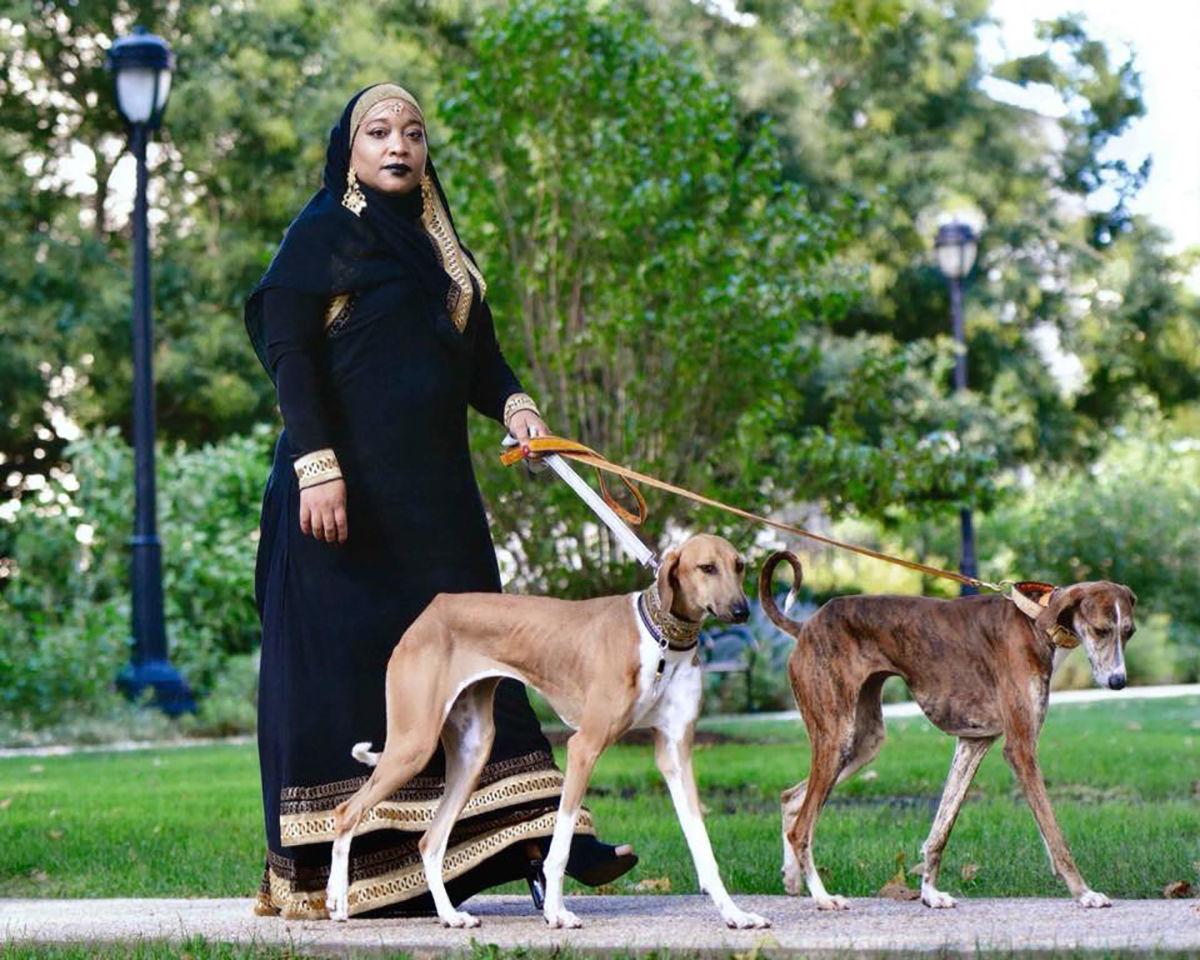 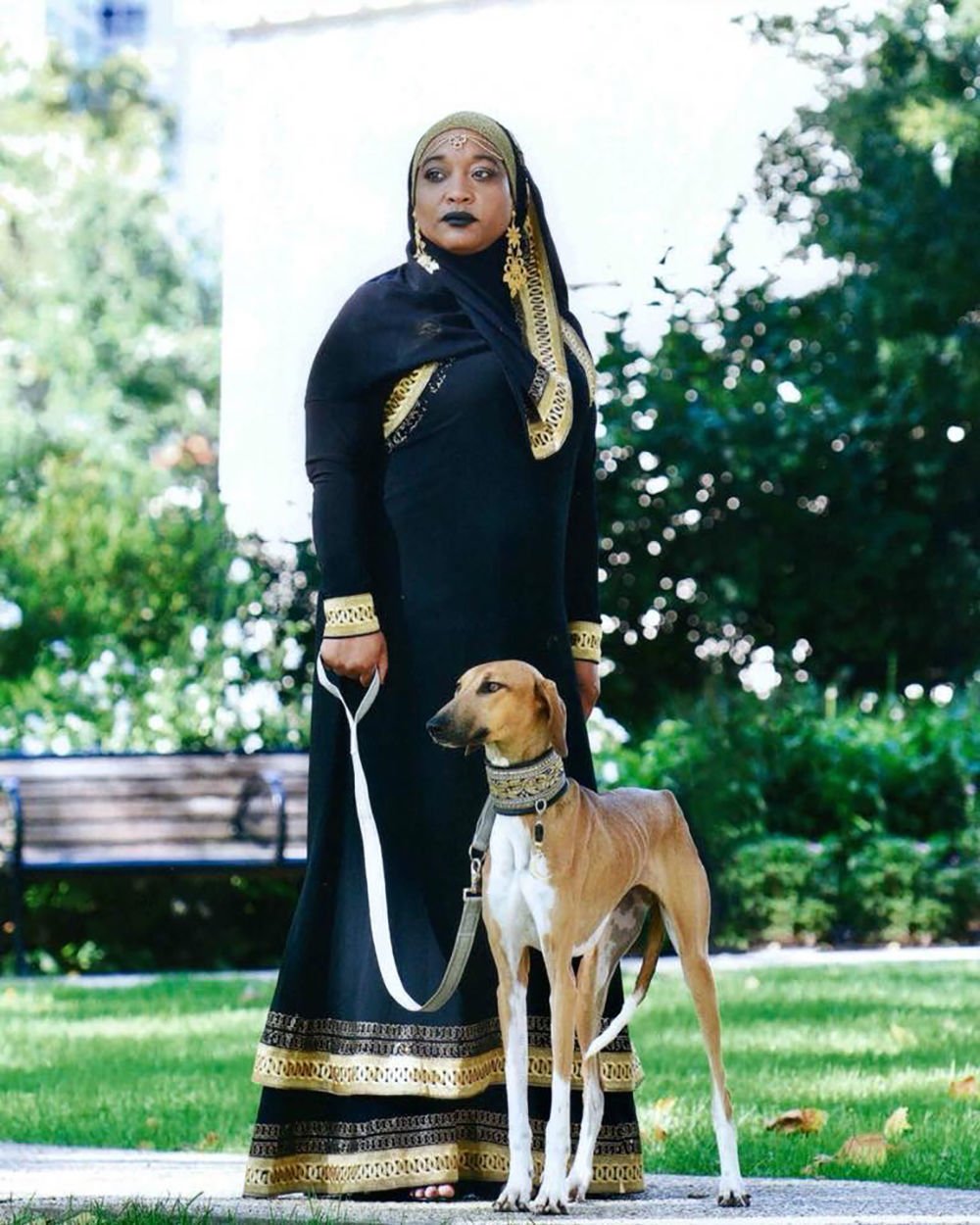 Aliya Taylor breeds Azawakhs, which are desert dogs, long-legged and built for speed and endurance when on the hunt. PHOTO: Terri Hirsch 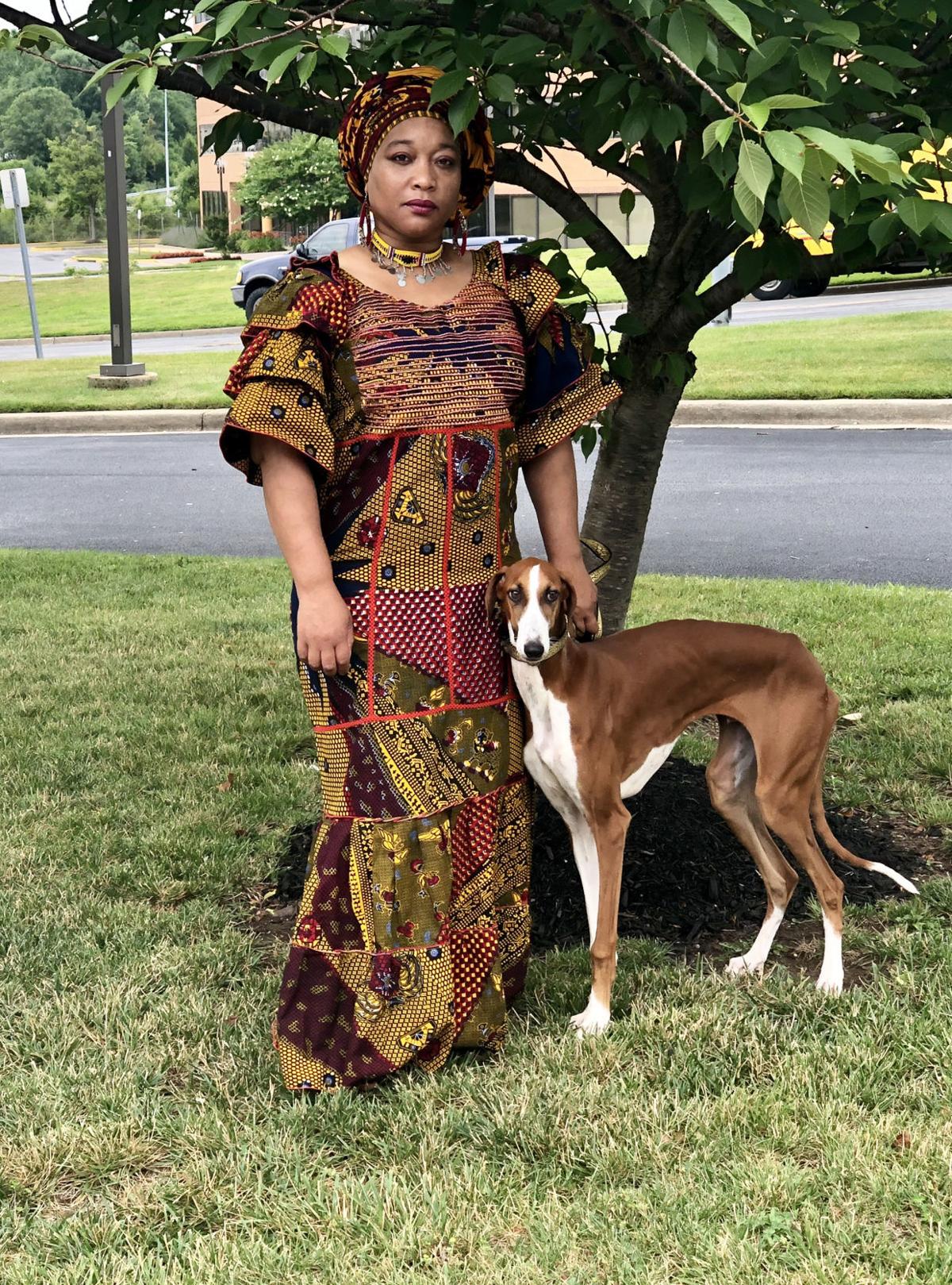 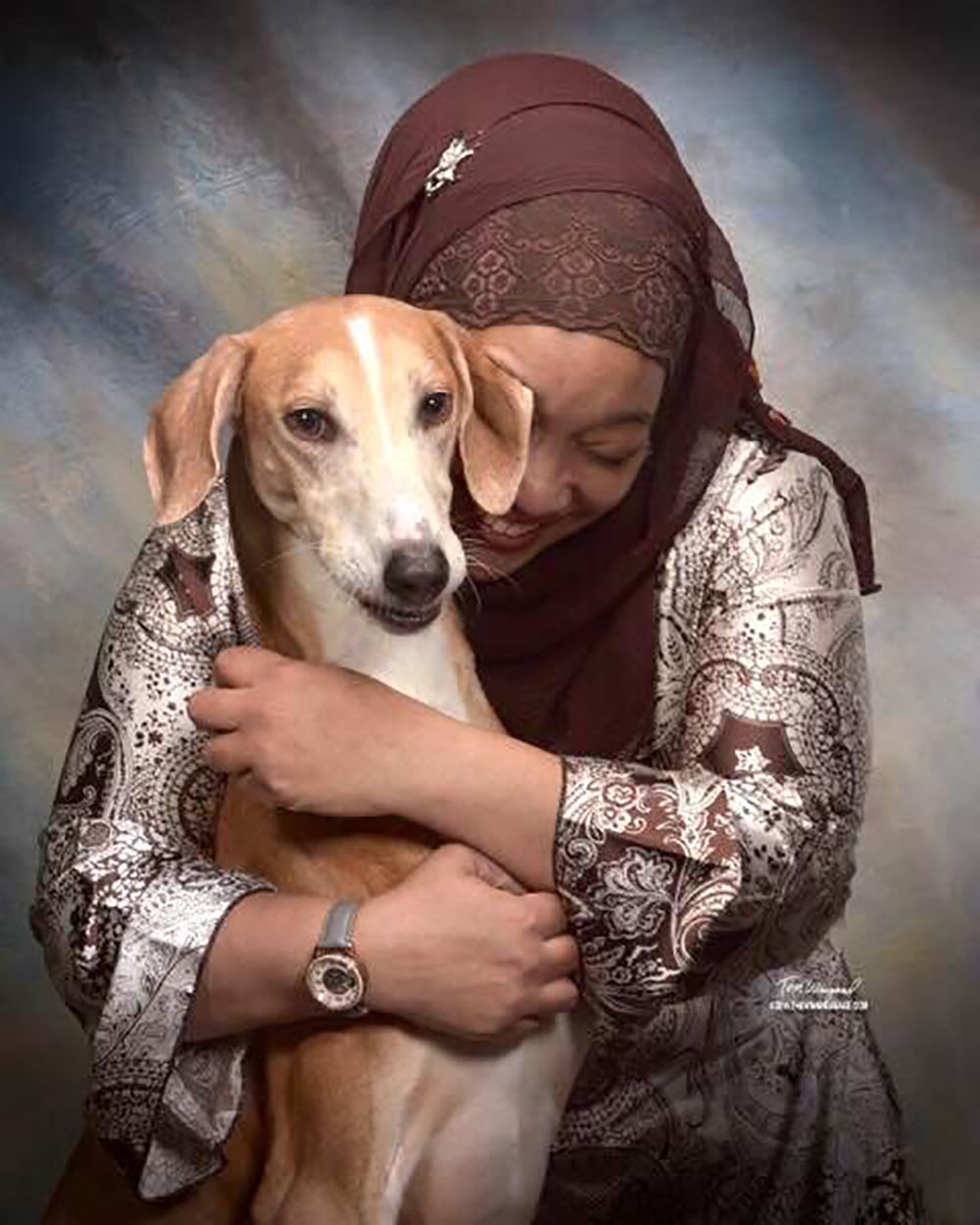 Aliya Taylor says these dogs are as much of a guardian as they are a hunter. PHOTO: SUBMITTED 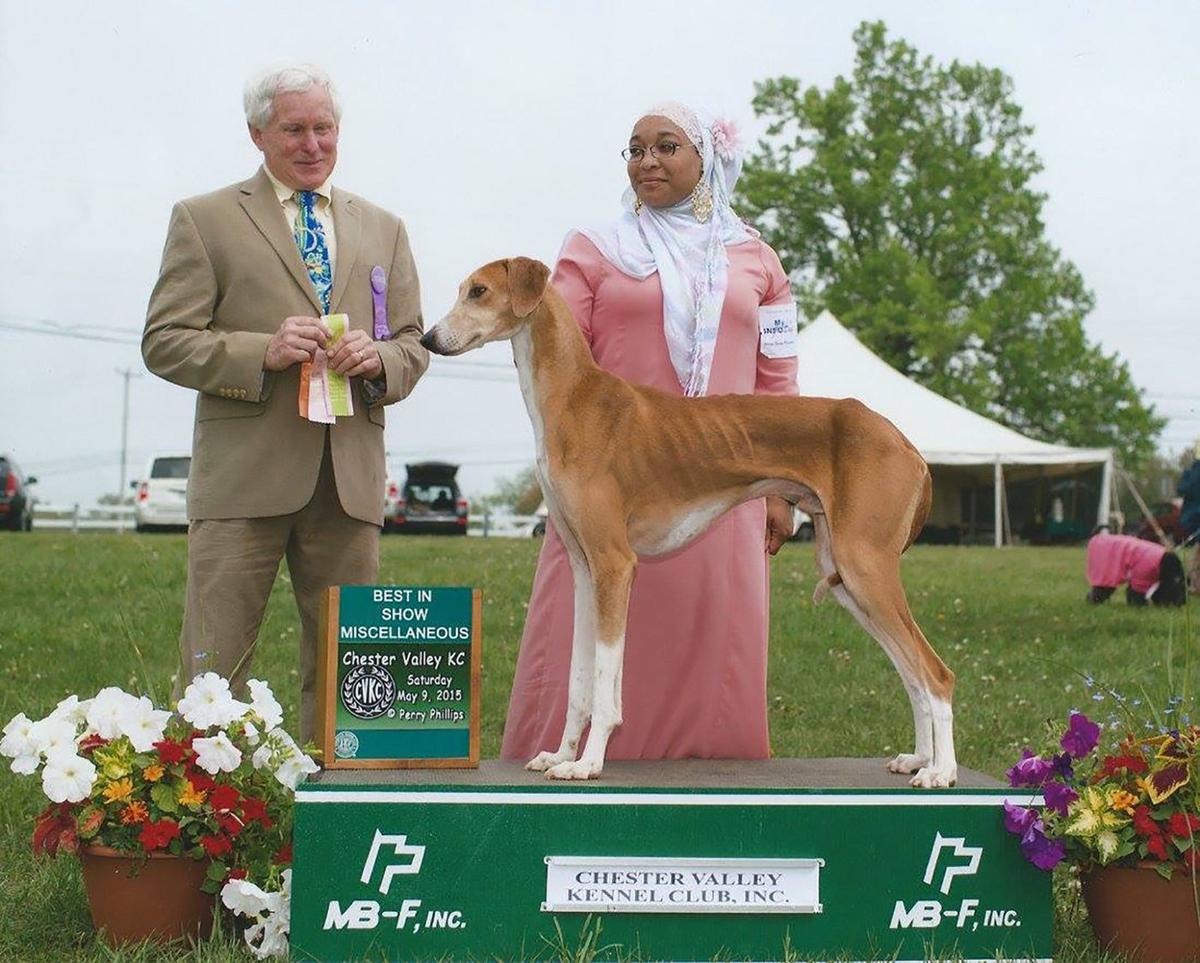 Aliya Taylor’s dogs have won several Best in Open Shows, a Best of Opposite in a National Show, three United Kennel Club (UKC) championships and Best in Show. PHOTO: SUBMITTED 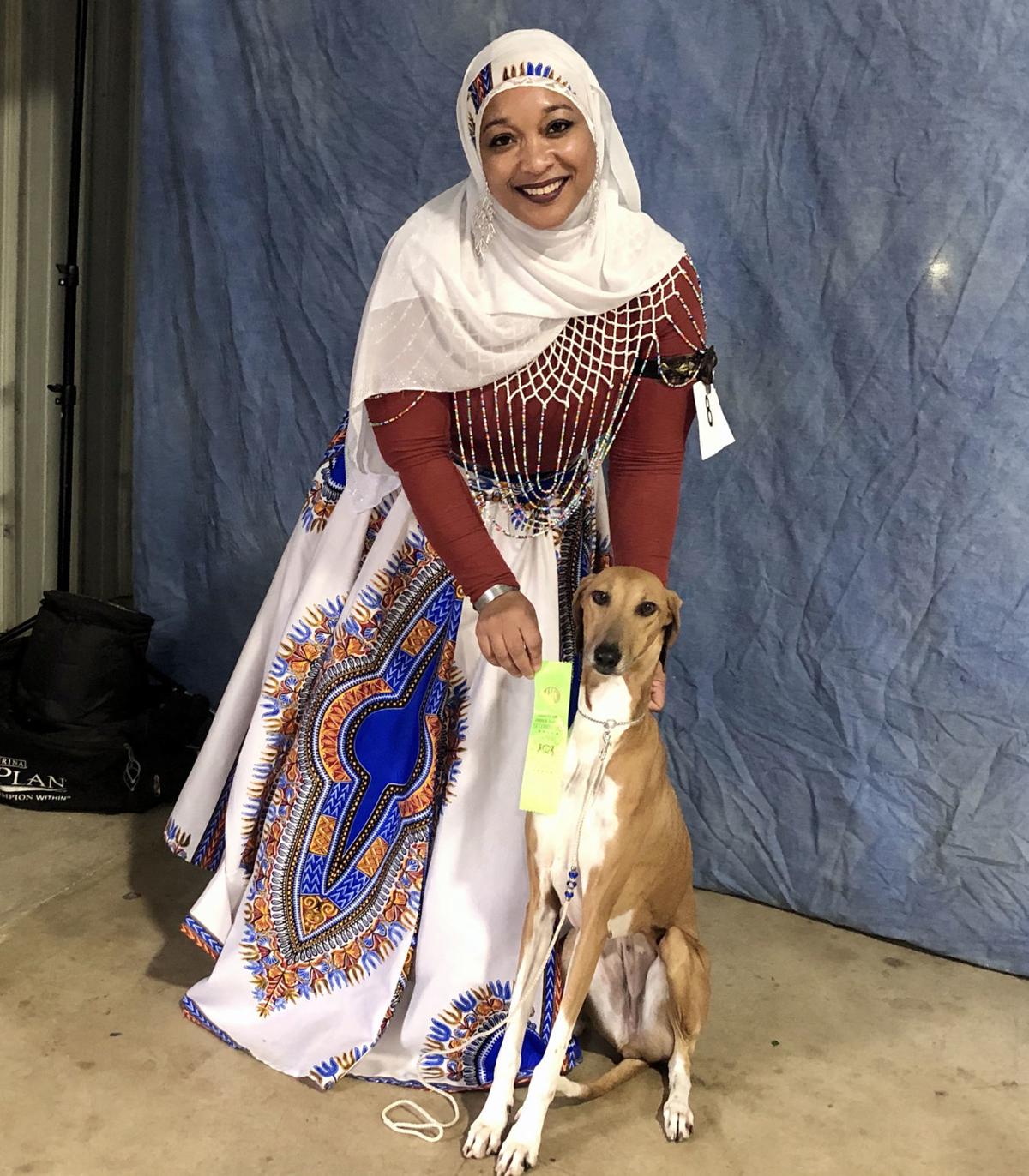 Aliya Taylor breeds Azawakhs, which are desert dogs, long-legged and built for speed and endurance when on the hunt. PHOTO: Terri Hirsch

Aliya Taylor says these dogs are as much of a guardian as they are a hunter. PHOTO: SUBMITTED

Aliya Taylor’s dogs have won several Best in Open Shows, a Best of Opposite in a National Show, three United Kennel Club (UKC) championships and Best in Show. PHOTO: SUBMITTED

“Some days working with my dogs was a lot less stressful than it was working with people. Of course, it depended on the day,” says Aliya Taylor who became a breeder of Azawakhs (as-a-wakhs) while still a Philadelphia Police patrol officer.

But after a stroke and a back injury forced her into a desk job, Taylor decided to retire from the force in 2016 and dedicate herself to breeding and showing dogs full-time.

“I started showing my first dog, a miniature schnauzer, when I was just 12 years old,” Taylor recalls. “At the time my mother was interested in showing her boxer dogs, and eventually I convinced her to let me show my dog too in what we call fun matches.”

In 2009, Taylor got a standard poodle and from that point on co-owned, raised and bred over 20 dogs and started to exhibit several exotic breeds.

“I got my first Azawakh, a tall and elegant West African sighthound, and bred my first litter in 2016,” Taylor says.

Since then, three of Taylor’s Azawakhs have shown in several dog show classes, including the Miscellaneous class, a designation by the American Kennel Club (AKC), to encompass any type of dog, which brought them to AKC Certificate of Merit titles.

Additionally, her dogs have won several Best in Open Shows, a Best of Opposite in a National Show, three United Kennel Club (UKC) championships and Best in Show.

According to Taylor, the Azawakhs in general have been recognized in the Miscellaneous class since 1988. “Everybody who saw the breed fought to have it recognized fully, which didn’t happen until the beginning of this year. So these dogs are not a new breed per se since they’ve actually been a breed in existence for a millennia. But they are a new breed now recognized by the AKC within the Hound group.”

They are not just a new breed, but the newest recognized breed by the American Kennel Club.

Taylor’s Tounour has been a winner since 2014.

“He’s from a very prominent breeder who goes over to West Africa to get the dogs he breeds,” she explains. “Bahir is the dog next to be shown at the Kennel Club of Philadelphia’s National Dog Show on Nov. 16 and Nov. 17 at Oaks, Pennsylvania.

Bahir, who Taylor says she hopes will be her next champion, is a desert dog, long-legged and built for speed and endurance when on the hunt. However, according to Taylor, these dogs are as much of a guardian as they are a hunter.

She says, “Highly intelligent dogs, they are often reserved with strangers, but intensely loyal to their owners.

That’s one of the best things about owning these dogs.

“And the best thing about showing them is more of a showcase and having them meet up with the breed standard that’s in place,” she says. “But the dog shows are not the only things I do with my animals. I also take them amateur racing, simulating the dogs chasing prey where they’re judged on their speed and endurance.”

Taylor says she hopes her dogs win every show they enter, although win or lose, she’s content to love and be loved by the six Azawakhs she owns today.

Ralph Peterson takes all his musical lessons to heart

“Whatever you want to call it, it’s Black music,” says renowned drummer Ralph Peterson describing his feelings about jazz. “But it belongs to …

Actress finds joy in craft and teaching it

She wanted to do it, but suddenly the fear of failure began to rear its ugly head.

While a student at Sam Houston State University in Texas, Nkrumah Gatling first dreamed of becoming a professional clarinetist but eventually …

It’s as if his modesty prevents him from discussing himself or his career.

Leonard Albert Kravitz, better known to most as Lenny Kravitz, is an entertainment powerhouse, who displayed his many talents early in life an…

Actress Melanye Finister wears many hats in the theater

Incredibly shy, self-conscious and terrified to speak in front of others, Melanye Finister’s parents enrolled her in an acting class to help h…