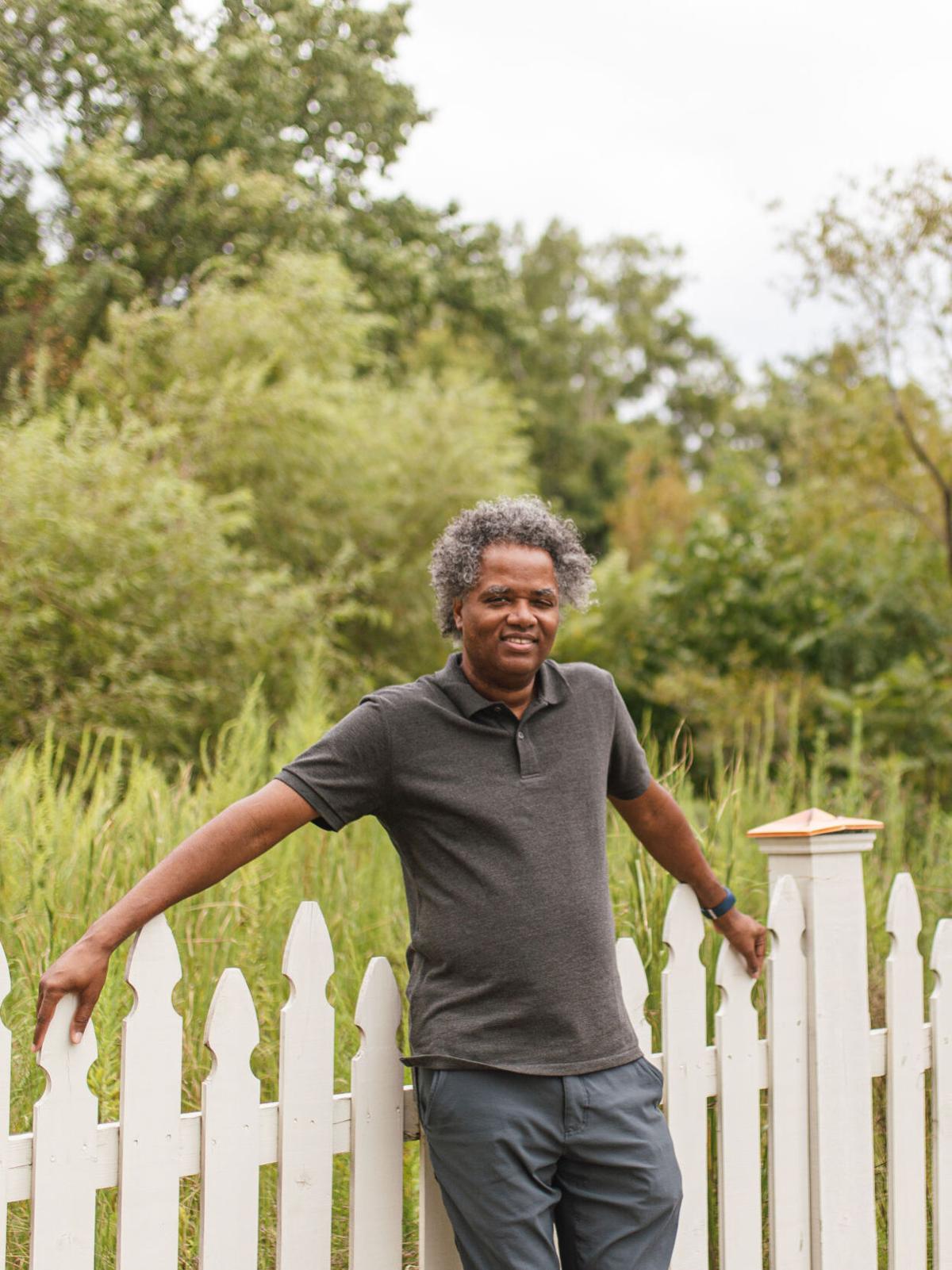 Marvin McAllister, who wrote a history of the William Brown’s African and American Theater, in Pineville, N.C. on Sept. 9, 2021. The African Theater, which had its first performance on Sept. 17, 1821, is both an inspiration and a cautionary tale.—Alycee Byrd/The New York Times 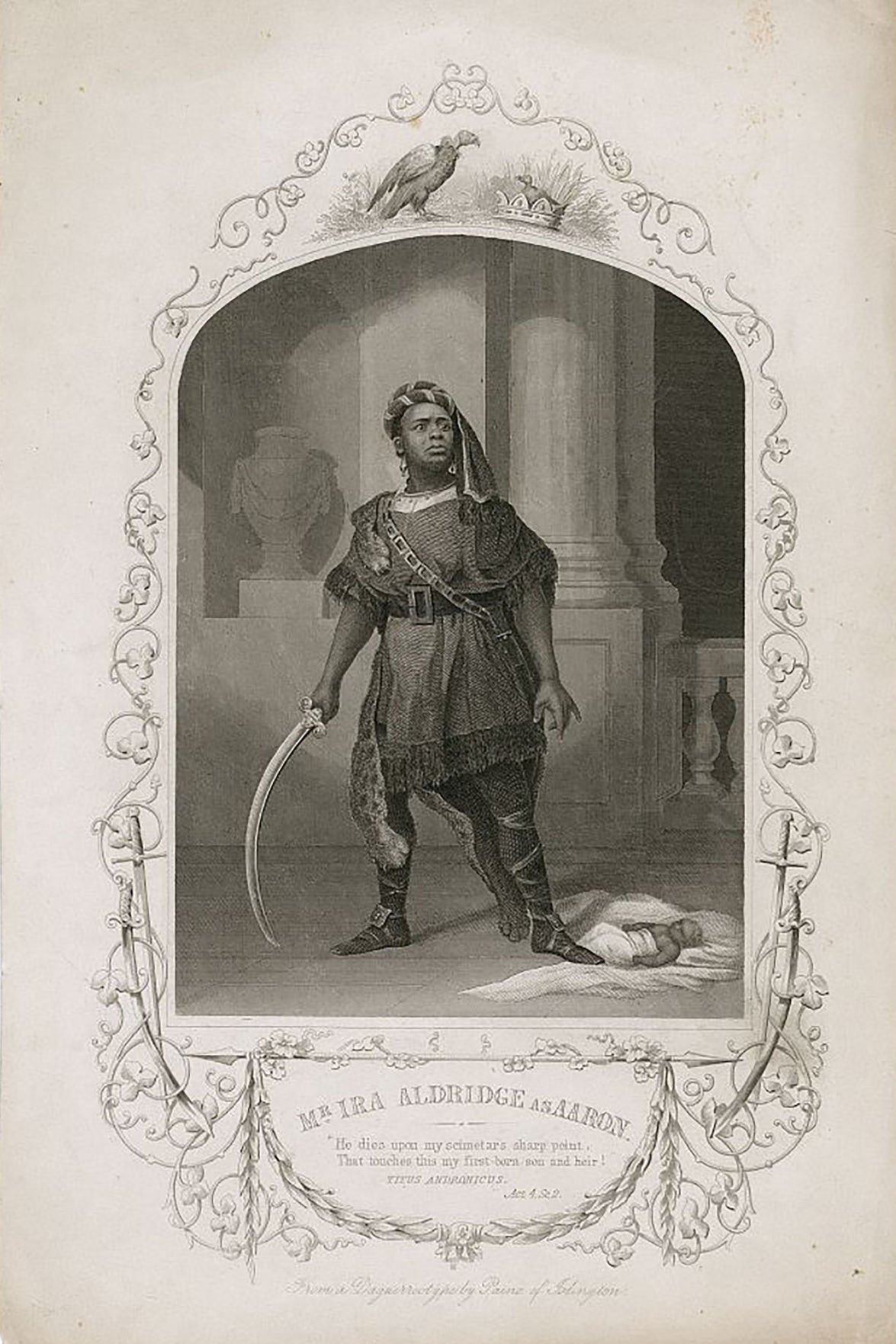 In an image provided by the Library of Congress shows, Ira Aldridge, a pioneering Black Shakespearean actor (shown here in “Titus Andronicus”), who got his start at the African Theater. —Library of Congress via The New York Times 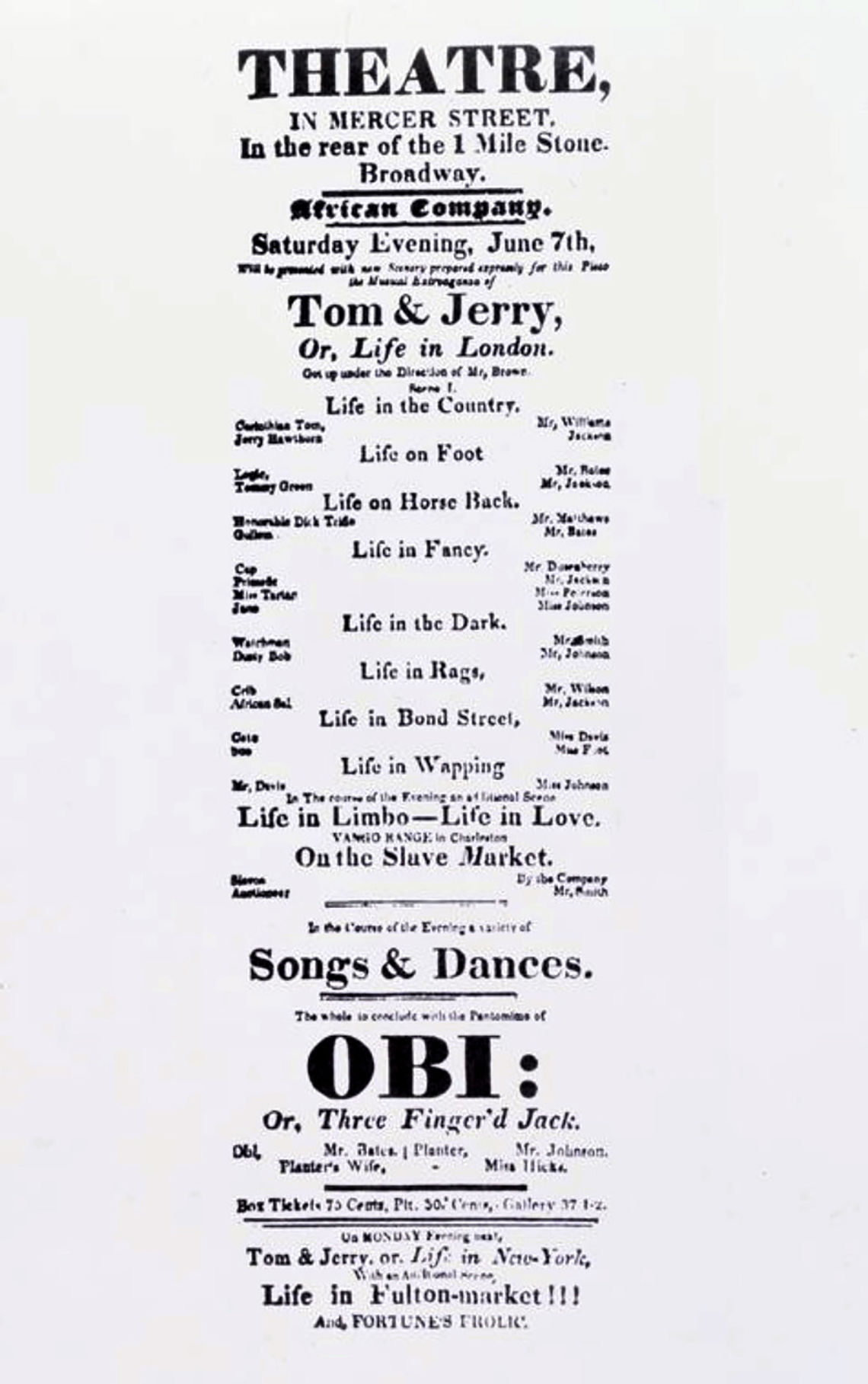 Marvin McAllister, who wrote a history of the William Brown’s African and American Theater, in Pineville, N.C. on Sept. 9, 2021. The African Theater, which had its first performance on Sept. 17, 1821, is both an inspiration and a cautionary tale.—Alycee Byrd/The New York Times

In an image provided by the Library of Congress shows, Ira Aldridge, a pioneering Black Shakespearean actor (shown here in “Titus Andronicus”), who got his start at the African Theater. —Library of Congress via The New York Times

NEW YORK — Shakespeare’s Richard III arrived on a New York City stage 200 years ago this month. This king stood in front of a Black audience. And he was played by a Black man.

He was the star of a production by the African Theater, widely considered the first Black theater in the United States. The company’s life-span was short — only two or three years — but its founder, its performers and its legacy changed American drama.

The African Theater’s history reflects many of the conversations still happening around race and the art form today. How can Black producers and artists get the support and resources they need to tell their stories? What does an exclusively Black space look like?

How is it born? And how does it survive?

The African Theater began with a ship steward — William Alexander Brown, a free Black man born in the West Indies who, in 1816, bought a house at 38 Thompson St. in Manhattan that would soon become a neighborhood hub.

Sundays were ripe for entertainment, with Black New Yorkers fresh out of church hungry for leisure. In his backyard, Brown began what became known as the African Grove, where brandy and gin and wine were poured and cake and ice cream were served, while James Hewlett, a fellow ship steward, sang for guests.

It wasn’t long before more performers joined Hewlett, who would become the principal actor in what came to be called the African Theater. On Monday, Sept. 17, 1821, it opened with “Richard III.” This wasn’t the swankiest showing; the first king was played by an enslaved man who wore a makeshift robe fashioned from a window curtain, and the play was condensed for a smaller cast.

And yet it was a hit. Hewlett would take over the role of Richard and later tour the country performing Shakespearean monologues, making him the first Black American Shakespearean actor. A younger member of the company, Ira Aldridge, would later travel overseas where he made a career as an internationally renowned Black Shakespearean actor.

For the price of 25 cents — or, for a nicer seat, a hefty 50 cents — the African Theater entertained hundreds of Black New Yorkers with both classic and original work, alongside operas and ballets. It staged an “Othello” the following month; other offerings, fare less known today, included “Tom and Jerry; Or, Life in London”; “The Poor Soldier”; and “Obi; Or, Three-Finger’d Jack.”

Brown himself wrote “The Drama of King Shotaway,” an account of a Black Caribbean uprising that is considered the first play written by a Black author though the text has been lost to history.

Lost scripts, vague details and a theater’s sudden end — this is essentially a ghost tale. Even though the African Theater grew so popular that white audiences began attending as well, Brown faced an uphill battle for the company’s entire existence.

When he dared to go toe-to-toe with a nearby white theater, each presenting rival Shakespeare productions, he was harassed by police and his theater was raided. His performers were attacked. He changed the theater’s name and moved it several times, opening and closing and reopening until the financial well ran dry.

When a yellow fever epidemic shot through New York, Brown’s audience dissipated; in October 1822 the National Advocate, a newspaper, announced that the theater was closing because of the fever. Hewlett, the company’s principal performer, left a few months later.

What happened to Brown, and when exactly the theater shut down for good, are both unclear. The last known playbill for an African Theater production was dated June 1823.

The story of Brown and the African Theater is too often forgotten in the larger history of American theater. Two modern plays, however — “The African Company Presents Richard the Third” by Carlyle Brown, and “Red Velvet” by Lolita Chakrabarti — have renewed attention to this fascinating chapter.

Part of the reason the moment is overlooked is that Brown’s theater feels so isolated from the rest of Black theater history, according to Harvey Young, a theater scholar and the dean of Boston University’s College of Fine Arts.

“(With) Du Bois or Langston Hughes or Lorraine Hansberry, you can immediately see the baton not only passing but multiplying, and then impacting generations upon generations of people,” Young said. “It’s harder to trace the influence of William Brown.”

Fortunately theater is a spectator sport, so a moment on the stage, though fleeting, will survive for as long as a single audience member can recall it. And Brown had a sizable audience — around 300 to 400 people, scholars estimate — that could remember what his troupe brought to the stage.

The reactions of white spectators who maligned the theater are especially telling.

Once the African Theater shifted from a strictly Black space to an integrated one, there was a brutal disconnect between what the different audiences expected to happen onstage.

That was then, but also speaks to now, according to Marvin McAllister, the author of “White People Do Not Know How to Behave at Entertainments Designed for Ladies and Gentlemen of Colour: William Brown’s African and American Theater.”

“What William Brown was contending with, which subsequent Black leaders have contended with, is this real complex dichotomy — he is a Black artist that the theatrical landscape in New York in the early 1820s both wants and rejects,” said McAllister. “People want to see what the African Company is going to do. … but at the same time, they want to reject or deny their ability to do certain things, like, for example, legitimate Shakespeare.”

This was about more than just a few lines in a script; such Black artistry suggested an intellectual depth and freedom that dangerously contradicted the ideas on which the society’s laws were based.

It’s for this reason that oftentimes the white audience’s curiosity about the theater would quickly shift to resentment, said Douglas Jones, an English professor at Rutgers University and the author of “The Captive Stage: Performance and the Proslavery Imagination of the Antebellum North.”

“It was proving false claims of inherent Black inferiority,” Jones said. “That is to say, if they could do these high-cultural forms, then the ways in which we are justifying slavery or Black second-class citizenship — that goes out the window.”

How does the theater make Blackness “legible,” or seen in all of its dimensions? That’s the question Jones says Brown faced, and now, he says, contemporary Black playwrights like Aleshea Harris, Branden Jacob-Jenkins, Suzan-Lori Parks and Jeremy O. Harris are doing the same, though with different tactics.

The 200th anniversary of the African Theater (which was commemorated on the 2021 International Black Theater Summit’s Black Theater Day on Sept. 17) coincides with an important moment in Broadway history, when all of the new dramatic productions scheduled this fall — seven total — are by Black playwrights.

It’s a moment to celebrate. And yet it’s also a moment to recognize how difficult it has been for Black artists to make it onstage and into our history. After all, Brown created the first Black theater in the country, and it promptly failed.

It wasn’t until the Harlem Renaissance, and then after World War II, in the 1950s and ’60s, that Black theater would have its time in the spotlight.

“But if you look at this moment — Ruben Santiago-Hudson in ‘Lackawanna Blues,’ ‘Pass Over’ on Broadway — one month, three months of activity, can really inspire folks for generations,” Young added. “And we’re talking about a person who just kept at it for three years. That’s significant.”