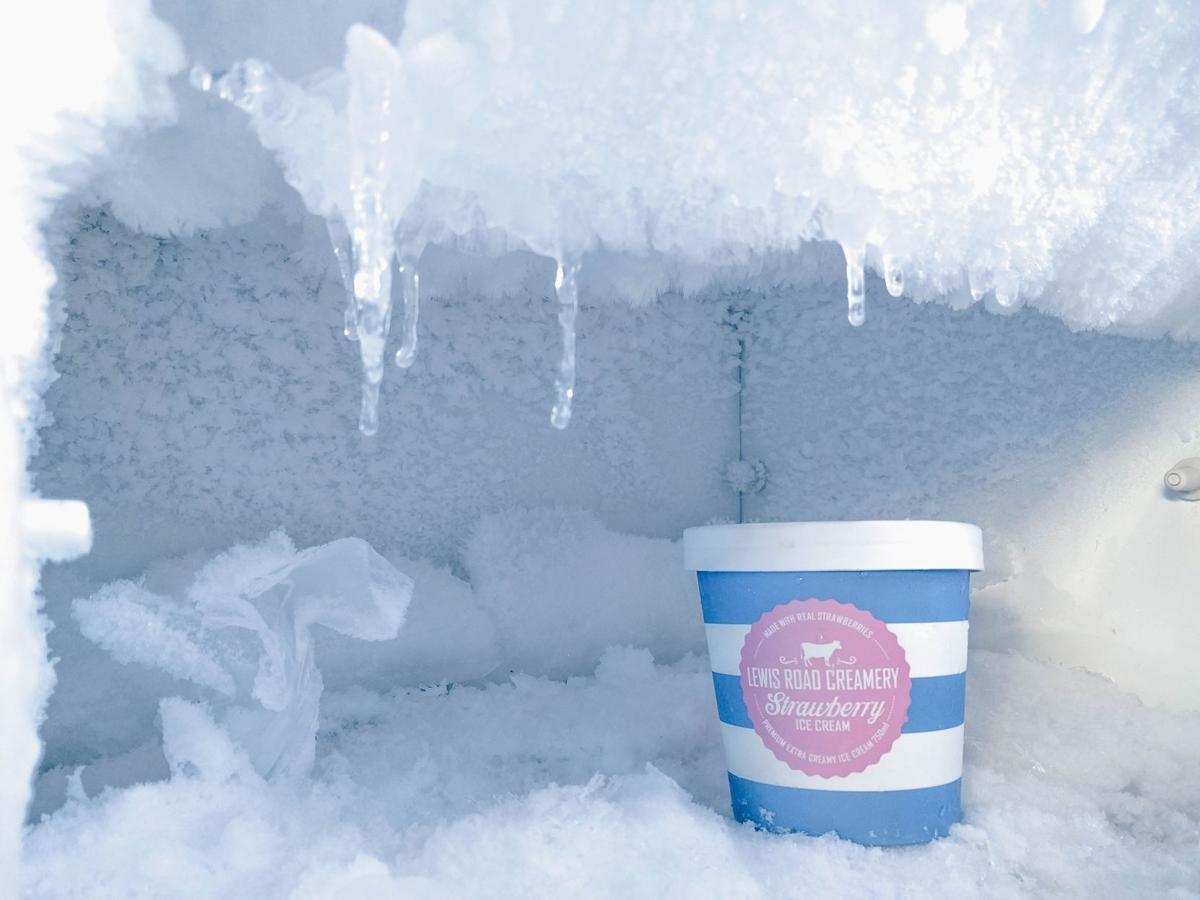 You should have your freezer full during a power outage. Food can last up to 48 hours there. —Unsplash photos 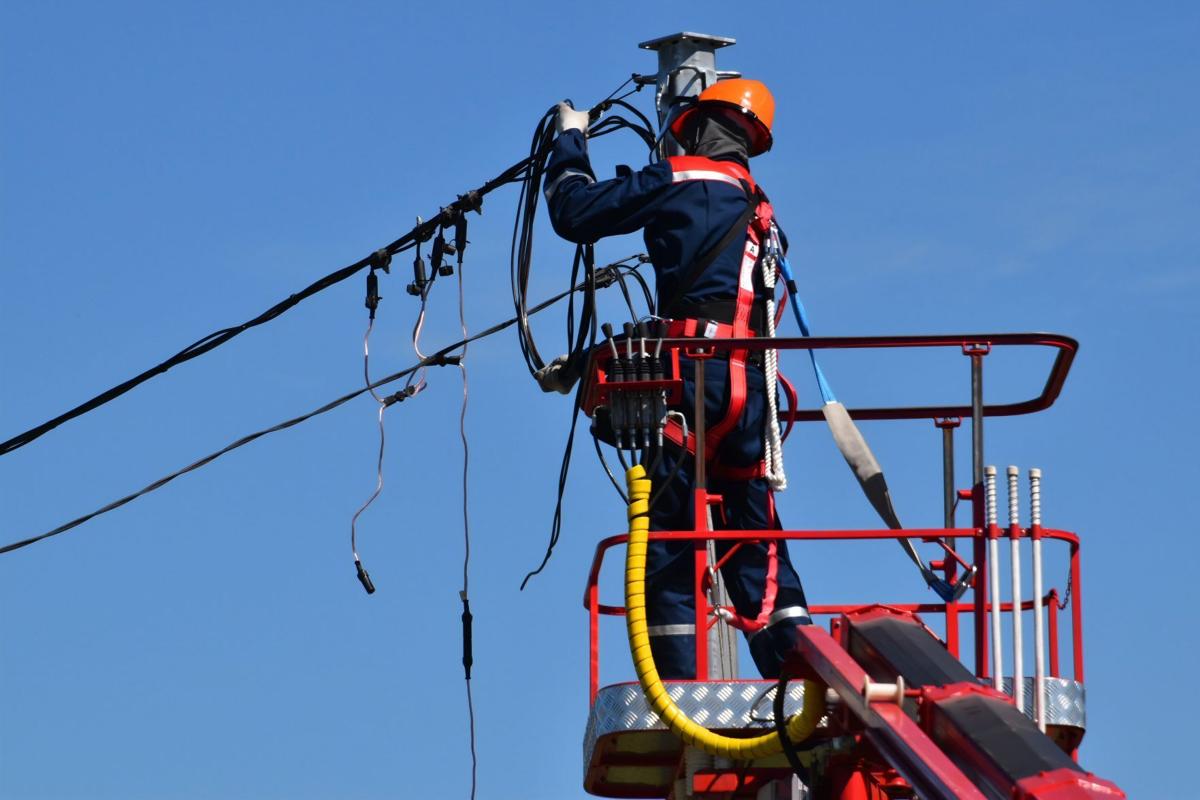 A winter storm can blow through and knock out the power in your neighborhood for a few hours, but sometimes, it can be out for days or even weeks.

You should have your freezer full during a power outage. Food can last up to 48 hours there. —Unsplash photos

A winter storm can blow through and knock out the power in your neighborhood for a few hours, but sometimes, it can be out for days or even weeks.

It’s bound to happen sooner or later: A winter storm blows through and knocks out the power in your neighborhood. More often than not, it’s back on in a few hours, but sometimes, it can be out for days — or even weeks.

That’s what happened in Texas this week when about 3 million people went days without power and/or water after an unusually severe winter storm overwhelmed the region’s power grid. The blackouts sent residents scrambling to contend with the record-setting freeze, resorting to extreme measures such as boiling snow for clean water and sleeping in front of their fireplaces until they ran out of wood. (Hardware stores quickly sold out.)

But some DIY heating solutions can be deadly. Emergency operators across the South reported dramatic spikes in calls about carbon monoxide poisoning as people attempted to use combustible energy — largely from barbecue grills and generators — inside their homes for heat. In one tragic incident, a mother and child in Houston died after attempting to funnel heat from their car.

“Carbon monoxide [poisoning] is very serious,” says Mitchell Kannry, the fire marshal and deputy fire chief of the D.C. Fire and EMS Department. “It’s colorless, tasteless and odorless, so unless you have a detector, there isn’t a good way to know that it’s reached toxic levels. It kills people.”

Winter blackouts don’t have to be life-threatening. There’s a lot you can do to navigate them safely, much of which can be accomplished long before a storm hits. As extreme weather becomes increasingly common, it’s good to be prepared, even — and especially — in warmer states that aren’t accustomed to severe winters. “It’s all about preparedness,” Kannry says. “The more ready you are ahead of time, the less creative, or risky, you’ll have to be in the moment.”

Start by stocking up on emergency essentials, such as extra blankets, batteries and candles or battery-powered lanterns, so you can navigate your home and stay warm overnight. “Pretend you’re going on a hike,” says Steve Wilcox, a D.C.-area electrician who has run Wilcox Electric with his wife, Tracy, since 1989. “You want a ‘go bag,’ a flashlight, extra food and water. The basics.”

For electronics, consider solar battery chargers, which can charge a standard cellphone with just a few hours of sunlight. USB power banks, or portable chargers, are also a handy option, because they can hold power for months at a time, meaning you only need to recharge them a few times a year. Those who live in areas at higher risk for severe winter weather may want to consider a portable power station, which is essentially a giant rechargeable battery. Although they’re costly, starting at around $1,000, they’re the only type of generator that can be safely used inside.

Consider your family’s health needs, too. Those who are on important medications should make sure they’re easily accessible, and keep a list of emergency phone numbers on the refrigerator or in a common area, including contact information for loved ones, doctors, the utility company and your insurance company.

Finally, every home should have a working carbon monoxide detector. To keep it easy, the Centers for Disease Control and Prevention recommends checking the batteries twice a year: when you turn the clocks forward or backward for daylight saving time.

When you do lose power, there are right and wrong ways to handle it. Here are six important tips from the experts.

Do contain the heat you have

You’ll want to utilize the sun’s warmth during the day, but at night, it’s best to close up shop. The National Weather Service recommends closing your blinds or curtains after sundown to insulate your windows against cold outdoor air. Shut doors to rooms you aren’t using to avoid wasting heat, and stuff rags or thick towels in cracks under doors and windows where you feel a draft. And, of course, layer up: Wear three layers of loose-fitting tops (bonus points if you start with a snug thermal layer), and a padded winter coat to seal in heat. Long underwear underneath pants is a must, as are thick socks, hats and gloves.

Do eat, but carefully

Avoid the pre-storm blitz at the grocery store by stocking your pantry with nonperishable items, such as snack bars, cereal and shelf-stable milk. Once you lose power, the food in your refrigerator is generally safe to consume for about four hours, while the freezer will stay cold longer (roughly 48 hours for a full freezer, 24 for a half-full one). The Agriculture Department suggests placing meat and poultry to one side of the freezer, so thawing juices don’t cross-contaminate, and discarding any perishable food that has been above 40 degrees for two hours or more.

Don’t use a generator inside — ever

The rule here is simple: “Never, ever use a generator inside an enclosed area, and that includes a garage,” Kannry says. “Generators need to be used far outside of the home in areas that are well-ventilated, and they need wiring that’s the proper size and gauge so they can handle whatever load you’re putting on it.”

Don’t use combustion appliances like gas ovens or grills

On Tuesday, the Environmental Protection Agency issued a reminder that non-vented combustion appliances produce toxic fumes, including carbon monoxide, and should therefore never be used in emergency situations for heat or cooking indoors. Instead, use a vented fireplace or vented wood-burning stove.

Do use wood-burning fireplaces

Experts agree that wood-burning fireplaces pose little threat so long as they’ve been regularly cleaned and serviced. (It’s worth noting that chimneys suck the warm air out of a room, so huddling in front of the fire is probably best once your home is becoming unbearably cold.) The National Fire Protection Agency recommends vents, chimneys and fireplaces be inspected annually. “It absolutely has to be up to code,” Wilcox says. “If it isn’t, this substance called creosote builds up in the flue and it’s highly toxic.” Clogged chimneys are also fire hazards. If you hear a loud cracking or popping noise or smell a heavy, hot, exhaust-like odor, it could be a sign of a blockage.

Do take care of your water

If you think your power will be out for longer than a couple hours, drain your home’s pipes and hoses. Then, turn them off so they don’t freeze or burst. “Know where your home’s water shut-off valve is in case it’s going to be a long outage,” Wilcox says. “Just this morning, I left an apartment building in Dupont Circle where the power had been out for a couple days. Sure enough, a pipe had burst.” He advises going to your lowest fixture, likely in your basement or laundry area, and turning off the water supply. Then, turn on the faucets throughout your house and leave them open to let them drain out. “It sounds a little over-the-top,” he says, “but trust me. Water damage is no joke.”