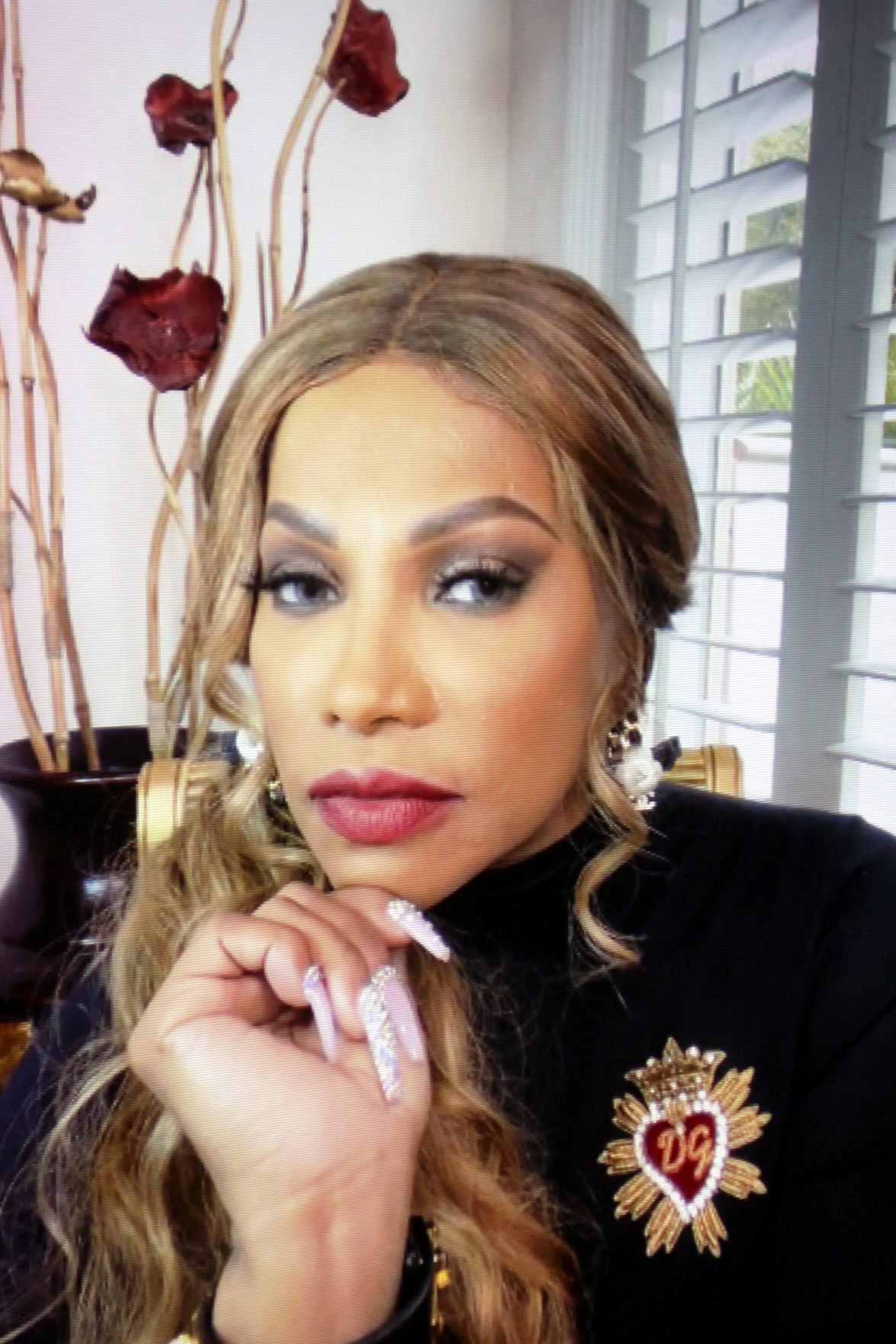 Sandra Denton, who performs as Pepa in Salt-N-Pepa, photographed via Facetime, Jan. 19, 2021. In a new biopic for Lifetime that they helped executive produce, the rap group that got its start in 1980s New York traces its roots and its conflicts. — Sabrina Santiago/The New York TImes 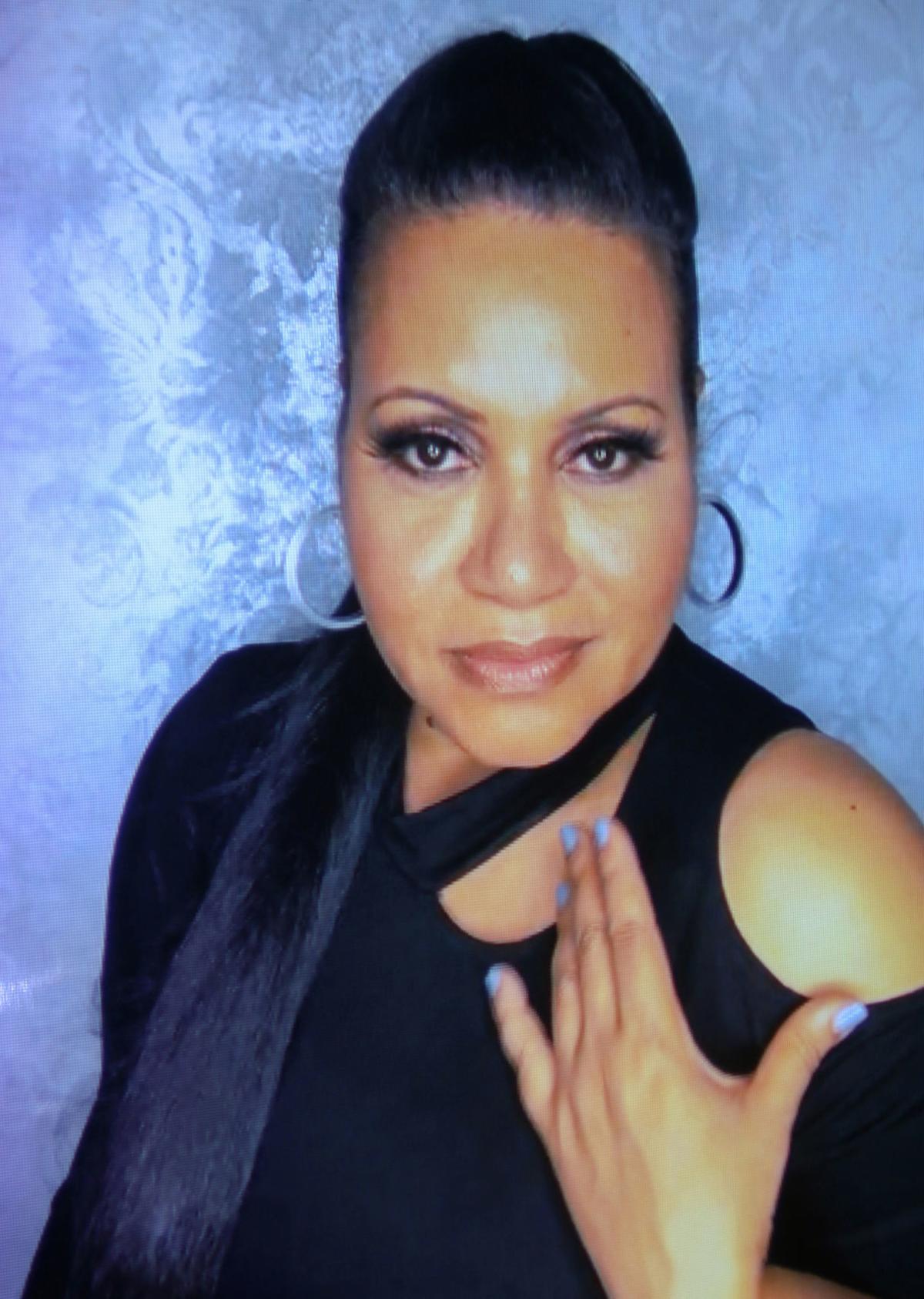 Cheryl James, who performs as Salt in Salt-N-Pepa, photographed via Facetime, Jan. 19, 2021. In a new biopic for Lifetime that they helped executive produce, the rap group that got its start in 1980s New York traces its roots and its conflicts.

Sandra Denton, who performs as Pepa in Salt-N-Pepa, photographed via Facetime, Jan. 19, 2021. In a new biopic for Lifetime that they helped executive produce, the rap group that got its start in 1980s New York traces its roots and its conflicts. — Sabrina Santiago/The New York TImes

Cheryl James, who performs as Salt in Salt-N-Pepa, photographed via Facetime, Jan. 19, 2021. In a new biopic for Lifetime that they helped executive produce, the rap group that got its start in 1980s New York traces its roots and its conflicts.

While selling warranties on washing machines from a Sears call center in Queens, New York, friends Cheryl James and Sandra Denton came together as a hip-hop duo called Super Nature with the staccato 1985 track “The Show Stoppa (Is Stupid Fresh).” When they first heard it on the radio, they danced together on top of a car. It was just the beginning: James became Salt and Denton became Pepa; the group changed its name and scored 10 hits on the Hot 100, including the ’80s dance classic “Push It” and the ’90s sex anthem “Shoop,” becoming one of the few superstar female acts of hip-hop’s male-dominated golden era.

Fixtures on the I Love the ’90s tour circuit in recent years, the two tell their story in a new Lifetime biopic, “Salt-N-Pepa,” which premiered Saturday, that captures both the rush of touring the world and the conflicts that broke them up in 2002. The group’s longtime DJ, Spinderella, is a character in the film, too, but the biopic doesn’t cover her unsuccessful lawsuit against the duo filed in 2019. The film — which they executive produced along with Queen Latifah and others — begins and ends on a note of unity, showing their 2005 reunion for a VH1 event.

“It was something me and Pep had been shopping around,” Salt said. “Pep called and was like, ‘Girl, we have to do our movie before someone else does.’” Latifah, an old friend, attended meetings where they picked the director (Mario Van Peebles) and screenwriter (Abdul Williams of “The Bobby Brown Story”).

The duo’s “Laverne & Shirley”-style partnership — Salt calm and precise, Pepa loose and boisterous — has endured despite a dispute with the man who helped them get their start, abuse, divorce and plain old Salt versus Pepa personality conflicts. “We get to tell a 36-years lifetime in like two and a half hours,” Pepa said in a group Zoom interview. These are edited excerpts from the conversation.

Q: For a movie about the journey of two women, your producer and manager Hurby Azor, known as “Luv Bug,” plays a big role as a crucial creative force, especially at the beginning. How much did you grapple with the decision to emphasize his character?

Salt: Well, the truth is the truth. And Hurby was our guy. He started out being my boyfriend. Being an artist was something that he embodied and transferred over to us. My mom took me to all the Broadway plays, and I took singing lessons and dance lessons, and I did productions at home with my cousins for my aunties. But I didn’t know how to sing. I didn’t play an instrument. When hip-hop came along, it was an opportunity to realize something that I was passionate about — and that was through Hurby.

Q: In an early scene, we see Hurby (played by Cleveland Berto) drilling Pepa (played by Laila Odom) to rap without her Jamaican accent, and Salt (played by GG Townson) caught in the middle. How frustrating were those early days?

Pepa: For me, with hip-hop, it was a way of life — we had these park jams where the turntables are getting electricity from the light poles. When Hurby felt that I was the one that will be Pepa, I was thrown in the studio. Hurby had his vision. He wanted it said, done this kind of way and no other way. I had a difficult time in the beginning, jumping on the beat. Finally, I got it.

Salt: Pep always says, “Hurby is our third,” and the chemistry between the three of us was explosive on so many levels. Pep and Hurby used to fight like cats and dogs. It was just an explosion of creativity, of passion, of drama that resonated into a sound, a music, a movement.

Q: The opposites-attract part of your personae, as depicted in the movie, is based on reality?

Salt: I’m an introvert and a little bit of a recluse. What I love about being an artist is the creative process. I love taking something from nothing and bringing it to fruition, I love the response from the audience, but I don’t necessarily love everything that comes along with it — the attention and the chatter. But Pep loves it all.

Salt: Someone asked us, when we first met, what intrigued us about one another. What made her interested in me is, she was thinking, “Who is this girl that’s not paying me any attention?”

Pepa: When we were in college, I was coming in the lunchroom and talking crazy, and I used to see Cheryl in the corner and notice her. It was a chemistry. I was pulled to her.

Q: How much writing did you both do for the script, and did you work separately or together?

Salt: It was a lot of rewrites. What I found frustrating — I’m just keeping it real — it was quite a few restrictions when you’re making a movie that I was not ready for.

Salt: Legal restrictions, infringing on other people’s rights that people had to sign off on, budget restrictions. What ended up being important was a story of two women in a male-dominated industry who were friends first, who became business partners, who faced a lot of struggles to be heard, to be taken seriously — from the record company to our producer Hurby. We had struggles in our relationships and picked the wrong men over and over.

Pepa: We get to take ’em back to college, when it all started and we were making $200 per show.

Salt: And splitting it.

Q: There was a long period after Salt-N-Pepa’s biggest hits and before Nicki Minaj and Cardi B, when the route for women in hip-hop was limited. How much did you pay attention to that?

Salt:I remember that question being asked a lot when there was a big, empty space of no women. I have no idea why, other than this is a male-dominated genre of music and business, and we had to come through a Hurby. There was a time when you had to be vouched for by a camp — a man camp. That’s starting to change through social media and all the avenues that people have to put themselves out there, without belonging to a Jay-Z or whoever.

Q: How many of the original “Push It” video eight-ball jackets, originally designed by your friend Christopher Martin (Play of Kid ’n Play), do you each own?

Pepa: The original was stolen backstage at a performance.

Salt:I remember it being Brixton, London, and someone breaking in the back door of our dressing room. We came in and the door was open and the jackets were gone.

Pepa:Everything else stayed — the pocketbooks, everything.

Q: In the movie, at the time of the split, Salt says, “I have to carve out a space that has nothing to do with you.” Now that you’re back together, is that still important?

Salt:Absolutely. When I left, I got to deal with a lot of my own issues, my own demons. It’s healthy when you’re in a group to also be able to maintain your individuality. We were doing this since we were 18, 19 years old, and I did not get the opportunity to figure out who I was apart from Salt-N-Pepa. I felt a lot of disconnect after a while, a lot of resentment, a lot of anger coming from Pep that I did not understand. I felt like I was in a spiral of trying to prove myself to her: “Girl, I got your back. Girl, I’m here for you.” Nothing I did or said could remedy what she was feeling. I feel like there was a great miscommunication.

Pepa: (vigorously playing with her hair) The point is, you and I have never talked. You keep telling me how I feel and say and think. When have you and I talked?

Salt:I feel resented by you. And your answer —

Pepa: It’s a feeling I never got to talk through with her. It’s all her feeling with everything. I’m dealing with her boyfriend being the manager! I’m going through a whole situation, too. We were in it together. When you’re feeling all of this, I’m feeling it, too.

Q: How unified is Salt-N-Pepa these days?

Pepa: But communication is the key to all successful relationships.