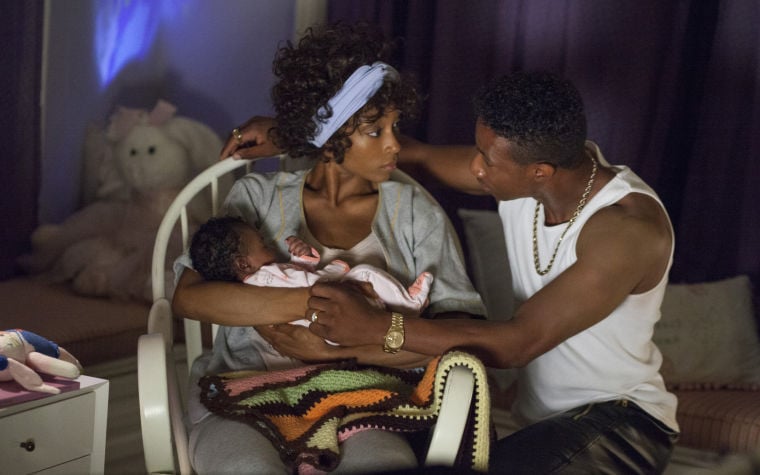 Yaya DaCosta and Arlen Escarpeta in a scene from “Whitney.” 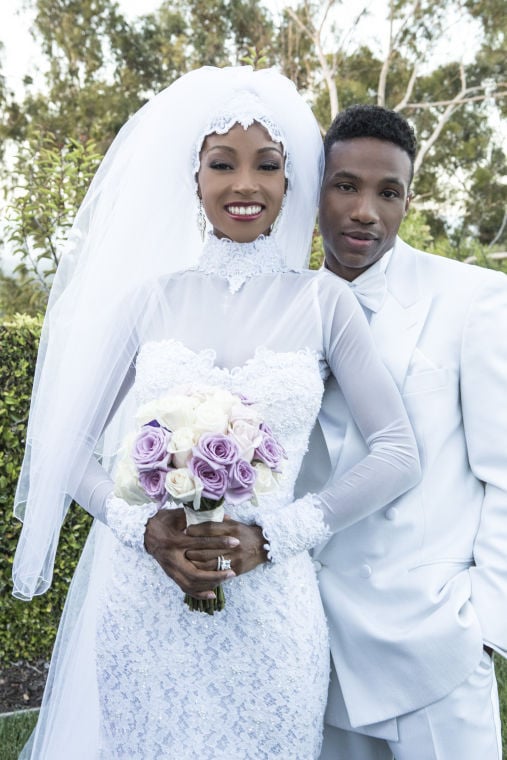 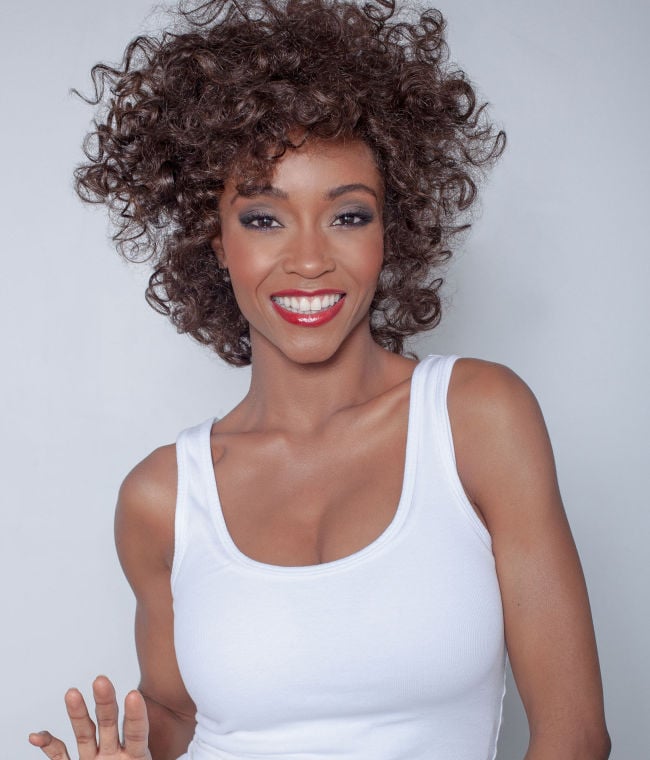 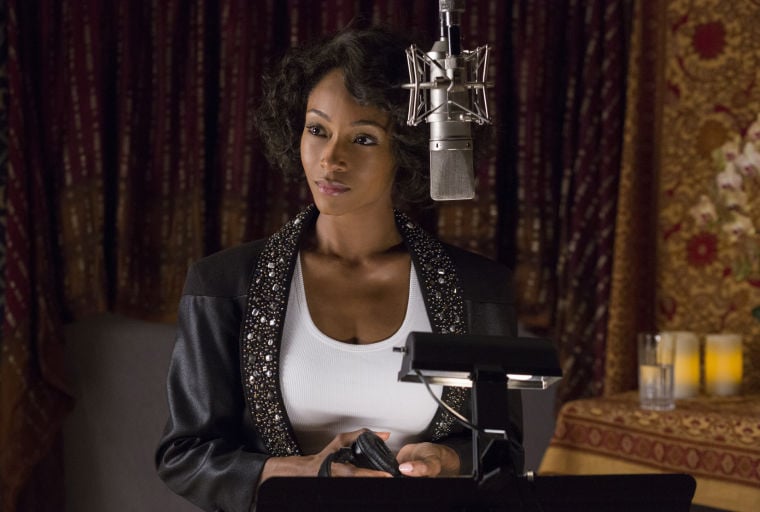 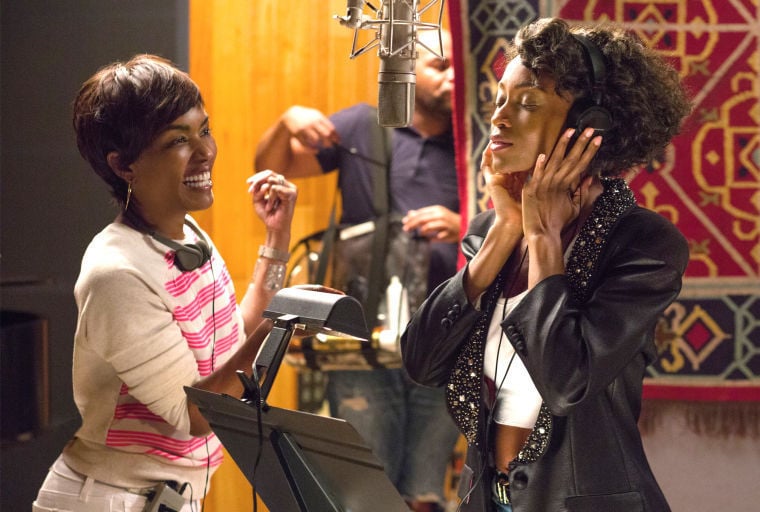 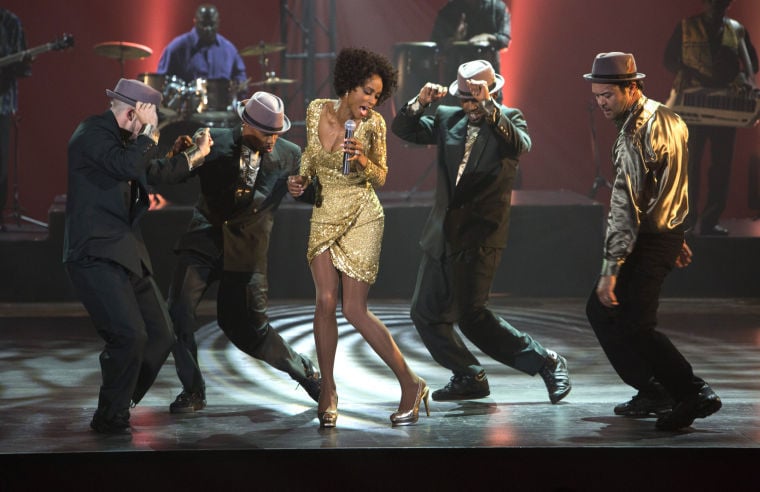 Yaya DaCosta and Arlen Escarpeta in a scene from “Whitney.”

Celebrated pop diva Whitney Houston, a six-time Grammy winner, died on Feb. 11, 2012, leaving the world both mourning and questioning her untimely demise at age 48. Now, in a Lifetime Original Movie, Golden Glove Award winner and Academy Award nominee Angela Bassett, in her directorial debut, explores the life and legacy of the talented but troubled artist in “Whitney,” premiering at 8 p.m. Saturday.

With a script by Shem Bitterman, “Whitney” chronicles the “headline-making relationship between the iconic singer, actress, producer and model Whitney Houston and singer/songwriter Bobby Brown from the time they first met at the very height of their celebrity to their courtship and tumultuous marriage.”

In the opening frame, we see a young and vivacious Whitney (Yaya DaCosta), accompanied by her famous “best friend” Robyn Crawford (Yolonda Ross) greeting her adoring fans on the red carpet at the Soul Train Awards. Once inside, Whitney flirts with the cocky and confident Bobby Brown (Arlen Escarpeta), who eventually takes the stage and gives a sizzling performance of “Every Little Step,” while Whitney, now seated in the audience, lusts from afar.

Afterward, she seeks Bobby out backstage, a more intense flirtation ensues, and he asks her out, marking the beginning of their explosive relationship and marriage. The chemistry between DaCosta and Escarpeta is undeniable, and fledgling director Bassett fully captures the emotions and angst that seemed to be ever-present between Whitney and Bobby.

“The role of director is a tremendous responsibility,” stated Bassett on Lifetime’s website. “I put my faith in the actors and serve them. In this movie, you’ll see the ‘home’ Whitney, the ‘glam’ Whitney ... I’d fight everyday to get it as right as we can. We want to honor their humanity. Whitney Houston was on the highest pedestal and she fell the furthest. She was an incredible artist and human being.”

Grammy-nominated, Canadian-born vocalist Deborah Cox capably contributed Houston’s vocal performances in the film, delivering renditions of “The Greatest Love of All,” “I’m Your Baby Tonight” and particularly, “I Will Always Love You” in a slightly lower key than the original recordings.

According to Lifetime, all of the vocals that you hear in the film are performed by Cox, who is best known for her smash hit, “Nobody’s Supposed to Be Here.”

“For this film, I really had to try to find the essence of who this woman was, but the approach had to be in a very authentic way to make sure the spirit and the essence of her came through,” Cox said. “Whitney’s voice inspired me to get into this business, to be a singer myself, and to have this opportunity to pay honor to her is really a dream come true.”

Encore presentations of “Whitney” will air on Lifetime at midnight, 8 p.m. and 11 p.m. Sunday.

Lifetime states that following the movie’s premiere, the network will air the hour-long documentary “Beyond the Headlines: Whitney Houston” at 10 p.m., providing an “in-depth look at the life and death of Houston.” Interviews with friends — including longtime friend Darlene Love — colleagues and industry insiders will offer personal reflections and insight into the life and career of this American songstress and the tragic circumstances of her downfall.