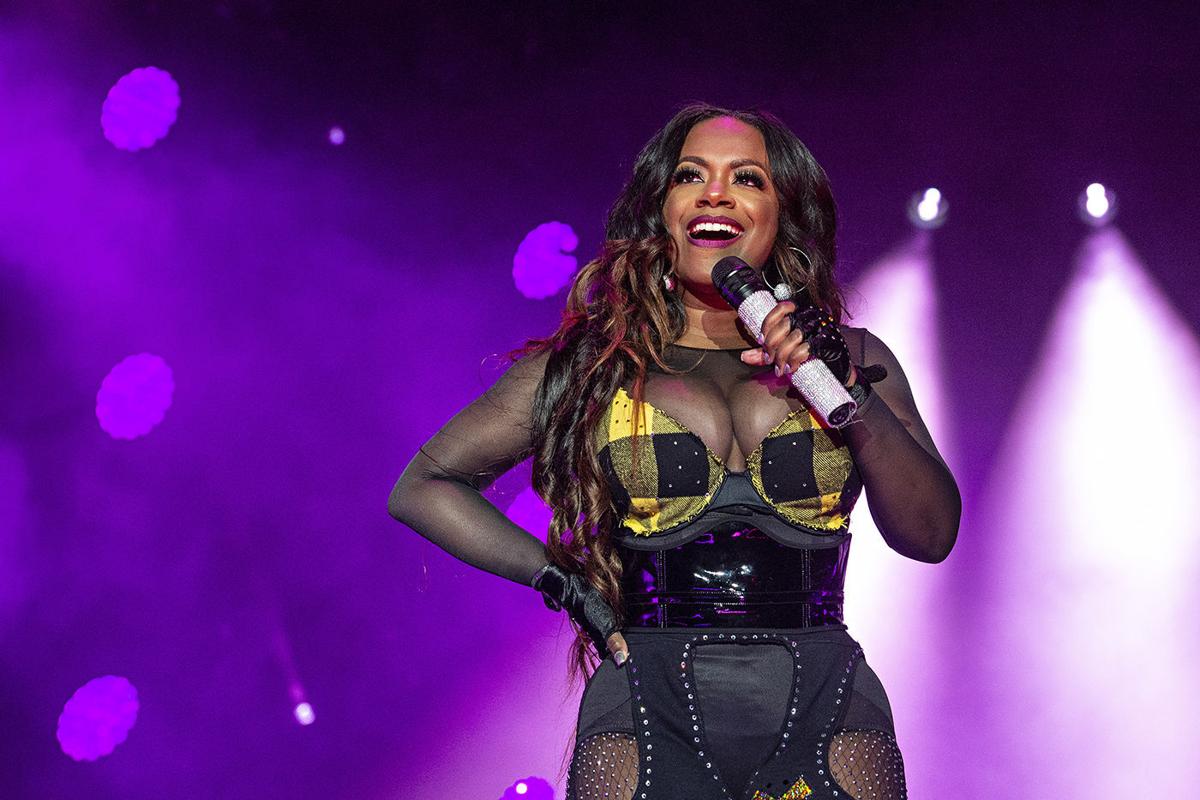 Grammy-winner Kandi Burruss said she faced a lot of skepticism when she expressed a desire to go into acting. 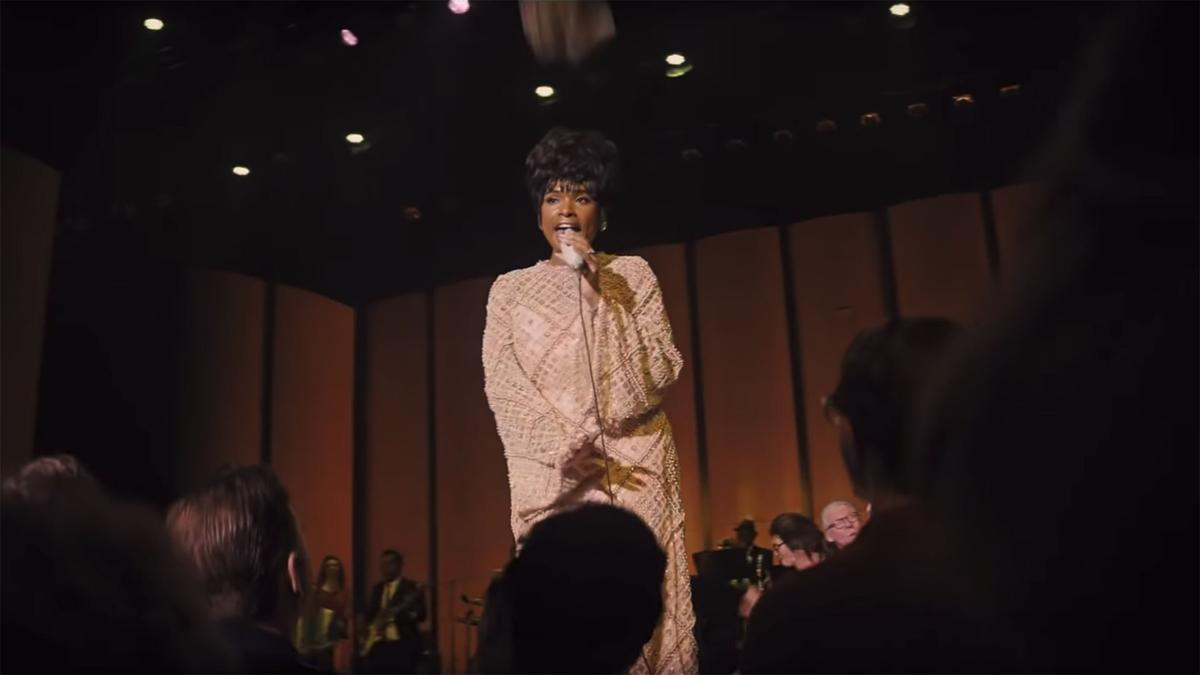 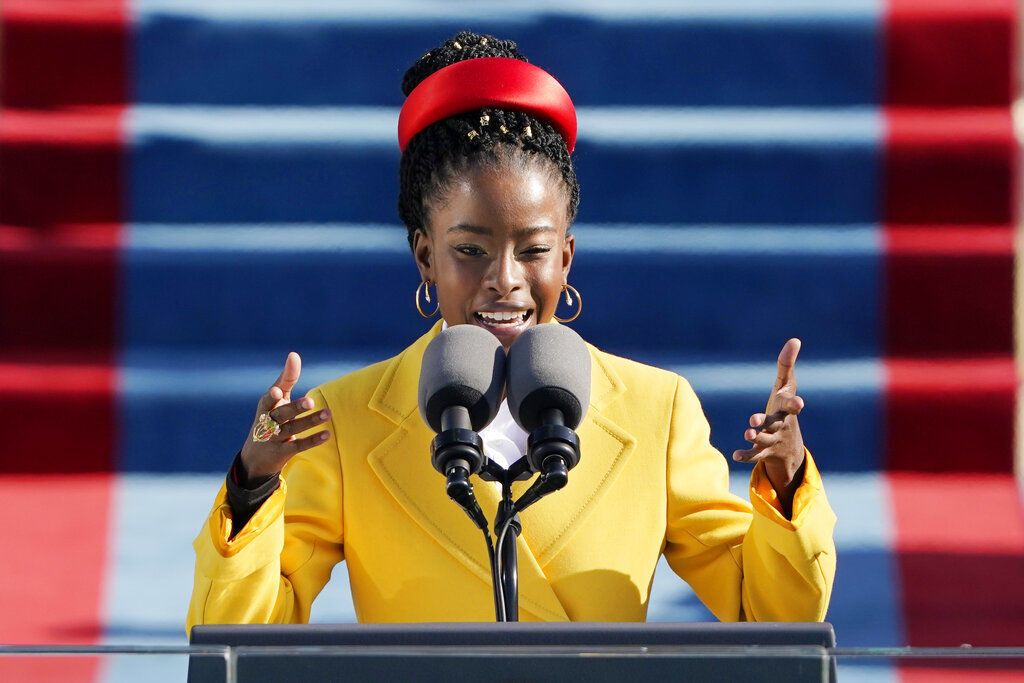 Amanda Gorman reads a poem during the presidential inauguration at the U.S. Capitol on Jan. 20.

Grammy-winner Kandi Burruss said she faced a lot of skepticism when she expressed a desire to go into acting.

Amanda Gorman reads a poem during the presidential inauguration at the U.S. Capitol on Jan. 20.

This is a very busy time for actress and singer Jennifer Hudson. On May 7, her latest movie “Monster” starts streaming on Netflix. “Monster” stars newcomer Kelvin Harrison Jr. as an honors student whose world has been turned upside down when he is charged with felony murder. The movie was supposed to be released three years ago. John Legend and rapper Nas joined forces to produce the movie which also stars Jeffrey Wright, John David Washington, rapper A$AP Rocky and Jharrel Jerome. Hudson is also lending her voice to the animated movie “Pierre the Pigeon Hawk”. The movie features the voices of Snoop Dogg, Will.i.am, Whoopi Goldberg and Howie Mandel. This August, Hudson stars as the legendary Aretha Franklin in the movie “Respect”.

Poet Amanda Gorman is the cover girl for the latest issue of Vogue Magazine. The 22-year-old, who wowed us at this year’s Inauguration, is also hosting this year’s Met Gala, fashions biggest night in September, along with designer Tom Ford.

We Remember Midwin Charles. The CNN and MSNBC legal analyst died unexpectedly last week at the age of 47.

Tyler Perry is teaming up with the Showtime Network for a drama about Madea. Every legend has a beginning and we are about to find out about Mabel Simmons. Mabel/Madea was a smart fierce irresistible and crazy 20-something who arrived in Atlanta in 1972 and took the city by storm. On May 14th, Perry is joining Angelina Jolie in the thriller “Those Who Wish Me Dead”. The movie will be in theaters and streaming on HBO MAX. Tyler Perry’s new show “All the Queen’s Men” debuts on BET Plus this summer. The show is about male exotic dancers based on the book “Ladies Nights” by actor Christian Keys. The show stars Eva Marcille (“America’s Next Top Model” and “the Real Housewives of Atlanta”) she plays Marilyn ‘Madam’ DeVille. Keys is playing a hitman.

A lot of people are discovering a rising star in country music Mickey Guyton. Guyton is a 37-year-old African American woman who made history at the recent Grammy Awards, as the first Black woman to be nominated for Best Country Performance by a Female. Guyton is also making history this week when she becomes the first African American to co-host the Academy of Country Music awards. She’s hosting along with Keith Urban. The show will air on CBS this Sunday, April 18th.

April 21 marks the fifth anniversary of the death of Prince. On that date, fans of Prince will be allowed to tour his Minnesota estate.

Halle Berry has a new film in the works for Netflix. She’ll be teaming up with Mark Wahlberg in the movie “Our Man from New Jersey”.

Director Spike Lee says his next project will focus on New York City from 9/11 to today. This year marks the 20th anniversary of 9/11, a day that changed America forever.