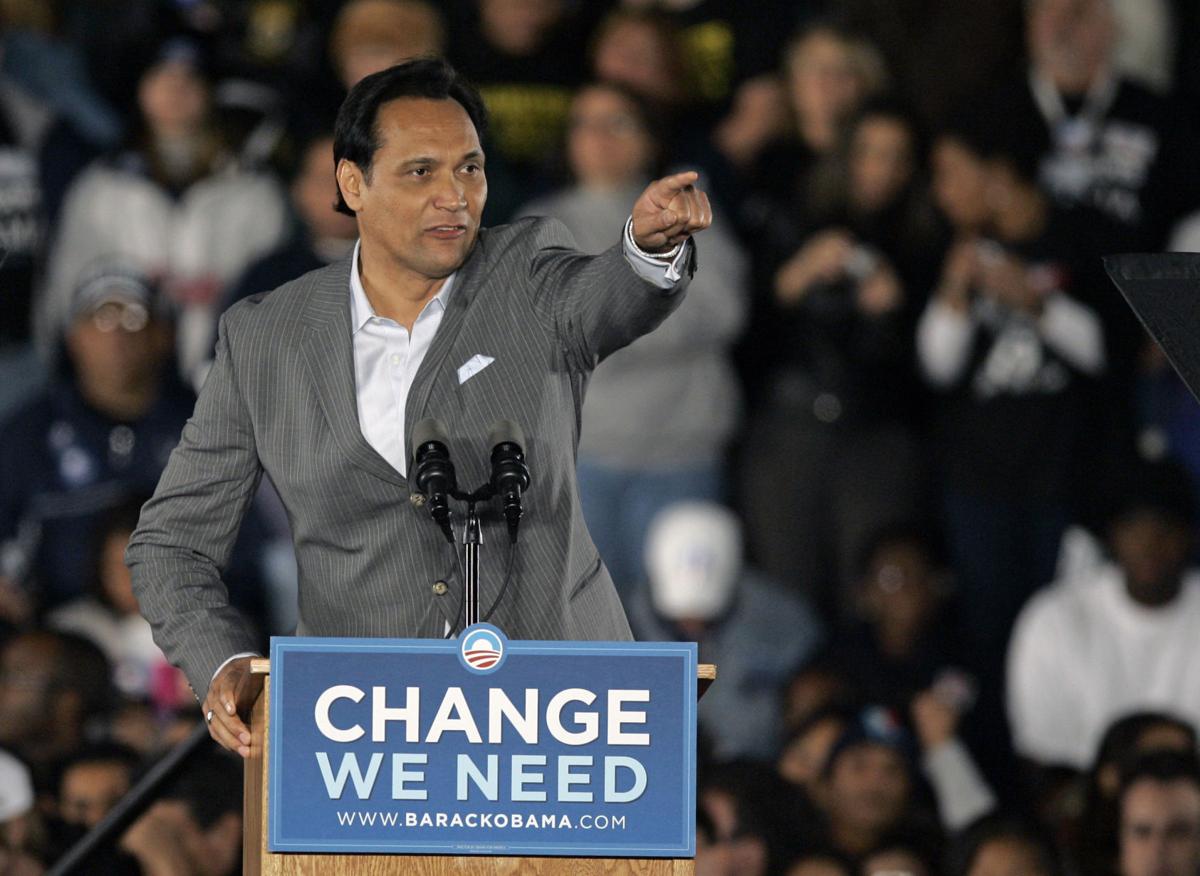 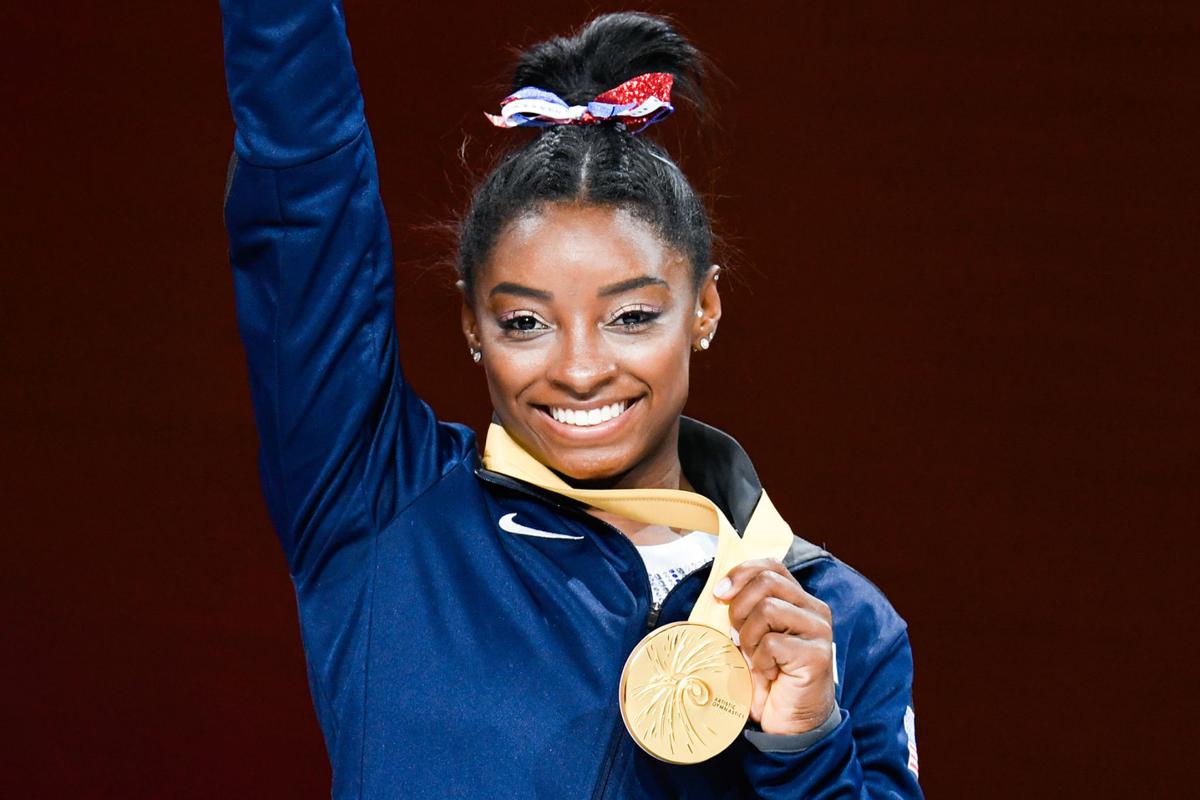 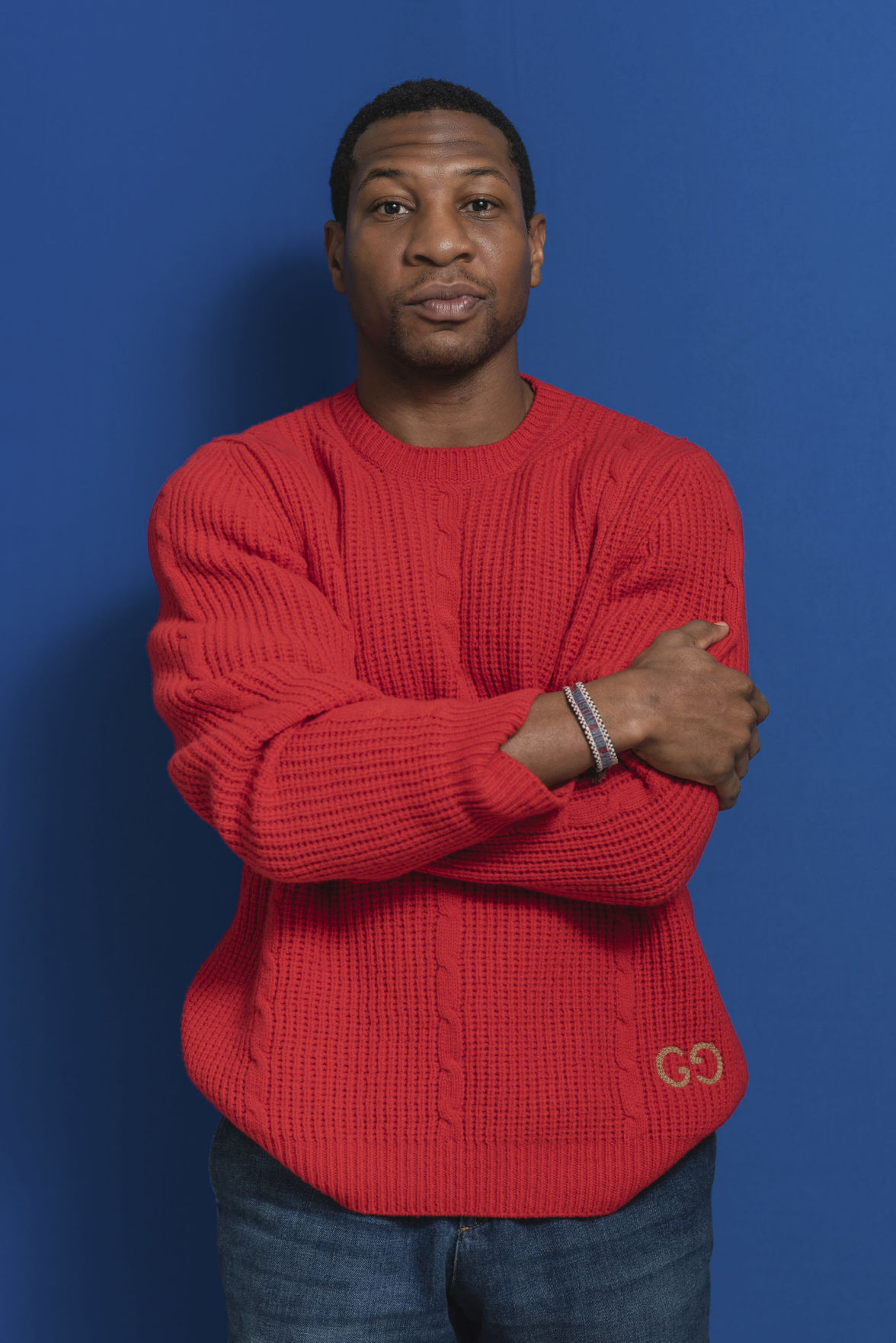 Jonathan Majors was named one of 2019’s breakthrough artists of the year by the Associated Press.

Jonathan Majors was named one of 2019’s breakthrough artists of the year by the Associated Press.

Get ready to be scared and laugh real hard with the movie ‘The House Next Door: Meet the Blacks 2’ in theaters now. Mike Epps teams up with comedian Katt Williams. The cast is incredible. It features Lil Duval, Snoop Dogg, Rick Ross, comedian Gary Owens and actress Bresha Webb.

We remember actor Clarence Williams III. Williams burst on the scene with the best afro ever in the TV show “The Mod Squad” along with Peggy Lipton and Michael Cole. He also appeared in the movies “Purple Rain” and “Tales from the Hood”. Williams was 81 years and he died from colon cancer.

This year’s Welcome America activities include rapper Flo Rida and singer Bebe Rexha in concert at the Mann Center for Performing Arts and fireworks on the Parkway.

Four time Olympic champion Simone Biles just won her seventh all around title and within weeks she’s set to be the star of the 2021 Tokyo Olympics. She’s also starring in a Facebook Watch docu-series about her road to Tokyo.

Lilibet Diana is here! The second child of Prince Harry and Meghan Markle was named in honor of the queen and Harry’s mom The Late Princess Diana.

Issa Rae is lending her voice to the next animated Spider-man movie. Rae is playing Spider-woman AKA Jessica Drew. “Spider-Man: Into the Spider-Verse 2” follows the adventures of the film’s hero Miles Morales. It is set to arrive in theaters October 7, 2022. Issa Rae is the cover girl for the latest issue of Vanity Fair magazine. This summer Rae is producing a reality show for HBO about young Black life in Los Angeles. Also look for the return of “Insecure” for the fifth and final season in late August on HBO.

Mariah Carey is making news with her new management team. Carey is no longer with Roc Nation. Carey is teaming up with legendary producers Jimmy Jam and Terry Lewis for a R&B project and she is planning a new world tour.

Actor Bill Duke plays the original OG in the HBO MAX Movie “No Sudden Move”. The movie is set in 1954 Detroit, a group of small time criminals get involved in a bank heist that goes wrong and they try to figure out what went wrong. The movie stars Don Cheadle, Benicio Del Toro, Jon Hamm and Ray Liotta. The movie starts streaming on HBO MAX July 1st.

Actor Jonathan Majors will play the opponent of Adonis Creed in the movie “Creed 3”. Michael B. Jordan is back as Adonis. He is both starring and directing in the latest installment. Majors is best known for his roles in HBO’s “Lovecraft Country”, “Da Five Bloods” and “The Last Black Man in San Francisco”. Majors is a busy guy. He’s also playing Kang the Conqueror in the Marvel movie “Ant-Man and the Wasp: Quantumania” and he’s also appearing in the Netflix Western “The Harder They Fall”.

Actress Regina Hall and Sterling K. Brown (“This is Us”) have teamed up for the movie project “Honk For Jesus. Save Your Soul”. Hall plays the first Lady of a Mega church.

Have you checked out singer Monica. She is hosting a new true crime series on VH1 “Infamy: When Fame Turns Deadly”. It airs on Monday Nights.

The Obamas are introducing a new animated show on Netflix called “We The People”, the 10 episode series is about educating children on civic Lessons. The series features the voices of singers Andra Day, Janelle Monae, H.E.R., Bebe Rexha and the poetry of Amanda Gorman. “We the People” starts streaming on Netflix in July.

Tiffany Haddish will produce and star in a movie based on Olympic great Florence Griffith Joyner. She was the darling of the Olympics in track and field. Her death at 38 years old in 1998 shocked the world. Haddish says she grew up idolizing Joyner and it’s an honor to do this movie. Haddish is also doing a follow up to the best selling book “The Last Black Unicorn”. I hear she is being offered millions to talk about her career in Hollywood.

Yvonne Orji who plays Molly on the HBO show “Insecure” has a new book out called “Bamboozled By Jesus: How God Tricked Me into the Life of My Dreams”. The Nigerian actress/comedian says the book is full of life lessons.

Big Daddy Kane is one of the stars of the TV One movie ‘Bad Dad Rehab’. The movie also stars Lamman Rucker. The movie is set to come out on Fathers Day June 20.

The Four Tops musical is coming to Broadway. The Motown group led by Levi Stubbs is known for the hits “Reach Out (I’ll Be There)” and “Can’t Help My Self”. Rehearsals are happening now.

Congrats to actress/singer Teyana Taylor. She is the first Black woman to be named “The Sexiest Woman Alive” by Maxim magazine. The mother of two has an incredible body. She appeared in “Coming 2 America” and she is scheduled to play Dionne Warwick in a movie based on her life.

On June 22, seventy years of pop music is coming to Netflix in the docu-series “This is Pop”. The series features artist, producers, songwriters and superstars. The series also shines the light on racism, sexism and social justice in the music industry.

Here’s a show that I strongly recommend “In our Mothers Garden”. This docu-series is streaming now on Netflix and is about the legacies of Black mothers. It’s an honest discussion on love spirituality, family, racism and wisdom.

Taraji P. Henson is joining the cast of NBC’s “Annie Live”. Henson will play the head of the orphanage. She’s playing the role made famous by Carol Burnette in the 1982 movie musical version. NBC’s version is airing in December.

Oscar and Emmy winner Tyler Perry announced this week that he’s bringing back his character, Mabel Earlene “Madea” Simmons for a Netflix film to stream in 2022. The 12th installment will be called “A Madea Homecoming.”

“We need to laugh, man,” the 51-year-old explained in a video where he appears to be partially possessed by Madea.

“Too much is going on in the country. We need to laugh, so I was done ... but she’s coming back.”

Perry had said that Madea would be making her final appearance in the 2019 Lionsgate feature “A Madea Family Funeral,” which made $75 million at the global box office.