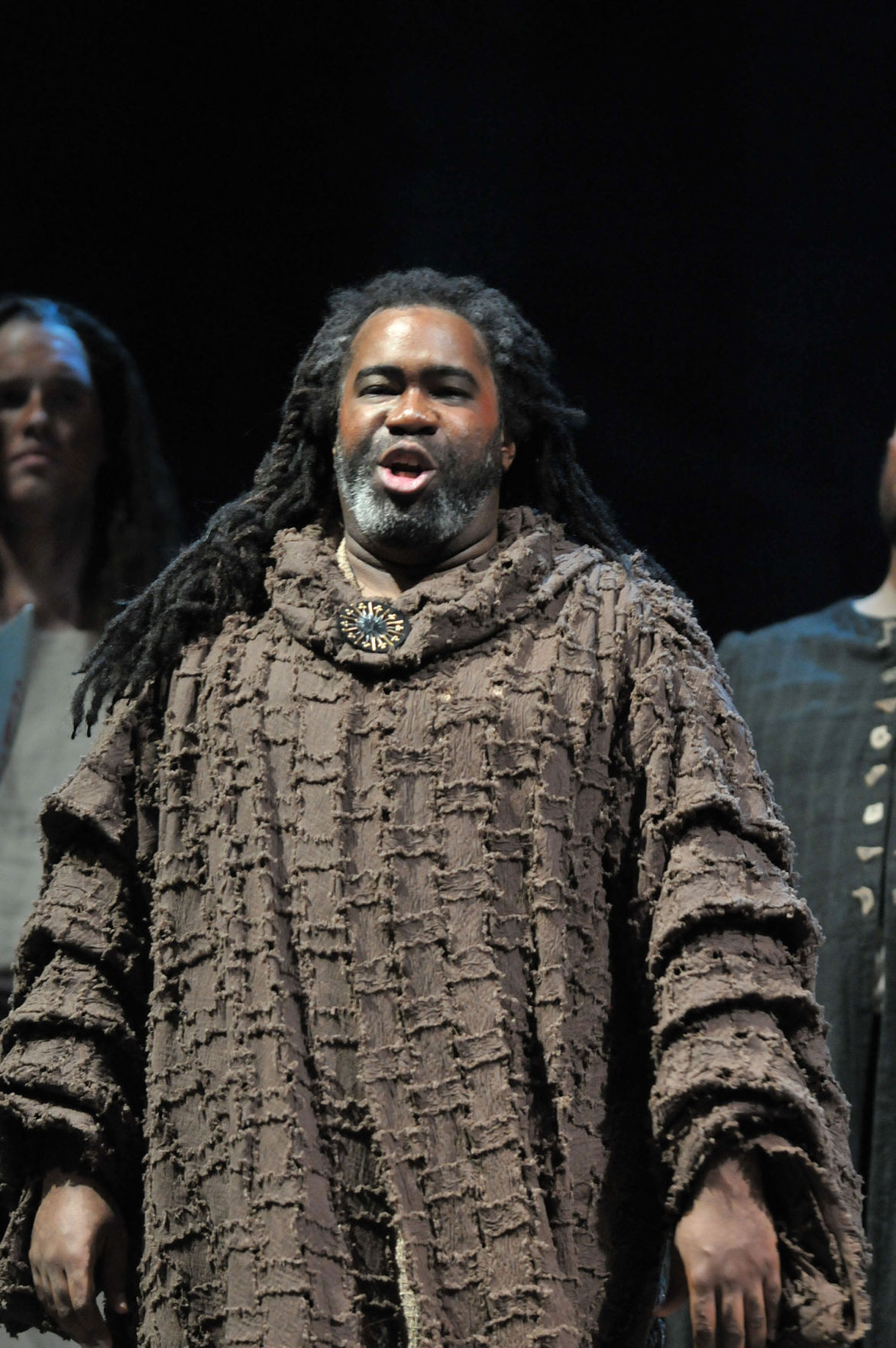 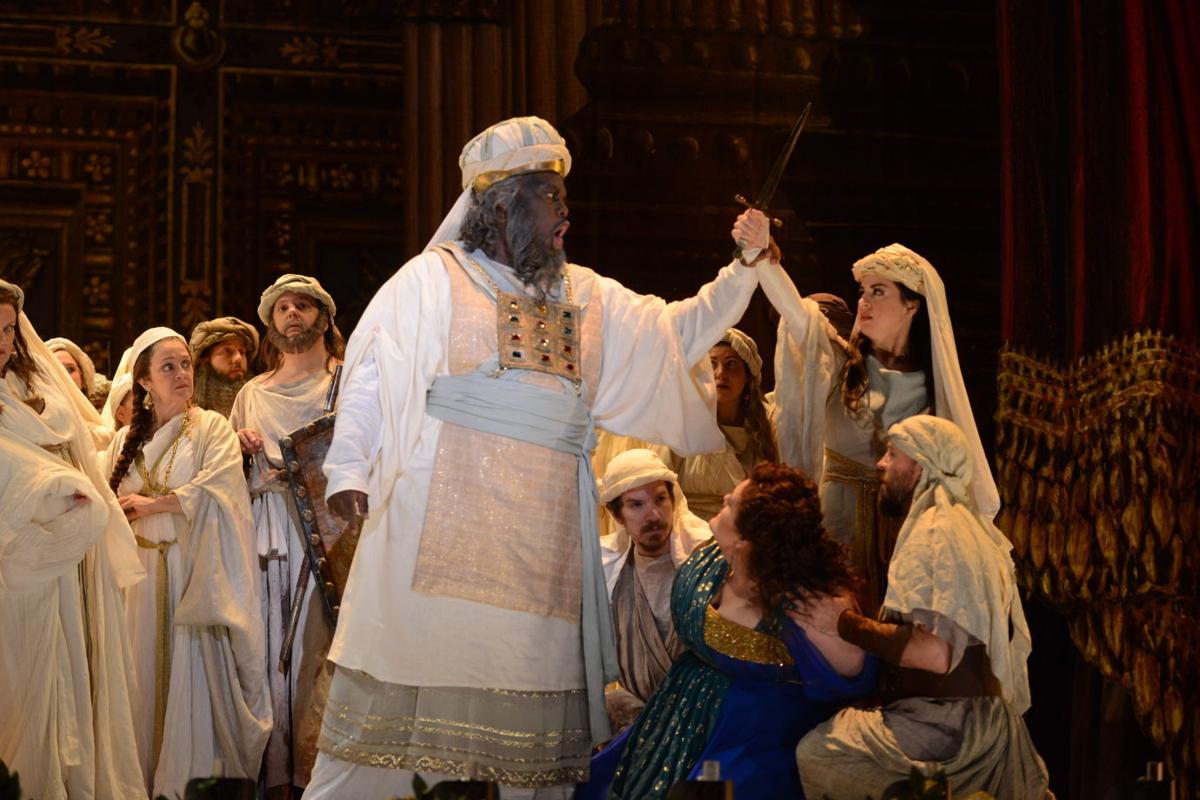 East Mt. Airy native Eric Owens, a graduate of Temple University and the Curtis Institute of Music, debuts the role of King Philip II, a man caught up in a love triangle involving his own son.

“I’m just so happy to be singing Verdi!” said Owens, a Grammy Award-winning bass-baritone, when I sat down with him between rehearsals, along with his esteemed cast mate, bass Morris Robinson, who returns to Opera Philadelphia in the role of The Grand Inquisitor.

“Singing a role of this size, where you’re singing Verdi all night long, ... it’s just medicine for the voice. It’s like a nice warm bath, and so I’m just filled with a bunch of gratitude to [Opera Philadelphia]. The other day in rehearsal, I got a little emotional. We were singing this quartet, and I’m just like, ‘Aw man! This is awesome!’”

Despite being consummate professionals with international resumes, both Owens and Robinson are still “around the way guys,” and it was delightful to listen to their laughter and resonant voices fill the empty rehearsal hall as they shared humorous personal stories and anecdotes about a profession that many would consider quite unlikely for two African-American men.

Morris Robinson, an outgoing Atlanta native who played collegiate football for The Citadel before discovering and cultivating his voice in the Metropolitan Opera’s highly selective Lindemann Young Artist Development Program, is looking forward to singing The Grand Inquisitor saying, “It fits what I bring to the table.”

Robinson, who performed previously with Opera Philadelphia, appearing in “Aida” and “Nabucco,” enjoys coming to the City of Brotherly Love and working with the company.

“It’s just such a cultural city,” he said. “There’s so many great musical institutions here, and you can walk around anywhere and see people carrying their instruments. I live one block away from Curtis, AVA (Academy of Vocal Arts) is here, Temple has a great program. There’s so many churches and so many opportunities to sing here ... you can make a career singing in Philly, and the [Philadelphia] Orchestra is top notch.

“This company, because it was one of my first professional gigs, I feel like I have roots here. And, although some of the personnel has changed, they just treat me like family here, and I really feel like I’ve been embraced.”

Both Owens and Robinson feel that Opera Philadelphia’s forthcoming production of “Don Carlo” presents an excellent opportunity to experience live opera for the very first time.

“I’d like to say that there’s nothing like how beautiful music like this makes you feel when it hits you, and it’s not amplified with a microphone, and you hear the human voice in this large space making these sounds that you probably didn’t know were possible,” said Owens. “You stand on the stage of the academy and you think that a full-sized orchestra’s going to be playing and a human being’s going to be singing, and that human being is going to be heard over that orchestra.

“And there’s nothing like the naturalness of, arguably, the first instrument, and how that person is the instrument. There’s nothing more intimate, I think, as far as music-making than singing. You know how Eddie Murphy was like, ‘You know, somethin’ ‘bout just bein’ that singer.’”

Robinson was equally encouraging, and the burly bass said in conclusion, “Aside from the obvious fact that you’ve got two ‘brothers’ onstage, this is a unique deal. We’re pretty secure that this is the first time this has happened in a major opera house. But, I go to the neighborhoods were we reside, where we hang out — to get my beards cut, to go shopping, to look for things I need, to go to church if I need to go — and I always tell people what I do, and they always, instantaneously, become interested in it. What I tell them is [that] all the things you’ll appreciate about a movie — the drama, the violence, love, sex, three-ways — it’s all here, but the soundtrack is much better and it’s live! You’ve got home-grown talent doing it at a high, high level, so come check it out.”

“Don Carlo” will be playing at the Academy of Music, Broad and Locust streets, April 24 to May 3. It will be performed in Italian with English supertitles.