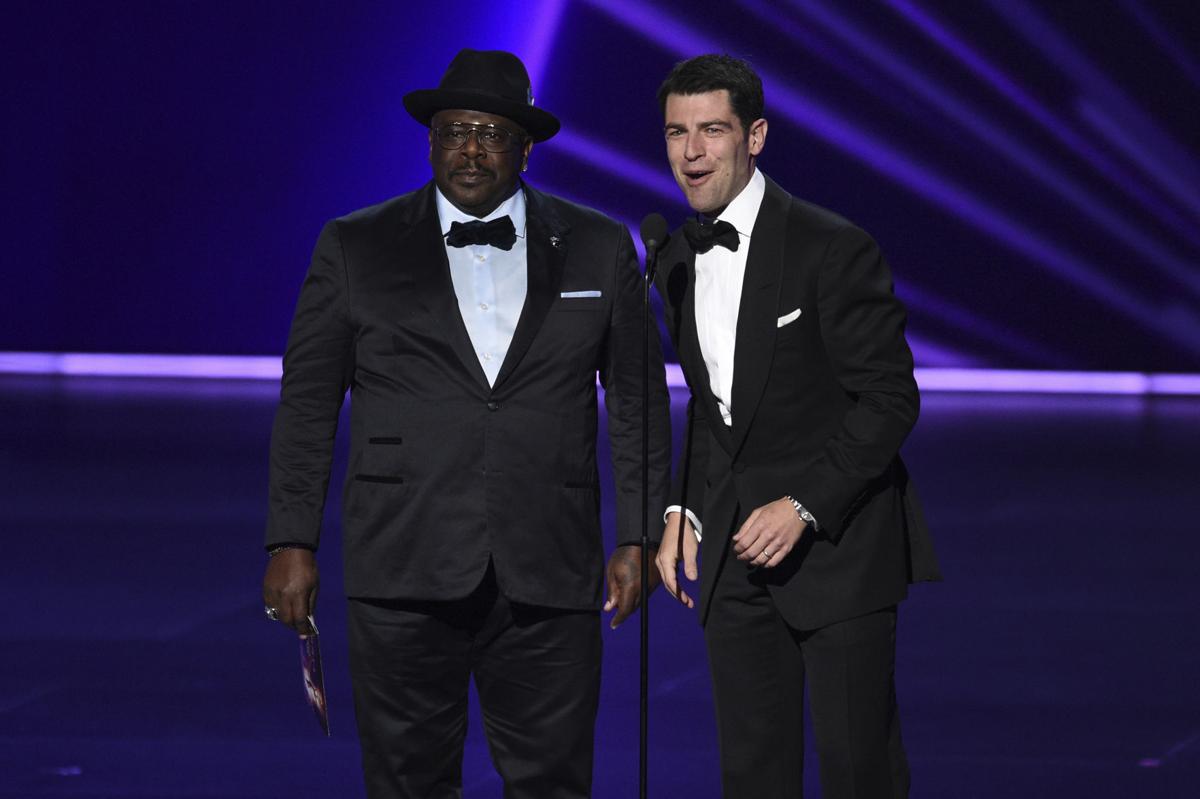 Cedric the Entertainer, left, and Max Greenfield star in “The Neighborhood,” which has been picked up for a third season. —Chris Pizzello/Invision/AP 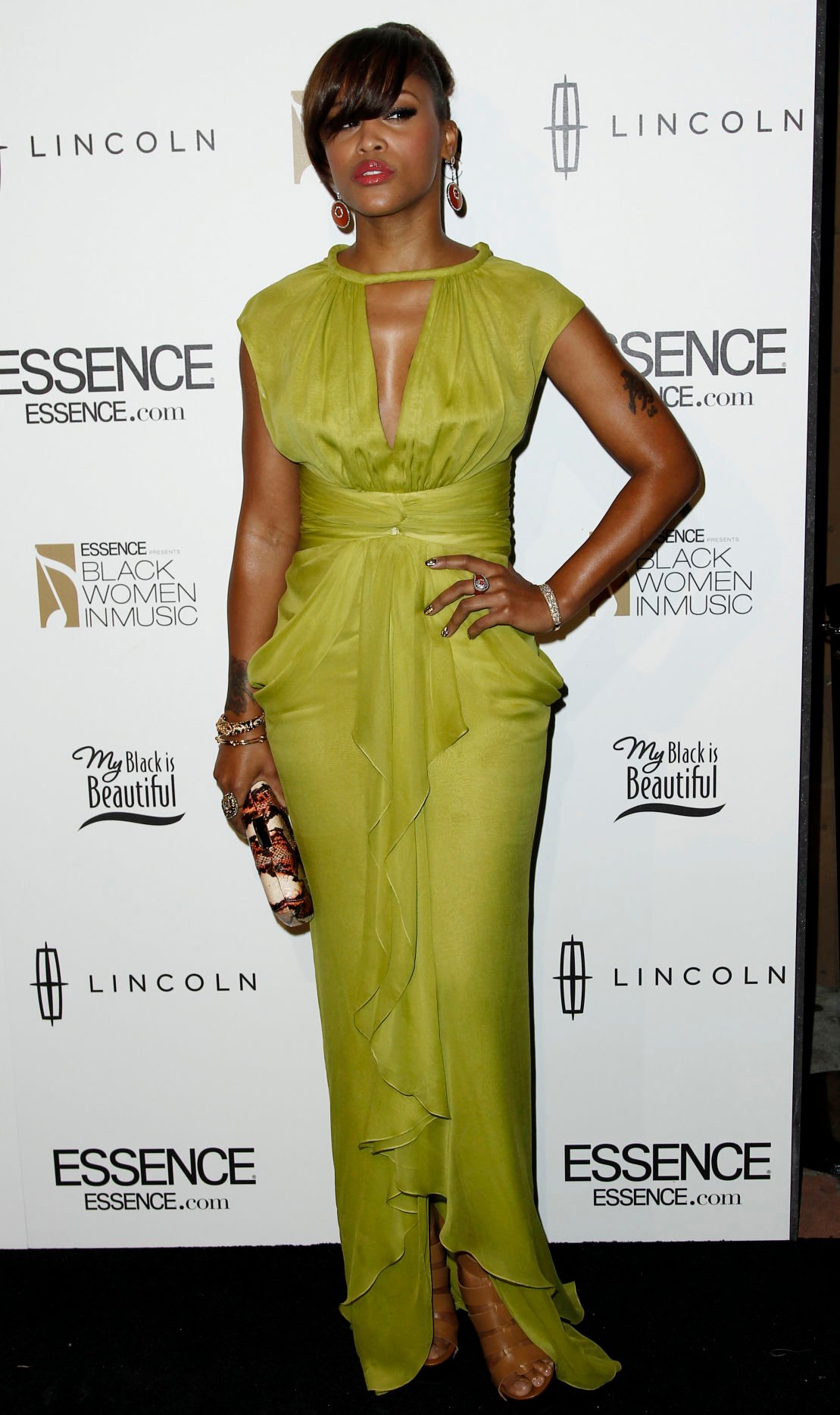 Rapper, actress and Philly native Eve will star in a new show about hip-hop ladies.

Cedric the Entertainer, left, and Max Greenfield star in “The Neighborhood,” which has been picked up for a third season. —Chris Pizzello/Invision/AP

Rapper, actress and Philly native Eve will star in a new show about hip-hop ladies.

It’s been 33 years and now it is here! “Coming 2 America” is now streaming on Amazon Prime. Eddie Murphy and crew are back. Essence magazine is dedicating their March/April issues to Eddie and crew. There’s Eddie and his daughter Bella on one cover. She’s in the movie and she says her famous father made her audition for her role. Murphy, Jermaine Fowler and Arsenio Hall are on another cover and actress Kiki Laine, who plays Eddie Murphy’s princess daughter is on another cover. In “Coming 2 America” there are some new faces popping up: Leslie Jones, Tracey Morgan, comedian Lunell, singer Teyana Taylor, Wesley Snipes, rapper Rick Ross, actor Rotini and comedian Michael Blackson. During his interview with Essence, Murphy revealed there was a lot of pressure to make sure this sequel lived up to the original. He says he enjoyed playing all of the old characters again with Hall.

Gladys Knight is performing the National Anthem at the 70th Annual NBA All-Star Game. The Grambling State University Tiger Marching Band and Florida A&M University’s Marching 100 will perform during the game’s player introduction. The 2021 NBA All-Star Game is Sunday on TNT at 8 p.m.

All eyes will be on Oprah Winfrey this Sunday with her CBS special “Oprah, Harry and Meghan.” The Duke and Duchess of Sussex are sitting down with Oprah for an exclusive tell-all. What are they going to say? Why did they break away from the royal family? Oprah says there will be no restrictions during this interview. We’ll find out Sunday at 8 p.m. on CBS.

We remember Irv Cross. The broadcast legend and former football star died this week at the age of 81 due to Alzheimer’s disease. Cross played for the Eagles and Rams during his heyday. The pro football Hall-of-Famer was also the first Black man to work full time as a sports analyst when he joined CBS. Cross along with Brent Musburger, Jimmy The Greek, Phyllis George and Jayne Kennedy made a memorable and diverse broadcasting team.

Former football player and author Emmanuel Acho will be hosting ABC’s “Bachelor” after-show finale. Chris Harrison stepped down from his hosting duties when he became involved in a racial controversy. Acho, who was also an analyst on Fox Sports 1, played for the Browns and Eagles during his football career and last year he topped the bestsellers list with his book “Uncomfortable Conversations With a Black Man.”

Actress and comedian Maya Rudolph is the cover girl for the latest issue of “Entertainment Weekly.” Rudolph is best known for the characters she plays on “Saturday Night Live” including Vice President Kamala Harris. Rudolph is the mother of four children and in the interview she reflected on her mom, the late soul singer Minnie Riperton. She talks about how her life changed forever when the popular singer died of breast cancer when she was 7. Rudolph will be hosting “Saturday Night Live” on March 27.

Director Spike Lee says his next project will focus on New York City. From 9/11 to today. This year marks the 20th anniversary of 9/11 a day that changed the United States forever.

Let’s talk award shows. The Golden Globes, which took place last week, did not have good ratings. Matter of fact, they were at an all-time low. There were some amazing wins including a Best Actor award for the late Chadwick Boseman (“Ma Rainey’s Black Bottom”) and singer Andra Day for the Lee Daniels-directed film “The United States vs. Billie Holiday.” Actor Daniel Kaluuya won a best Supporting Actor for his role as Black Panthers’ Chairman Fred Hampton in the movie “Judas and the Black Messiah.” The Disney/Pixar-animated movie “Soul” picked up three Golden Globe Awards. John Boyega won a Golden Globe for his work as Best Supporting Actor in the Amazon series “Small Axe.” The Hollywood Foreign Press Association, which does the voting for the Golden Globes, came under a lot of pressure when it was revealed they have no African Americans on their board. The Golden Globes are often seen as a mirror to the Academy Awards. Will many of these winners repeat? The Academy Award nominations will be announced March 15.

The OWN (Oprah Winfrey Network) has announced that they will be producing a Gospel reality show for the network. The show will focus on young women based in Connecticut.

We remember Bunny Wailer. He was the founding member of the great reggae band Bob Marley and the Wailers. He was 73.

“The Proud Family” is returning — this time on Disney Plus. The Proud family Louder and prouder will show the characters a little older. Penny Proud is now in high school. The twins are 3, Mom Trudy is running her veterinary clinic and Dad Oscar is running a very successful snack company.

Bruno Mars is back! The popular singer is releasing his first project since 2016. This time he’s teaming up with singer Anderson Paak in a new band called Silk Sonic. The legendary Bootsie Collins is also featured on the project. Bruno is also headed to the big screen in a new movie for Disney in which he will star and sing.

Congratulations to Academy Award-winning costume designer Ruth Carter. Carter just got a star on the Hollywood Walk of Fame. Carter’s work can be seen in the upcoming movie “Coming 2 America.” Her past work includes “Malcolm X,” “Do the Right Thing,” the Steven Spielberg movie “Amistad,” the Halle Berry movie “B.A.P.S.,” “What’s Love Got To Do With It,” “Black Panther” and “Dolemite Is My Name.”

The NAACP Image Awards are happening Saturday, March 27 on BET.

Mary J. Blige is the new spokesperson for Gold Bond Lotions as they celebrate Black stunt women. With the #ChampionYourSkin campaign, Gold Bond is giving back to Diamond in the Raw, an organization founded by stuntwoman La Faye Baker. Contributions will support La Faye’s “Skin Champions Stunt Workshop,” a program geared toward helping more girls of color pursue their dreams in the stunt industry. Applications for the program are currently being accepted and the program is set to launch in June 2021.

Paramount Plus has launched. Paramount Plus used to be CBS All Access. The new streaming service is bringing back some old favorites like “Yo MTV Raps,” a reboot of the Kelsey Grammer‘s sitcom “Frasier,” a reboot of the teen show “iCarly” and MTV’s “Behind the Music.” Paramount Plus will also have access to movies once they finish their run in theaters such as “Top Gun: Maverick” and “Mission: Impossible 7” — both star Tom Cruise.

Congrats to Cedric The Entertainer his TV series “The Neighborhood” with Tichina Arnold has been renewed for a third season on CBS. The show also stars Max Greenfield (“New Girl”) and Beth Behrs (“Two Broke Girls”).

It’s another gig for “The View” co-host Whoopi Goldberg. She’s joining actress Jasmine Guy (Whitley on “A Different World”) for a new series on Amazon called “Harlem.” The series is about four Black college friends at NYU. It will show the ladies navigating through life, love, sex, relationships while chasing their dreams. Whoopi is playing a college professor and Guy is playing the mother of one of the girls.

Rapper/actress/talk show host and Philly native Eve is returning to TV. Late last year she left CBS’ “The Talk” saying she wanted to focus on her family but now Eve has signed on for ABC’s “Hip Hop Drama Queens.” The “queens” are four women who ruled the music charts in the ‘90s and now they are in their 40s looking to revive their careers. Eve plays the married mother of five kids, who used to lead a hip-hop group under the name “Professor Sex.” Actress Naturi Naughton (“Power”) has also been added to the cast.

Tina Turner is coming to HBO Max. “The Queen of Rock and Roll” is a new documentary on Turner debuting March 27. The documentary will cover her life in the ‘60s and ‘70s with Ike Turner. Her solo career in the ‘80s and her movie career in the “Mad Max” movies. Andthen into the ‘90s when a movie based on her life came out: “What’s Love Got To Do With It,” which starred Angela Bassett and Laurence Fishburne.