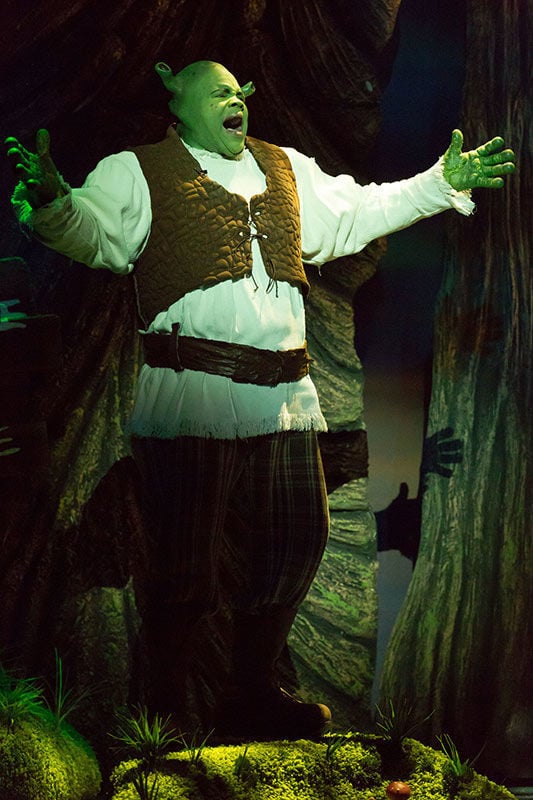 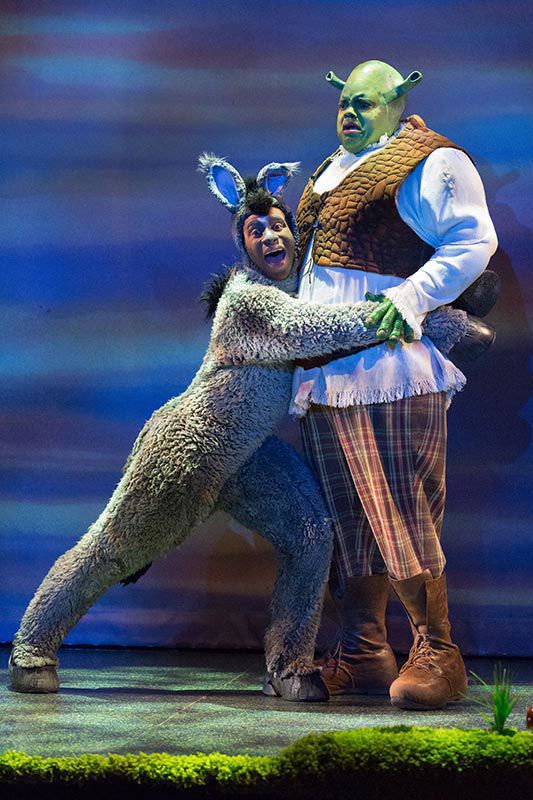 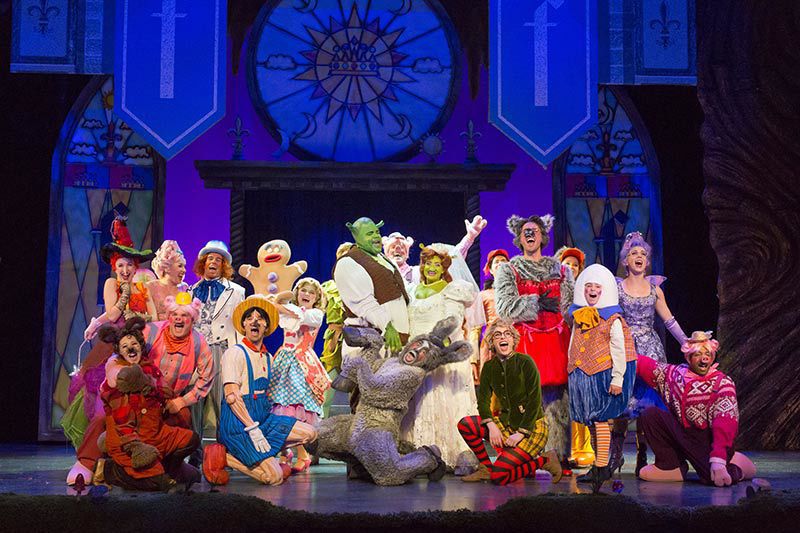 The cast of “Shrek the Musical” is portraying characters brought alive from the Oscar-winning movie at the Walnut Street Theatre. — PHOTOS: MARK GARVIN 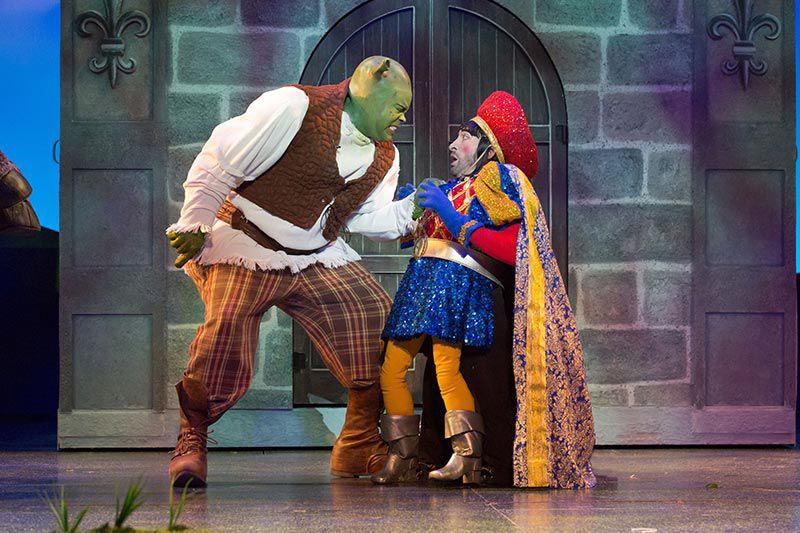 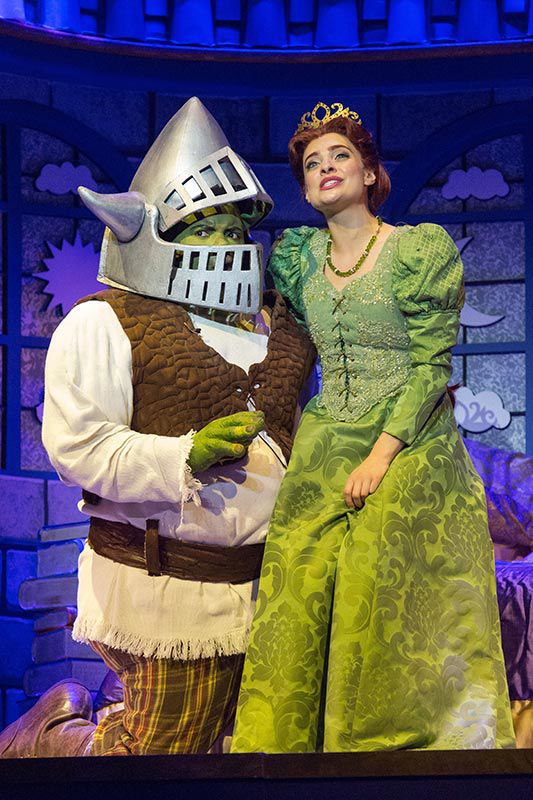 Nick Parker acts with Julia Udine in “Shrek the Musical.”

The cast of “Shrek the Musical” is portraying characters brought alive from the Oscar-winning movie at the Walnut Street Theatre. — PHOTOS: MARK GARVIN

Nick Parker acts with Julia Udine in “Shrek the Musical.”

But was playing a reclusive green swamp thing the role actor Nick Parker had always dreamed of?

Maybe not, but still Parker says he’s thoroughly enjoying his role as Shrek in “Shrek the Musical” — even though it takes over an hour to get him ready for the show. This includes putting green makeup all over his face, attaching a hefty body suit to add weight, wearing clunky boots that make his walk unsteady.

Even then he’s having fun with the role, Parker says.

The award-winning Broadway musical, based on the Oscar-winning movie, continues at the Walnut Street Theatre through Jan. 5, 2020.

Originally fem Washington D.C., Parker attended the prestigious Duke Ellington School for the Arts where, he says, he was classically-trained.

“The school, which has produced many talented well-known artists, is intended for students who want to excel in the arts,” Parker explains. “While in school I was part of the show choir and it was then that I started to get really interested in performing. We were a traveling choir and got to perform with great people in some great places.”

For the first two years at the school, Parker explains, every student is trained in the classics.

“But during the last two years, everyone is free to choose what path they wanted to follow. Given the opportunity to try different things, one year the school presented ‘The Wiz’ and I got to play the Lion. That was the first time I got to play a full-on musical comedy and I loved it. It felt right to me.”

It felt so right, in fact, that Parker came to Philly to attend the University of the Arts, eventually graduating with a degree in musical theater. He next participated in the Walnut’s Acting Apprenticeship Program and has performed in multiple Walnut Street Theatre productions as well as several productions at other nearby theaters.

And when he’s not performing, Parker works as a resident teaching artist in Philly, teaching students with multiple disabilities both at the Walnut Street Theater and 1812 Productions.

“These are children and young adults who can’t communicate very well, so my job is to help them do that through acting, movement, and so on,” Parker says. “Students with disabilities are no different than students who attend a traditional school. So we try to provide the same opportunities for them that other students may have.

“They are often unable to have as many experiences as may be offered elsewhere, so we come in and give them experiences they may never have known or even known ever existed.”

Using the performance skills he loves so much, Parker teaches his students to express themselves through performance.

“It’s a beautiful thing to see and really an extension of what I love to do,” Parker concludes.