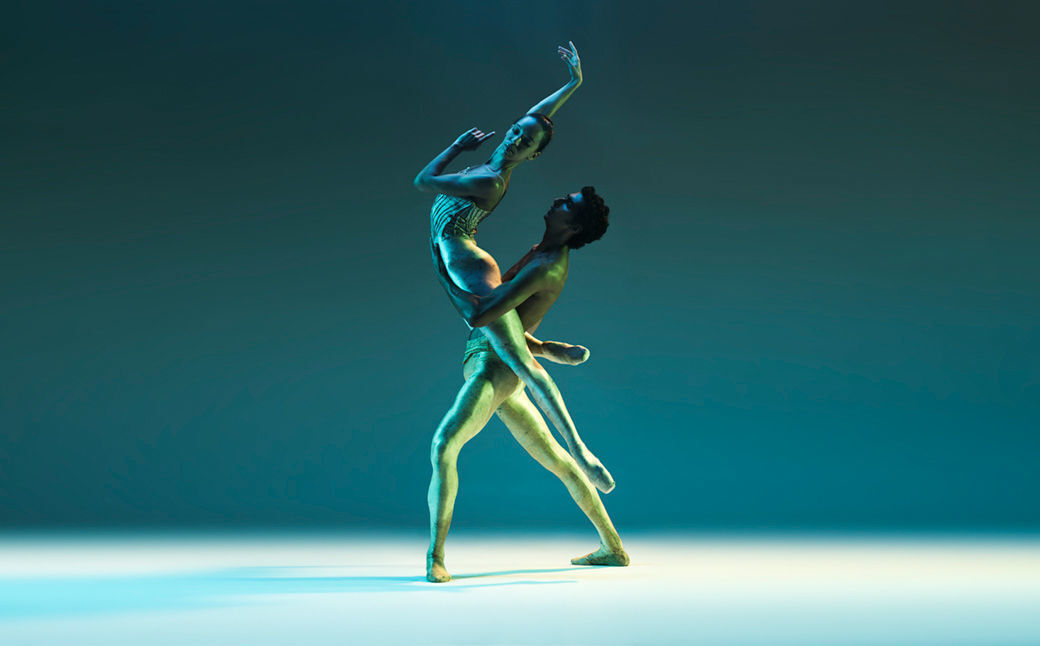 Some Black dance companies, such as the Dance Theatre of Harlem, above, have been underfunded for so long that they may never recover from the pandemic. —Tribune file photo 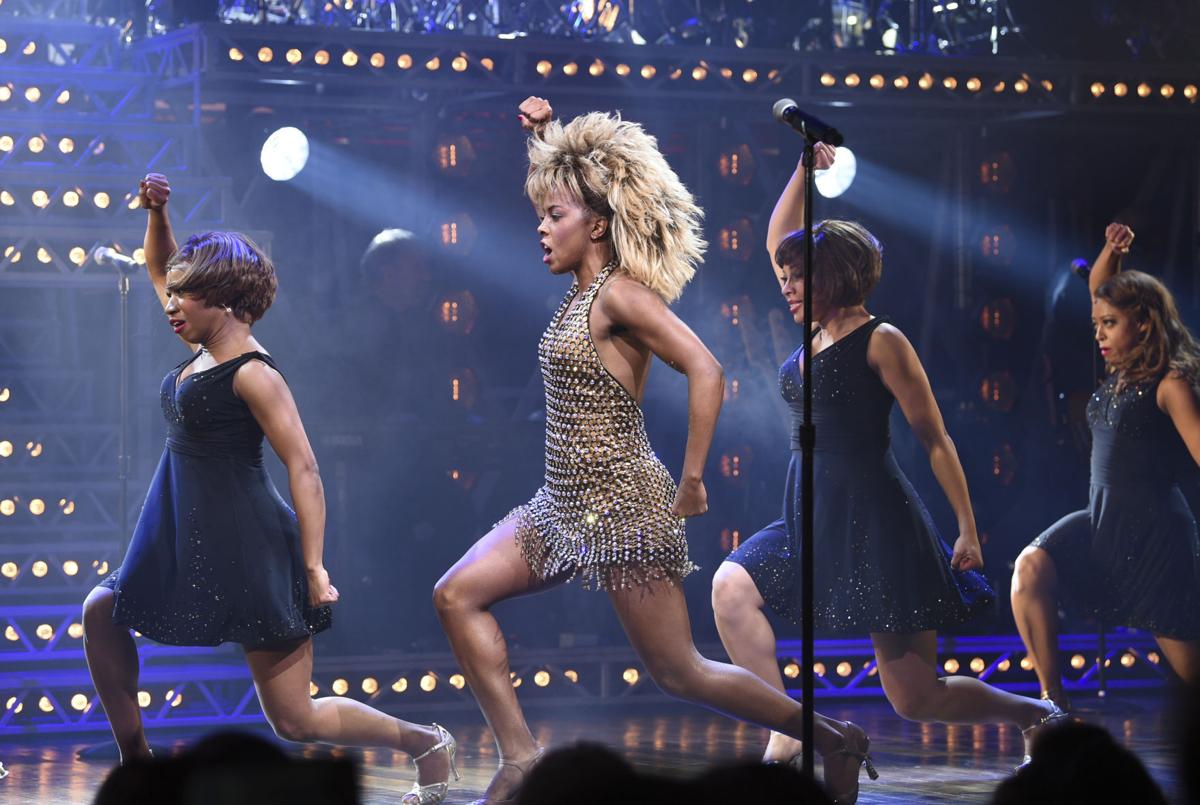 Dancers, led by actress Adrienne Warren, center, perform during the opening night of “Tina - The Tina Turner Musical” at the Lunt-Fontanne Theatre on Nov. 7, 2019, in New York.

Some Black dance companies, such as the Dance Theatre of Harlem, above, have been underfunded for so long that they may never recover from the pandemic. —Tribune file photo

Dancers, led by actress Adrienne Warren, center, perform during the opening night of “Tina - The Tina Turner Musical” at the Lunt-Fontanne Theatre on Nov. 7, 2019, in New York.

After more than 10 years performing in traveling shows and in local theaters, NaTonia Monét fulfilled a lifelong dream last year when she made her Broadway debut in “Tina: The Tina Turner Musical.” For months, she sang, danced and acted in eight shows a week in the role of Alline, Tina Turner’s older sister, who introduced the young Anna Mae Bullock to Ike Turner.

When the pandemic forced Broadway to close in March, Monét did not panic, confident that it would be temporary. But then one month turned into six, then nine, and now it’s unclear when the big theaters will reopen. “The anxiety of how to survive hit me hard,” she said.

Like thousands of dancers across the country, Monét said she has struggled to find new work and has returned to making comedy web series with friends and colleagues. But it’s not enough, especially given the high cost of her New York rent. “I’m not making a living ... not how I want to,” Monét said.

But Monét said she also worries that once the big theaters reopen that as a Black artist she will struggle to find a spot.

“Being that the shows are predominantly white — you have your few Black shows that come along, but other than that, you’re fighting for the one or two token roles in the cast,” she said.

It’s a worry that is permeating the Black dance world — from the Broadway stage and ballet troupes to local theaters. After having been long underfunded, they say the pandemic will make their challenges worse. “Our industry, we were the first to close and we will be the last to reopen,” said Anna Glass, executive director of Dance Theater of Harlem, one of the country’s premier dance companies.

Some Black dance companies have been underfunded for so long that they may never recover from the pandemic, said Denise Saunders Thompson, president of the International Association of Blacks in Dance. “It’s very, very tough for our organizations,” she said.

According to the 2017 Helicon Collaborative Report “Not Just Money: Equity Issues in Cultural Philanthropy,” 2% “all cultural institutions” — from symphonies and opera companies to regional theaters and art museums — receive nearly 60% of the art world’s revenue. But organizations serving communities of color receive about 4% of that funding.

“We often refer to our sector as being anorexic,” Thompson said of the dance industry.

Unlike many big dance companies, Dance Theatre of Harlem does not have an endowment or cash reserves and it lost millions after being forced to stop its touring schedule and cancel its April fundraiser because of the pandemic.

“The company actually was in Detroit when we were beginning to get early signs that New York City was going to begin shutting down,” Glass said.

The company put its 86 employees on rotating furloughs between March and May and launched virtual programming, “DTH on Demand,” showing such legacy ballets as “Creole Giselle”and “Dougla.” It also began offering virtual dance classes to the public at a reduced rate of $25 per class rather than the $800 to $3,000 it charged per semester for in-person sessions.

Its most ambitious feat was a “bubble” in Upstate New York — similar to the National Basketball Association’s — where company members were quarantined and tested for the coronavirus before entering. For three weeks the dancers remained in the bubble, where they rehearsed with one another and taught classes. “No one got sick, which was fabulous,” Glass said.

The company has not been able to make up for lost ticket sales but probably will survive, Glass said.

For some Black dance companies, surviving the pandemic will require not only innovation but an overhaul. CooperMorgan Dance Theatre, a Jacksonville, Fla., company that specializes in contemporary ballet and modern dance, went on hiatus in 2020 as the coronavirus spread across the country.

Until the pandemic, the company’s budget had been “bootstrapped” through donations, ticket sales and the self-funding of its founders, said artistic director DeWitt Cooper. Cooper is now applying to turn the company into a nonprofit organization to make it eligible for government and private grants that will help alleviate some of its financial problems.

“We finally figured out this year that maybe we should stop that and go for the 501©(3) and get that established for a little while and then work on some grants,” he said.

While waiting for things to rebound, some dancers are changing course and pursuing new careers. When the pandemic hit, Tiffany Mellard, who was performing in the ensemble of the “And Peggy” tour of “Hamilton,” flew home to Florida, applied for a graduate school program at Harvard University in July and started classes in September.

While she studies, Mellard said she is keeping her body active by taking virtual ballet barre and conditioning classes at a local dance studio. “It felt so invigorating to move in such a large space again, much better than trying to dance in my parents’ garage,” she said.

Not all Black dancers and dance companies are struggling. Alvin Ailey American Dance Theater cut salaries and furloughed 16 full-time, nondancer staff members at the beginning of the pandemic. But the company tapped into its $50 million endowment, and most workers were able to return in the fall.

After a summer of protests following the death of George Floyd, large organizations, including the Ford Foundation, have committed more than $1 billion to help Black artists. “I am optimistic because I’ve seen signs of a world that did not exist prior to covid, and certainly prior to the murder of George Floyd,” Glass said.

When the pandemic hit, Morgan Williams, a dancer and choreographer, was making the 2 1/2-hour commute from Plymouth, Wis., to Chicago for rehearsals with Visceral Dance Chicago, then teaching at a studio in Plymouth in the evenings.

He was able to establish his company, Water Street Dance Milwaukee, in Cedarburg, Wis., thanks in part to a $1,500 grant he received from the Foundation of Contemporary Art in June. The grant was increased to $2,000 in July, shortly after Floyd’s death.

However, he still needed to take another job — with GE Healthcare building ventilator parts — to survive. “If I’m being honest it made me smarter,” he said. “It made me think, ‘How do I survive? How do I adapt?’ And I did just that.”