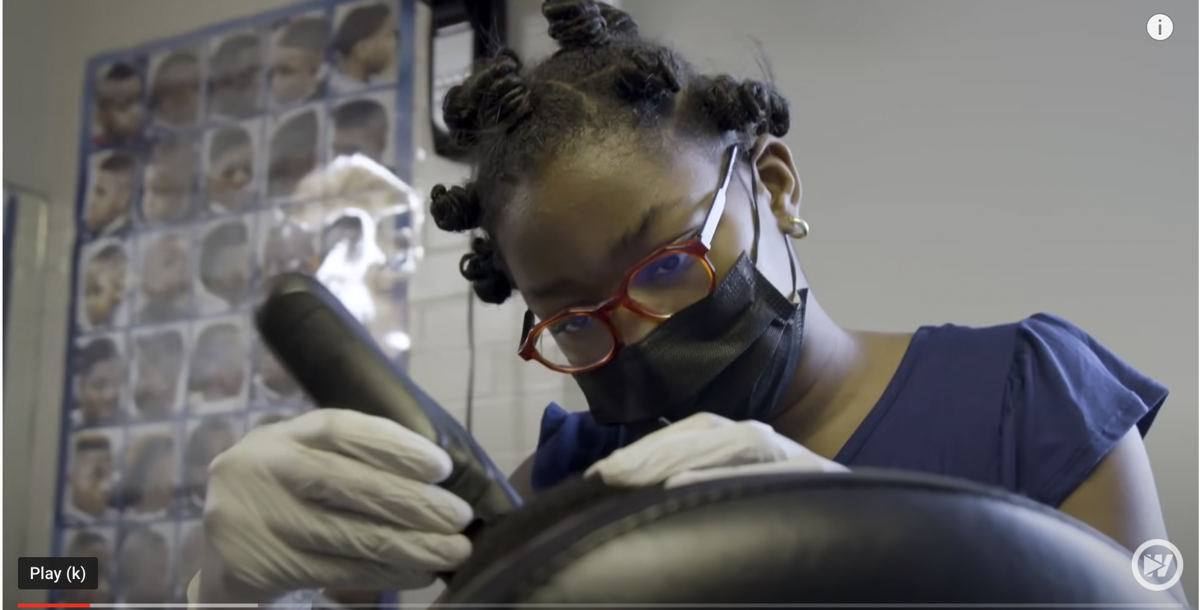 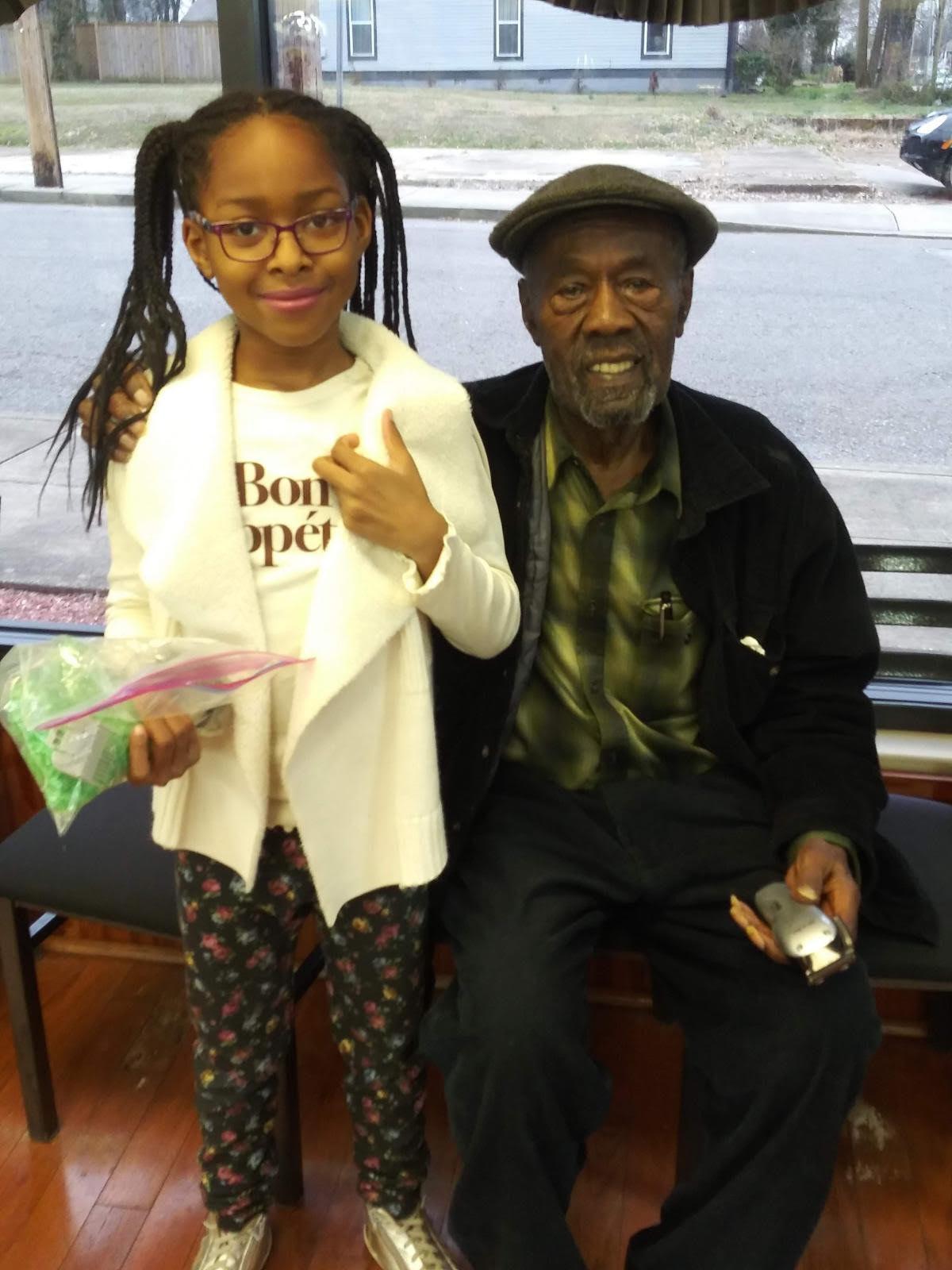 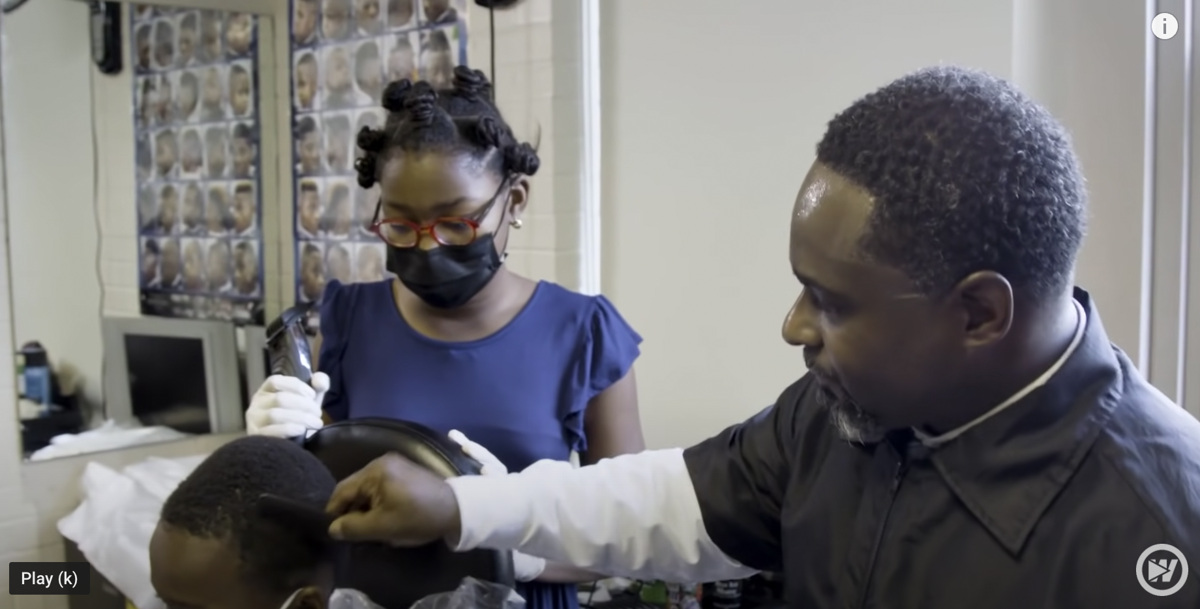 Neijae Graham Henries seems like a normal 11-year-old. She’s from West Philadelphia, wears glasses and gets B’s in school. What you don’t see about Neijae is that she cuts hair and she started at seven years old.

The self proclaimed “World’s Youngest Barber” has been cutting hair at back to school events, cutting for the homeless and was even on “Kids Say The Darndest Things.” It all started because of a barber orientation. “My mother saw it on Instagram and she enrolled my brother in it. After the orientation he decided that he didn’t want to do it. When I got home from school one day I saw her looking at Instagram posts from the orientation and I started asking questions because I was so intrigued,” said Neijae. The rest is history.

Neijae’s interest in cutting hair started growing and she asked barbers to teach her. Neijae has been developing her craft for three years and has competed in barber competitions. Now she’s being profiled on Whistle’s YouTube Series “My Hustle,” which highlights young entrepreneurs. Neijae’s episode, gives a look into her world of cutting hair. The viewer is invited to her cutting station to watch her cut hair and some of the people who have helped Neijae along the way are also featured.

Neijae primarily cuts men’s hair, but her mom, Jamie Granham, can recall some resistance when she first started. “I think she had just turned eight at the time and people had never seen anything like it so they were very apprehensive. I don’t think she remembers that, but she just had to push through until someone finally gave her the opportunity. It was really good because it taught her about perseverance. You’re not gonna get it the first time. You just keep working through getting better and better and eventually you are where you need to be.”

Fades and cuts downs are not the only styles Neijae has done. She has even given someone a Mohawk! “So I did this Mohawk for this young lady and I was very proud of myself because I had never done a Mohawk or cut a female’s hair.” Cutting a Mohawk into a head seems like something that could go wrong. Neijae said she researched how to cut a Mohawk before the job and had guidance from a barber during the cut to help. Neijae is where she is today thanks to a lot of guidance from her elders. She has even visited Media Mogul Oprah Winfrey’s dad at his barbershop.

This ambitious young lady has high hopes and dreams. She loves basketball and has aspirations to ultimately cut basketball star, Lebron James’ hair. Neijae is a Lakers fan and wants to make sure their star is fresh. When asked why a girl from West Philly isn’t a Philadelphia Sixers fan she responded, “The Lakers have better defense and better strategies.”

Her ambition doesn’t stop there. She noticed how many products are used during the hair cutting process and now is working on creating her own grooming products. “I was intrigued about the products because you need hairspray and grooming products for the beard and gel and shampoo and conditioner,” said Neijae. Her goal is to continue to become a master at cutting hair and have her products in stores. She also wants to be a surgeon.