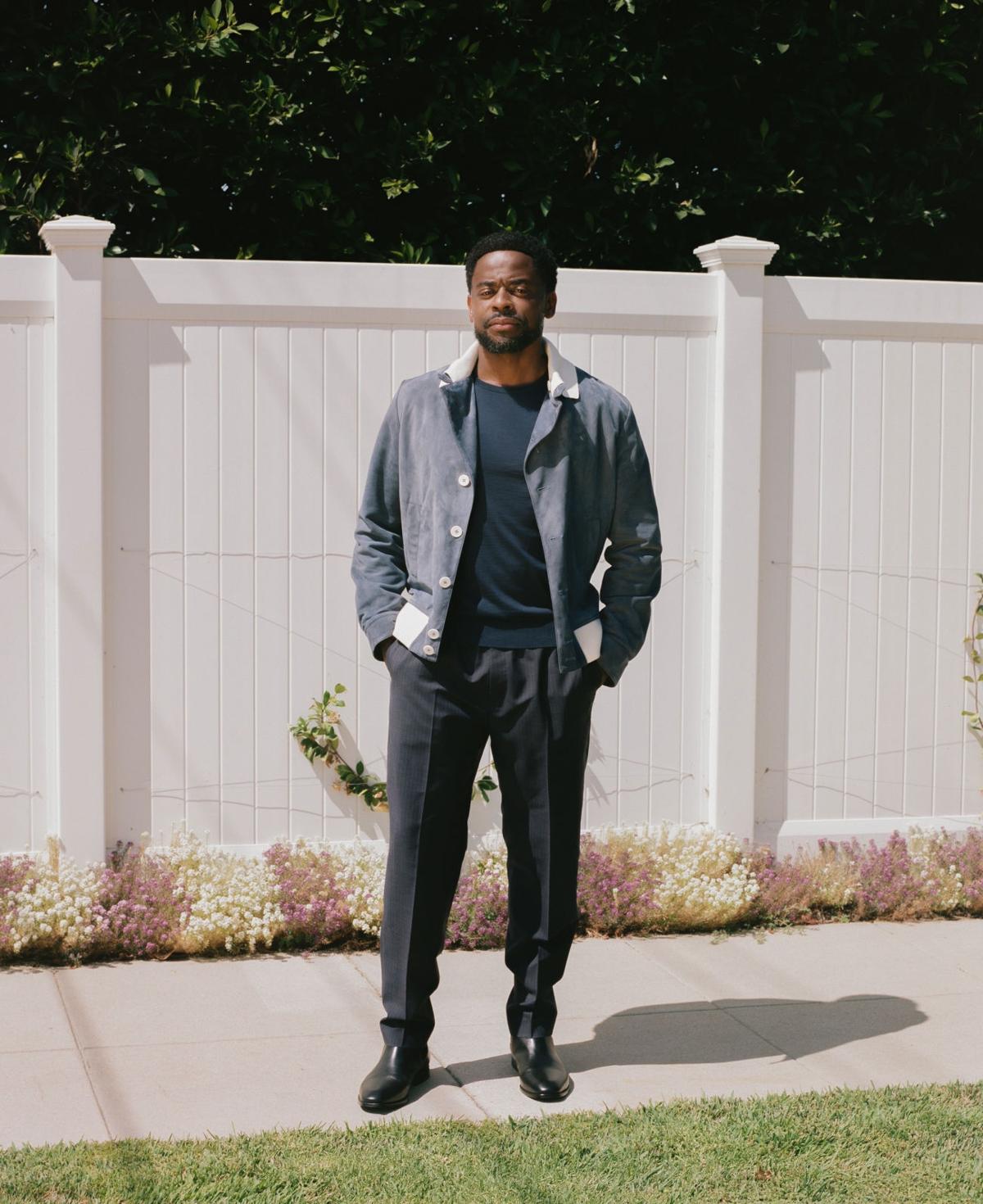 Dulé Hill, who stars as the father in a reimagined “The Wonder Years” that is set in 1968 Montgomery, Ala., in Burbank, Calif., Sept. 13, 2021. Though this new “Wonder Years” remains a nostalgia-driven comedy, it also pushes Hill to confront themes that his previous TV parts — callow young men, cheerful neurotics, tack-sharp professionals — rarely allowed. —Michael Tyrone Delaney/The New York Times 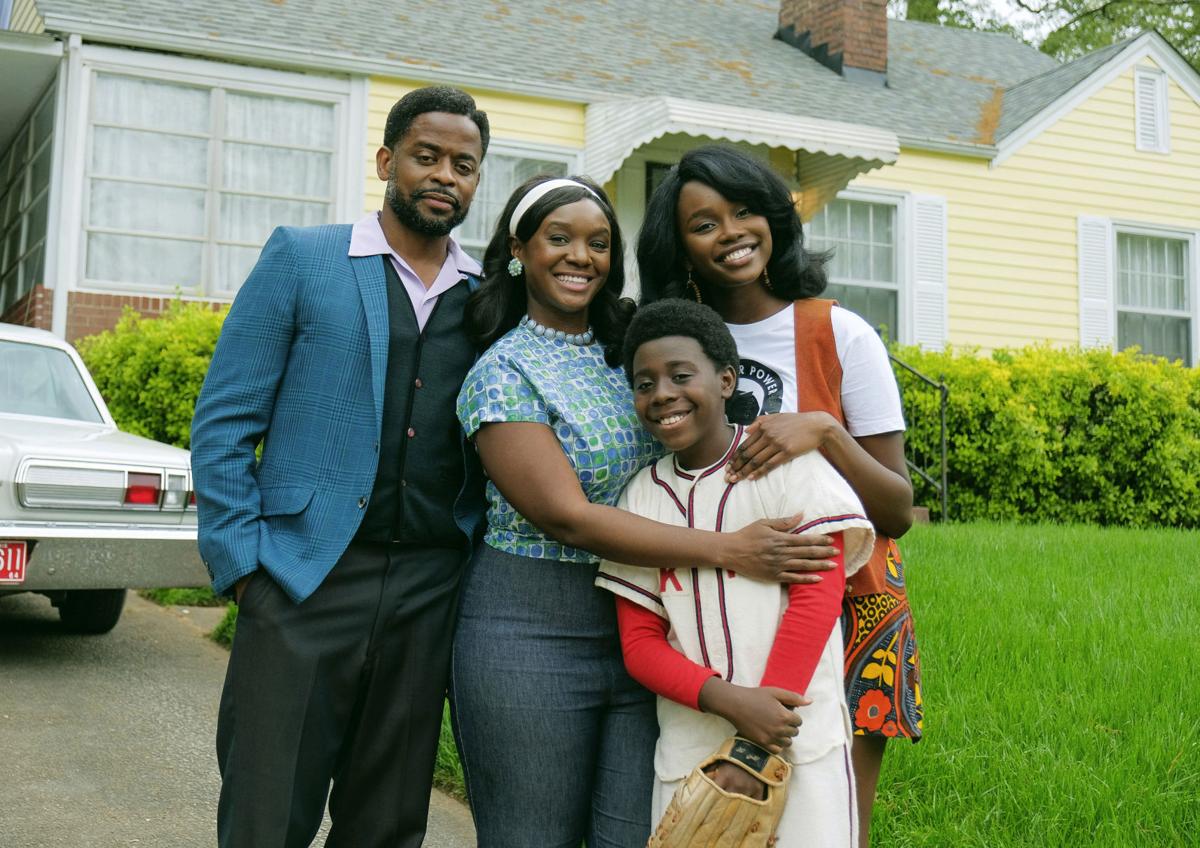 This image released by ABC shows the cast of "The Wonder Years," from left, Dule Hill, Saycon Sengbloh, Elisha Williams and Laura Kariuki. Fred Savage, who starred in “The Wonder Years” when it ran originally on ABC from 1988 to 1993, directed the pilot episode of the new version and is a producer of the series. —Erika Doss/ABC via AP

Dulé Hill, who stars as the father in a reimagined “The Wonder Years” that is set in 1968 Montgomery, Ala., in Burbank, Calif., Sept. 13, 2021. Though this new “Wonder Years” remains a nostalgia-driven comedy, it also pushes Hill to confront themes that his previous TV parts — callow young men, cheerful neurotics, tack-sharp professionals — rarely allowed. —Michael Tyrone Delaney/The New York Times

This image released by ABC shows the cast of "The Wonder Years," from left, Dule Hill, Saycon Sengbloh, Elisha Williams and Laura Kariuki. Fred Savage, who starred in “The Wonder Years” when it ran originally on ABC from 1988 to 1993, directed the pilot episode of the new version and is a producer of the series. —Erika Doss/ABC via AP

Only white people, the pop culture conceit goes, can get excited about traveling backward in time. For other people, the past generally looks less like a vacation.

This idea has come up in films and TV shows from the “Hot Tub Time Machine” franchise to the British comedy “Timewasters” to NBC’s “Timeless,” in which Rufus, a Black member of a crew using an experimental time machine, says, “There is literally no place in American history that will be awesome for me.”

Nostalgia is itself a kind of time machine, and TV has generally let white characters drive it. “Freaks and Geeks,” “That ’70s Show,” “Happy Days,” “Brooklyn Bridge,” “American Dreams,” “The Goldbergs” — these stories of fads and family and regrettable fashion choices, with occasional exceptions (“Everybody Hates Chris”), have not made for the most diverse of genres.

TV’s wellspring of boomer remember-when is “The Wonder Years,” the dewy-eyed look back at 1968 from the vantage of 1988, when the pilot introduced Kevin Arnold (Fred Savage) entering middle school in a generic suburb, his hormones coming to a boil in sync with the larger society.

Though “The Wonder Years” could be pat and heavy-handed (unpopular TV opinion alert), it was not Pollyannish about the old days. Near the end of the first episode, Kevin learns that his neighbor — the older brother of his long-running crush, Winnie Cooper — has been killed in Vietnam.

But the recurring theme, underlined by Daniel Stern’s voice-over, is that Kevin is learning about the larger world just as the larger world is learning unpleasant things about itself. To an audience that shared his experience, it says: Sure, a lot of things started going wrong then, but we were just kids, figuring it out. We didn’t start the fire!

Childhood memories, of course, are not unique to any demographic group; you find them in works by Black artists from Spike Lee’s “Crooklyn” to Stevie Wonder’s “I Wish.” But it takes a certain kind of privilege to suggest that the larger world ever had an innocence to lose — that things were simpler and sweeter before they turned bitter and complicated.

Your relationship to history has very much to do with which side of history your ancestors were on. And how comfortably you revisit the past depends on whether you assume the past is friendly territory for someone like you.

You don’t have to watch sitcoms to see this. The political culture-war rhetoric of nostalgia — appealing to audience members' sense that the past was better for people like them, before their childhood favorites were recast or canceled — has been as central to Trumpist conservative campaigning as any policy plank. The “Again” in “Make America Great Again” is doing a lot of work. Great for whom?

All this gives ABC’s new version of “The Wonder Years,” centered on a Black family, an immediate sense of purpose: to integrate TV’s Memory Lane, to complicate our idea of what nostalgia means, to show us what it looks like when someone else climbs in the time machine.

The focus is Dean Williams (Elisha Williams), an awkward 12-year-old growing up in Montgomery, Alabama. If this “Wonder Years” had turned the clock back the same amount as the original, it would be set in 2001. Instead, it also begins in 1968, which the narrator (Don Cheadle, as the adult Dean) introduces as a year when there was a pandemic, Black parents gave their kids “the police talk” and “a presidential election had created a racial divide.”

The sweetly funny pilot, written by Saladin K. Patterson, is emphatic that this is not a bad-old-days story. Dean, his adult self tells us, grew up in a safe, self-reliant, middle-class Black neighborhood that set him up for success. It’s as if part of the show’s mission is to say that kids like Dean have happy, occasionally cringe-y childhood memories like anyone else, and have just as much right to get misty over them as the suburban white boomers of 1988.

But those memories are complicated. Dean remembers his musician father, Bill (Dulé Hill), as a suave charmer (in contrast to Kevin’s distant simmering volcano of a dad). Bill’s watchword is “Be cool,” a phrase he applied to all situations, including being pulled over by the police.

Race isn’t a special-episode topic here. It’s part of life. It’s in Dean’s sister’s Black Panthers T-shirt, in the taunts of the bully who picks on Dean for carrying a lunchbox “like you’re white” (the insult “confuses me to this day,” the adult Dean says), and when the news of Martin Luther King Jr.’s assassination breaks while Dean is playing baseball against a white school friend’s team.

In one short pilot, the new “Wonder Years” is trying a lot: addressing and complicating racial issues while not defining its characters solely in terms of them or allowing the 2021 audience an easy sense of superiority to past generations.

But maybe that’s part of the show’s project as well. We usually talk about progress, in TV and elsewhere, as a matter of advancing into the future. But it can also be about who is allowed to find wonder in the past.