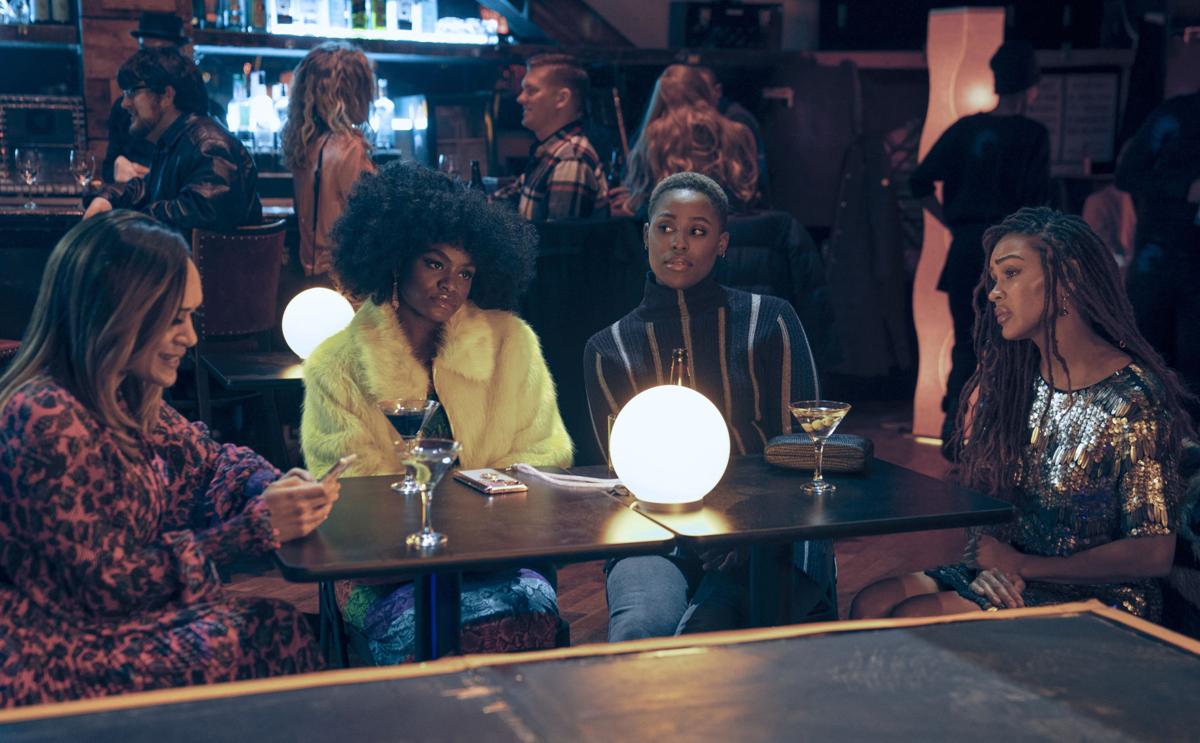 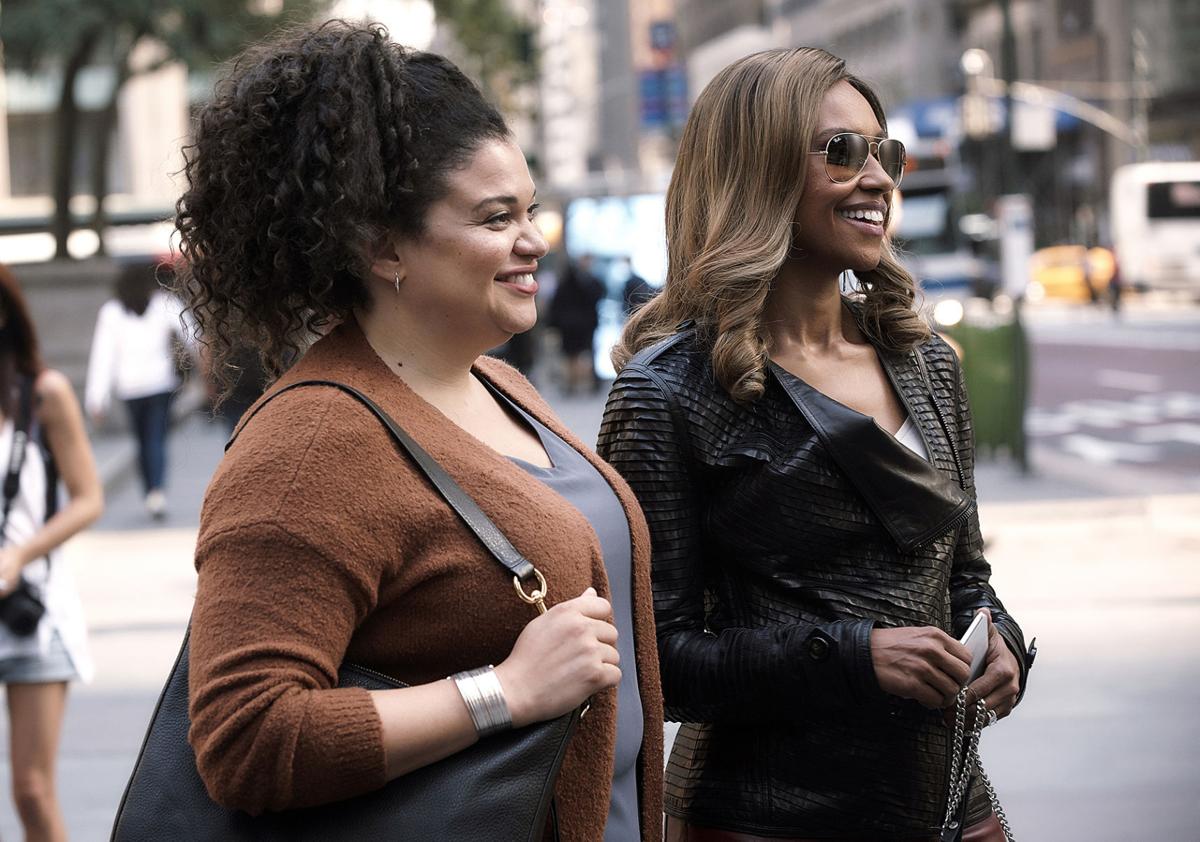 Nobody does Black friendship like Tracy Oliver, the buzzy writer and producer behind “Girls Trip,” “The First Wives Club” reboot and the new show “Harlem.”

Without her girls (onscreen and off), she probably wouldn’t be here — here being the top of a decade-long climb that began when she co-produced the web series “The Mis-Adventures of Awkward Black Girl” with her college pal Issa Rae.

For Oliver, sisterhood hasn’t just been good for business; it is the business.

“I really like writing friendships. There’s something fun to me about capturing that sisterhood and that love that we have for one another,” said the showrunner, 32, whose latest series is her sumptuous take on Black female friendship above New York City’s 110th Street.

“Harlem” has been a critical darling since its December premiere on Amazon Prime. That achievement came hot off the heels of Oliver’s reported eight-figure multiyear deal with Apple Plus. And, if a long-awaited negotiation is finally reached, the executive producer will dive into the sequel to “Girls Trip,” the first movie written by a Black woman to make $100 million at the box office.

The screenwriter has found the most inspiration — and had the most fun — writing about friend groups because “you can actually go deeper than you can with other relationships. I think [friends are] weirdly more vulnerable,” said Oliver, who should know.

It was her own pals who helped pull Oliver out of the kind of “woe is me” funk into which the characters she’s created have easily fallen. After scoring a series order in 2019 for “Harlem,” an idea for a “non-gentrified” version of New York City she had dreamed up years before, Oliver learned that another comedy, Leigh Davenport’s “Run the World,” which was also about four Black women living in the famous Upper Manhattan neighborhood, was filming a pilot.

“I was devastated,” she said, and could see what was coming. The show she knew was “unique and necessary” would be labeled a copycat and Oliver would inevitably be compared to another Black writer in the business. The inevitable implied cattiness was the opposite of the kind of stories she wanted to see on-screen or experience in her own life. “I didn’t want any of this. I was really upset,” Oliver said. But her friends got her together.

Veteran filmmaker Neema Barnette, who directed the finale of “Harlem,” was blunt. “She was like, ‘B----, don’t worry about none of this,’” Oliver recalled.

Barnette, the first African American woman to direct a TV sitcom, remembered encouraging Oliver to focus on the work and to avoid the Hollywood trap of pitting creatives of color against one another.

“Black folks are always under a microscope. Hollywood puts us all in one pot and doesn’t take the time to analyze what each individual voice is trying to say. Meanwhile, you can have 30 procedural show and 45 hospital shows,” Barnette said. “I told Tracy, ‘There’s room for more than one. If you have something to say then you’re in the right place.’”

Being in the right place at the right time surrounded by the right people is a gift Oliver has. She caught the acting bug as a toddler in her native South Carolina, but chose Stanford over New York University’s venerable Tisch School of the Arts because her mother “was kind of freaked out” about the possibilities (or lack thereof) of a career on stage. At Stanford, Oliver met Rae.

“We were just the two random Black people in drama at Stanford. No one goes there for that. We gravitated toward each other,” Oliver said. The pair often found themselves going up against one another for the same roles. Rae was known for her drama and Oliver could sing, but the opportunities were unsurprisingly scant and Oliver soon turned to writing, first creating roles for herself and then for other Black actors on campus. By senior year, she’d switched sides completely.

After moving to Los Angeles and graduating from the producing program at the University of Southern California, Oliver got a call from Rae, who needed someone to help get her autobiographical web series “Awkward Black Girl” off the ground. In the early days, they shot the series using borrowed equipment from USC. “We were so broke. I was just surprised that it blew up; we both were,” Oliver said.

“Awkward Black Girl” celebrated its 10-year anniversary in February. In the years since, Rae has collected awards and acclaim for her groundbreaking HBO comedy “Insecure” while Oliver has racked up screenwriting and showrunner credits of her own.

Oliver’s big break, 2017’s “Girls Trip,” was a writing gig forwarded to her by friends with a note of encouragement: “No one does Black friendship better than you.” But by the time Oliver applied, the job had been filled. She was devastated. “You know how sometimes a job is so perfect for you that you know it’s for you?” she asked. This was that. And Oliver was right: A year later, the comedy’s production team switched direction, Oliver reapplied and got the job.

In between, she’d written “Harlem,” a bingeable treat about the intertwined lives of Black besties. Her management team loved it but didn’t know what to do with it so the idea sat on a shelf. But after her movie’s massive success, suddenly Black friendship no longer felt so niche.

Yes, the comparisons to other single-in-the-city shows were inevitable: “Run the World,” “Insecure,” “Girlfriends,” “Living Single” and, of course, “Sex and the City” all came before her series. But Oliver took her friends’ advice and recognized the progress for what it was. Plus, she just really loves a good ensemble cast of Black women who love on another. She can’t help herself.

“If it’s a real friendship, you can get away with saying some things that are out of pocket and keeping it real. But you still come back because that’s the bond, its unconditional,” said Oliver. “I think there’s something beautiful about that and the stuff that you can do with it has a lot of depth. ...I also selfishly wanted to uplift Black women and I feel good about that. I really do.”