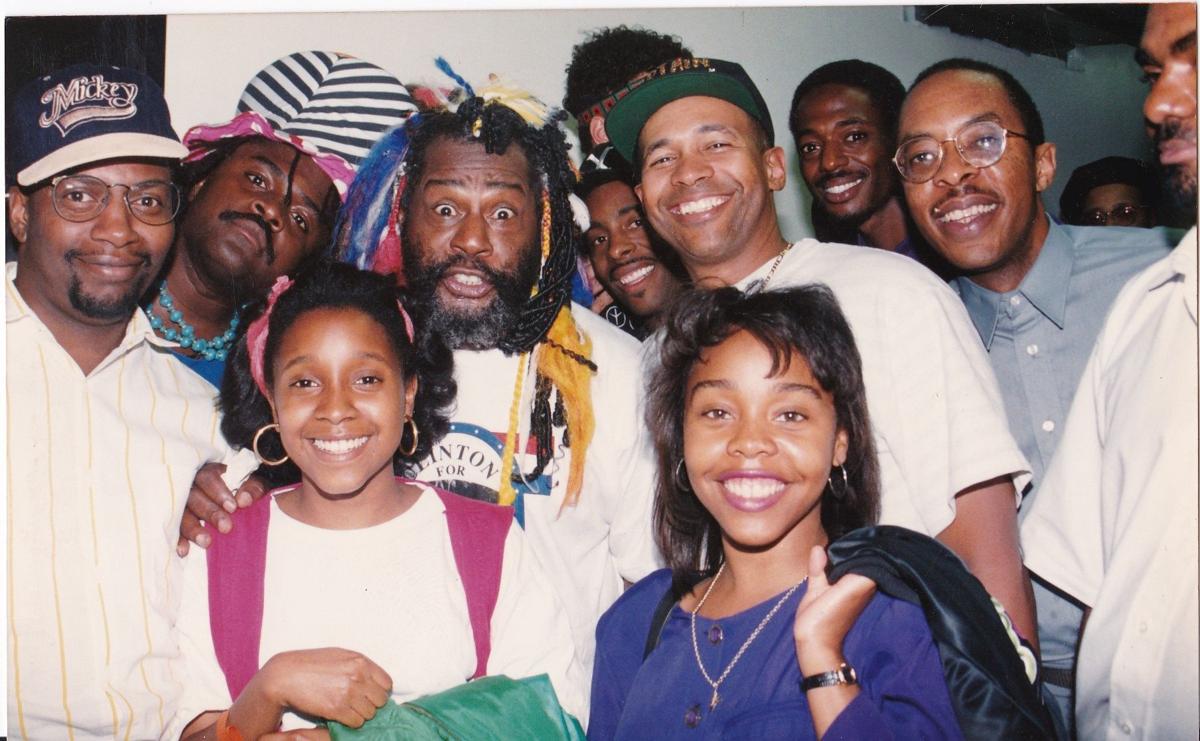 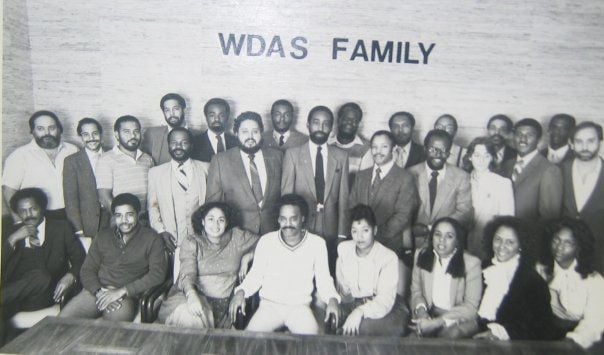 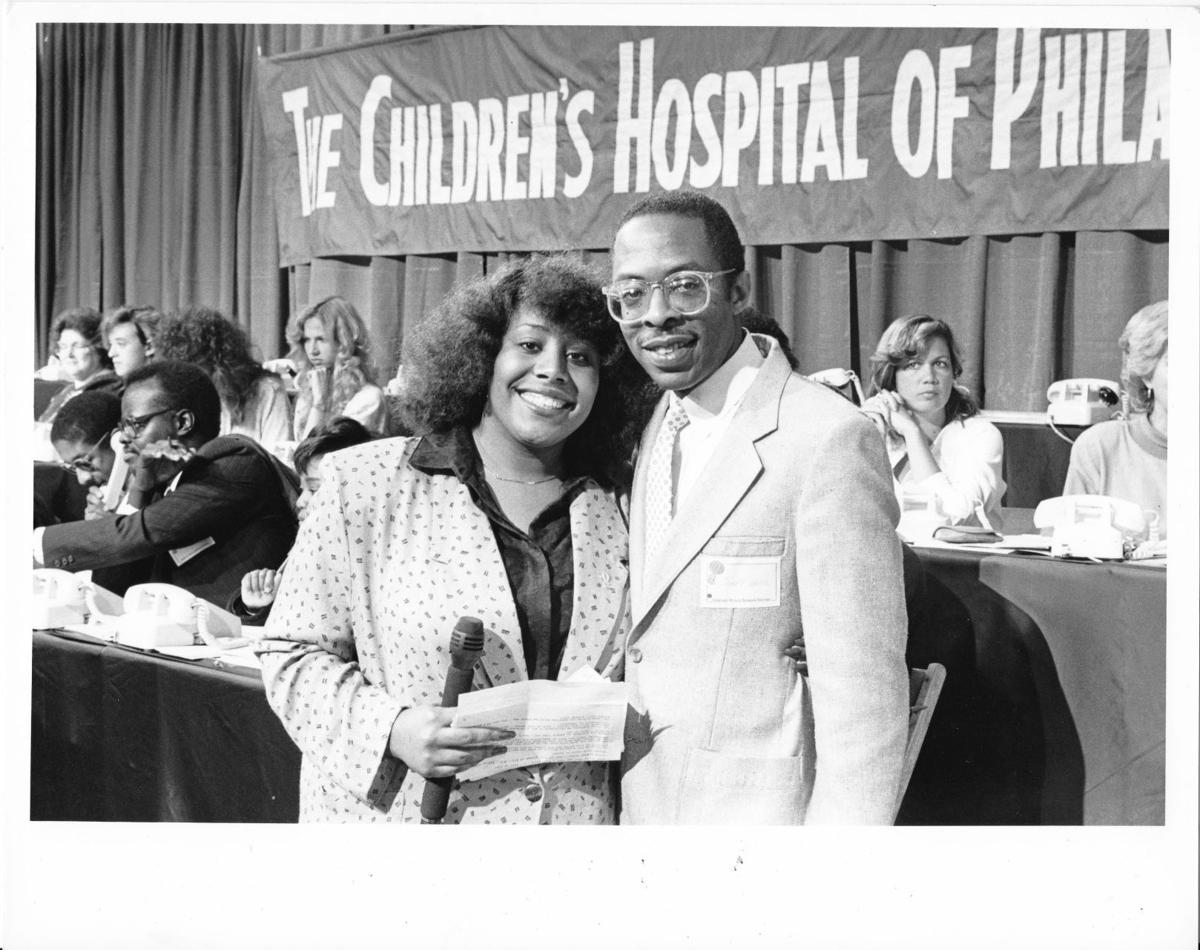 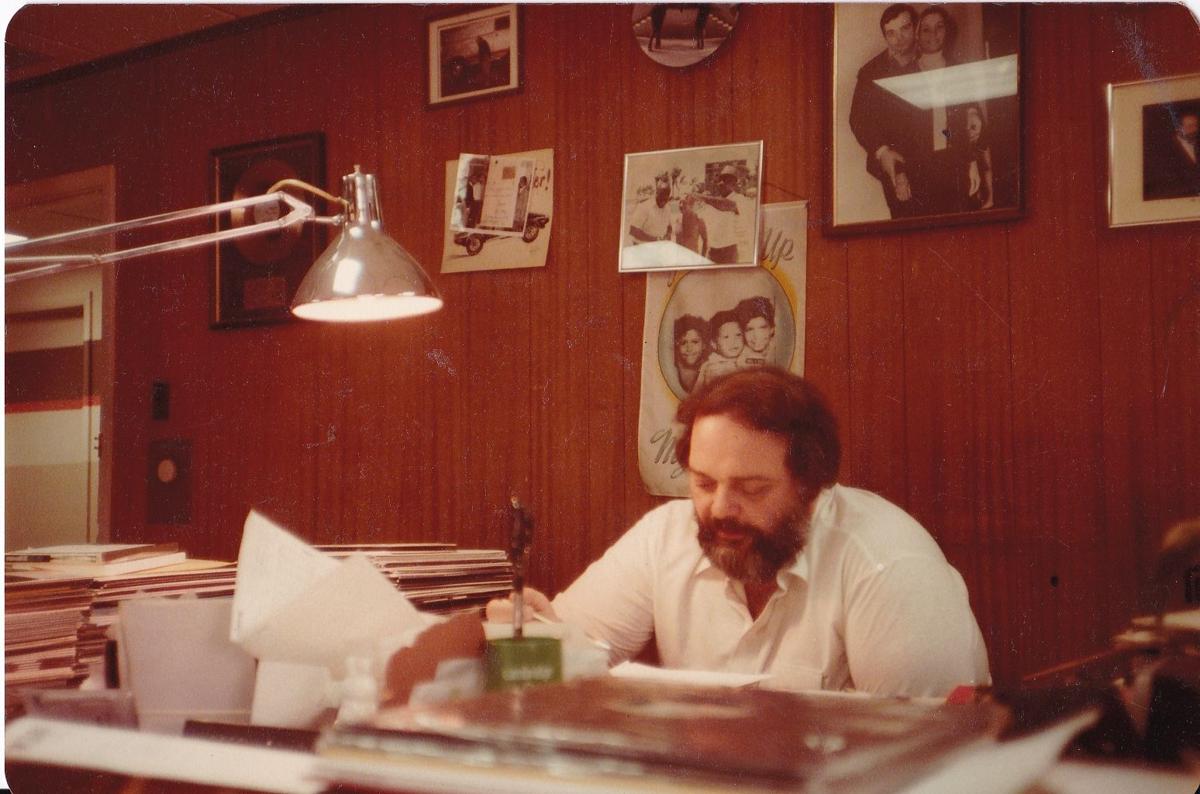 Joe “Butterball” Tamburro in his office in the early 1970s. 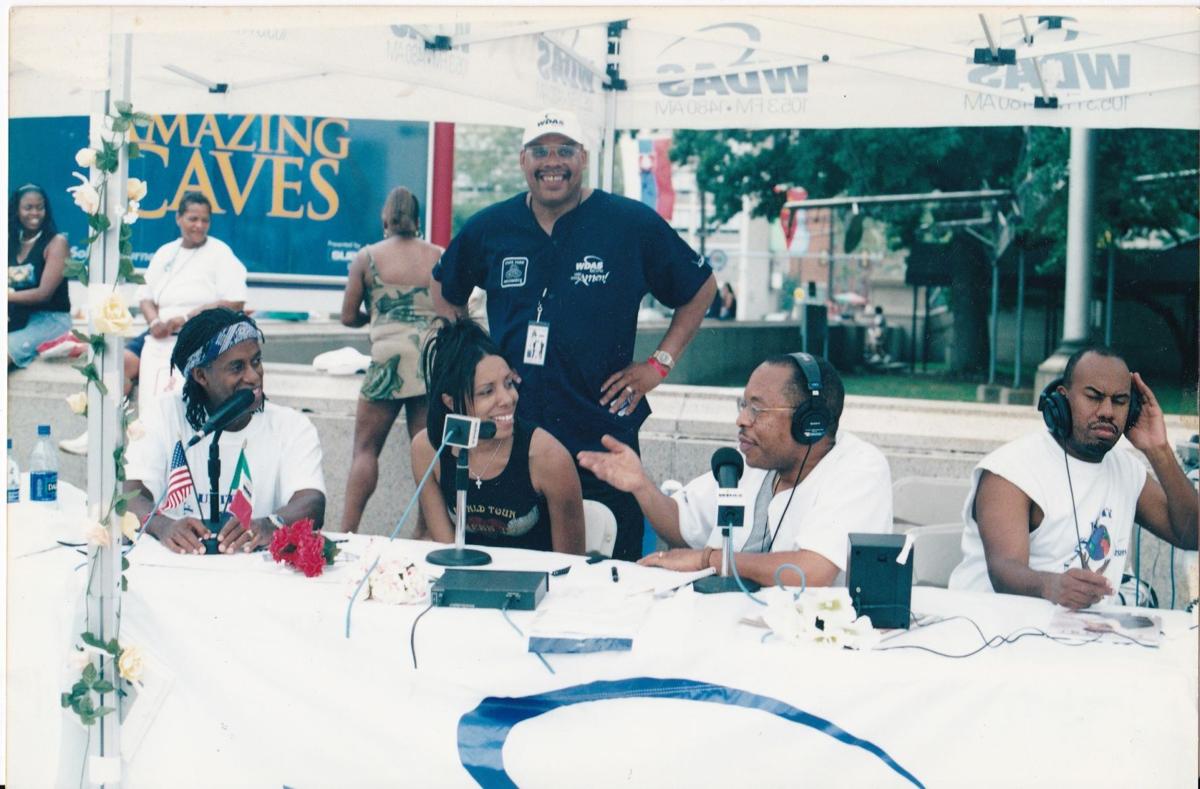 Jerry Wells at one of the Unity Day events with Gary Shepherd, left, and Tamlin Henry, standing. —Jerry Wells photo 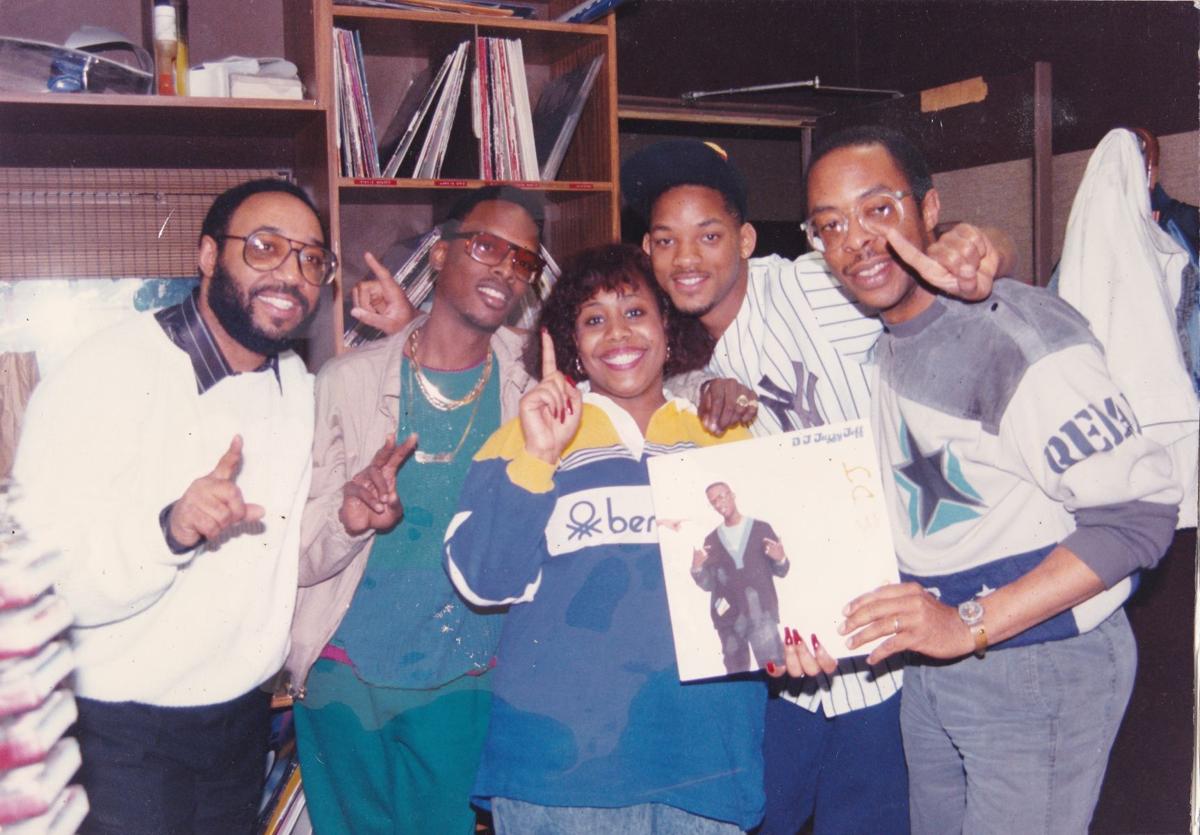 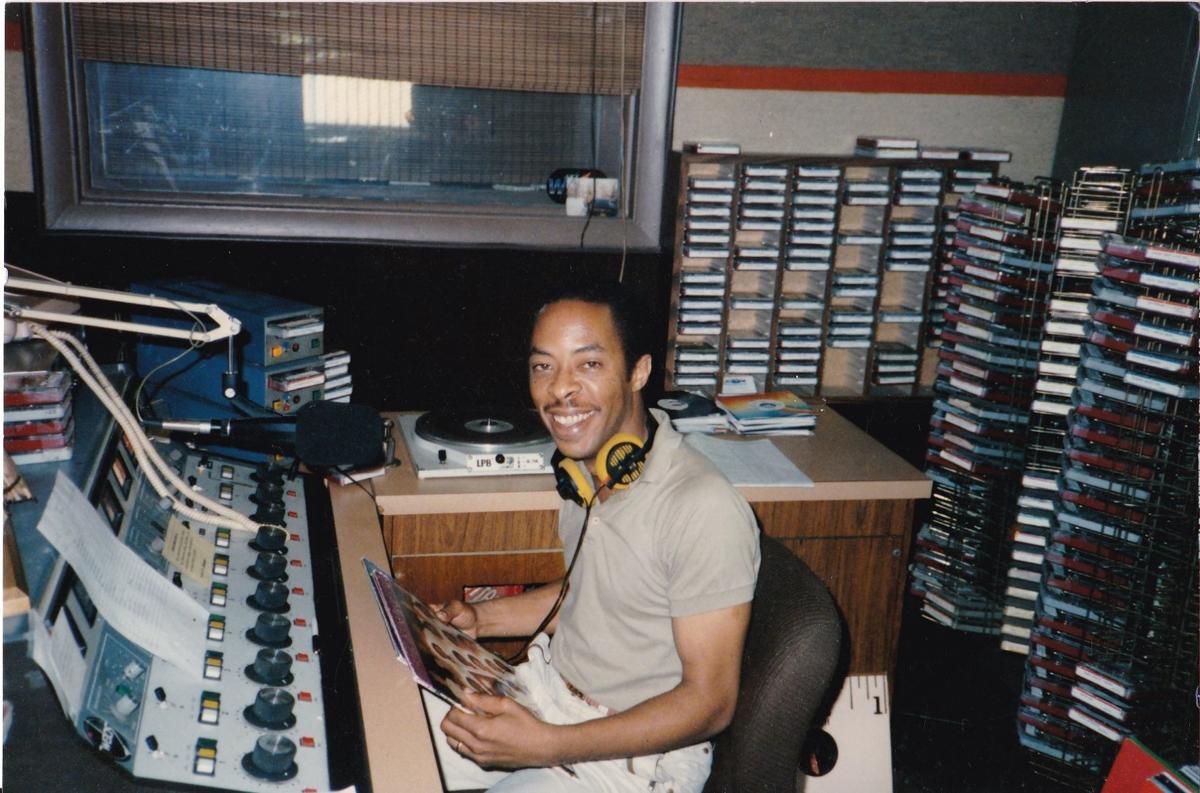 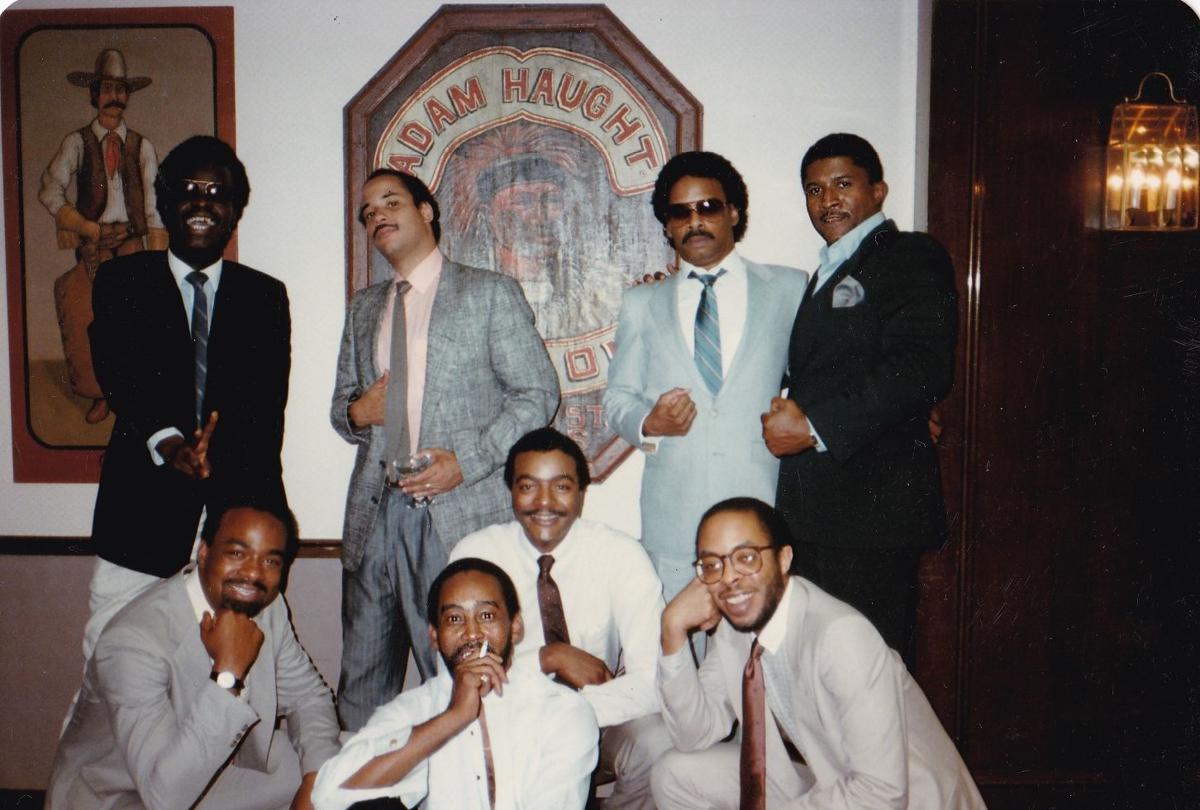 The Men of WDAS at a pre-Unity Day Luncheon one year. 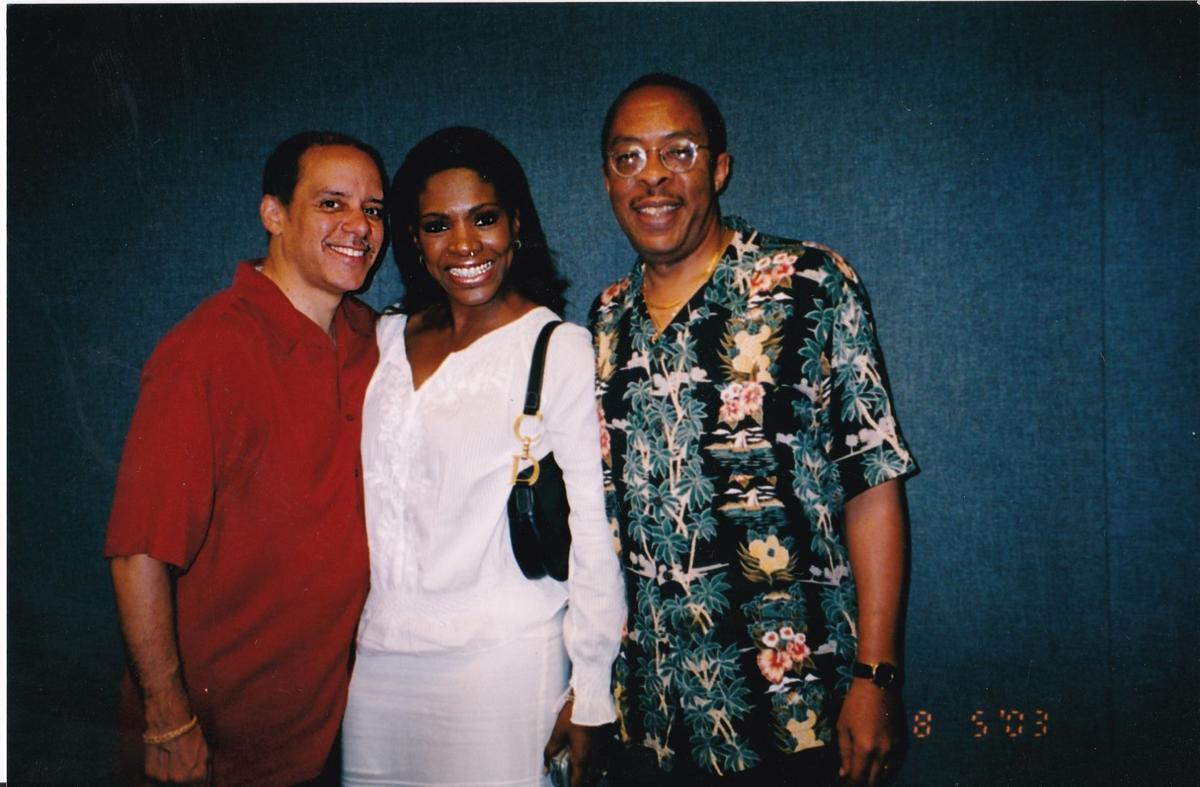 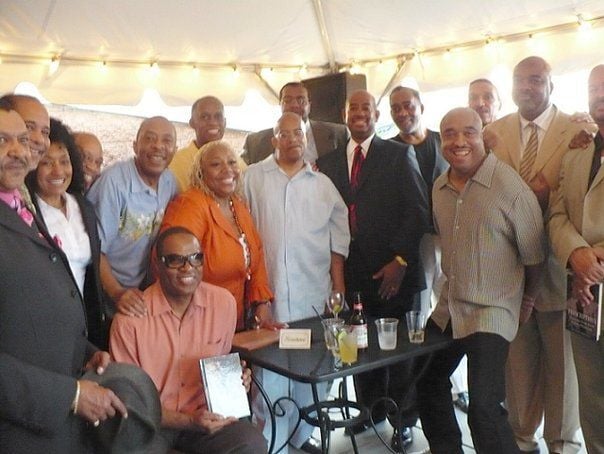 WDAS staff got together at Warmdaddy’s for a reunion in 2008. —Jerry Wells photo

Joe “Butterball” Tamburro in his office in the early 1970s.

Jerry Wells at one of the Unity Day events with Gary Shepherd, left, and Tamlin Henry, standing. —Jerry Wells photo

The Men of WDAS at a pre-Unity Day Luncheon one year.

WDAS staff got together at Warmdaddy’s for a reunion in 2008. —Jerry Wells photo

Current WDAS mid-day personality Patty Jackson said WDAS has been unique since it was bought by candy manufacturer Max Leon in 1950.

“Really, there’s nothing like it. This station is all about the community and we are unapologetically Black. We don’t try to be anything else but what we are,” Jackson said.

“People just know what they’re going to get. That’s what keeps us. People know exactly what they are going to get when they listen to WDAS,” Jackson said.

Wynne Alexander’s grandfather Max Leon was the original owner of WDAS and her father Bob Klein managed the station in its early years. The station has been a part of her life since she was born.

“I grew up there, basically and eventually, one of the greatest opportunities of my lifetime was to be able to work in the WDAS newsroom,” Alexander said.

“I think that the profound role WDAS has played in music history and the crucial role they played in civil rights history, starting in the 1950s combined, entered people’s hearts and intellect. When you come into people’s hearts and minds that way, you are never forgotten. And this radio station proves that,” Alexander said.

The former WDAS newswoman, who once interviewed Coretta Scott King, Rosa Parks and Muhammad Ali, now runs WDAShistory.org, a website devoted to the history of civil rights and broadcast.

Through the years, the talent that worked at the station was almost, if not as great as the musical talent that came through the doors. Names like Georgie Woods, Ed Bradley, Harvey Holiday and Joe “Butterball” Tamburro are part of Philadelphia radio history.

The station’s early management, Bob Klein and Max Leon had the vision to get the station involved in the civil rights movement.

“In 1951, when the determination was made, those were some very crucial years and dangerous years to make such a decision. The idea of taking a White station and turning into a Black cultural institution was revolutionary,” Alexander said.

Over the years, WDAS continued to evolve and find new and revolutionary ways to give back to Philadelphia’s Black community.

In the late 1970s, E. Steven Collins and Tamburro came up with the idea for Unity Day, which would expand and remain one of the station’s flagship events until around 2007.

Unity Day, an annual event that drew thousands to the Franklin Parkway, was an example of how WDAS acted as a community leader.

“Unity Day was very positive. It was just a great family day. We had entertainment for the whole family. It was designed to be something that the station did to give back to our listeners for their support,” he said. “It became like a reunion every year. To me, the highlight of the event was mingling with the people who listened to the radio station. I always enjoyed that the most, just hanging out with the people who supported us year in and year out.”

Jackson said that sense of family was felt by the station’s staff through the years and is part of its legacy.

“When we all get together now it’s unfortunately when somebody has died. But the WDAS staff is like your family. Eight times out of 10, they have been there for the birth of your children and the loss of your parents. They are with you throughout your life for the highs and the lows,” Jackson said.

She says she doesn’t know what the next few years hold for the station but she hopes they build on the sense of community that the station has always valued.

“I hope that whatever happens in the future, they will keep the integrity of the radio station,” Jackson said. “You just pray that there are people who love the station as much as you do and they’ve realized the legacy that is WDAS.”

Like many cultural institutions across the country, the Kimmel Center for the Performing Arts has been devastated by the coronavirus pandemic.…

A new federal program to help young Black and Latinx people find jobs in the media industry kicked off in Philadelphia this summer.

Many people know Donda West as the mother of rapper and presidential hopeful Kanye West but she was a Fulbright Scholar, English professor, wr…

Barack Obama names 53 songs getting him through 2020, with Megan Thee Stallion and Billie Eilish on the list

On the same night as his wife Michelle Obama delivered a powerful keynote speech at the Democratic National Convention, former President Barac…

Before the novel coronavirus pandemic, Gianna Ross exhibited animals from the Philadelphia Zoo’s collection to a few dozen people at a time at…

An ‘80s pop queen is finally telling her own story. Madonna has outlasted so many men and women in her almost 40 years as a performer. Now I d…

“Coming 2 America,” sequel to Eddie Murphy‘s 1988 “Coming to America,” just made a big money windfall. But you’re saying it hasn’t been in the…

Jamie Foxx is mourning the loss of his sister, Deondra Dixon. Dixon had Down syndrome, but became an inspiration to families everywhere. Foxx …

Michael B. Jordan is the Sexiest Man Alive. People magazine has crowned the 33-year-old actor for its 36th go-round in the magazine’s history.…