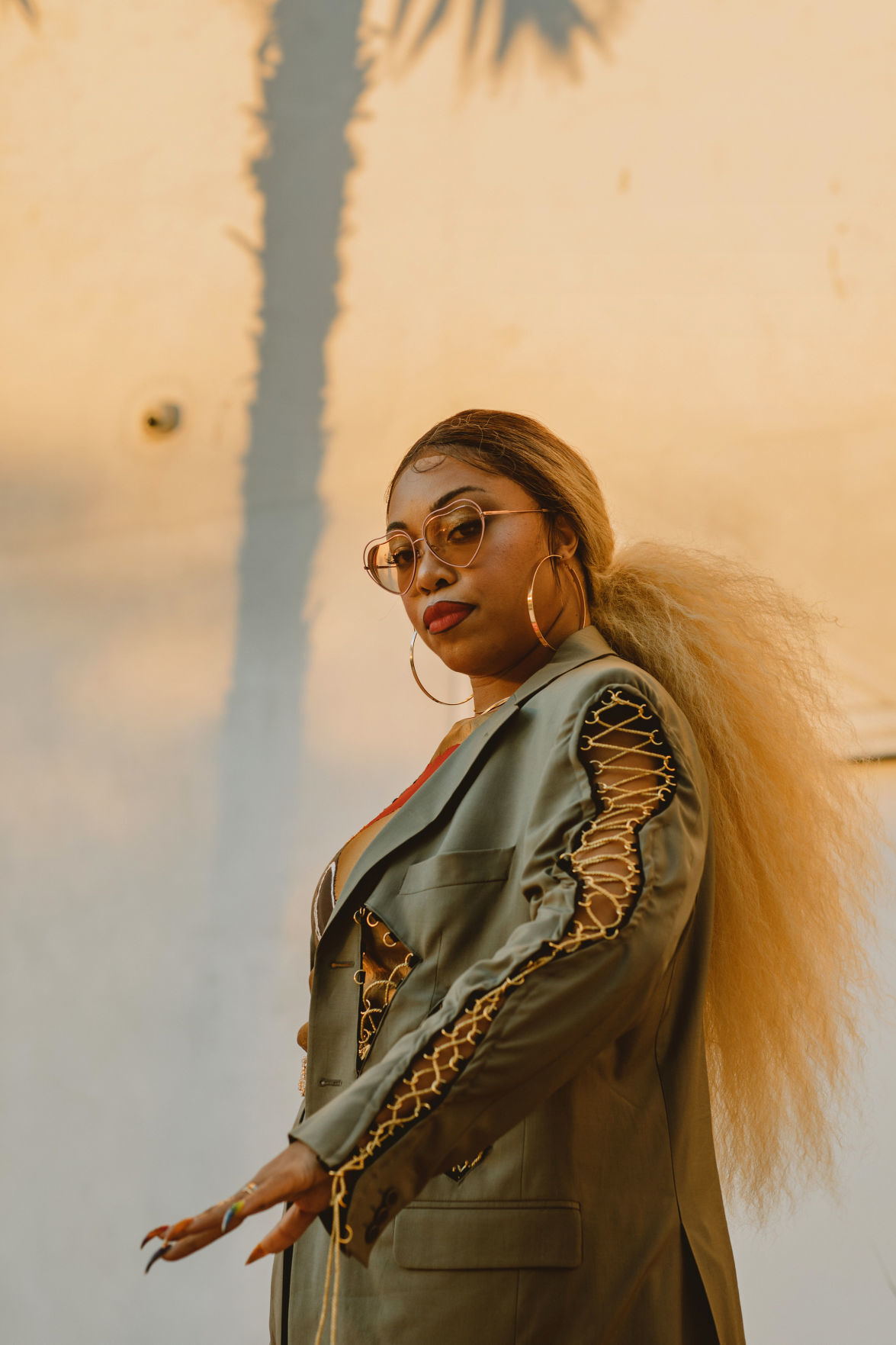 In the mainstream industry, “There’s not a lot of room to find your own creative direction,” Suzi Analogue said. —The New York Times photo/Rose Marie Cromwell 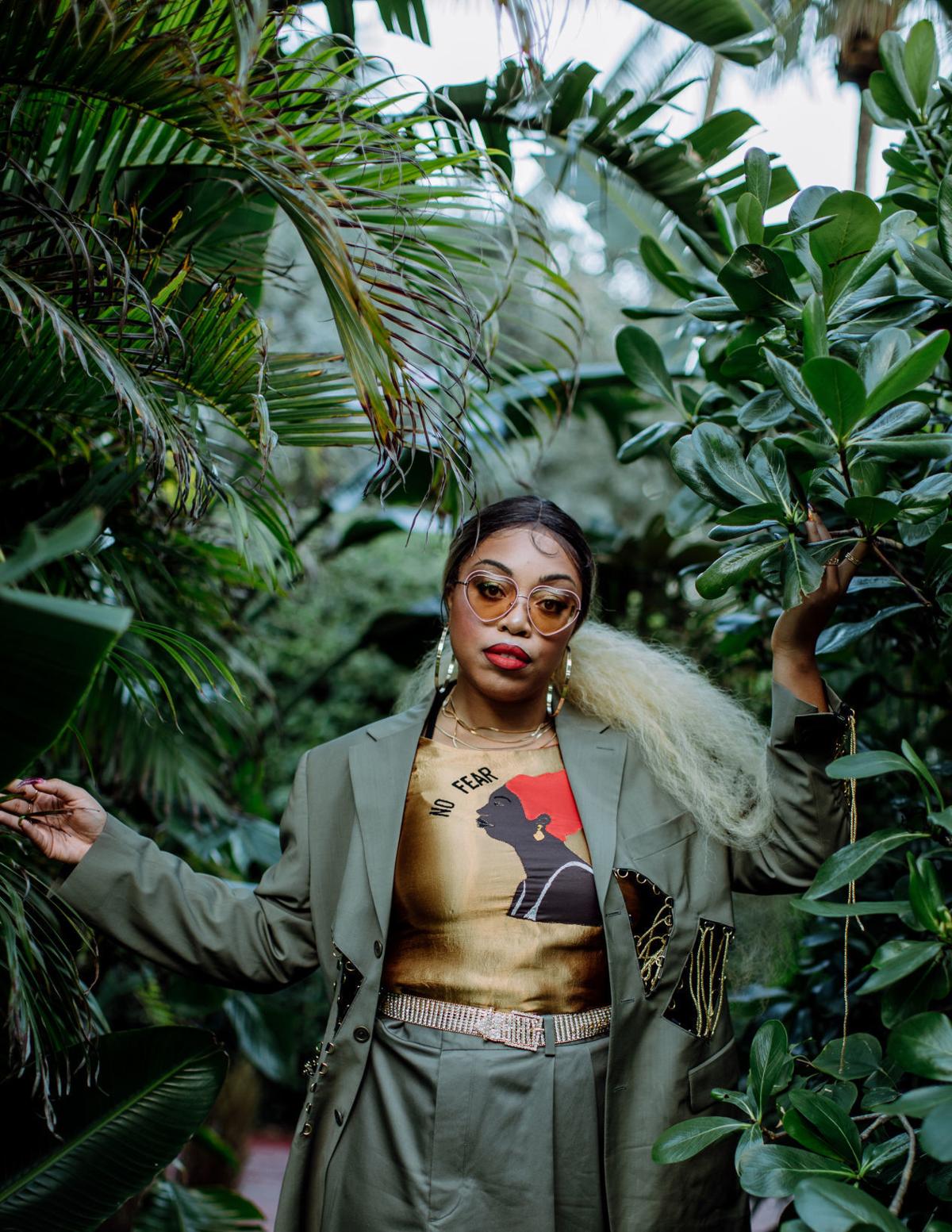 In the mainstream industry, “There’s not a lot of room to find your own creative direction,” Suzi Analogue said. —The New York Times photo/Rose Marie Cromwell

The Black Lives Matter protests of 2020 put renewed pressure on the music industry to scrutinize its long-troubled relationship with race. It’s a business that has relied on Black talent onstage without investing in Black executives behind the scenes, a space where Black artists have been nudged into specific genres and ways of creating, a place where women and LGBT people of color have been even further marginalized.

None of this was news for Suzi Analogue. The 33-year-old Miami-based producer and label owner, born Maya Shipman, has spent most of her career carving out her own path — and offering alternatives to others looking to avoid being put in a box.

Chatting from her multimedia studio filled with widescreen monitors, tape decks and keyboards in Faena Forum, where she’s an artist-in-residence, it didn’t take long for Analogue to articulate the core of her mission: “Access to capital is a must for Black music in the future, especially for creative and cultural organizers who happen to be women, who happen to be queer,” she said in the first of two lengthy video interviews. (She happens to be both.) In this vast, sunlit space, Analogue creates electronic dance music that centers on high-speed drums and obscure audio samples — an idiosyncratic sound that’s equally of-the-moment and forward-looking.

“Listening to her music makes me feel like I’m in Tokyo for the first time,” said producer Ringgo Ancheta, a noted figure in the underground beat scene known as Mndsgn. “It has that same glamour to it, like a raw glamour. It’s like if Sun Ra was a woman who dropped acid a lot and went to raves.”

Because she makes distinctive music in spaces historically reserved for white men, Analogue still flies beneath the mainstream radar, despite a stacked résumé — a decadelong list of critically acclaimed mixtapes and collaborative albums. Through Never Normal Records, the imprint she created in 2013, she not only releases her own hard-to-describe work, but is also providing a platform for other like-minded artists to do the same.

In the mainstream industry, “There’s not a lot of room to find your own creative direction,” Analogue said. “People will say, ‘Oh, we don’t know how to market that.’ That’s a blanketed term for discrimination and racism in the music business.”

Analogue’s interest in music started early and originated in several regions on the East Coast. Her family relocated from Baltimore to Quincy, Massachusetts, when she was a toddler, and after her parents split, she and her mother moved to Prince George, Virginia, 30 minutes south of Richmond. Her father is from the Bronx; in the summer months, she’d visit him there and was exposed to hip-hop culture firsthand. “So growing up, it was nothing to hear music from everywhere,” she said.

In elementary school, she made friends with military kids who had moved to Prince George from countries like Japan or Germany, and they introduced her to their local music. As a second grader, she and a few other girls bonded over a shared love of R&B trio TLC and “started a little music group and sang at our class assembly at the end of the year,” Analogue said. “I think we sang Boyz II Men. But it was me, I was putting it together.”

Even as a child, she knew she didn’t want to be just a singer or just a producer: “I think I always felt like I had a mind to do more, like ‘I don’t want to just sing somebody’s song, I’ll sing my own song.’” During the day, she sang R&B and opera; at night, she listened to local rap on FM radio.

Analogue was a preteen when two other Virginia residents, Missy Elliott and Timbaland, started making waves. Other early influences included locals like Teddy Riley (who moved to Virginia Beach from Harlem) and Pharrell Williams; they all made progressive R&B and thrived commercially despite living outside the major cities known as funnels to the industry.

After high school, Analogue went to Temple University in Philadelphia; enticed by the community there that had grown out of the website and message board Okayplayer, she wanted to connect with more like-minded creators away from the South. She started making beats after friends gave her music production software, and later adopted an artist name that’s a nod to RZA’s alter ego, Bobby Digital.

“They knew I made songs mostly for school and church,” Analogue said. “I just would make what I could with downloading. I remember I downloaded speeches, like Malcolm X speeches from Napster. And I’d try to put a little jazz sample with it.”

That was her first foray into the patchwork production style she’s known for today. Analogue created a Myspace account and started sharing her music online, which caught the attention of Glenn Boothe (known as Knxwledge), then an upstart in Philly who’d become one of the most popular beatmakers in underground music. The two became fast friends. “We were just trying to find our own waves,” Analogue said. “I secretly got my own apartment, because being an only child, I couldn’t do the dorm thing. It was good because I was able to have the crib where people could come through and lab out.”

Ancheta was living in southern New Jersey; he traveled to Philadelphia to make music with Knxwledge and Analogue in a collective named Klipmode after chatting with her online. “Suzi’s music had these crazy chord progressions,” Ancheta said. “Everything had this weird blend with organic textures; there was something a little loose and off about it.”

Analogue’s sound has always had a global flavor and appealed to listeners overseas — its offbeat time signatures and stacked drums are well-suited for dance floors in West or East Africa — and in her early 20s she released work on international labels. But she has never connected with the industry at home.

“I never tried to get a major U.S. deal when I started releasing tracks, for many reasons, but a big one was that the music I was making was being valued more outside of the country it came from,” Analogue said. “Some sniffed around but I just couldn’t get serious about waiting around for them to ‘get it.’”

She started Never Normal Records out of necessity: “I would say many of my musical male counterparts did receive help to release music before I did. When I saw it happen, I would just continue to build what I was working on.” As a result, her label is a safe space for musicians to buck industry notions of what their work is supposed to be. Acts like the multidisciplinary artist Khx05 and EDM producer No Eyes have free rein to be themselves.

“It could be jungle, gabber, ghetto house, trap, everything. This is all Black music, Black heritage, Black culture, and Black traditions,” Analogue said. Despite those Black roots in many strains of dance music, Analogue said she has faced discrimination in the genre. “Electronic music is severely whitewashed,” she said. “Everyone who is not white is treated like an anomaly.”

The biases extend beyond color lines. “As women, we all go through it,” said the experimental producer Jennifer Hernandez, who records as JWords and released her “Sín Sénal” EP last year on Analogue’s label. “In the beginning, I’d be on these bills and all these guys were a little uncomfortable,” she said.

While her label has helped her profile rise, Analogue knows her work is far from done. This year, she’s starting a project that unites producers from the African diaspora with beatmakers in Africa to make new tracks. She’s also planning to release new music and visual art from other unconventional Black creators while remotely teaching music education workshops in Ghana as a cultural diplomat for the U.S. State Department.

“Music has always been about the people,” she said. “It’s always been an instrument of connection.” As a Black woman, Analogue added, she knows exactly how it feels “to feel like there’s no place for me. I want to show other artists that there will always be a place for you.”