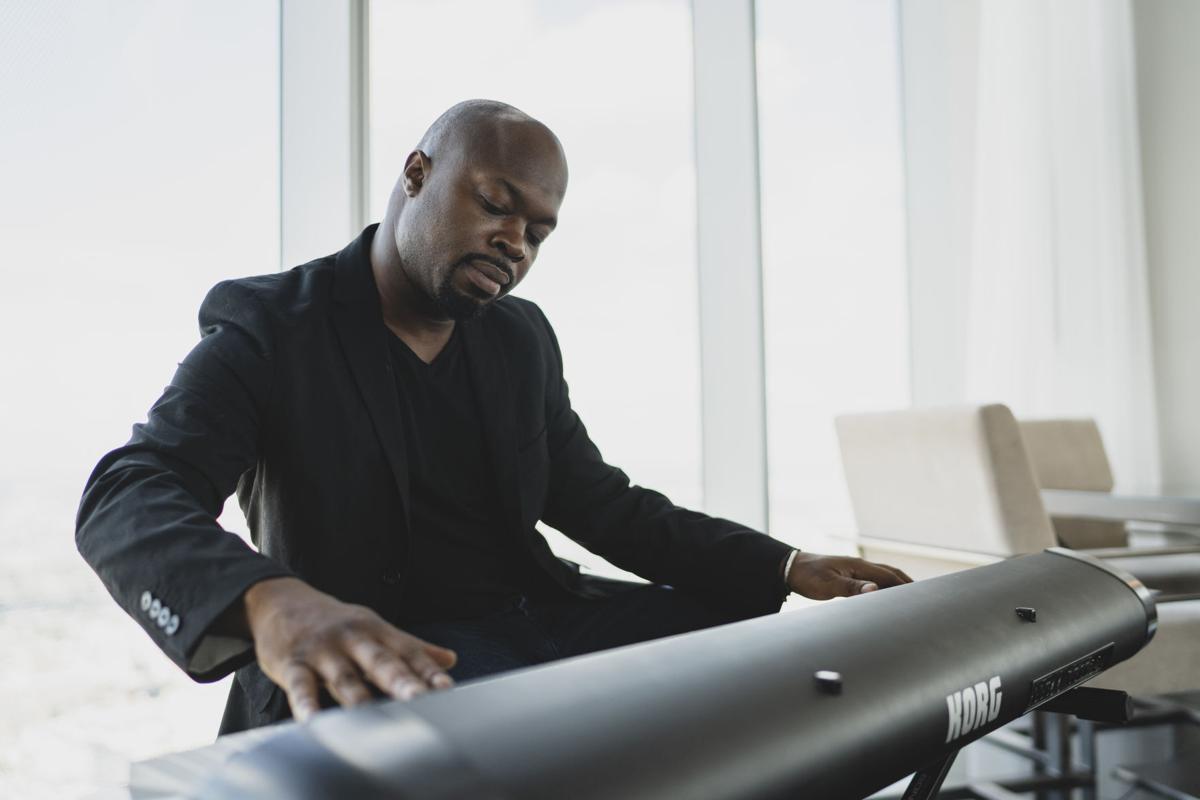 Jazz pianist and Philadelphia native Eric Wortham II, used to sneak out to go to Chris’ Jazz Cafe as a teen, now he’s fundraising to save the venue. 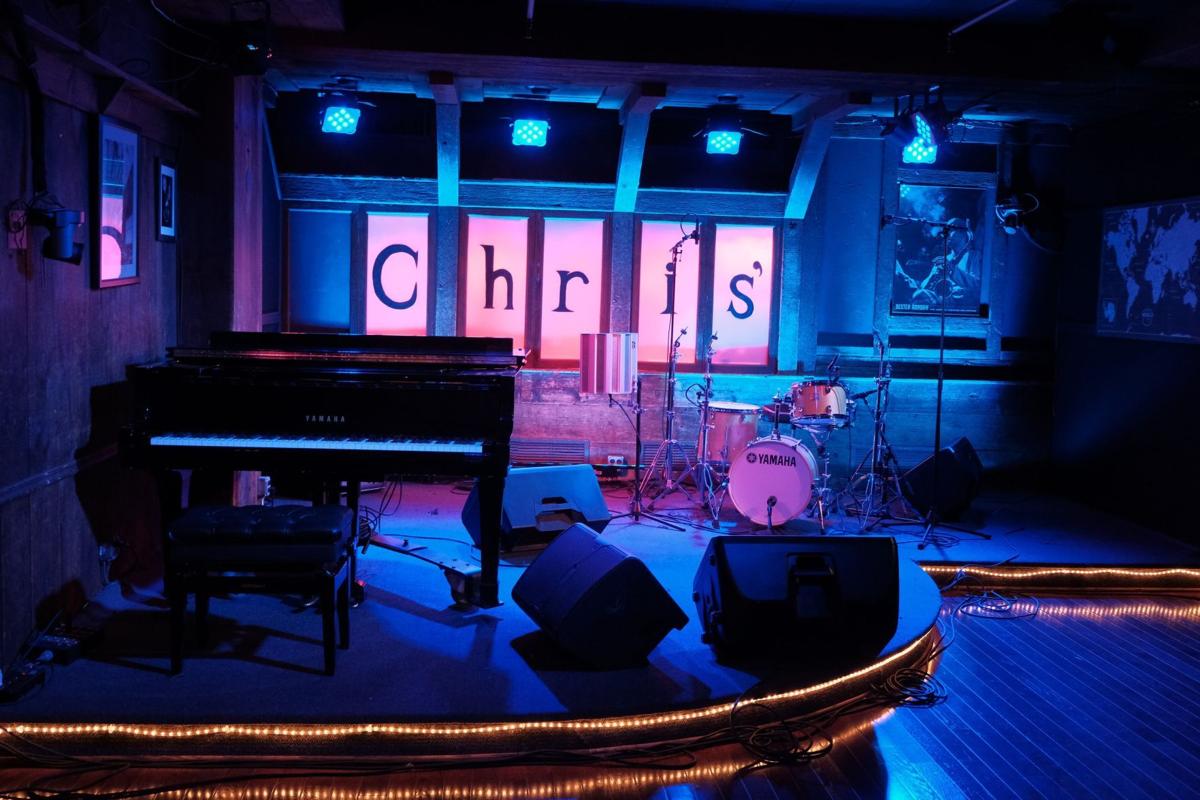 The pandemic could finally mean curtains for the longest operating jazz club in the city of Philadelphia. —Submitted Photo

Jazz pianist and Philadelphia native Eric Wortham II, used to sneak out to go to Chris’ Jazz Cafe as a teen, now he’s fundraising to save the venue.

The pandemic could finally mean curtains for the longest operating jazz club in the city of Philadelphia. —Submitted Photo

Jazz pianist and Philadelphia native Eric Wortham II, used to sneak out to go to Chris’ Jazz Café as a teen. Coming from a religious household where his parents were preachers didn’t mesh well with their son frequenting jazz clubs but the musician said the venue holds some of his best memories and it’s worth saving.

“When I was finally old enough to perform at Chris’ Jazz Café, I was still afraid to get on the stage because the music was just so powerful. I signed up but went to the back to play pool. I was beating this one guy and he asked my name. Come to find out it was (musician) Luke O’Reilly. Talking to him, I felt like I had an ally. That was the first night I sat in on a jam session and I’m glad that I did,” he said.

Wortham has worked with Jill Scott, Vivian Green, Kindred the Family Soul and even Adele over the years. He and his band are part of a fundraising campaign to save the city’s long-running jazz club, which has been struggling to stay open thanks to the pandemic.

He is one of the first big-name artists that agreed to be a part of a livestream show on Thursday, Dec. 17. There is no set ticket price for the show but a donation is required. Other fundraising efforts include a GoFundMe page. Chris’ Jazz Café owner Mark DeNinno is trying to do what he can to keep the music playing at 1421 Sansom St.

“This GoFundMe is our last-ditch effort to continue to offer jazz, but sadly we may now face the same fate of more than hundreds of restaurants in the city that have already been forced to close this year,” DeNinno said. “Without additional support, our legendary club is in danger of closing forever, which would be a tremendous loss to the Philadelphia arts community.”

“It will be a huge loss for the city, a city with such a rich history in the jazz art form. Some of the greatest icons of all time are from this city and have played in some of the buildings that are no longer standing and that in and of itself is sad,” the musician said. “For Chris’ to add to that will be a massive loss for the city of Philadelphia and it’ll be a huge loss for the up-and-coming players. They won’t have a place to sharpen their knives, practice their voice and their identity on stage in front of an audience that is appreciative of the art form.”

He said part of what makes places like Chris’ Jazz Café so special is the sense of community they create for artists.

“That one word in the name of the club, jazz, that means something. It means that it’s a place that is specifically opening up his doors to the art form of jazz. To not have an environment where other like-minded individuals would come and offer a source of family and support, as well as information, would be a massive detriment,” Wortham said.

The Philadelphia High School for Creative and Performing Arts alumni said he’s had a taste of what life without jazz could be during this pandemic.

“The pandemic has been extremely difficult because there has been no outlet for us to communicate, the whole essence of music in general, especially improvised music like jazz is the camaraderie and relationship that is established on the stage. To not be able to do that during the pandemic, it’s almost as if part of my personality, the largest part of my personality has been muzzled,” he shared.

Thanks to the pandemic, the future of live music looks uncertain but there are hopes that jazz and venues like Chris’ Jazz Café will weather the storm.

“The future of jazz will ultimately depend on how well the club owners, musicians and patrons adapt to change. And hopefully, with the advent of technology, like the livestream, more people will tune in and donate to these artists and these lovers of this art form, to not only keep it alive but to help us get into whatever is the next generation,” Wortham said.

For the past 15 years, Philadelphia’s National Liberty Museum has recognized the Philadelphia area’s first responders during their annual Awar…

Generally, for a book tour, author and activist Michael Eric Dyson would spend months on the road living out of a suitcase, but to promote his…

For the past four years, WURD, the only African American owned and operated talk radio station in Pennsylvania, has presented its Empowerment …

'Tis the season to buy Black during the holidays

For Kirra Clark, a busy mom of six and owner of Kirra’s Cakes and Beyond, the decision to join one of Philadelphia’s many pop-up markets was a…

Actor Michael Ealy has some advice for his character, Derrick Tyler, from his latest film, “Fatale”: “When cheating on your spouse perhaps you…

Comedian Craig Robinson is a man of many talents. Not only can the funny man sing, but he plays the piano as well. Starting this Sunday, Dec. …