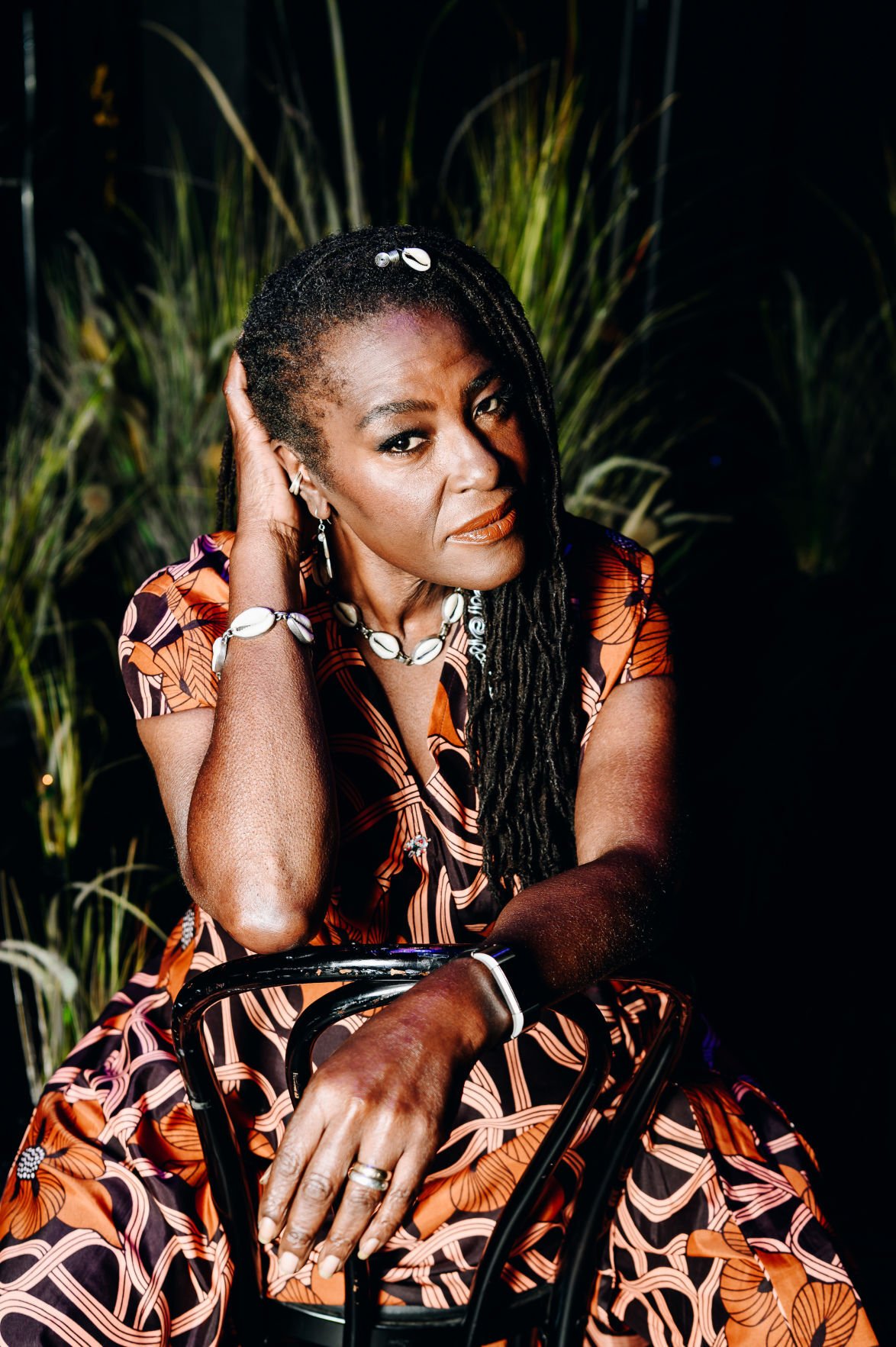 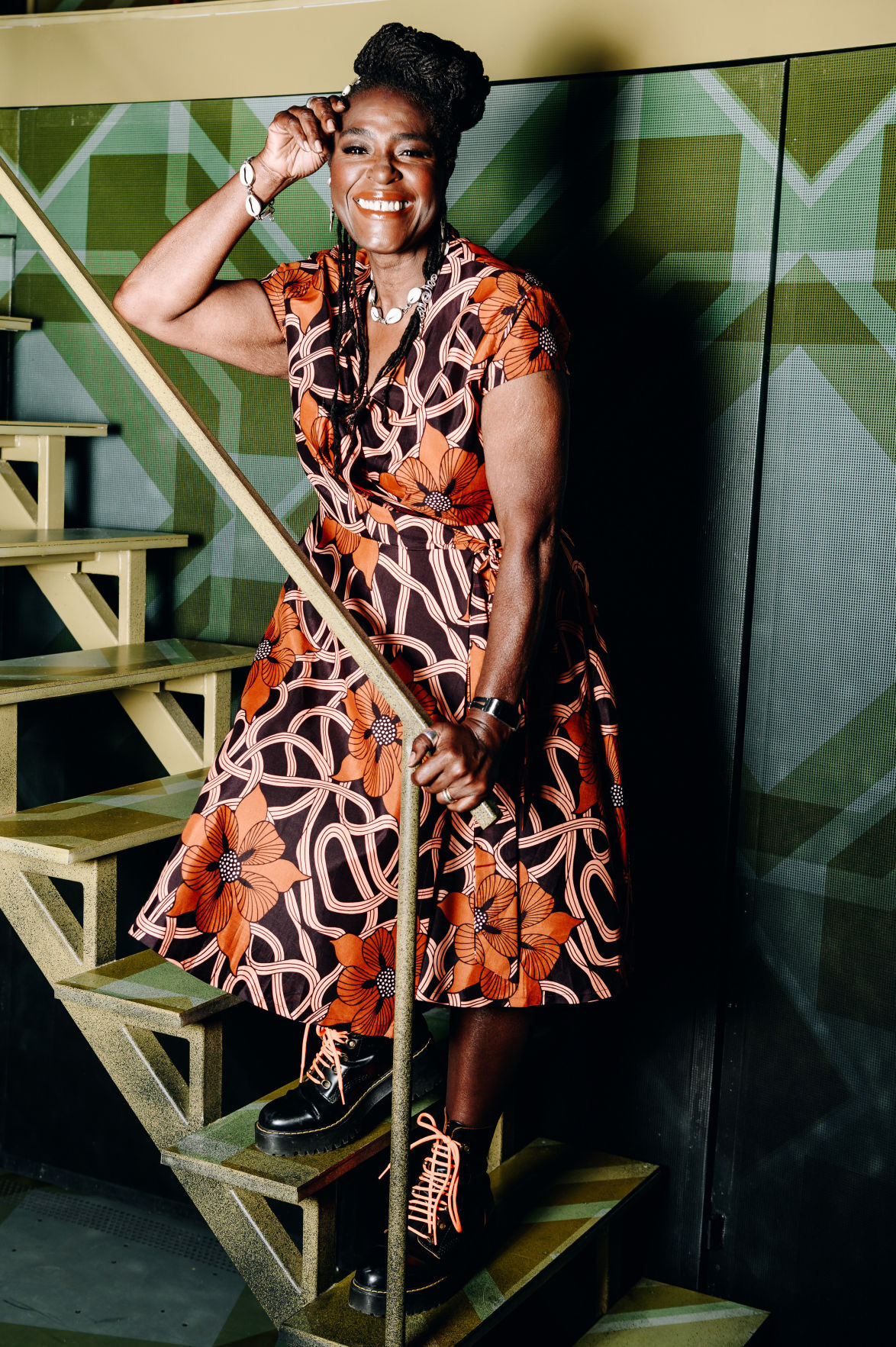 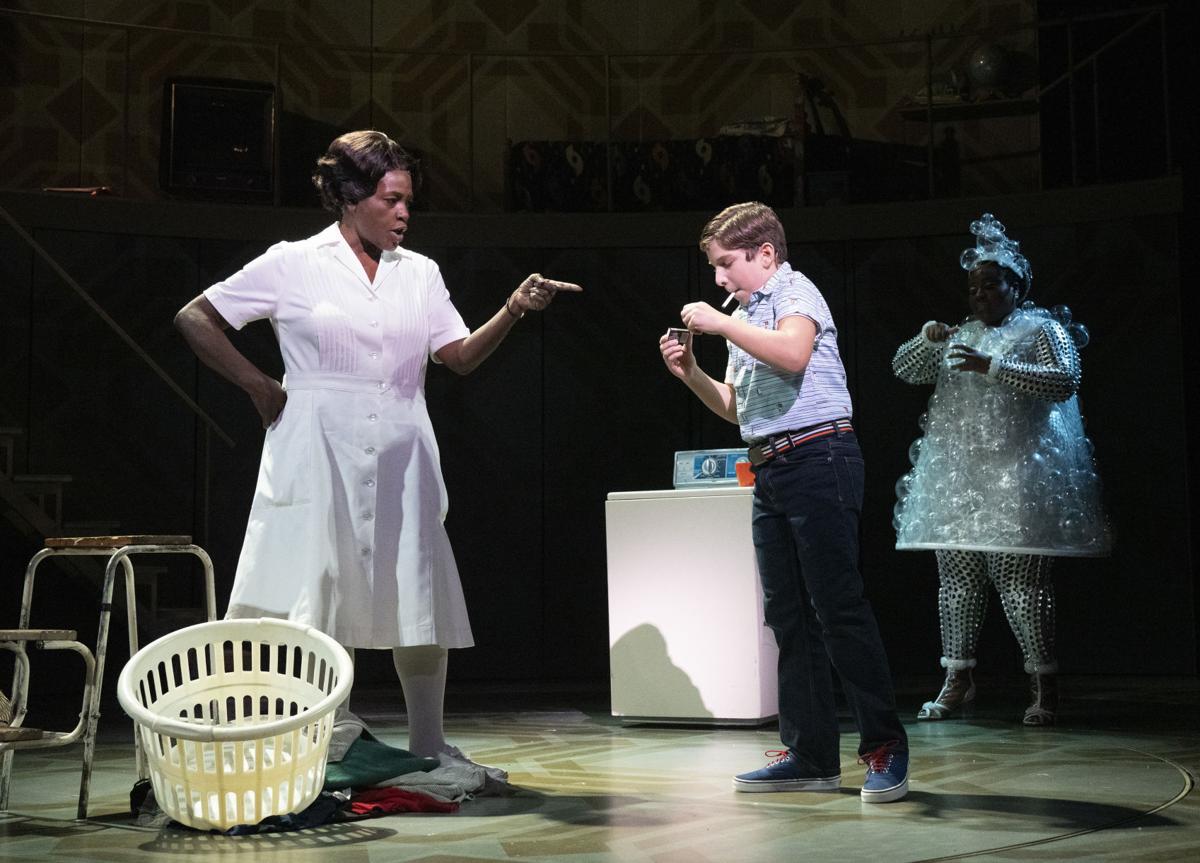 Clarke has, it’s true, an enviably glamorous career. Exhibit A at the moment is her title role in Tony Kushner and Jeanine Tesori’s musical, “Caroline, or Change,” at Studio 54. But that’s no buffer against waking alone too early in a strange bed, not yet adjusted to the time difference between New York and London, or making your Broadway debut without the love of your life in the audience, her perfect two-decade record of being there on your shows’ first night ruined by a COVID travel ban.

“To be on Broadway and to not have my wife, and to not be able to share that with her, was hard,” Clarke said the day after the first preview of “Caroline,” her eyes welling above a chic purple mask. “Because there’s so much joy in that, you know?”

In fairness, she had been talking animatedly for an hour and a half before she let any tears fall, and then only because she was still so moved by a visit the night before from a friend: Wendell Pierce, who played Willy Loman to her Linda in “Death of a Salesman” in London in 2019. He flew in from Louisiana to see the performance and surprise her afterward, knowing that, in the absence of her wife, she would need someone else in the audience who loved her.

Clarke’s turn as Linda Loman won her the most recent of her three Olivier Awards. Her second, the year before, was for playing Caroline Thibodeaux in “Caroline, or Change,” a role she has lived with since Michael Longhurst’s 2017 production at Chichester Festival Theater.

It moved to London, then into the West End. There, Ben Brantley wrote in The New York Times, the show achieved “the titanic dimensions of greatness,” while Clarke delivered “a climactic aria that seems to shake the theater’s very foundations.”

“Caroline’s a big sing,” Clarke said, casually understating the scope and intensity of the role’s vocal demands. When the show was new, Kushner worried that no one but Tonya Pinkins, the actor the part was written for, would ever be able to do it.

“Sharon is a genuinely great artist,” Kushner said. “Both Jeanine and I felt, immediately when we saw her at Chichester: OK, we have to get this performance over to New York. People have to see it.”

So over Clarke came, to re-create Longhurst’s production with an American cast for Roundabout Theater Company — the first Broadway revival of a musical whose original run, in 2004, lasted only 136 performances. In March 2020, the show was a day from its first preview when the industry shut down.

In Clarke’s experience, the fullness with which Caroline is written makes her unique among Black female lead roles: “an ordinary citizen” — not the subject of a bioplay, or a character who is an entertainer — depicted with nuance, complexity and a deep well of emotion. A divorced mother of four in 1963, Caroline works as a maid for the Gellmans, a Jewish family in Lake Charles, Louisiana. Doing laundry in a basement “16 feet below sea level,” as the opening song goes, she earns too little money to keep her own family above water.

Noah Gellman, an 8-year-old missing his dead mother, Betty, worships Caroline. In Clarke’s invented back story, Caroline and Betty used to smoke cigarettes together in the basement, and Betty is the one who bought the nice washing machine, to ease Caroline’s workload.

But Rose, Noah’s new stepmother, can’t even get Caroline’s name right. She calls her Carolyn.

“I remember doing a Q&A, and funny enough, it was with some Americans in London,” Clarke said. “And the white woman said to me something like, ‘Well, we didn’t quite understand why Caroline was so mad at Rose.’ And I was like, OK. Wow.

“I said, ‘You work with someone who never calls you by your name. Never. How does that make you feel? And this is a new person coming into a household who thinks it’s all right to just call you what the hell they think your name is, and she’s supposed to be grateful for that, and you don’t have a problem with that? That’s not something that’s occurred to you?’ ”

It is especially important to Clarke that the audience has the full length of the musical to understand the myriad reasons for Caroline’s mostly suppressed rage, so “people didn’t come away just going, ‘Oh, angry Black woman.’ ”

“Every time Rose calls her Carolyn, I make her flinch,” Clarke said. “Every time.”

The daughter of a seamstress and a carpenter, Clarke sees playing Caroline as “a chance to honor all maids, all women, all single mothers, all Black women trying to make their way through this life.”

Racism and the accelerating fight for civil rights are central themes in “Caroline, or Change,” whose Broadway premiere was directed by George C. Wolfe and starred Pinkins in the title role, with Anika Noni Rose as Caroline’s fiery teenage daughter, Emmie.

Tesori, who said Clarke is “a beautiful collaborator,” is struck by a particular quality she believes Clarke and Pinkins have in common.

“These women who take center stage,” she said, “I always feel like they’re incredibly fragile and incredibly enduring. There is something about their ability to go what I call DFC, down (expletive) center, and own it. There is no question about whether they should be there.”

Kushner based the show partly on his own childhood in Lake Charles, and Caroline loosely on Maudie Lee Davis, who worked for his family and gave him permission to dedicate it to her. Out of all he has written, he said, “I think it’s my favorite thing.”

He was in London for rehearsals of “Angels in America” at the National Theater in 2017 when Longhurst invited him to what he said would be a very rough run-through of the first act of “Caroline.” He warned that Clarke, who was starring in a West End show at the time, would not be singing full out. Yet Kushner, then new to her work, thought it was “one of the most electrifying performances I’ve ever seen.”

“She has this sort of adamantine presence onstage. And that weird ability that great actors have to sort of say, ‘OK, now you’re all going to feel this because I’m feeling it,’” he said. “I’ve never seen her not be completely present and putting herself through the very difficult things that the part requires, not just vocally but also emotionally.”

Longhurst, who called Clarke “a deep joy,” said that in the Chichester production, she would not start rehearsing until she had hugged everyone in the room.

“Less than a week in,” he said, “she had the full company just in awe of her and, you know, led with love. That’s how she does it.”

Such personal warmth helps when the musical, in his phrasing, “goes to an extreme place” with an explosive confrontation between Caroline and Noah, a role shared by three boys who alternate performances. Clarke’s connection with them is vital.

“The kid has to sort of feel safe to say those things to her and know that she knows that it’s acting,” Longhurst said.

But it’s a fanciful show, too, where Caroline’s appliances come to life, and her children end Act One with a sweet, infectious fantasy number involving a singing moon.

Because of growth spurts and cracking voices, “Caroline” had to replace some of its child actors post-shutdown. But Clarke knew throughout that she had the show to return to — which she said made a “ten thousandfold” difference to her mental state amid the industry’s dormancy.

After a few months back in London with her wife, Susie McKenna, a director, Clarke started getting voice-over work, which took the pressure off creatively and financially.

“It’s a hard thing to say to people, but lockdown? I really enjoyed it,” she said. “We’ve just been able to cook and dance around the kitchen and live.”

They took weekslong trips to their house in Spain, and for the first time they didn’t have just one day off at Christmas in a calendar crammed with shows. (They met, in 1999, doing a “Cinderella” pantomime.)

So last month, when Clarke came back to “Caroline” — after she and some British members of the creative team endured a visa-approval delay so lengthy that Roundabout asked Sen. Chuck Schumer’s office to intervene — she felt refreshed, if not “match fit for eight shows a week,” she said.

“It’s just like being a tennis player and not having a match for a year and a half, and then going, ‘Oh, I’ve got the big match with Steffi Graf today!’” she said. “You kind of have to build back up that stamina, and you can only do that by doing the show.”