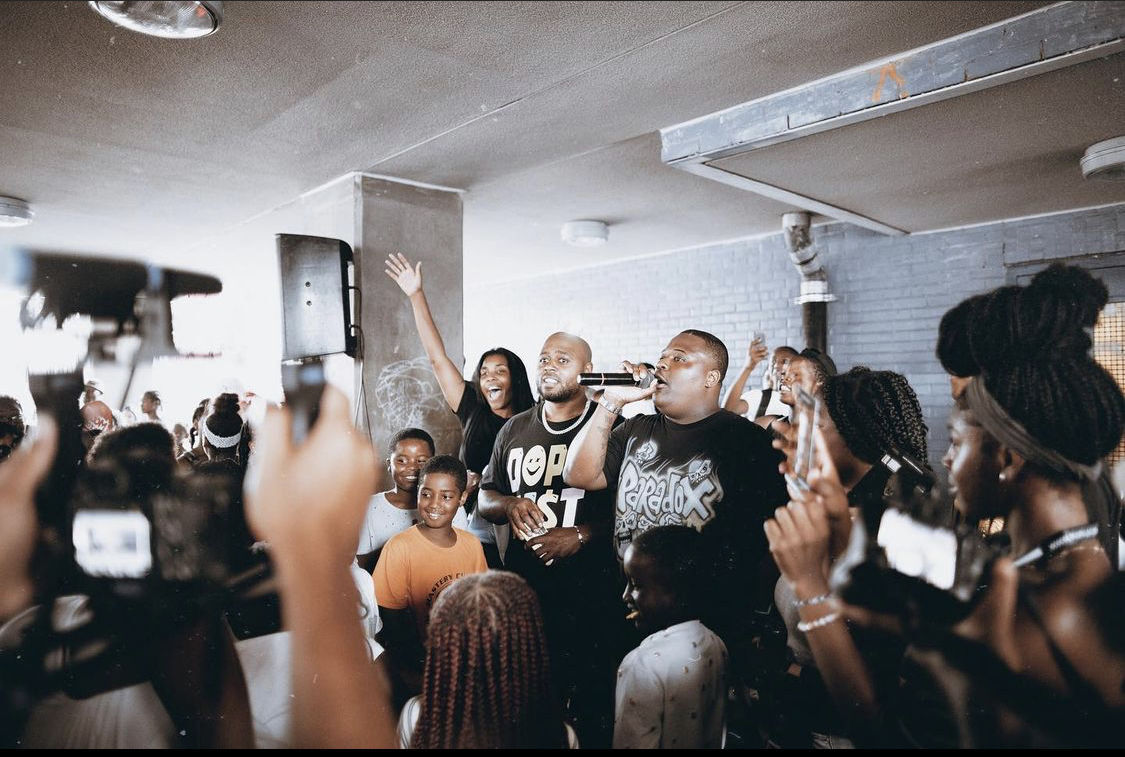 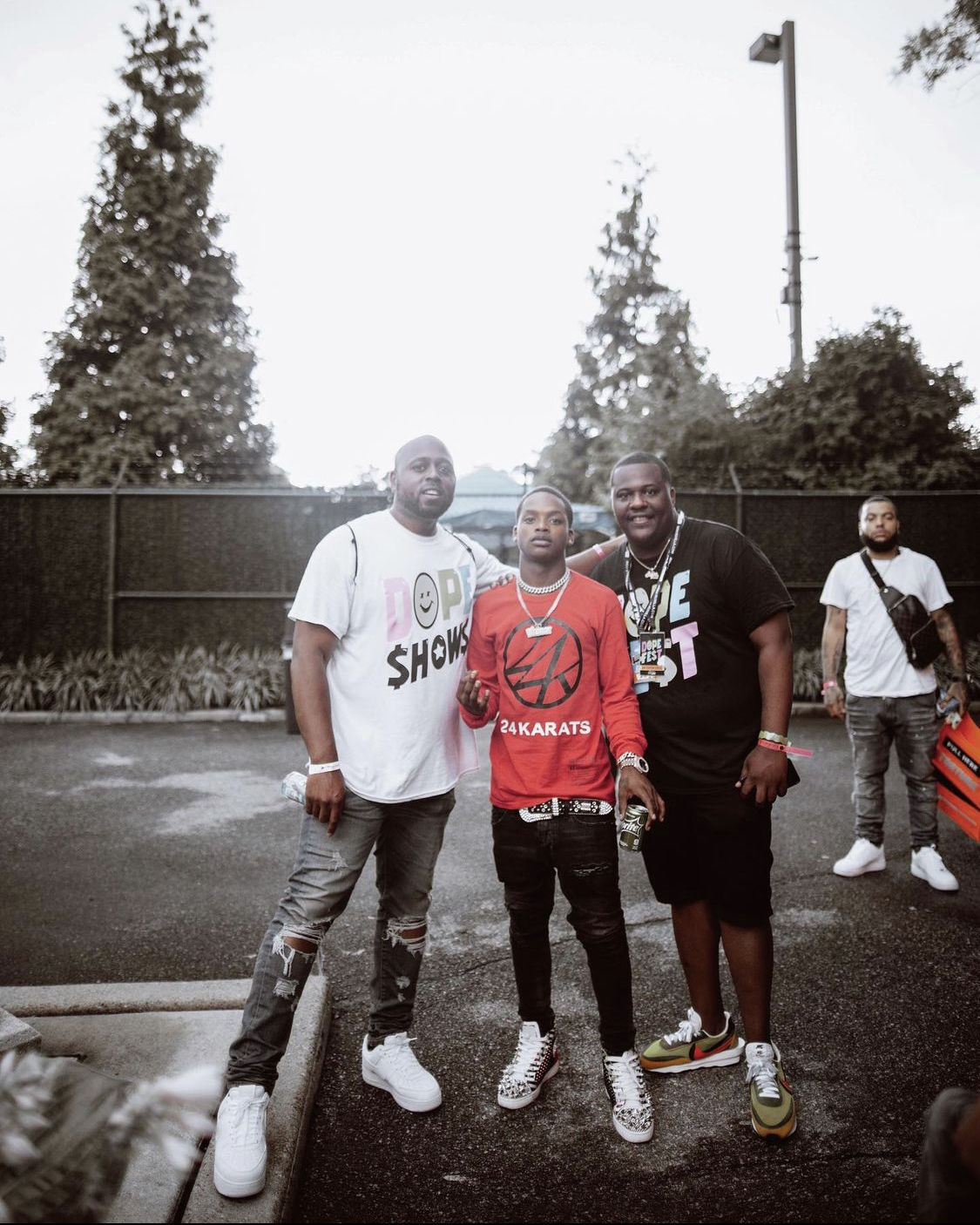 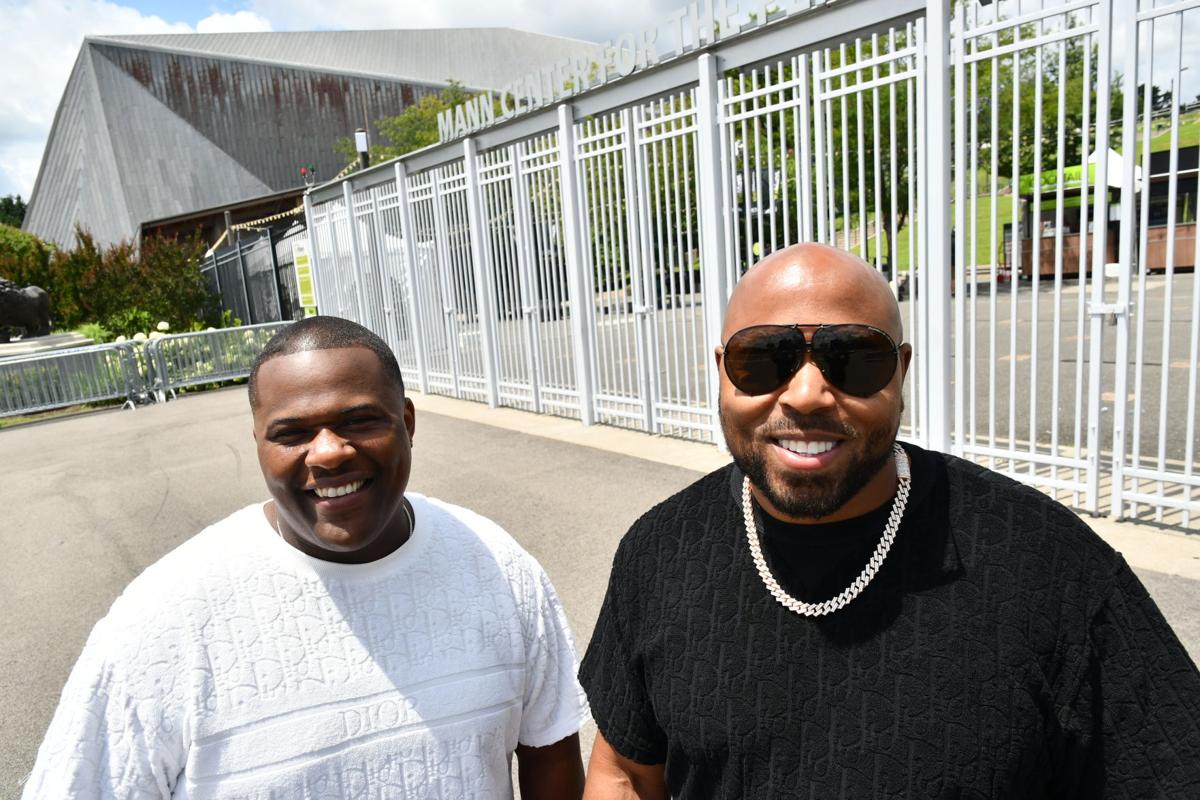 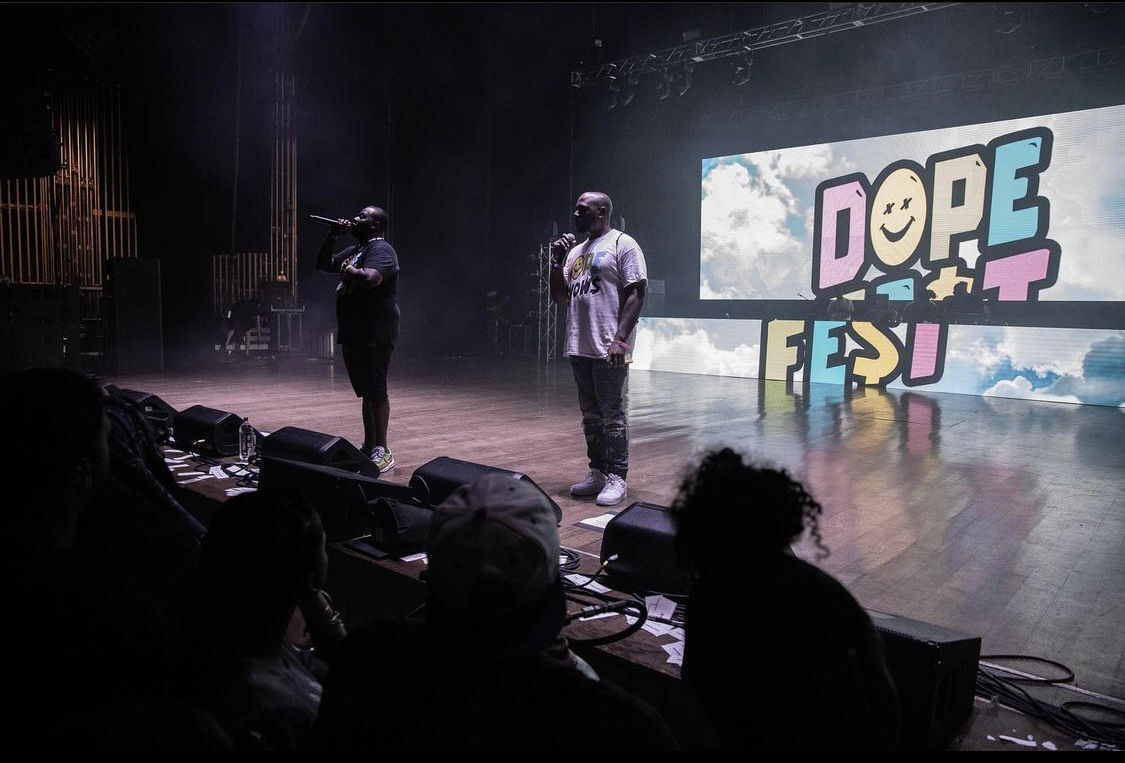 Dope Shows is bringing live hip-hop music back to Philadelphia.

Dope Shows will be hosting Chicago rapper Lil Durk with special guests Wallo267, Pastor Carl Day and rising artist from Philadelphia, Wapstar at the Mann Center for the Performing Arts on Friday, July 16.

Dope Shows founders/producers Jamir Shaw, 33, and Stephen Piner, 40, said they want to use this event to send a message of anti-violence to Philadelphia youth and support programs that focus on helping troubled youth.

“We realized that with the climate that Philly was in, we didn’t want to just go right back to trying to entertain people without having something to give back to the community because we know Philly needs it right now especially with the murder rate,” Shaw says.

That murder rate Shaw speaks of is one of the highest in the country. With the high number of violence and murder in the city, Dope Shows wants to help curb the killings. That is why they partnered with the community to spread positivity among youth to this concert.

Guest Wallace Peeples, better known as Wallo267, is a motivational speaker from North Philadelphia, who travels the country to speak in front of troubled youth and try to show them that there are other options in life other than running the streets and committing crimes. He is an example of someone that has turned his life around. Wallo spent 20 years of his life in prison on robbery charges. As soon as he came home, he took advantage of social media to preach positive and motivational messages to his followers. With over 7 million social media impressions weekly and weekly appearances on his popular podcast Million Dollaz Worth of Game, Wallo267 is a figure that young people admire, and they listen to.

Piner said that they were with Day an hour before the interview, giving away 30 free tickets to children in the community. “He comes from the hood like we come from the hood but he’s there every day on the ground with these kids ... He’s done a lot of great things.” Piner adds.

Shaw said Day is very committed to their mission.

The other musical act is Roc Nation artist Wapstar, who is originally from Philadelphia and starting to gain traction in the rap industry with his single “Bad Bitty.”

This event is expected to have about 7,000 people attend.

Dope Shows will be donating a portion of the proceeds from this concert to Pastor Carl Day’s Culture Changing Christians Inc. and Dimplez For Dayz, another non-profit organization that helps youth in Philadelphia find job opportunities and affordable housing.

Dope Shows is also partnering with the city of Philadelphia to give away over 100 tickets to youth in the city. The group said they will start an internship program through the city to help provide troubled youth opportunities to learn about career paths in the music industry.

“I realize I love music and I can be successful in the music industry, and I don’t have to be a rapper.” Shaw said. “These rappers are employing a lot of people, but the young people, they’re not chasing that. They’re not chasing to be Lil Baby’s road manager, or his tour manager, or his stage manager. They want to be Lil Baby, which is understandable, but it’s more to it than that.”

Hip hop has sometimes come under fire because of its use of violent lyrics. But Piner said the music reflects the reality of the streets.

“The artists, they’re just communicating what they see. They come from the same struggle.” Piner explains. “What’s going on in these neighborhoods isn’t always positive.”

He also said that hip-hop artists are creating jobs and providing opportunities to people.

“When (Lil) Durk comes into town, he probably has 10-15 people that ordinarily would have been on the streets of Chicago, but they’re traveling with (Lil) Durk.” He said Dope Shows wants people to find balance when discussing hip hop and highlight the positive side of the hip-hop industry instead of only focusing on the negative content.

The Lil Durk concert will be the first hip-hop concert in Philadelphia since the pandemic that shut down all live shows in the city. The pandemic put a hold on Dope Shows’ plan to produce the second Dope Fest. If they stayed on track, this July would have been the third installment of the Dope Fest series.

“For 14 months we’ve been sitting back still working, still planning ... we knew the sun was going to shine again one day. So whatever day the sun starts to shine, we want to be back outside and make people feel like it ain’t no shows like dope shows!” Shaw said.

Dope Fest is one of the few premiere hip-hop festivals that is hosted in Philadelphia along with Made In America and The Roots Picnic.

When asked about how it feels to be mentioned alongside event producers Jay-Z and The Roots, Shaw and Piner could not help but show gratitude and reflect on the growth of Dope Shows.

“I mean it feels amazing. It also feels like its super homegrown. I think that’s why people bought into the brand.” Shaw says. “Steph and I aren’t guys that just dropped off in Philly at our age now, like we (are) really from here. We (are) both from West Philadelphia. That means a lot to us, to even being able to do things at the Mann (Center).” Piner said. “Just looking back at the journey where we started and how we started, It was a concept and it was like you know, “the city needs something else”… Just to see it grow, it’s definitely been humbling, and we definitely appreciate the support that we got from the city!”