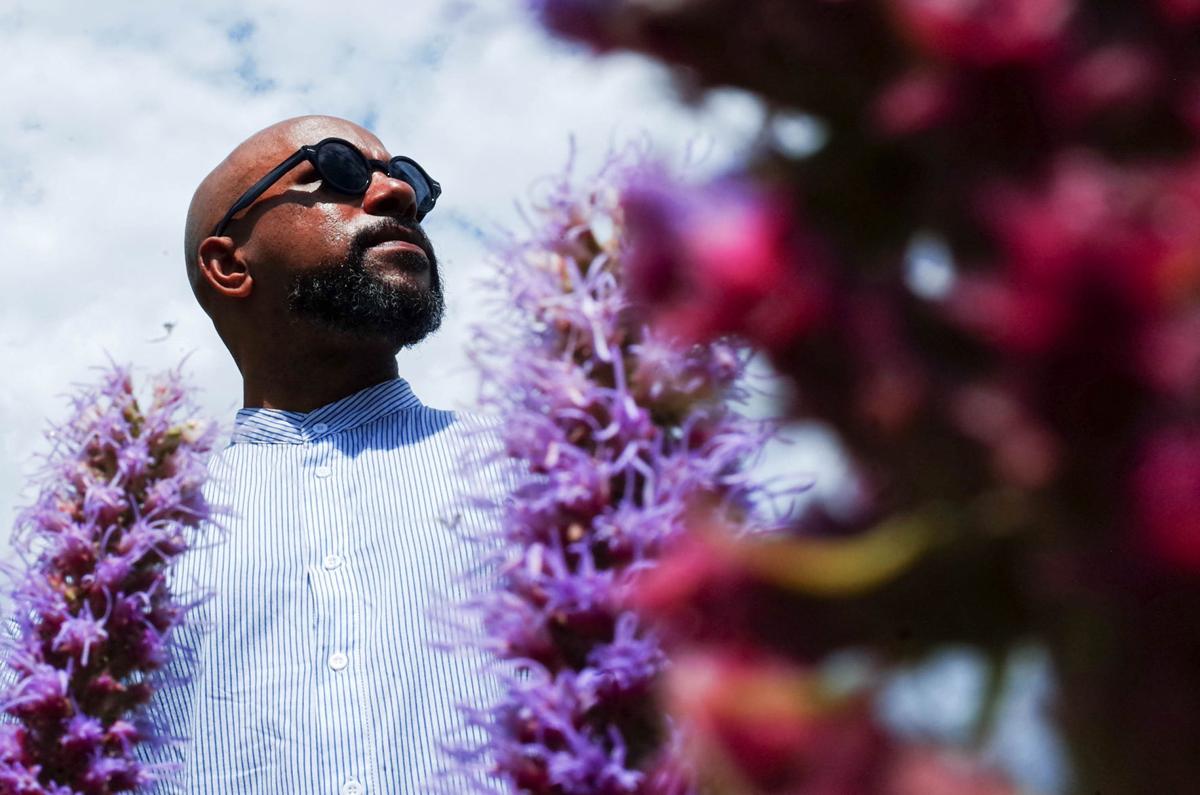 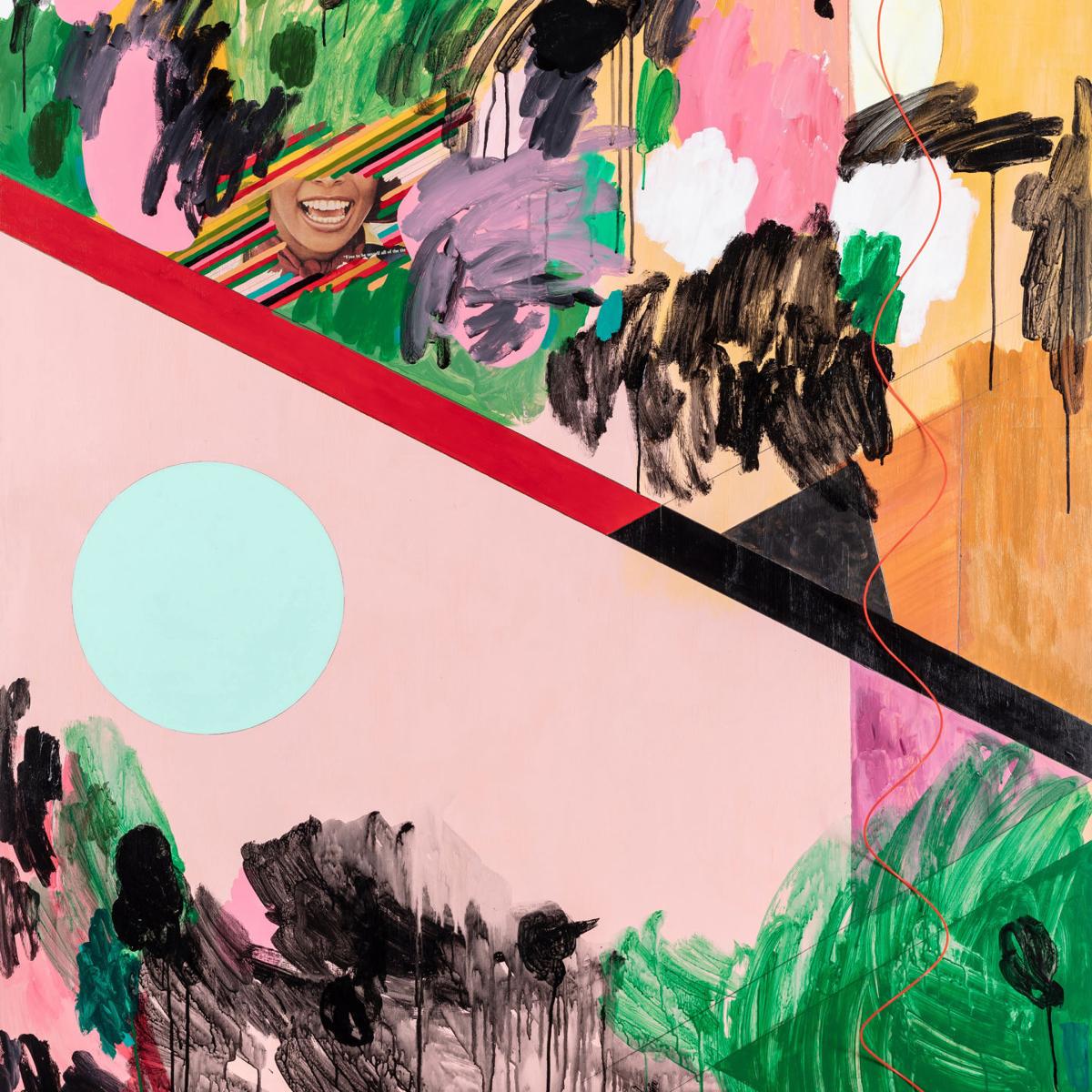 The album cover of “Open Arms to Open Us” by Ben LaMar Gay. —Photo: Ayanah Moor

The album cover of “Open Arms to Open Us” by Ben LaMar Gay. —Photo: Ayanah Moor

Ben LaMar Gay’s musical loves range far and wide. Steeped in the blues of his hometown of Chicago and an integral figure in his local jazz community, the cornetist and composer embraces a wide range of music, sounding it all through his horn across his vibrant, mercurial songs. And he also loves “The Alphabet Song.” Like, really loves it.

“Man, it’s the baddest s- — in the world!” he enthuses from a video call in his kitchen on Chicago’s South Side. “The end of it, ‘Now I know my A-B-Cs, next time won’t you sing with me?’ You’re inviting someone to learn the building blocks of communication. It’s so simple, yet so beautiful.” Such enthusiasm soon spills over into musings on the liberation of learning another language, how the body acts as a sonic resonator (“oxygen going through this machine!”) and his recent travels through Nigeria and Rwanda. More often than not, he refers to music as a portal to a new world.

The new “Open Arms to Open Us” leaps across all sorts of portals, dipping into the dawn of jazz right on through its vibrant present moment, with glints of woozy hip-hop, Prince-ly funk, wordless ululations, Tropicália and gospel yips thrown in for good measure. Fittingly, it also features Gay’s own version of an alphabet song, sung in Igbo by performing artist, choreographer, administrator and educator Onye Ozuzu. “It’s powerful to hear the alphabet of a different language, the things that build language,” he says. “Onye is half Igbo and didn’t even speak her father’s language.”

Despite over a decade on the Chicago scene, working with dance choreographers and as a member of the city’s venerated Association for the Advancement of Creative Musicians (AACM), “Open Arms” could be considered his first proper album. Previously, he had recorded some seven albums’ worth of music, “imagining that I had a public that would listen to it — and I really didn’t care if they heard it.” In 2018, International Anthem cherry-picked tracks for the far-ranging “Downtown Castles Can Never Block the Sun.” (The label has since made these full albums available online.)

Gay credits his musical magpie approach to his father’s record collection and loving that music. His father’s family goes back generations in the Windy City, while his mother’s family came up north from Alabama during the Great Migration of the 20th century. “As soon as he was gone to work, man, I’d get the JBLs cranking and just start exploring,” he says, adding that his father’s records became “portals for seeing the world and hearing the world.” He also learned by example, in that his father’s love for music expressed itself in informal jam sessions with friends and cousins on the weekend: “He gathered with his friends and had this festive environment for these amateurs to come drink, party, smoke and jam, and just make a sound together. People that work hard jobs, it’s like, all right, it’s Saturday. Saturdays were amazing.”

Gay, like many music-fiending kids of his generation, got into beatmaking first, before pivoting to trumpet in high school. About 13 years back, he switched to cornet. At a certain point, Gay became disenchanted with life in Chicago and decamped to Brazil, whose music had always served as “the first portal to the world, to the real world, outside of the bubble United States.” He fell in with local players and was reminded of his upbringing by the Brazilian notion of samba de mesa, of playing music “when everyone’s at the table, the vibe, the nucleus of the party is at the table.” He lived in Brazil for three years, until an invite to participate in the Red Bull Music Academy drew him back stateside.

That playful informality, that quality of playing with friends without being the focal point, continues through his solo work. It’s Gay’s name on “Open Arms to Open Us,” but he’s just as quick to cede the spotlight to a wide array of voices and instruments. George Lewis, the avant-garde jazz trombonist and tireless electronics innovator and educator, recently caught one of Gay’s shows.

“He performed on cornet and various electronic objects, but the piece was not about him standing out,” Lewis says. “Rather, he distributed sonic agency among the eight ensemble members and himself to produce a supple and limpid psychic counterpoint.”

Opener “Sometimes I Forget How Summer Looks On You” starts with a gurgle of synths and quicksilver drum rolls, Gay’s voice purring against the teeming backdrop, as nonchalant as a murmured bossa nova. But Gay is quick to add that he’s actually drawing on Chicago’s own blues tradition, always pulling and pushing against the rhythm. He credits fellow Chicago reedman Roscoe Mitchell and a comment he once made to him: “Don’t play on the 1!” It can feel at once like a jazz song, an old Organized Noize beat from the late ‘90s, or a wobbly pop tune without ever settling on a particular sound. As the song builds to a full boil and an array of sweet pop backing vocals entwine with his own, it bursts into an ecstatic looped shout of “Hallelujah!”

Gay says that song is about a family member (“a low-key dedication”) and most of the other songs on the album serve as portraits put into sound. Each song begins with an idea and whatever instrument is closest at hand. As he works, “sometimes I hear voices that I know, like friends and I place those voices in it and build from there,” he says. The assemblage of songs and textures has the feel and flow of a beat tape, never settling in one place for long. Only four of the 17 tracks stretch past the 3:30 mark. Field recordings, electronic squiggles and spoken word bits pop up often. The brief “Mestre Candeia’s Denim Hat” weds underwater blips and crisp snares to an unhinged synth solo, while “S’Phisticated Lady” could be lifted directly from a double Dutch chant on playground asphalt. It leads into the triumphant “We Gon Win.” Gay roves from the “jungle” cries of Duke Ellington trumpeter Cootie Williams to avant shrieks of the AACM to the stomp of an HBCU marching band, as he and backing vocalists incant the title.

His original intent for the album was to feature a live band, though the pandemic quickly dashed that idea, leaving him to build up each song layer by layer, sometimes with a full band, sometimes with friends sending in their contributions.

The British-Rwandan singer, actress, dancer and choreographer Dorothée Munyaneza first met Gay in 2018 when both were invited to Dance Gathering in Lagos, Nigeria. “We got to improvise together one night, him on the cornet and me singing in Kinyarwanda,” she recalls. “It was like he understood the rhythm of my language and the melody; it was a very powerful moment. He has a unique way of extracting sounds out of different types of instruments and objects that displaces me, moves me and inspires me every time.”

When Gay reached out to her to contribute vocals to the album, Munyaneza set up in a makeshift studio in her bathroom and recorded the vocals for “Nyuzura.” The title translates as “give me light” and Munyaneza sings it in her native tongue. “You’re hearing some real deep Rwandan culture in there,” Gay says enthusiastically. “She’s flowing in Kinyarwanda and then she sticks in a ‘yo!’ and it’s straight-up hip-hop culture. When you hear a “yo!” it’s South Bronx.” Fittingly, the plucked strings underpinning the track come from a citara Gay bought while traveling through Mexico.

In the notes that accompany the album rollout, Gay mentions a trip back to Alabama to visit his extended family, a great aunt noting while they walked across farmland that she could still hear the hammering of her late father out there, even decades on. That phantasmal sound, that subliminal beat, untethered to time but bound to the Earth, informed Gay’s approach to the album. “I’ve played in small villages in Western Europe, in Africa,” he says. “When you go to these small places, especially when you travel with sound, it makes you realize most folk cultures are the same. These people gather up instruments from their environment and try to imitate their environment. “

Ultimately, he sees “Open Arms to Open Us” as something for his nieces to discover when “they’re like 40,” never mind that they’re barely 6 now. The embedded snatches of Igbo, Kinyarwanda, the spoken word interludes and overheard conversations, held together by the voicelike tones Gay elicits on his muted cornet, all speak to an as-yet unnamed future: “When they get older and they become between 35 and 40 and they put this record on like, ‘Oh, that’s Uncle Benji saying this to me.’ It’s this little thing for these special people to catch on at a certain time when they may need it.”

It’s a transmission as simple and universal as A-B-C.