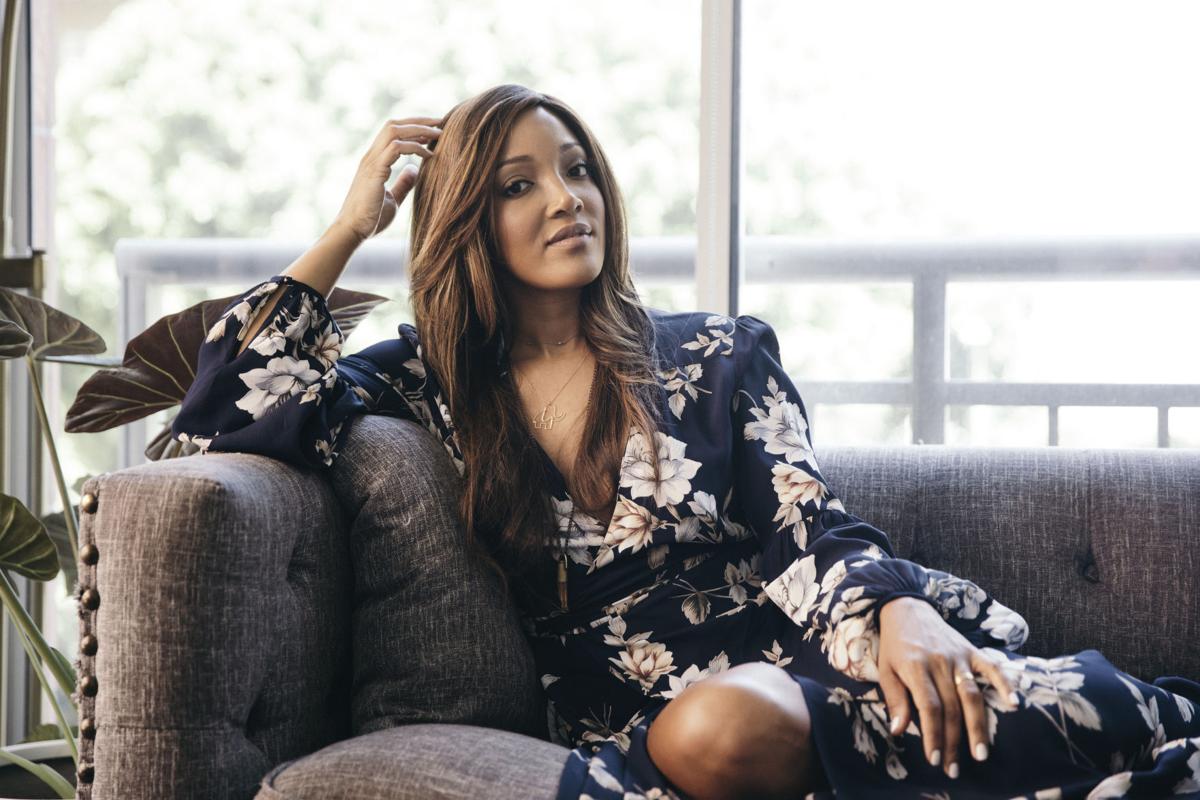 In this Aug. 3, 2020 photo, Mickey Guyton is photographed during a remote portrait session with the photographer in New York and subject in Los Angeles. —Photo: Victoria Will/Invision/AP, File 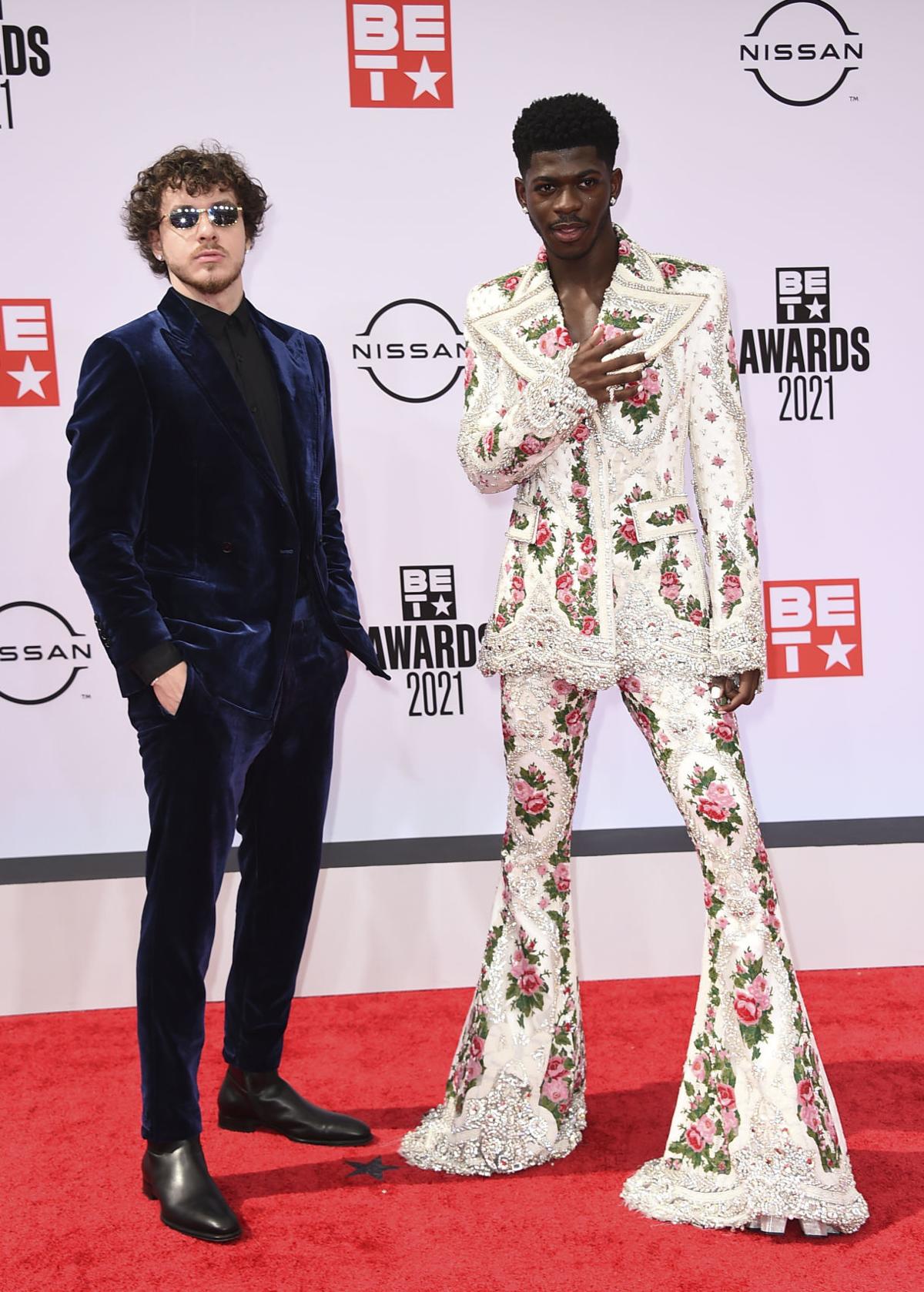 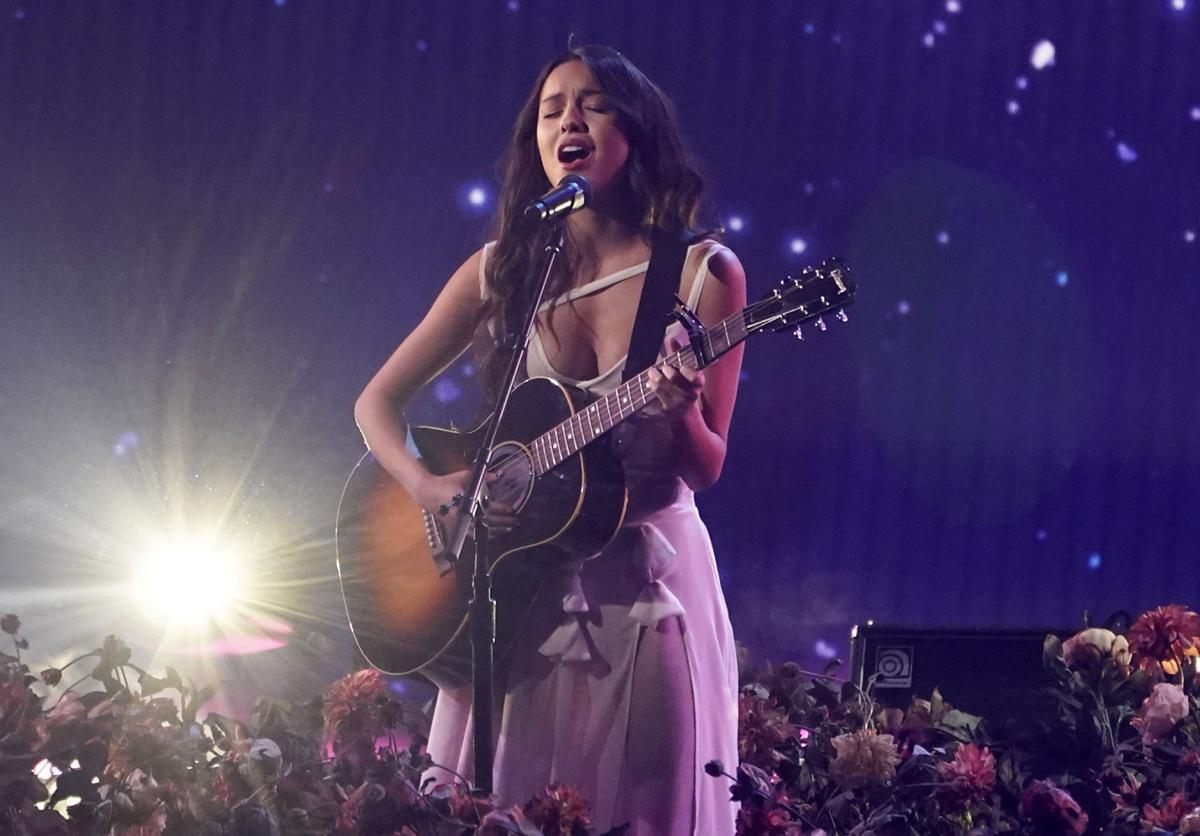 In this Aug. 3, 2020 photo, Mickey Guyton is photographed during a remote portrait session with the photographer in New York and subject in Los Angeles. —Photo: Victoria Will/Invision/AP, File

Ten of the best songs of the year, as selected by Associated Press entertainment journalists.

Justin Bieber was not happy with the Recording Academy last year when his “Changes” album was categorized as pop rather than R&B. But “Peaches,” featuring Daniel Caesar and Giveon from this year’s “Justice” album, not only doubled down on the R&B sound, but became one of music’s most dominant songs, debuting at No. 1 on Billboard’s Hot 100 and topping the global charts. It’s a feel good, two-stepping record that was needed as the coronavirus pandemic still forced much of the world to stay home. Some critics say Bieber can’t decide between being a pop star or an R&B heartthrob. However, what seems clear is that many times — even still in 2021 — the only difference between a pop song and an R&B record is the skin color of the artist singing it. — Gary Gerard Hamilton

Anyone who’s ever had their heart broken will feel how 18-year-old Olivia Rodrigo feels on this aching Grammy-nominated hit: “You said forever, now I drive alone past your street.” The power ballad broke the Spotify record for most one-day streams for a non-holiday song and spent eight consecutive weeks at No. 1 on the Billboard Hot 100. It also won Apple Music and MTV Video Music awards for song of the year. It reached No. 1 around the world, from Australia and Denmark to Indonesia and South Africa because it is angry, hurt, frustrated, loving, tearful perfection, complete with car chime. — Mark Kennedy

To anyone who thought “Old Town Road” was all you’d be hearing from Lil Nas X, he’s got this to say: “I told you long ago on the Road/ I’ve got what you’re waiting for.”

“Industry Baby” was one of the biggest hits of 2021 and for good reason. The track is the 22-year-old rapper’s victory lap after having one of the most talked about music videos of the year with “Montero” and having 11 songs from his new LP make Billboard’s Hot 100.

By continuing to be unflinching in his sexuality — “I don’t (expletive) (expletive), I’m queer” — Lil Nas X makes it clear that he won’t play by the established rules of his genre to make his way to the top.

His choice to feature Jack Harlow on a verse is also ingenious — as a 23-year-old from Kentucky, Harlow also feels like an underdog, allowing the two to revel in the fact that they made it, against all odds. From the infectious horns to the confidence oozing out of the verses and chorus, Lil Nas X is having fun proving doubters wrong and it’s hard not to have fun listening. — Ragan Clark

Kanye West’s “DONDA” made waves with several gems, but the most standout track that created the perfect storm was “Hurricane,” featuring The Weeknd and Lil Baby. With stellar production, the trio offer different perspectives of overcoming their own storms on the holy hip-hop track. The Weeknd harmonizes about his faith withstanding life’s obstacles while Lil Baby raps about losing close friends and repentance. After them, West alludes to his own infidelity and him being less judgmental. — Jonathan Landrum Jr.

The opening track of the debut album from girl in red, a Norwegian alt-pop singer-songwriter, pulses along a frenetic pace that reflects the impulsive thoughts of a mind unable to rest. “Dig deep, can’t hide, from the corners of my mind,” writes Marie Ulven. “I’m terrified of what’s inside.” The verses escalate into manic thoughts of self-harm and a rapid descent into madness until she’s just spitting out nonsense words. Written and co-produced with Billie Eilish’s brother Finneas O’Connell, the track crescendos with a pulsing beat and ends with an audio recording of Ulven speaking with a doctor. It’s a raw, unflinching inner look at that uncontrollable id part of our personalities. — Kristin M. Hall

“TO BE LOVED,” ADELE

While “Easy On Me” and “I Drink Wine” have gotten the most attention from Adele’s “30,” it’s “To Be Loved” that is the underappreciated standout of the album. There’s a rawness to the track that is rare for the singer. The 33-year-old’s powerhouse vocals usually sound polished, but in “To Be Loved,” her voice teeters on cracking.

Coming in at 6:43, tied for the longest song on the record, it’s clear Adele wasn’t positioning the song for radio. Rather, it acts as a cathartic release on the album. Coming out of a divorce, Adele acknowledges on the song that there is strength in loving and strength in leaving: “It’s about time that I face myself/All I do is bleed into someone else.”

The song finds Adele standing on her own two feet, vulnerable but leaning into the growth that her heartbreak will bring. “I’ll be the one to catch myself this time,” she sings. — Ragan Clark

The Lil Baby and Kirk Franklin tandem may seem like an odd combo. Lil Baby is known for his street rap lyrics, while Franklin built his legendary career on gospel music. Despite their different musical approaches, they form a strong duo on the inspirational Just Blaze-produced “We Win,” a song from the “Space Jam: A New Legacy” soundtrack. Franklin served as the hype man with a choir singing background while Lil Baby rapped about how prayer ultimately brought him through during a time when he felt cursed. — Jonathan Landrum Jr.

This blissful ’90s disco-pop throwback with a hip-hop heart earned three Grammy nominations for record of the year, song of the year, and best pop duo/group performance. The song by Doja Cat, featuring SZA, also won an American Music Award (collaboration of the year) and an MTV Video Music Award for best collaboration. “Kiss Me More” even surpassed Brandy and Monica’s iconic 1998 duet “The Boy Is Mine” for the longest-running all-female top 10 collaboration in Billboard Hot 100 history. If you listen close, you’ll hear a Gwen Stefani-ish refrain but also an interpolation of Olivia Newton-John’s “Physical.” But don’t work too hard, just let this steamy, smooth song wash over you. — Mark Kennedy

“LAY IT ON ME,” MICKEY GUYTON

There are so many gems on Mickey Guyton’s Grammy-nominated debut album that it’s hard to pick one, but what Guyton does with such excellence is open her heart and show empathy. “Lay It On Me” is in that sweet spot of gospel and country that lets Guyton’s roof-shaking vocals soar from note to note. Written for her husband, Guyton is asking to carry his burdens and lean on her strength to carry them both through the fire. Especially in long-term relationships, that offer of emotional support is an intimate and vital conversation that Guyton captures so beautifully. — Kristin M. Hall

“Essence” by afrobeat superstar WizKid, featuring Tems, was another of the year’s undeniable songs. Reaching No. 1 on Billboard’s R&B/hip-hop airplay and the adult R&B airplay chart, the sultry, melodic duet record was crowned by many as the song of the summer. “Essence,” which beckoned listeners to find their significant other — or perspective crush— to get up and dance, would explode and become so gigantic that the Nigerian native welcomed a remix from another R&B star: Justin Bieber. — Gary Gerard Hamilton