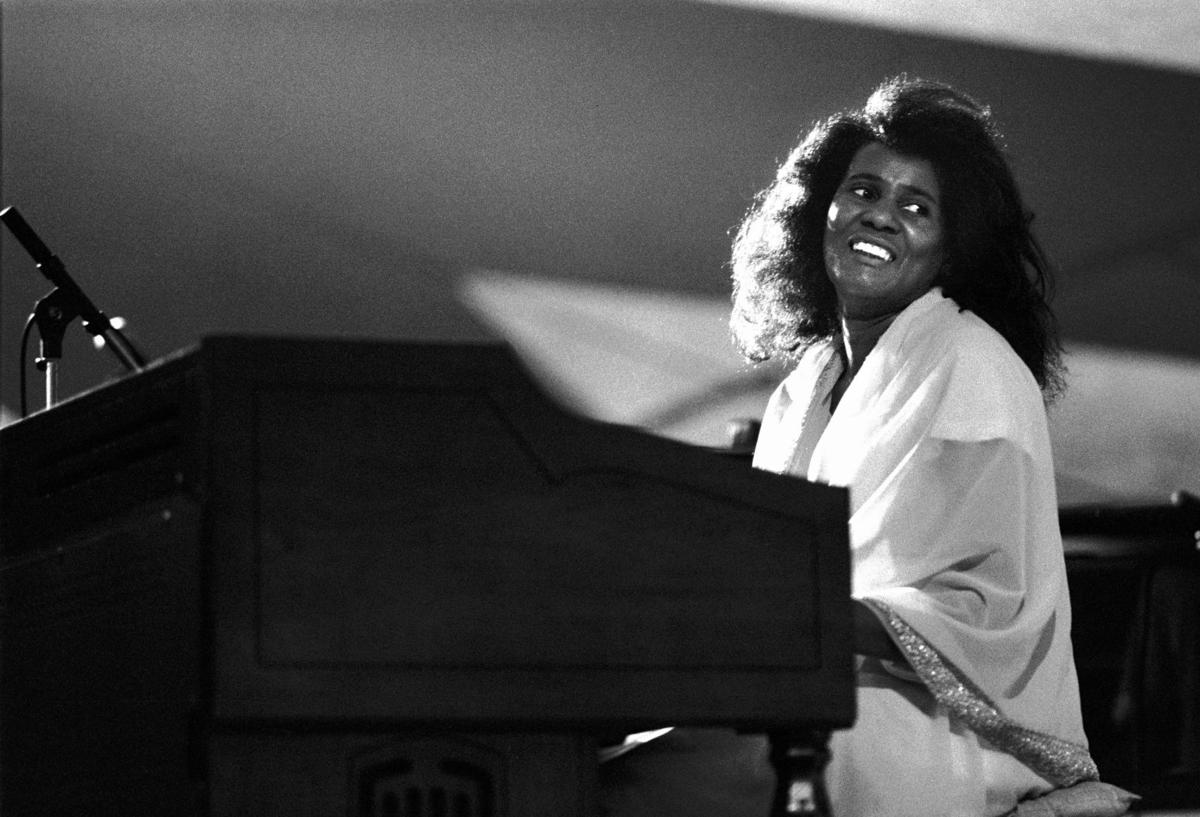 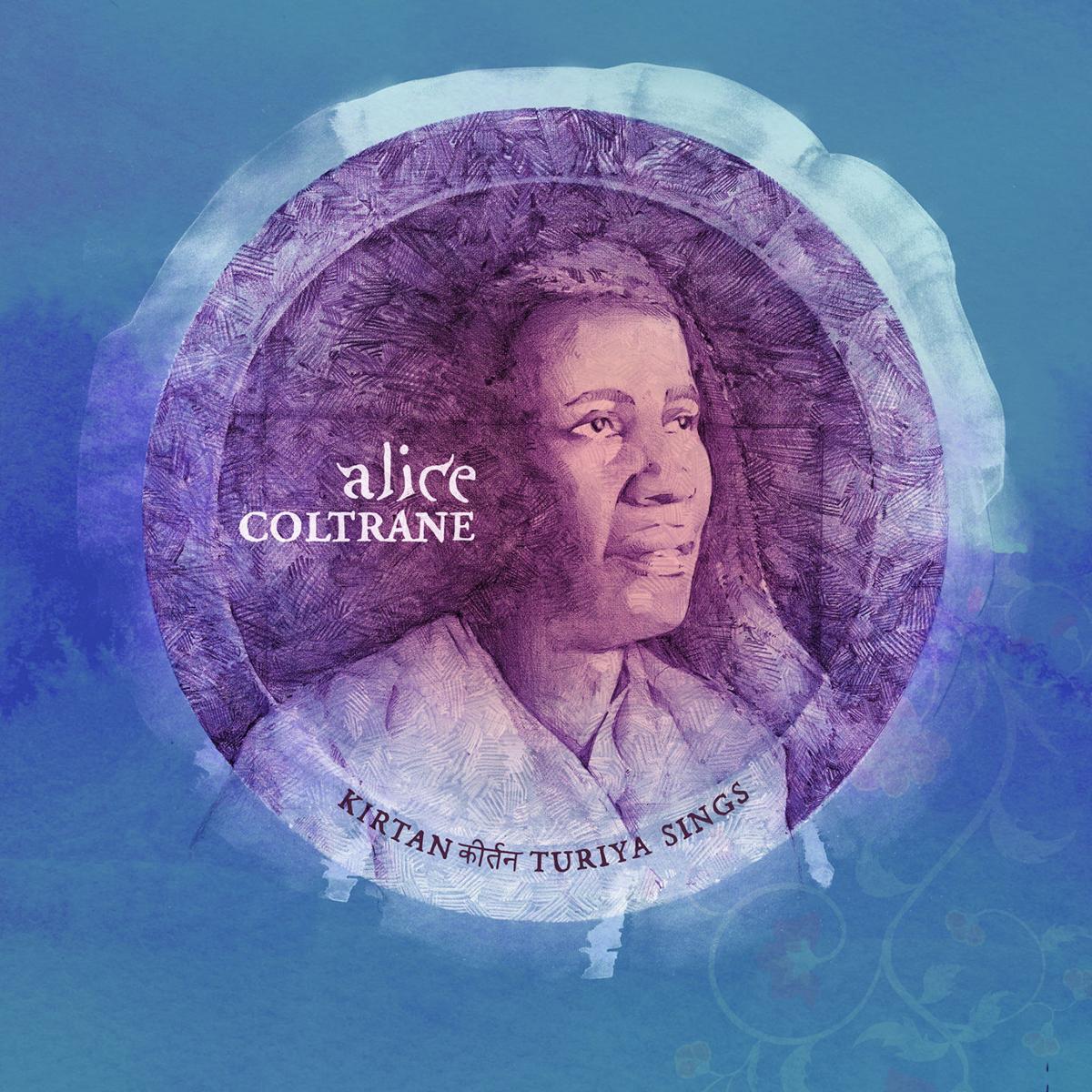 In the years since Alice Coltrane passed from this world in 2007, a paradigm shift has occurred. For much of her lifetime, she and her music stood in the shadow of her husband, the late John Coltrane, a jazz titan and a near saintly figure in 20th-century American music.

In the wake of his death in 1967, she recorded roughly a dozen albums — playing piano, harp, organ and leading the likes of Pharoah Sanders, Joe Henderson, Ornette Coleman, Jack DeJohnette and even Carlos Santana — that were neglected at the time of release. By 1978, the widow Coltrane had receded from releasing music on major labels and for many years, it was assumed she had stopped recording music altogether, as she had established her own ashram nestled in Agoura Hills, Calif., and retreated from public view, becoming a spiritual guru for a small community of fellow seekers.

Only in 2017, when David Byrne’s eclectic reissue imprint Luaka Bop compiled “The Ecstatic Music Of Alice Coltrane Turiyasangitananda” did it reveal to the general public that Coltrane had never left music. (Note: The author contributed to the liner notes in this release.) She instead had transformed into a spiritual guru, going by the name of Swamini Turiyasangitananda, and turned her focus to performing devotional Hindi hymns (or bhajans) for her congregation every Sunday. She self-released a small batch of cassettes in the early 1980s and appeared on California television in the 1990s with her public access show, “Eternity’s Pillar.”

This week sees her return to the Impulse jazz label with the release of “Kirtan: Turiya Sings,” a slight reframing of her extremely rare 1982 cassette “Turiya Sings.” Originally only available for those who made the pilgrimage to Sai Anantam Ashram, it’s since become a beloved curio on the internet, uploaded often to YouTube and garnering millions of views. It was the first (and only) time Alice Coltrane’s singing voice had ever been heard solo on an album, and the bhajans were accompanied by a gauzy array of synths, organs and synthesized strings, seeming to emerge like a voice from a cloud.

Released with the blessing of her son, saxophonist Ravi Coltrane, it features a mix of the album he only discovered recently, featuring just her Wurlitzer organ accompaniment and a voice disarming in its immediacy. It’s a turn of events that seemed all but impossible just a few years ago. So how did Alice Coltrane ascend to stand alongside her husband and come to represent the Impulse label at its 60th anniversary? It was a process that counted on word-of-mouth evangelism more than favorable critical consensus, which she never experienced in her lifetime.

For me, it started with a guy named Alan, who I first encountered in the vitamin section of Whole Foods Market in the mid-1990s. He was a musician who knew about supplements and crystals, recording his own new-age tapes in his spare time. I was jazz-initiated, familiar with the likes of John Coltrane and Miles Davis, but not much beyond that. He suggested I check out “Journey in Satchidananda,” an album Alice Coltrane originally released in 1971. “It’s some of the most beautiful music in the universe,” he raved.

I didn’t fully understand the music at first, but I was not alone. In jazz circles, Alice Coltrane was still maligned and disparaged. In a manner that anticipated the sort of vitriol that would be dumped on spouses of beloved rock stars, like Yoko Ono and Courtney Love, the widow Coltrane was blamed both for the end of her husband’s iconic “classic quartet” and for adding additional instrumentation to his music released in the years after his death.

“Mrs. Coltrane, while sounding somewhat like McCoy Tyner, does not have her predecessor’s physical or musical strength,” jazz publication Downbeat said about her “delicate” playing on a late Coltrane album. Her own albums were panned outright. “A wispy impressionist feeling without urgent substance” went one. “Super-saccharine, often corny and terribly repetitive,” read another. One reviewer sniffed: “It seems incredible that a group so heavily stamped by the late John Coltrane would not be able to pull off an album, but that’s just what happens.”

It makes you wonder what the critics were actually hearing. As calm and serene as most spiritual music aims for as its ideal, Alice Coltrane’s Impulse albums can be thrillingly turbulent affairs. Despite its title, “Universal Consciousness” is frightening and white-knuckled, full of prickling atonal strings and harp runs that feel like a free fall into the void. Even her take on “My Favorite Things” (from “World Galaxy”), the standard that her husband elevated to the stratosphere a decade prior, beggars belief. She makes her electric organ heave and slash like a knife, before diving into orchestral strings so lush and garish that it feels being in a hallucination staged at Disneyland.

These sorts of qualities the critics grumbled about: delicate, impressionistic, eschewing “strength” for something not as forceful, light instead of heavy, were not aligned with the times. But that might have all been forgiven had Alice Coltrane not done the sacrilegious: adding other musical elements to her husband’s posthumous releases.

“Some people didn’t like the addition of strings,” she told the Wire magazine in 2002. “They said, ‘We know that the original recording didn’t have any strings, so why didn’t you leave it as it was?’ I replied, ‘Were you there? Did you hear John’s commentary and what he had to say? ... We had a conversation about every detail; John was showing me how the piece could include other sounds, blends, tonalities and resonances such as strings. He talked about cosmic sounds, higher dimensions, astral levels and other worlds, and realms of music and sound that I could feel.”

Sound that could be felt might be one way of understanding how Alice Coltrane’s music slowly gained in resonance in the 21st century. Its eschewing of jazz forms, structures and traditions became one of its strengths. Her music began to appeal to new-age and ambient fans as well as electronic musicians. Its openness to other cultures and ability to blend together different musical traditions — North African, Indian, American — is both audacious and astonishing in hindsight.

That a Black woman from Depression-era Detroit established a Hindi ashram in the hills of California next to a horse ranch and performed centuries-old Indian hymns there still boggles the mind. Lots of artists embraced gurus and spiritual garments during the 1960s and ‘70s, but few actually embodied it completely like Alice Coltrane did. When I visited her ashram in 2014, it was disarming to see the portrait of a woman I knew from all of her albums, now presented in the beatific soft light of a religious leader and guru. There’s a sense of conflict inherent in her music, beauty and chaos entwined, jazz tradition and the unknowable are all there at once.

The original “Turiya Sings” tapped into that liminal space. These are ancient Indian hymns swaddled in the newfangled synthesizer technology of the time. It’s a speedball of sound, both mystical and dinky. Coltrane sings in Sanskrit, but it instantly leaps continents and epochs to hit like a country blues, voicing the anguish and ache of the present moment. It feels ethereal and beyond, but also deeply sorrowful. You don’t need to understand Sanskrit to know the suffering that she conveys here.

So “Kirtan” feels odd in comparison, like demos. “This stripped-down, intimate setting revealed the true heart and soul of these songs,” Ravi writes in the liner notes, acknowledging that it is “counter to what the artist originally chose for their work. It’s always a delicate matter.” He argues that it’s closer to his memories of his mother, what he heard growing up.

Which is fair, but is that what Alice Coltrane wanted others to hear? Her organ is more immediate, its low register getting down to a subterranean growl. Her voice is more present and close on this album, slightly different from the more muffled sound heard on the original, as if beaming back from the astral plane so as to reach us here on Earth. It’s but one of the original album’s many cosmic charms. And her son argues that without these other layers, one can more clearly divine the gospel and blues of her music. But no matter how far out into the ether she would travel, these foundations were always close at hand.

Such creative choices had already been available to her at the time, and as an artist with her pedigree, she knew what she would sacrifice by adding these other elements vs. keeping the basic tracks that compose the entirety of “Kirtan.” Since she self-released the album, there was no outside pressure, be it from a label, producer or anyone else without purely artistic motives. But perhaps there is now.

“Kirtan” is still an entrancing listen, an intimate glimpse of an artist whose greatness has only just been acknowledged in this world. But what makes the final presentation of it sting is to know how much of Coltrane’s musical career was spent defending her artistic choices against the demands of others (mostly men) and to now have one of her most profound works be second-guessed. She chose what she chose, adding the tonalities and resonances of strings, chimes, water sounds, keyboard effects and layered voices to create its singular sound palette. We weren’t there to know exactly what “cosmic sounds, higher dimensions, astral levels and other worlds” the mighty Turiyasangitananda could hear. But it’s a sound that we should all be able to feel now, without waiting another 40 years.