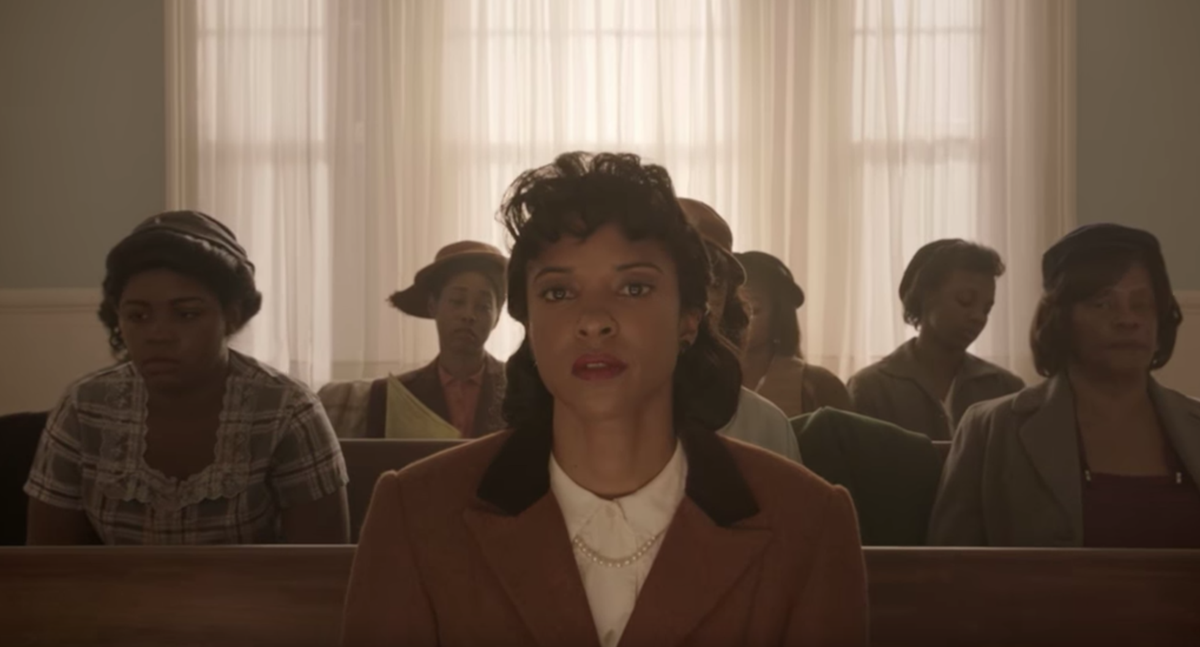 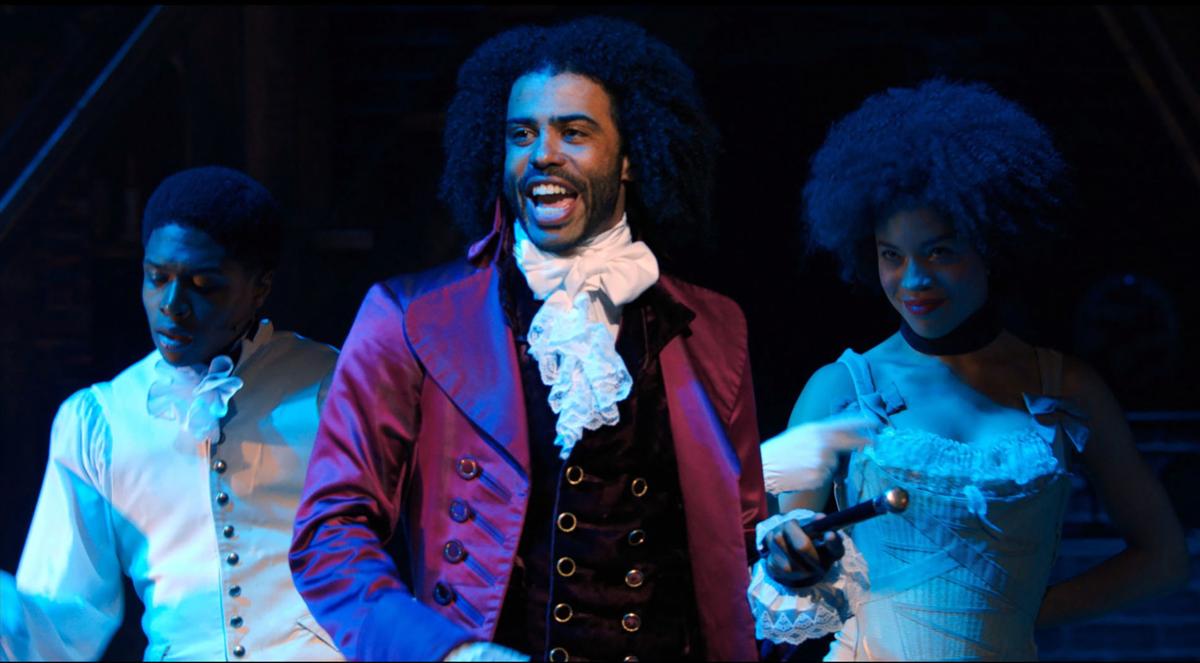 Daveed Diggs portrays Thomas Jefferson in “Hamilton.” He did a stint on “black-ish” playing Rainbow Johnson’s brother and is most recently starred on Snowpiercer.” —Disney Plus via AP 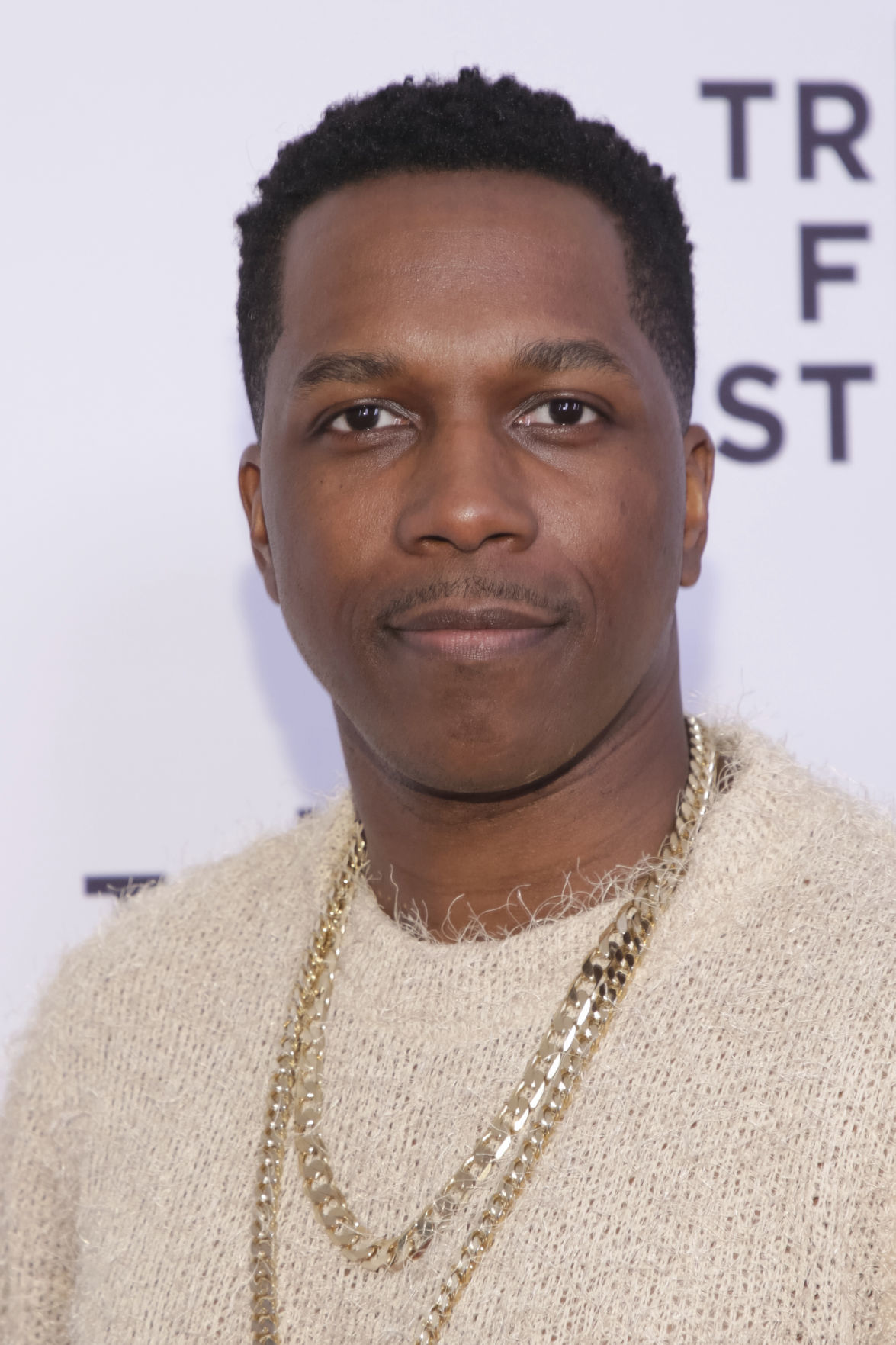 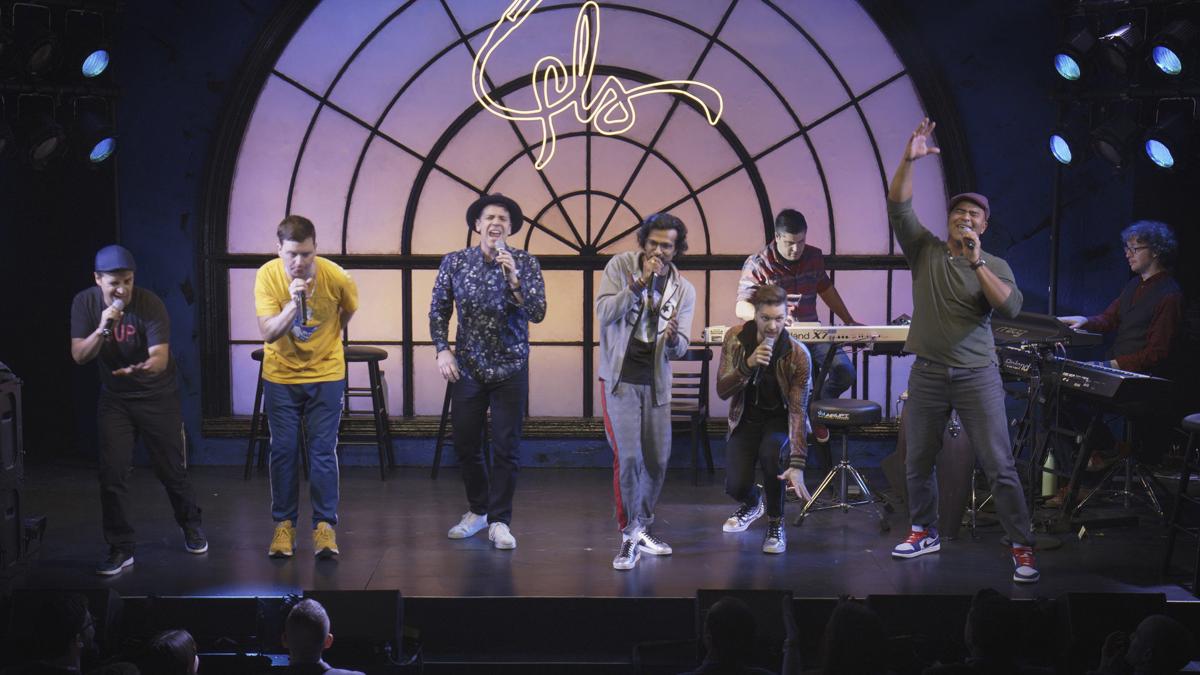 This image shows a scene from “We Are Freestyle Love Supreme,” which includes a few stars from “Hamilton” like Christopher Jackson (second from right). The show features the improvisational rap group that Broadway star Lin-Manuel Miranda started. —Hulu photo via AP/Bryant Fisher

Daveed Diggs portrays Thomas Jefferson in “Hamilton.” He did a stint on “black-ish” playing Rainbow Johnson’s brother and is most recently starred on Snowpiercer.” —Disney Plus via AP

This image shows a scene from “We Are Freestyle Love Supreme,” which includes a few stars from “Hamilton” like Christopher Jackson (second from right). The show features the improvisational rap group that Broadway star Lin-Manuel Miranda started. —Hulu photo via AP/Bryant Fisher

When a hip-hop musical chronicling the life of a Treasury secretary made its way uptown to Broadway in 2015, a fair number of the faces onstage were still relatively unknown.

Many know the story of what would come next: “Hamilton” became an instant hit, sweeping up praise and accolades and drawing an army of devoted fans. There were the 11 Tonys, not to mention the Grammy, the Pulitzer Prize and the Kennedy Center Honor. Critics heralded the show as transformative, emblematic of a new age in American musical theater.

And the original cast? The mix of Broadway veterans and newcomers was elevated to a status of celebrity that theater performers rarely reach.

The show that will long be considered their most memorable performance is now immortalized onscreen, filmed over three days in the summer of 2016 and now showing on Disney+. Here’s what the original cast members have been working on since their time in the show.

His character in the show: Alexander Hamilton.

His career since then: Whenever it feels like you’ve got too much on your plate, like you can’t possibly do it all, we invite you to look at Miranda’s workload since he left the show.

The musical’s creator and original Hamilton was already well-known in the theater world as the composer and lyricist for the Tony-winning “In the Heights” (2008), his first Broadway show. And after the success of “Hamilton,” he has kept busy: He wrote songs for “Moana” in 2016 and starred in “Mary Poppins Returns” last year. On the small screen, he appeared in the series “His Dark Materials” on HBO as well as “Fosse/Verdon” on FX, which he also helped executive produce. He returned to Broadway late last year with “Freestyle Love Supreme,” the improvised hip-hop musical sketch show he helped create. Coming up, he has a role in and served as a producer on the film adaptation of “In the Heights,” and he’s working on two new songwriting projects for Disney: an animated musical set in Colombia and a live-action remake of “The Little Mermaid,” for which he is writing new lyrics with the original composer, Alan Menken. He is also slated to direct a film adaptation of the Jonathan Larson musical “Tick, Tick … Boom!” for Netflix.

His character in the show: Aaron Burr. Odom won the Tony Award for best actor in a musical for his turn as Hamilton’s perilously ambitious rival.

His career since then: He has released two albums and has had roles in such films as the 2017 mystery “Murder on the Orient Express” and the 2019 biopic “Harriet.” Odom is also set to star in several films, including Regina King’s “One Night in Miami” (he’s playing Sam Cooke), John Ridley’s “Needle in a Timestack” and the “Sopranos” prequel, “The Many Saints of Newark.” The Philadelphia High School for the Creative and Performing Arts graduate has also come back to his hometown for several events.

Her character in the show: Angelica Schuyler. Goldsberry was a familiar face on Broadway — she had already appeared in “Rent,” “The Lion King” and the original cast of “The Color Purple” — before her performance as the eldest Schuyler sister earned her the Tony for best featured actress in a musical.

Her career since then: She has turned her focus to film and TV, appearing in the 2019 Trey Edward Shults drama “Waves” and playing the title character, alongside Oprah Winfrey, in “The Immortal Life of Henrietta Lacks” (2017) — the HBO film adaptation of the 2010 best-selling book. She has been starring in the Netflix sci-fi series “Altered Carbon” since 2018.

Her character in the show: Eliza Hamilton, Alexander’s wife.

Her career since then: Soo’s most recent stage role was Off Broadway, in “Tumacho” — a supernatural Western comedy that ran for less than a month before the pandemic shuttered live performances. Her other shows post-“Hamilton” have had somewhat longer runs, including “Amélie” on Broadway, where Soo played the title role in the musical based on the 2001 French film, and “The Parisian Woman,” where she appeared alongside Uma Thurman. Onscreen, Soo will next be seen in “The Broken Hearts Gallery,” a romantic comedy slated to premiere in theaters next month. She’s also voicing the moon goddess Chang’e in the Netflix animated musical “Over the Moon” later this year.

His characters in the show: Marquis de Lafayette and Thomas Jefferson. His dual role led to a Tony win for featured actor in a musical.

His career since then: He went on to star in the 2018 film “Blindspotting,” which he also co-wrote. But he has spent much of the past several years in television, most recently starring in TNT’s “Snowpiercer,” the dystopian thriller series adapted from Bong Joon Ho’s 2013 film. He also appeared on “black-ish,” “Central Park,” “The Get Down” and “Unbreakable Kimmy Schmidt.” Diggs was part of the rotating cast of “Freestyle Love Supreme” on Broadway with fellow “Hamilton” castmates Miranda and Christopher Jackson, and a documentary about that show is scheduled to premiere on Hulu on July 17. Up next are two Disney projects: He’s providing a voice in the Pixar tale “Soul” and playing Sebastian in the live-action “The Little Mermaid.”

His characters in the show: John Laurens, a fellow revolutionary, and Hamilton’s son Philip.

His career since then: Ramos’ biggest role will come in another Lin-Manuel Miranda project — as leading man Usnavi in the film adaptation of “In the Heights,” due next summer. He has also starred in Spike Lee’s Netflix reboot “She’s Gotta Have It” and on the big screen appeared in “A Star Is Born” (2018) and the recent “Trolls World Tour.” Ramos will also have a role in the film “Honest Thief” later this year, alongside Liam Neeson and fellow “Hamilton” veteran Jasmine Cephas Jones, who happens to be his fiancée.

Her characters in the show: Peggy Schuyler, the youngest Schuyler sister, and Maria Reynolds, Hamilton’s mistress.

Her career since then: She moved Off Broadway in 2019, starring in the musical “Cyrano” alongside Peter Dinklage. She also appeared in HBO’s “Mrs. Fletcher” and “Girls” and continues to work with other cast members from “Hamilton”: She was in “Blindspotting” with Diggs, and will be in “Honest Thief” with Ramos and “One Night in Miami” with Odom.

His character in the show: King George III.

His career since then: Groff’s most recent onstage role was a full 180 from the pompous caped monarch he played several years ago. In the “Little Shop of Horrors” revival that opened Off Broadway in 2019, the royal dramatics were replaced with a steep drop in confidence as Seymour, the nerdy flower-shop worker charged with handling a man-eating plant. Last year, Groff also reprised his role as Kristoff in “Frozen 2” (with his own campy ’80s ballad to sing this time around) and has starred in Netflix’s significantly less cheery series “Mindhunter.”

His character in the show: George Washington.

His career since then: Jackson was a Broadway veteran (his credits include Miranda’s “In the Heights”) when he joined “Hamilton.” After he left the show, he was a rotating guest on the Broadway show “Freestyle Love Supreme” through closing night earlier this year. He appeared in “When They See Us” on Netflix and voiced the father of “Moana” in 2016. He also stars in “Bull” on CBS, which he began filming while still in “Hamilton.”

Okieriete OnaodowanHis characters in the show: Hercules Mulligan, another revolutionary, and James Madison.

His career since then: Onaodowan took over for Josh Groban in “Natasha, Pierre & The Great Comet of 1812” on Broadway. On the small screen, he has appeared on “The Get Down,” “Girls” and “BoJack Horseman.” But his main role has been playing the firefighter Dean Miller through three seasons of the “Grey’s Anatomy” spinoff “Station 19.”

Oprah, Lionsgate to help adapt The 1619 Project for film, TV