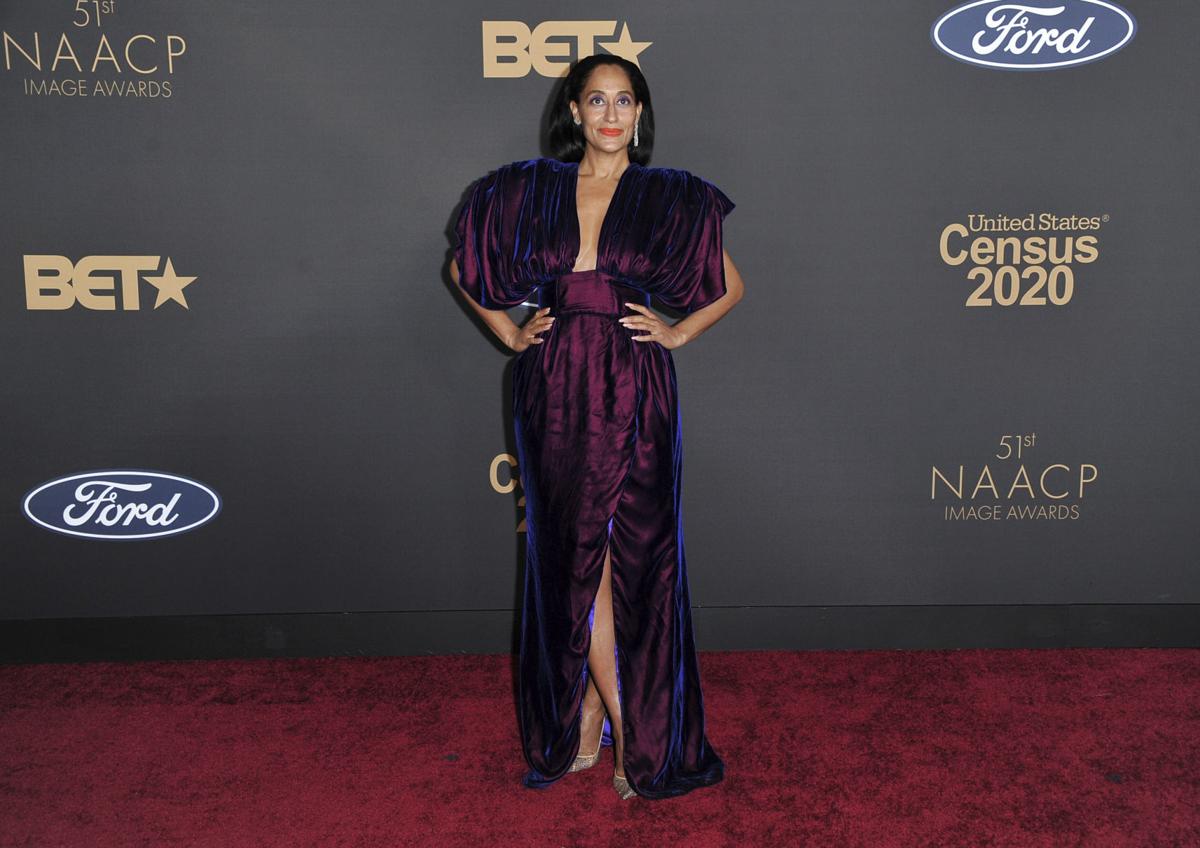 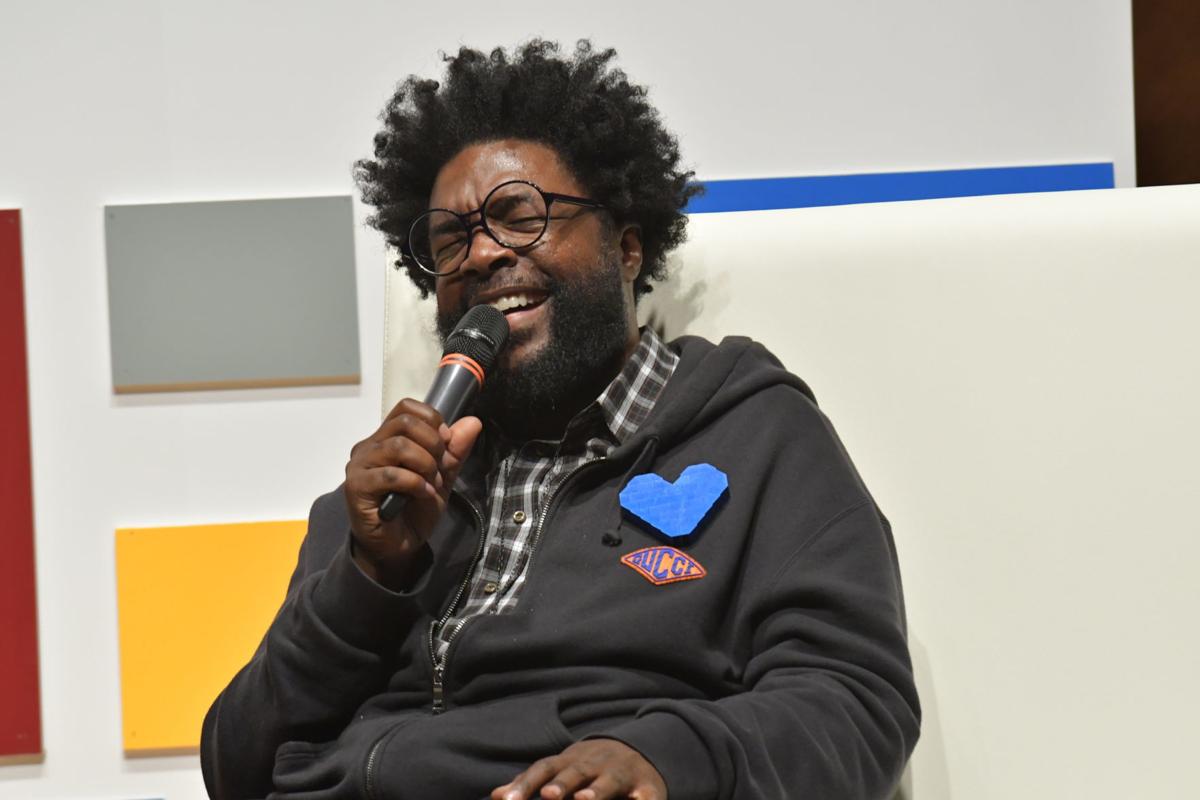 Actress/producer Tracee Ellis Ross is on a roll. Though she’s the daughter of the legendary Diana Ross, Tracee is making it on her own and being embraced on many platforms. First, there’s her Golden Globe-winning role on the ABC sitcom “black-ish,” which she produces with her on-screen hubby Anthony Anderson and occasionally directs. Then there’s the spinoff “mixed-ish,” which follows her character’s childhood in the 1980s. Ross co-created the show is an executive producer and narrates. Now it’s Ross returns to feature films as lead actress and she makes her musical debut in “The High Note.” She teams up with Dakota Johnson, Bill Pullman and Ice Cube. Ross plays a super successful singer battling ageism and becomes jaded with the music industry until her personal assistant (Johnson) writes an album of songs that revitalize her career and spirit. Ross makes her feature film singing debut in the movie, and her song “Love Myself” has just been released as a single. Because of the pandemic “The High Note” will move to video on-demand beginning Friday, May 29.

In TV news, fans were shocked to hear that this season will be the last for the hit OWN drama Greenleaf but don’t say goodbye just yet. Executive producers Oprah Winfrey and Craig Wright, the show’s creator, reportedly always envisioned the drama, set in a southern mega church, only running five seasons and then consider a spinoff. Well looks like full steam ahead. Fans let producers know how much they love the show, which was the top rated original scripted show on cable TV last season. Details on the spinoff are being kept close to the vest as the ribbon needs to be wrapped on this fifth and final Greenleaf season. Greenleaf stars Keith David, Merle Dandridge, Lamman Rucker, Rick Fox and Lynne Whitfield and returns Tuesday, June 23 on OWN.

Wendy Williams is taking a break. Her Graves’ disease affliction is taking a toll despite her doing shows from home. Fatigue has set in and the shows have not been up to par. It was two years ago when she took a hiatus from her self-titled daytime talker and she first shared that she had the condition. The difference then was Williams was also in the midst of her very public split from her husband/manager Kevin Hunter. This time around it seems to be just fatigue, so Williams will sit it out for now.

Ryan Seacrest says it was exhaustion that viewers saw on “American Idol” last Sunday, and he’s fine now. This week “American Idol” crowned its 2020 winner virtually, and from one computer to another Seacrest announced Harlem subway singer Samantha Diaz, a.k.a. Just Sam, as the 2020 Idol winner. Viewers however took to social media when they noticed Seacrest slurring his words and his eyes halfway shut while doing his Idol commentary. People feared he was having a stroke live on the air. Seacrest took the next day off from his “Live With Kelly & Ryan” gig, and his reps issued a statement denying Seacrest had a stroke. Tuesday, Seacrest returned to Live and thanked the fans for their well wishes and concern. He says it was just exhaustion so he took Monday off to recover and is fine. Kelly Ripa and Seacrest are social distancing and doing their show from their respective homes.

Ervin “Magic” Johnson is stepping up in the midst of this coronavirus pandemic in a big way … and I mean a BIG WAY! Magic Johnson Enterprises became the controlling shareholder in the life insurance company Equi Trust in 2015. There’s been a huge scandal because large companies, businesses and their bankers used loopholes to get the government COVID-19 stimulus money meant for small businesses. That left many deserving companies out in the cold. Well, Magic Johnson has pledged $100 million to go to businesses owned by women and people of color. Johnson is especially targeting those left out of that first stimulus.

Philly’s own Questlove of The Roots is a busy guy and adding more to his schedule with a cooking show called “Questlove’s Potluck.” This will air on the Food Network, and “The Tonight Show” Band drummer will visit his celebrity friends virtually. Patti LaBelle, Tiffany Haddish, Gabrielle Union, Eva Longoria, Olivia Wilde and George Lopez are all lined up to do cooking and have a Questlove virtual visit to inside their homes. Questlove’s Potluck premieres Thursday, May 28, at 10 p.m. on the Food Network.

With the COVID-19 pandemic rolling hard, the Fox network is calling on Gabrielle Union and Jessica Alba for an assist. Because the networks have suspended production, many shows that were scheduled film now to debut in the fall are at a standstill. Fox is tapping the Bad Boy movie spinoff called “L.A.’s Finest.” It premiered more than a year ago, and has already done a full season on the Spectrum cable service. The show is reportedly being renewed by Spectrum and that would give Fox a full season. Union, reprising her role from Bad Boys II as Detective Syd Burnett, and Alba, new to the franchise as Detective McKenna, team up as cops in L.A. as Syd Burnett was transferred from Bad Boys Miami setting. L.A.’s Finest is scheduled to return to Spectrum for a second season June 8, and then premiere this fall on Fox.

“Insecure”’s Issa Rae is on the cover of Cosmopolitan’s June issue. Plus, her new romantic comedy Lovebirds will go straight to Netflix because of coronavirus concerns in movie theaters. “Lovebirds” stars Rae and Kumail Nanjiani as a couple accidentally swept up in a murder mystery while trying to figure out their future as a couple. Lovebirds begins streaming on Netflix today. Also, Insecure was renewed by HBO for a fifth season.

It’s Barack and Michelle Obama on Saturday, June 6, as YouTube presents Dear Class Of 2020. The Obamas are delivering the commencement address. The lineup for this event includes BTX, Lady Gaga, Zendaya, Kelly Rowland and Kerry Washington.

Naomi Campbell and Essence magazine mark two golden anniversaries in the new normal. In the month of May 1970, Essence magazine issued its very first edition. That same year and same month, May 22, Campbell was born. To mark both occasions, Essence invited Campbell to once again grace the magazine’s cover for the May/June issue. Unfortunately the coronavirus and the quarantine/lockdowns made a photo shoot with a crew impossible. So, Campbell did it herself. The supermodel/actress/entrepreneur did her own makeup, styling, hair and shot her own photos. It’s the first time in Essence history that’s happened as even the iconic magazine is not immune to the new normal. Campbell stated while it was unusual, it was still special to honor Essence that way. Campbell also noted it was a sad reminder of those who cannot work during this COVID-19 pandemic. The legendary supermodel says we’ll come out of this stronger and wished herself and Essence well as they both hit the half century mark together.

Megan Thee Stallion is on the cover of the May issue of “Marie Claire.”

Photos: Dare to Imagine Church, a new digital path for the gospel