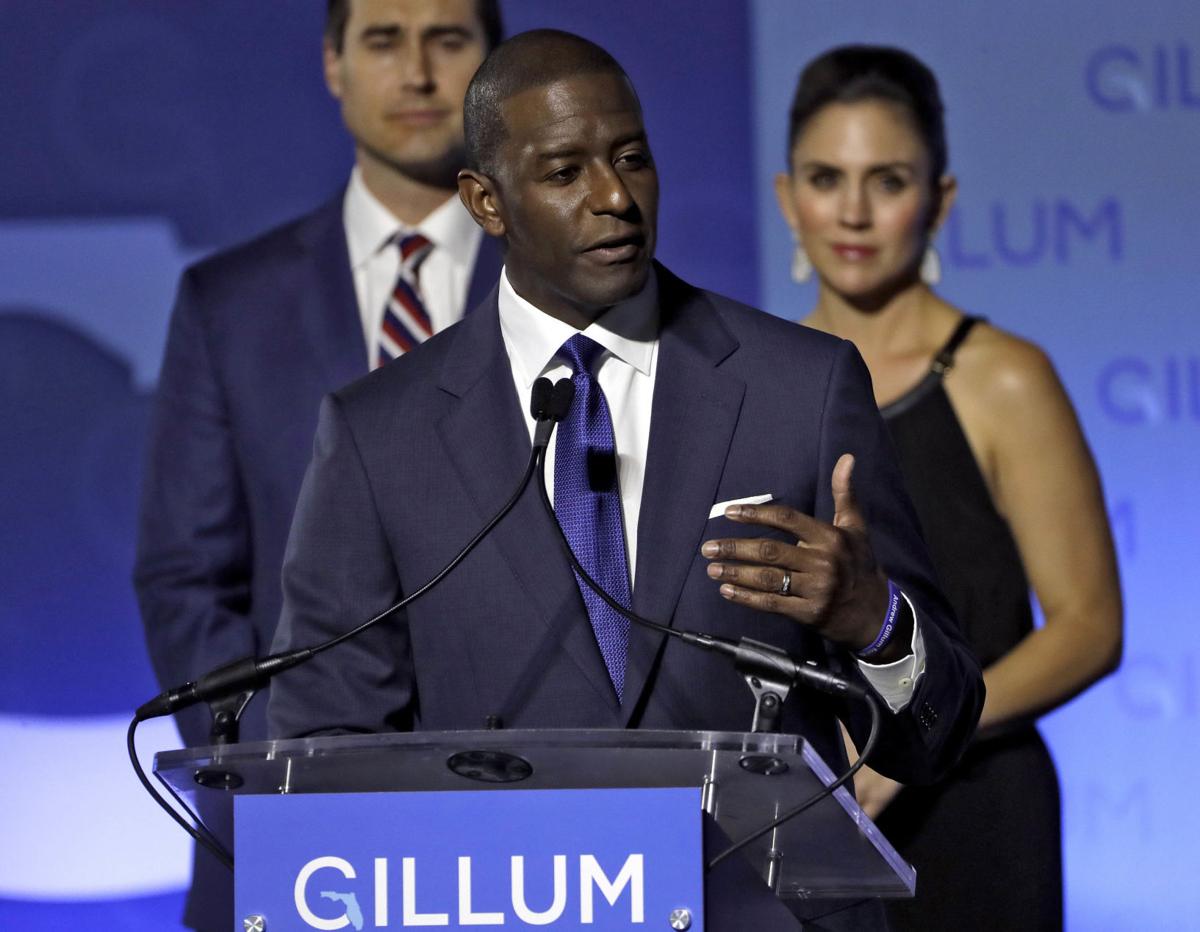 Florida’s Andrew Gillum attributes his addiction trigger to losing the governor’s race in 2018 and his wanting to numb that feeling of failure. —AP Photo/Chris O’Meara 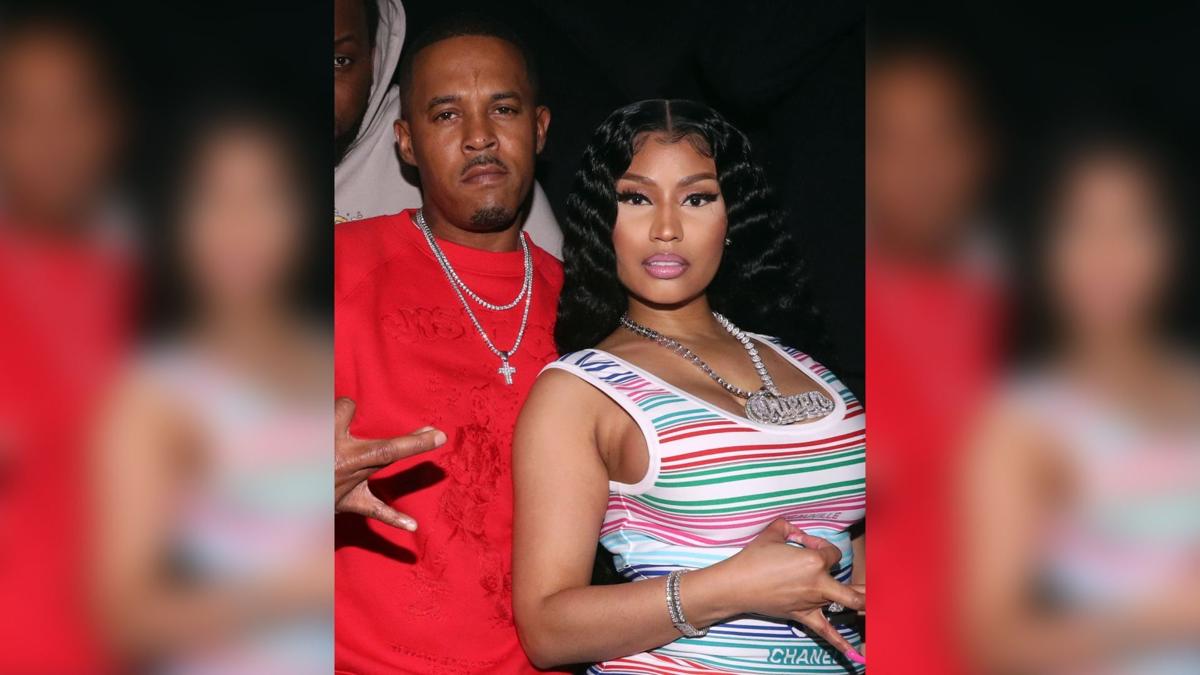 Florida’s Andrew Gillum attributes his addiction trigger to losing the governor’s race in 2018 and his wanting to numb that feeling of failure. —AP Photo/Chris O’Meara

What a week for Tamar Braxton. Late last week news broke the singer/reality star attempted suicide. It was possibly tied to problems she was having with her network and her new reality show. WEtv, which airs “Tamar Braxton: Get Ya Life!,” was not seeing eye-to-eye with Braxton on the show. It may have been delving into her personal life and her personal traumas, particularity sexual abuse, too closely. Braxton reportedly was sexually abused from age 6 to 16. This gets documented in her show. She was found and taken to the hospital in stable condition. Braxton is now conscious and alert. Reports are she’s been transferred to a mental facility that deals specifically with depression and childhood trauma.

More fallout for Jada Pinkett Smith after her relationship with singer August Alsina came to light. She went back to social media this week and talked about rage. It went over my head. Are you enraged that Alsina just made a song with Rick Ross talking about their entanglement? Yes I know it’s petty (SMILE). The comments that followed Pinkett Smith’s latest appearance on social media did not help her. It’s probably about time for her to take a break with Will and her family and leave things alone.

Andrew Gillum, the once rising political star, former mayor of Tallahassee and former Florida gubernatorial candidate, has emerged from rehab. He’s spoken publicly for the first time. He’s not talking about the very messy scandal where he was found inebriated in a hotel room with another man who possibly overdosed on crystal meth. Instead he only told supporters via social media that addiction complications that took his father’s life were endangering his. He attributes the trigger to losing the governor’s race and his wanting to numb that feeling of failure. Gillum thanked his wife, the mother of his three children, for standing by him and he’s writing about his experience in hopes to help others. At one time the ex-mayor of Tallahassee was a rising star as his run gained national attention and he was booking quite a few gigs as a political analyst on the major networks. That came to a halt with the scandal and his subsequent entry into rehab. Gillum lost a very close race for governor of Florida to Ron DeSantis. Ironically DeSantis is now under fire for his handling of the COVID-19 pandemic and its continued surge in Florida.

The ABC News executive accused of using racial slurs on the job about ABC News talent Robin Roberts and Sunny Hostin is no longer with the network. An investigation by ABC News found News Senior VP of Talent and Business Affairs Barbara Fedida did use inappropriate language at the workplace. The network had outside counsel do an investigation. ABC released a statement that Fedida could no longer serve in a leadership role and wouldn’t be returning. Despite her longtime ties and relationships at the network, they couldn’t afford to have that kind of behavior appear to be supported by ABC. Reports got out as well that Hostin was considering leaving “The View” as a result of this entire furor. ABC didn’t confirm exact language but reports surfaced that Fedida allegedly called Hostin “low rent” and in the midst of negotiations with Roberts said it wasn’t as if ABC asked her to “pick cotton.”

There’s drama at Fox News too because Sean Hannity, Tucker Carlson, former Fox News anchor Ed Henry and the network itself have been slapped with a lawsuit including allegations of sexual harassment, sex trafficking and retaliation. It’s off the hook still at the conservative leaning all news channel where founding Chairman and CEO Roger Ailes died with his reputation disgraced after high profile revelations of sexual misconduct. Ailes and Bill O’Reilly were among those eventually taken out of the network amid settlements and continued allegations of misconduct. Now comes drama for the new stars of the network and incredible accusations from former Fox Business Network Associate Producer Jennifer Eckhart and former Fox News Channel guest Cathy Areu. The biggest is an accusation of rape against Henry who was already let go by Fox for sexual misconduct in the workplace. The suit claims others at Fox harassed or froze out the women from opportunities at the network if sexual advances were refused. Fox fired Henry after outside counsel investigated him, but the network says their outside investigation finds the new lawsuit, which names the network and their other on air staff, is without merit. Fox also stated Areu and Eckhart can pursue their additional claims against Henry directly with him as Fox already fired him.

Denzel Washington and Julia Roberts are together again. The pair will star in “Leave The World Behind” on Netflix. Two families are stuck in Long Island during a blackout. Race, class and parenthood are just some of the issues addressed. Both stars are producing and it’s a reunion. The two last worked together on 1993’s blockbuster “The Pelican Brief.” The two longtime friends have also become famous for toasting each other at various awards such as when Roberts presented Washington with the Best Actor Oscar and when Washington presented Roberts with her Best Actress Golden Globe. At press time, no streaming date has been set for “Leave The World Behind.”

Congratulations to Nicki Minaj. At age 37, she announced she and her husband Kenneth Petty are expecting their first child. She did the heels, the color and the baby bump. She made her announcement in true Nicki style.

Nick Cannon left folks quite concerned last week. ViacomCBS cut all ties with the comedian/actor/filmmaker/entrepreneur because he didn’t apologize for a podcast with anti-Semitic comments. Cannon also voluntarily took time off of his morning radio show. When Cannon did apologize, the Fox Network confirmed they would keep him as host of “The Masked Singer.” But then, Cannon got roasted on social media for apologizing. He then took to his social media handles describing how hurt he was by all these events and ended by typing “Y’all Can Have This Planet I’m Out.” This got folks to talking about Nick’s safety and if this was a cry for help. A few days later Cannon resurfaced and did a new podcast. He hosted Rabbi Abraham Cooper, the associate dean of the Simon Wiesenthal Center, for a frank talk on anti-Semitism. Cannon also visited the Simon Wiesenthal Center’s Museum of Tolerance. Cannon has a lot going on in his life. He lost a close friend to suicide not long ago. Now that he’s concentrating on a message of tolerance, it won’t be long before we see what his efforts do for his career and the community.