In Fatale, David Loughery’s script centers on Derrick (Michael Ealy), a successful sports agent who watches his perfect life slowly disappear when he discovers his wild one-night stand was with a determined police detective (Hilary Swank) who entangles him in her latest investigation. As he tries to put the pieces together, he falls deeper into her trap, risking his family, his career and even his life. —Lionsgate photo 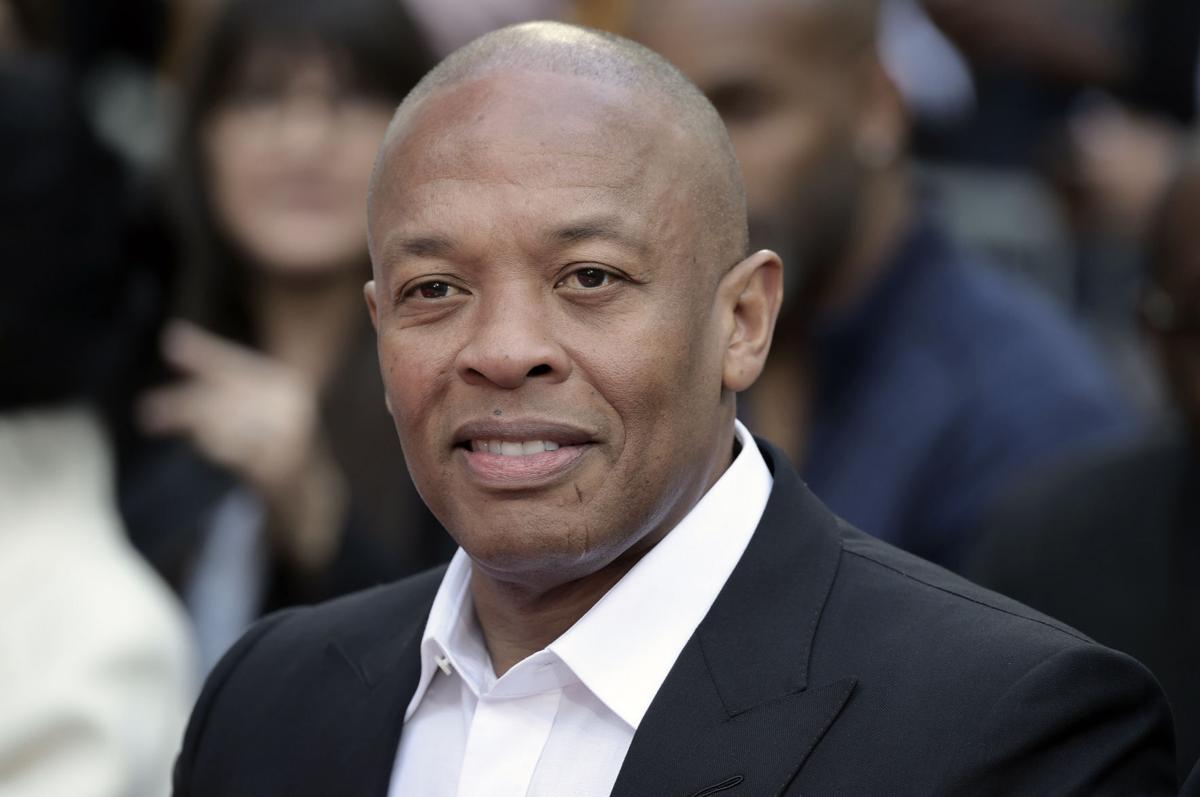 In a social media post late Tuesday, Jan. 5, 2021, Dr. Dre said he will be “back home soon” after the music mogul received medical treatment at a Los Angeles hospital for a reported brain aneurysm.

In Fatale, David Loughery’s script centers on Derrick (Michael Ealy), a successful sports agent who watches his perfect life slowly disappear when he discovers his wild one-night stand was with a determined police detective (Hilary Swank) who entangles him in her latest investigation. As he tries to put the pieces together, he falls deeper into her trap, risking his family, his career and even his life. —Lionsgate photo

In a social media post late Tuesday, Jan. 5, 2021, Dr. Dre said he will be “back home soon” after the music mogul received medical treatment at a Los Angeles hospital for a reported brain aneurysm.

What is going on with the estate of Prince. The IRS is claiming that the estate under reported some money. They $80 million was not reported regarding his music publishing and recording interest. The estate of Prince will now have to pay the IRS $32 million and give up another $6.4 million in accuracy related penalties. Prince died in 2016 at the age of 57 and did not leave behind a will. He wasn’t married at the time of his death and he didn’t have kids. Prince had a lot of step siblings and they are now in charge of his estate.

At the movies and on demand it’s the thriller “Fatale” starring Michael Ealy and Oscar winner Hilary Swank. Mike Colter and Geoffrey Owens from “The Cosby Show” are also featured. “Fatale” is the perfect movie to keep you faithful to your spouse.

We remember legendary dancer and actor Adolfo “Shabba Doo” Quinones. Shabba Doo got his start on “Soul Train” and he died last week at the age of 65. Shabba Doo starred in the movies “Breakin’,” “Breakin’ 2” and “Electric Boogaloo” in the 1980s.

We also remember author Eric Jerome Dickey. The Memphis native and bestselling author lost his battle with cancer at the age of 59. Dickey was best known for his books “Finding Gideon,” “The Business of Lovers” and “Dying for Revenge.”

Are we finally getting new music from Adele? I hear it could be coming soon. Her and Raphael Saadiq are featured on her latest project and a possible duet with Beyoncé.

Music mogul Dr. Dre is grateful to be alive after being diagnosed with a brain aneurysm. Dre was treated by doctors and says he hopes to be home soon. The co-founder of the rap group NWA and founder of Beats by Dre headphones is thankful for the outpouring of love from the music industry. Dre is currently embroiled in a nasty divorce with his wife Nicole.

Get ready for another Chris Rock comedy special on Netflix. They are calling it a remix of his 2018 special “Tambourine.” Rock’s new comedy special will feature new jokes, interviews and behind the scenes. “Total Blackout” will start streaming on Netflix on Jan. 12.

Supermodel great Iman is gracing the cover of the United Kingdom version of Harper’s Bazaar. She also gives a glimpse of her life without the late rocker David Bowie. Bowie died in 2016 from liver cancer. Iman said Bowie, who she married 1992, was the love of her life. Iman and Bowie have a 19-year-old daughter and she says she wishes they had more time.

The highly anticipated Regina King movie “One Night in Miami” will start streaming on Amazon Prime on Jan. 15. The Oscar winner is telling the story of a night in Miami in 1965. Cassius Clay just won a heavyweight title but there was segregation so he had to stay at a hotel in the Black neighborhood. This was when he changed his name to Muhammad Ali. One night Clay, Malcolm X, football great Jim Brown and singer Sam Cooke get together in Miami. Tony winner and Philadelphia native Leslie Odom Jr. is playing Cooke.

The 63rd Annual Grammy Awards are moving to a new date because of COVID-19. The Grammys will air Sunday, March 14 on CBS and will be hosted by “The Daily Show” host Trevor Noah. Lifetime Achievement Awards are going to be given to Grandmaster Flash and The Furious Five, Salt-N-Pepa, Selena, The Talking Heads, opera singer Marilyn Horne and jazz legend Lionel Hampton. Singer/songwriter/producer Babyface is also getting feted with the Trustees Award. Music being added to the Grammy Hall of Fame was by artists who include Billie Holiday, the rock group Journey, Bruce Springsteen, Patti Smith and A Tribe called Quest, Betty Wright, Isaac Hayes, The Beastie Boys, Peter Gabriel, Joe Cocker and Kenny Rogers, Dolly Parton and U.S.A. for Africa, to name a few.

Shonda Rhimes has another hit on her hands with “Bridgerton” streaming now on Netflix. “Bridgerton” is a period piece set in the 1800s about a young woman who will do anything to climb the social ladder. With its diverse cast and steamy sex scenes, Rhimes’ show was trending all week. Look for an announcement soon on season two. The legendary singer and actress Julie Andrews did the narrating for “Bridgerton.” She got a whopping $2 million. In other “Bridgerton” news there is a lot of buzz on the breakout star Regé-Jean Page. Page plays Simon Bassett the Duke of Hastings and he is fine. Page is a familiar face he played Chicken George in the 2016 remake of “Roots.” He also starred on the ABC show “For The People” and he is also featured in the movie “Sylvie’s Love.” There is also talk that Page could be in line to play the next James Bond.

The long-awaited miniseries about Salt-N-Pepa is coming to Lifetime Jan. 23. The miniseries is three hours and focuses on their amazing career and the hit songs. Queen Latifah produced the movie and at press time they were still embroiled in a court battle with DJ Spinderella over unpaid royalties.

While concert venues remained empty and theaters closed in our region, there were still plenty of entertainment stories that our audience like…