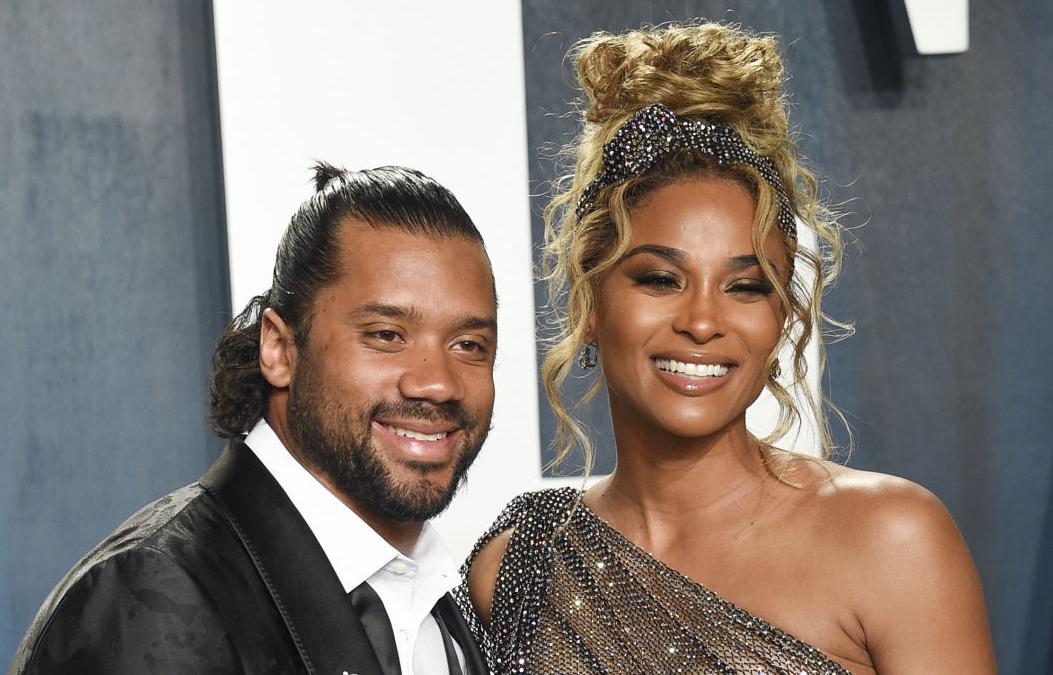 NFL quarterback Russell Wilson, left, and his pop star wife Ciara are now parents to a baby boy. The couple announced the birth of their son named Win Harrison Wilson on Instagram. 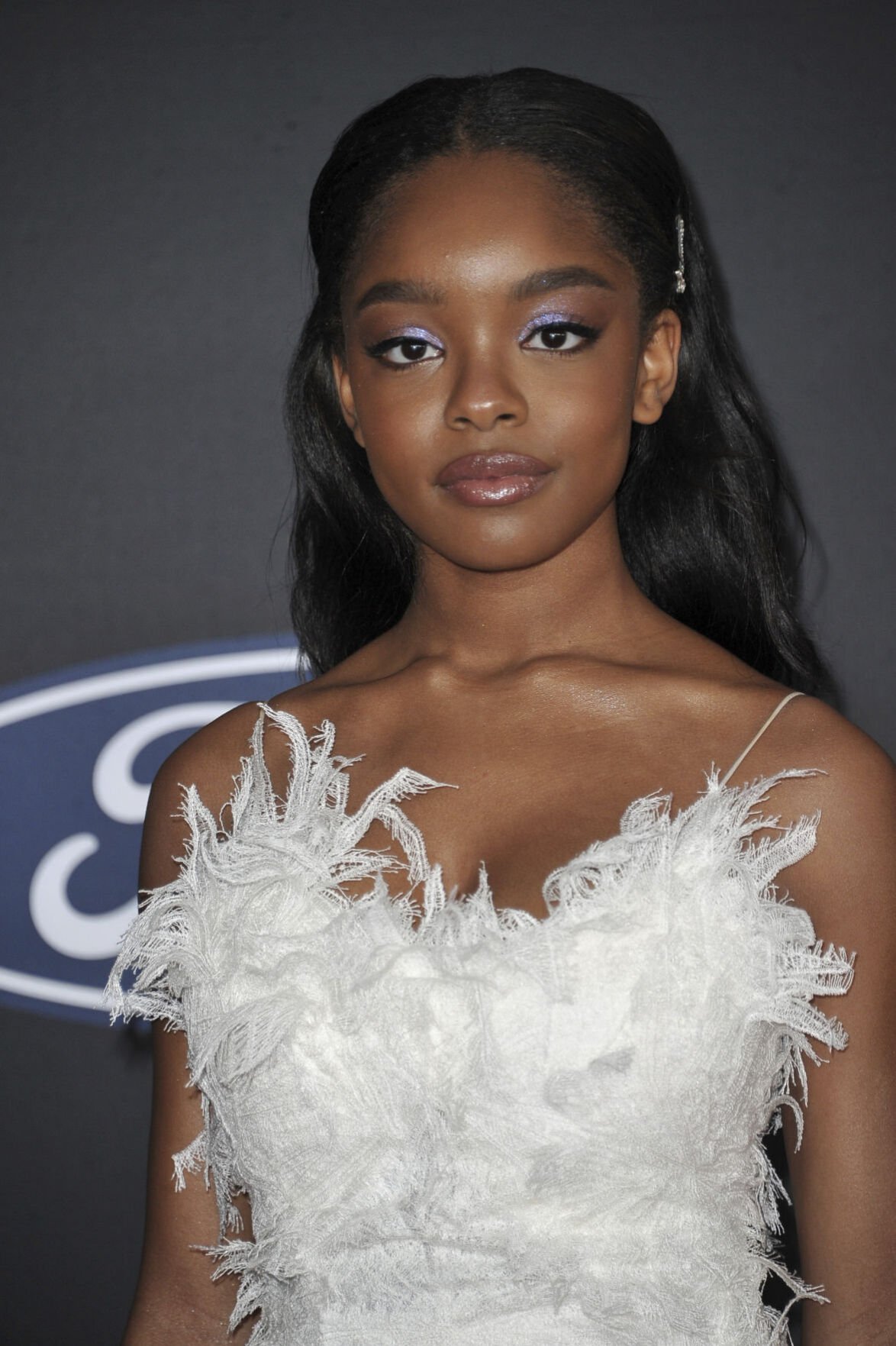 NFL quarterback Russell Wilson, left, and his pop star wife Ciara are now parents to a baby boy. The couple announced the birth of their son named Win Harrison Wilson on Instagram.

Congratulations to singer Ciara and NFL star Russell Wilson because the two welcomed Win Harrison Wilson to their family. Wilson made headlines earlier questioning the NFL on their COVID-19 plans and how the season would progress. He was particularly worried about his then-pregnant wife Ciara. Things are still taking shape with improvements and revisions on the NFL plan and some players, like Eagles Wide Receiver Marquise Goodwin, are opting out of the upcoming NFL season. For now, Wilson has made no such announcement as he enjoys the brand new edition to the family. Win joins big brother Future Zahir, 6, and Princess Sienna, 3 and all are doing well.

Ellen DeGeneres is under fire … at least her talk show is. There have been rumblings that the popular daytime talk show host and comedienne isn’t as nice as projected on the show. One fellow comedian, Kevin T. Porter, took to social media and offered to exchange DeGeneres being rude stories for donations to the L.A. Food Bank. Porter got 2,000 responses, and it went viral and set off a meanest people alive thread about DeGeneres. Then things went from bad to worse as former staff from her daytime talker came forward with allegations of a toxic work environment, not just from DeGeneres but her top staff including executive producers. The stories became so plentiful that Warner Brothers, the studio that producers “The Ellen DeGeneres Show,” has launched a workplace investigation into the allegations, some of which include racist behavior. Producers have released an initial statement claiming responsibility for the show day-to-day is theirs and not DeGeneres’, but they strive for a decent work environment and regret if even one person had a negative experience working on the show. The investigation continues.

Marsai Martin has better news on the talk show front. The 15-year old co-star of ABC’s Emmy nominated “black-ish” has taken on the talk show game. Martin will host “Tiny Talk Show” on the Quibi network. The show is being billed as the world’s smallest functional talk show, and Martin will be co-executive producer. This isn’t the first time Martin has put on the production hat. As part of her first-look deal with Universal Pictures, Martin became film’s youngest executive producer when she co-starred in “Little” with Regina Hall, who also was an executive producer. At press time, no premiere date has been announced for “Tiny Talk Show.”

The nation bids farewell to some stalwart members of our culture. Congressman John Lewis was the youngest speaker to take the podium at the March on Washington, which he helped organize, in 1963. In 1965, Lewis was among the marchers beaten by police when they crossed the Edmund Pettus Bridge from Selma to Montgomery, which became forever remembered internationally as Bloody Sunday and helped spur further civil rights legislation. Lewis was later elected to Congress as a representative of Georgia and continued his civil rights activism. From leading a sit-in during a full session at the House of Representatives to standing at a Black Lives Matter Rally and protest march less than a month before pancreatic cancer would claim his life at age 80, Lewis never stopped fighting.

In Selma, Alabama, Rev. C.T. Vivian famously took a punch in the jaw from Sheriff James G. Clark while Vivian attempted to legally register eligible African Americans to vote and Clark was illegally attempting to stop them. Vivian remained undeterred and continued similar efforts throughout the rest of his life. From his work with the Freedom Riders to Dr. Martin Luther King, Vivian remained on the front lines of protest and peaceful — at least on his part, civil disobedience. In later years, Vivian spoke at public events and colleges in order to keep young people’s eyes on the prize of equality. Vivian was awarded the Presidential Medal of Freedom, the country’s highest civilian honor by the first African-American president, Barack Obama. Vivian was 95.

Songwriter/producer/performer Joseph B. Jefferson was one of Philly Soul’s most prolific contributors. First, he was a founding member of the late 1960s funk band The Nat Turner Rebellion, named for the late U.S. slave revolt leader. Jefferson would later join Thom Bell and Gamble & Huff here in Philly becoming a successful songwriter and producer. His most successful work was writing for the Spinners albums on Atlantic Records beginning with his solo million-selling composition “One Of A Kind (Love Affair”). He then teamed up with Bruce Hawes and Charles Simmons to write a string of Spinners classics including “Mighty Love,” “Love Or Leave,” “Sadie,” “They Just Can’t Stop It” (“Games People Play”) and “Love Don’t Love Nobody.” Jefferson continued to write and/or produce for Philly International artists Patti LaBelle (“When Am I Gonna Find True Love;” “What Can I Do For You” (solo)); Jerry Butler (I’m Glad To Be Back); Silk (Can’t Stop (“Turning You On”); The Three Degrees (“If & When;” “Can’t You See What You’re Doing To Me”), The Futures (“Ain’t No Time Fa Nothing”), The Jones Girls (“This Feeling’s Killing Me”), The Stylistics (“Could This Be The End;” “Maybe It’s Love This Time”), MFSB (“To Be In Love”) and The O’Jays (“Brandy,” “I Really Miss You”). Jefferson was inducted into the Philadelphia Music Alliance Walk of Fame in 2013. Jefferson was 77.

Olivia de Havilland was the last surviving major star of the 1939 movie “Gone With The Wind,” but her acting career spanned nearly five decades after that 1939 epic. A two-time Oscar winner for “The Heiress” and “To Each His Own,” de Havilland rewrote the book on how the classic Hollywood studio system treated its stars. She sued Warner Brothers when they tried to option an extension on her contract based on suspensions they issued her. She won her suit, and it was named the “de Havilland law” as a result. De Havilland also became known for her teaming with Errol Flynn in several successful movies including 1938’s “The Adventures Of Robin Hood.” She later moved to Paris and slowed her performing career quite a bit. To the point where she was quite selective but did appear in “Roots: The Next Generations” in 1979 and in 1988’s “The Woman He Loved.” She participated in many “Gone With The Wind” anniversaries but her last major headline was unsuccessfully suing the producers of the TV movie “Feud: Bette & Joan” in which de Havilland felt defamed by a portrayal she didn’t authorize. De Havilland famously replaced Joan Crawford and re-teamed with Bette Davis in the 1964 psychological thriller “Hush … Hush, Sweet Charlotte.” Leaving behind a body of classic works de Havilland has died at 104.

John Saxon was a character actor whose work spanned generations. In the 1970s, he was side by side with Bruce Lee and Jim Kelly in 1973’s “Enter The Dragon,” the film that essentially kicked off the karate movie franchises. In the 1980s, he did the nighttime soap “Falcon Crest” and returned to the big screen in the horror classic “Nightmare on Elm Street” and two of its sequels. Saxon was 83.

TV legend Regis Philbin has passed away from natural causes. Though he said he regretted that his career stride came in his mid fifties, Philbin’s career is still one for the record books. He was listed in the Guinness Book Of World Records for logging in more hours on camera in TV than anyone else in history. Philbin’s legacy morning show “Live” continues on with Kelly Ripa and Ryan Seacrest, who both joined the ABC network for special programming dedicated to Philbin, who died at age 88.

“Black-ish” and “Grown-ish” actress Yara Shahidi is on the cover of Elle.

Gold medal Olympic gymnast Simone Biles is on the cover of Vogue.

Oscar, Emmy and Tony winner Viola Davis is on the cover of Vanity Fair magazine.