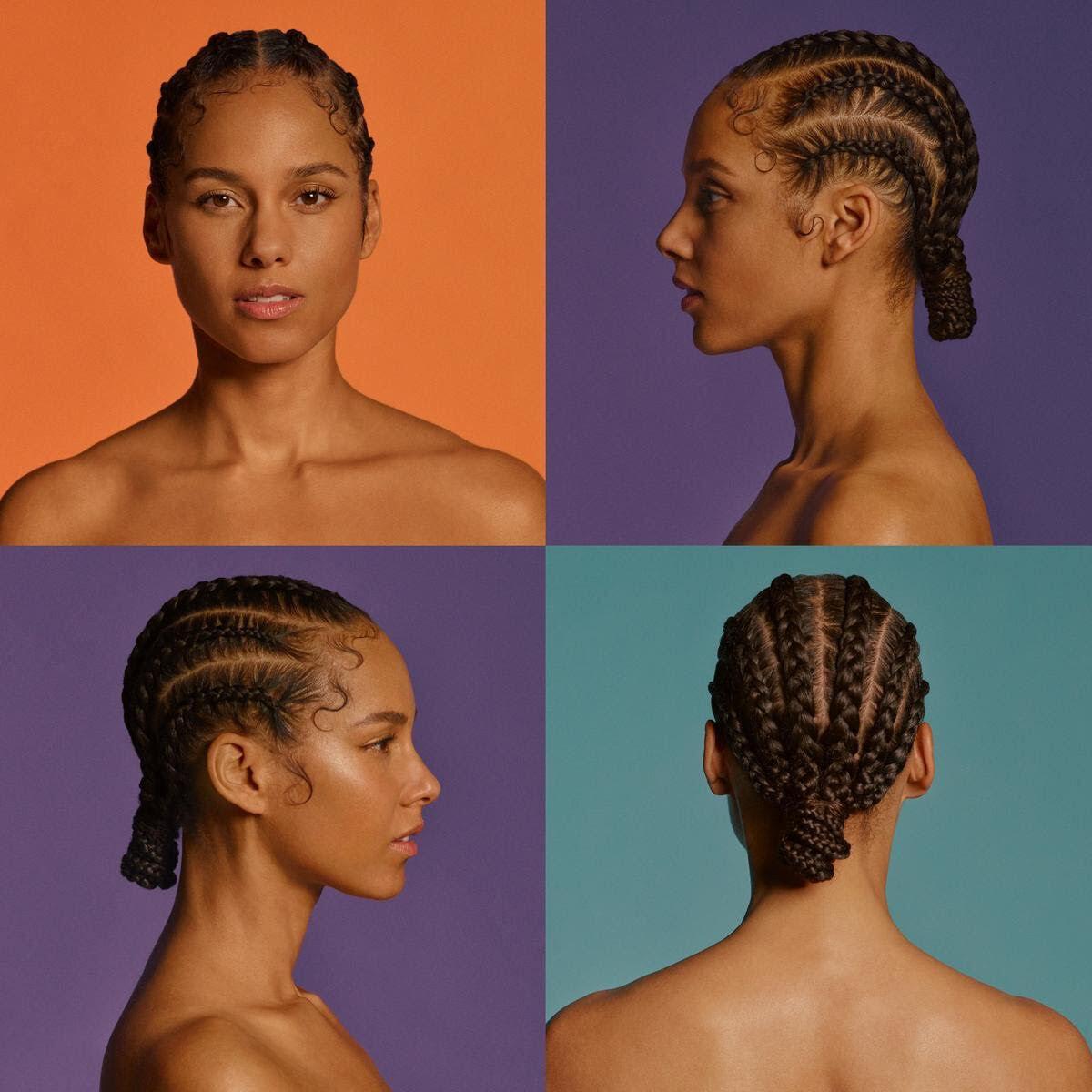 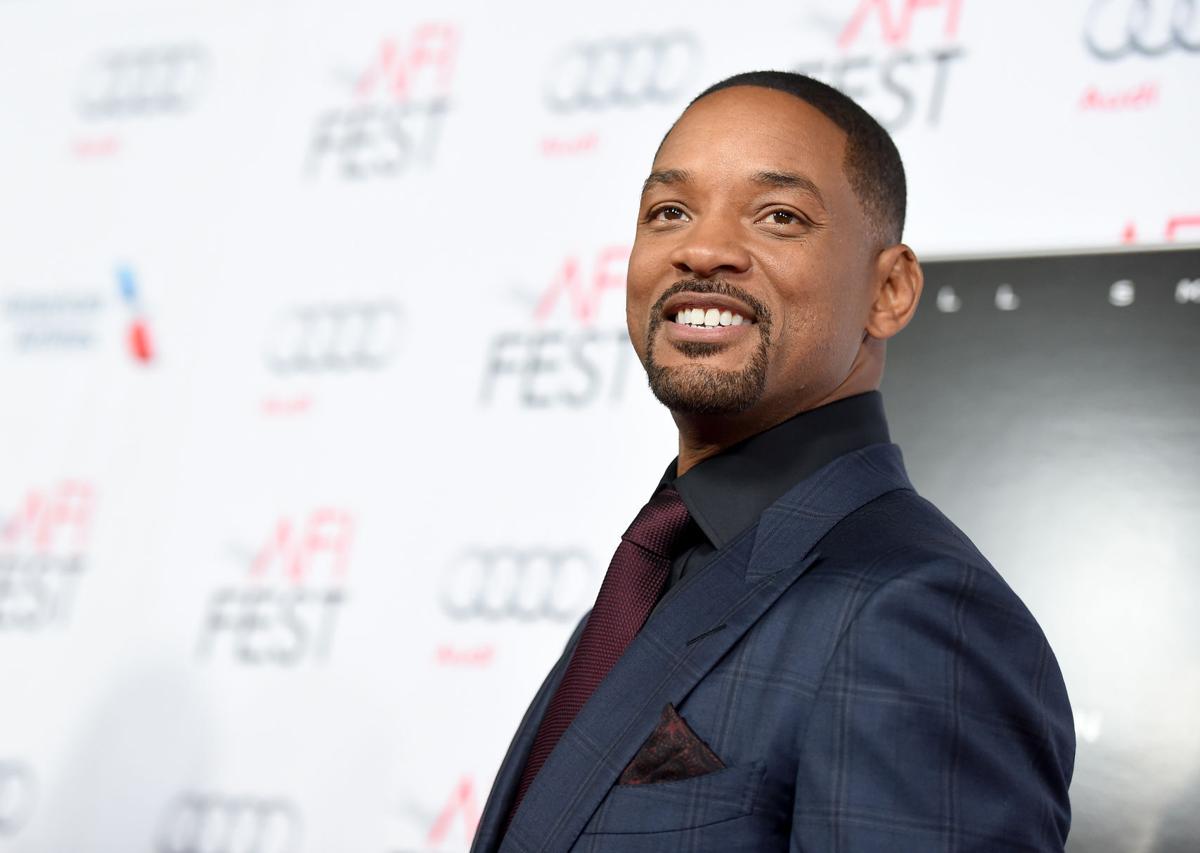 An ‘80s pop queen is finally telling her own story. Madonna has outlasted so many men and women in her almost 40 years as a performer. Now I don’t know what’s going on with her today with the grill and the fake teeth, but she is still a legend. The “Material Girl” is going to co-write and direct a movie of her life. The angle is she wants to show how hard it was as a woman to become the dominant force she is in the music industry. Among her achievement, the singer/songwriter/actress remains the best-selling female singer of all time with over 300 million records sold worldwide. Madonna is also the highest grossing solo touring act of all time. Fun fact: when she first got to New York she took dance at the legendary African-American cultural jewel known as The Alvin Ailey American Dance Theater. With her flair for controversy and taste of the ever changing styles of the 80’s, Madonna seized the MTV crowd and beyond to seal her legend. Along the way she’d team with fellow legends like Babyface, Nile Rodgers, Alanis Morissette, Warren Beatty, Mike Myers, Timbaland and Pharrell Williams. No filming date or casting as been confirmed as of press time for the Madonna bio pic.

Alicia Keys has brand new album coming out on today. It’s called Alicia. Plus, the singer/songwriter is teaming up with American Express. In celebration of the Alicia album, you can check out Keys for an “unstaged” concert. You can find it online at amexunstagedalicia.com and you can log on now.

The “Fresh Prince of Bel-Air” TV show turns 30 years old and not only is there a reunion but fences have been mended from a 27-year-old feud. The “Fresh Prince of Bel-Air” original cast, the series that put Philly’s own Will Smith on NBC’s primetime lineup for six successful seasons, is reuniting and kicking off a reboot/spinoff. First, the reboot is a drama simply called “Bel-Air,” which Smith will executive produce. Morgan Cooper is the director/co-writer with co-writer/producer Chris Collins. They are spearheading this spinoff, which has a two -eason order on the Peacock streaming service and is expected to debut in 2021.

Meanwhile, the reunion of the original cast of “The Fresh Prince of Bel-Air” is happening on HBO Max, and it includes both Aunt Viv’s (Daphne Maxwell-Reid and Janet Hubert). After 27 years and being dismissed from the show after the third season, actress Hubert, who originated the role of Will Smith‘s on-screen aunt, sits down for a one-on-one with Smith as part of the reunion. After years of words back and forth and what seemed to be the point of no return, I, for one, am glad they’re mending fences. It may very well be inspired by the death of the man who was integral to the show and portrayed a great on-screen TV dad. The late James Avery, who died in 2014, played Uncle Phil and emerged to be Smith character’s role model. Avery was also very close to the cast despite all the turmoil. We’ll see a tribute to him and hear from all the cast for the 30th anniversary and to celebrate the entire series coming to HBO Max. Look for “The Fresh Prince of Bel-Air” 30th anniversary special near Thanksgiving on HBO Max.

At one point, 4.2 million people logged on to give a new Verzuz record to Patti LaBelle and Gladys Knight. Not only did the ladies roll out their greatest hits, they gave us some girl talk and scoop. Then they improvised when some of the technical hiccups happened. I interviewed Ms. Patti just before and posted it on my Instagram. Of course, I fell out when Auntie Dionne herself, Dionne Warwick, popped out and joined the ladies. The three sang Dionne and Gladys’ classic “That’s What Friends Are For.” The three ladies, back in 1991, did a remake of Karyn White‘s “Superwoman” for Knight’s album “Good Woman.” The aunties also performed “Superwoman” live on Verzuz. Now that Verzuz has been topping itself, who do you think should be next?

Happy birthday to Tamron Hall. The journalist and host of ABC’s “Tamron Hall Show,” and my former WDAS intern, turned 50 this week and celebrated with the season premiere of her show. Hall kicked things off big time with Andrew Gillum‘s first sit-down interview. The once rising political star, former mayor of Tallahassee and former Florida gubernatorial candidate was joined by his wife R. Jai., who actually brokered the interview. Yes! She put it together so they could talk. Months ago, Gillum entered rehab after he was found naked, inebriated, in his own vomit, in a hotel room with another man, an alleged gay escort. Gillum exclusively admitted to Hall that he identifies as bisexual, and his wife says she accepts his past and she knew. The couple has three children. He’s living his truth and he may be getting back into politics. Gillum says there were no drugs other than alcohol on his part and talked about his depression after losing the governor’s race in Florida. Will people be accepting of Gillum? Time will tell.

Tracee Ellis Ross has signed a new deal with ABC, the home of her hit sitcom “black-ish.” The Emmy-nominated actress, who also happens to be celebrating the 20th anniversary of her hit series “Girlfriends,” has really made a name for herself as a multi-talented entertainer. Not only is she up for a Best Actress Emmy this Sunday, but she co-created, executive produces and narrates the “black-ish” spinoff “mixed-ish.” Now she’s signed a deal with ABC/Disney’s ABC Signature. Ross’ production company, Joy Mill Entertainment, will be based at the ABC studios and produce content for all platforms. The Golden Globe-winning actress says this deal continues her journey as a content creator and storyteller.

Speaking of the Emmy-nominated, congratulations are in order because the Creative Arts Emmys were given out this week. Actress Kerry Washington, who has multiple nominations as an actress, just won her first Emmy as a producer. Washington won with Norman Lear for the revival presentation of two of Lear’s classic ‘70s sitcoms. “Live In Front Of A Studio Audience: All In The Family and Good Times” won Best Variety Special, and, at 98, Lear is the oldest person to win an Emmy and broke his own record he set last year. Meanwhile, the primetime Emmys will be virtual. The Emmy nominations have broken their record by nominating more people of color than ever before. Among the nominees are “Watchmen,” the HBO superhero series that focuses on America’s racial history, receiving 26 nominations, the most of any series including a Lead Actress Drama nomination for Oscar winner Regina King. Sterling K. Brown and Maya Rudolph are double nominees this year as Brown is up for T”his Is Us” and “The Marvelous Mrs. Maisel,” and Rudolph is up for “Saturday Night Live” and “The Good Place.” Andre Braugher (“Brooklyn Nine-Nine”), William Jackson Harper (“The Good Place”), Oscar winner Mahershala Ali (“Ramy”), Samira Wiley (“The Handmaid’s Tale”), Thandie Newton (“Westworld”), Tituss Burgess (“Unbreakable Kimmy Schmidt: Kimmy vs. The Reverend”), Yahya Abdul-Mateen II (“Watchmen”), Oscar winner Louis Gossett Jr. (“Watchman”), Uzo Aduba (“Mrs. America”), Billy Porter (“Pose”), Sandra Oh (“Killing Eve”), Anthony Anderson and Tracee Ellis Ross (“black-ish”), Ramy Youssef (“Ramy”), Zendaya (“Euphoria”), Don Cheadle (“Black Monday”), Giancarlo Esposito (“Better Call Saul”), Jeffrey Wright (“Westworld”), Octavia Spencer (“Self Made”), Kerry Washington (“Little Fires Everywhere”), Kenan Thompson (“Saturday Night Live”), Yvonne Orji (“Insecure”) and double nominee Issa Rae for Best Actress and Executive Producer (“Insecure”) are those vying for Emmys. Presenters include Gabrielle Union, Anderson, Rae, and Lena Waithe with special appearances by Oprah Winfrey and H.E.R. Jimmy Kimmel returns as host of the Emmys this Sunday at 8 p.m. on ABC.

Tamar Braxton: so what’s her status now? 2020 has seen the reality star and singer go through a reported suicide attempt. Braxton was found un…