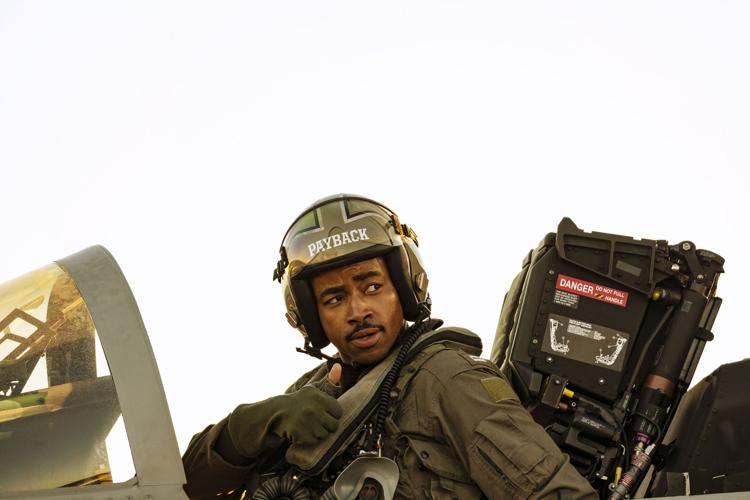 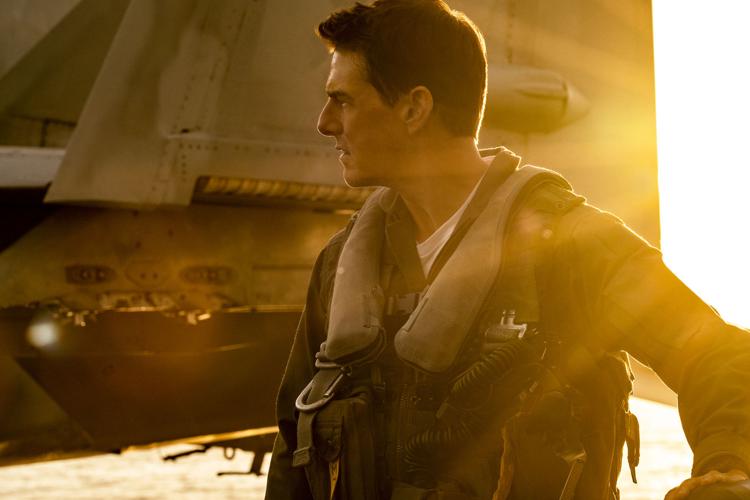 From the first dulcet tones of its synthesized score to the Univers Ultra Condensed font used in its opening credits, “Top Gun: Maverick” announces in no uncertain terms that it feels the need ... the need to wring every nostalgic smile, cheer and teardrop it can from fans of the 1986 original.

Replaying the prologue of its predecessor nearly beat for beat — that adrenaline-pumping music taking us into the danger zone; those sleek, vaguely phallic fighter jets taking off and landing on a huge aircraft carrier, while cool-looking guys gesticulate in cool-looking semaphore; all of it drenched in a romantic, magic-hour glow — “Top Gun: Maverick” knows exactly what it’s doing and how to execute the plan. Like the hyper-competent aces at the story’s core, this is a movie that defines its lane early and sticks to it, with finesse, unfussy style and more than a few sneak attacks of emotion.

That “Top Gun: Maverick” works so well can surely be attributed to Tom Cruise, who created the title character, rule-floutin’, death-cheatin’, heart-breakin’ pilot Pete Mitchell (call sign: Maverick). In the first movie, Pete was working out some daddy issues while he learned to shoot down Soviet MiGs; 30 years later, he’s still a captain in the U.S. Navy, working as a test pilot and, in a beautifully staged prelude of things to come, zooming into the stratosphere to stave off obsolescence at the hands of remote-flying drones.

Soon enough, Pete is called back to the Top Gun aviator school in San Diego, where he’s tasked with teaching a new class of elite pilots to fly a tactically impossible mission. He’s brought his daddy issues with him, this time in the form of lingering guilt over the death of his best friend Goose (played by Anthony Edwards in “Top Gun”), and the fact that one of his students is Goose’s bitter son Bradley (Miles Teller).

Bradley’s call sign is Rooster, which we learn in a raucous barroom scene introducing the brand-new batch of swaggering stick jockeys; they have call signs like Coyote, Fanboy and Omaha, but they might as well be Callback, Easter Egg and Reference in a movie brimming with all three. In less skilled hands, such constant nods to the past would feel pandering and lazy. But Cruise has enlisted his own crack team to turn an otherwise ho-hum retread into a handsome, occasionally funny and smartly self-aware exercise in escapism that in many ways outperforms the classic it’s sequelizing.

For one thing, Pete himself has become a far more interesting protagonist, losing the cocky air of petulance and impunity and mellowing into a man with some miles on him. He’s still being dressed down by superiors (played with note-perfect gruffness by Ed Harris and Jon Hamm), and they still can’t resist his charms, ending nearly every argument by gazing at him with adoration. (“He’s the fastest man alive,” one of them murmurs.) “Top Gun: Maverick” hews to the structure of the first movie, punctuating scenes of rivalry, seduction and personal reckonings with increasingly difficult flight tests and simulated dogfights, the whole thing culminating in a genuinely spectacular, climactic real-time battle.

Let’s be honest: The 1986 film, directed by Tony Scott from a script by Jim Cash and Jack Epps Jr., was corny to the point of camp. (That slo-mo volleyball game, played by bronzed and shirtless flyboys, still reigns supreme as the most hilariously homoerotic scene of 20th-century cinema.) In the hands of director Joseph Kosinski, working with a screenplay by Ehren Kruger, Eric Warren Singer and Christopher McQuarrie (from a story by Peter Craig and Justin Marks), the testosterone and fetishistic posturing have been toned down, sacrificing nothing by way of shamelessly indulgent entertainment value.

So: The volleyball scene is now a football game — shirtless in some cases, but also including a female pilot (call sign Phoenix, played by Monica Barbaro), and one in which Cruise’s character holds his own with the buff newbies before gracefully retiring to the sidelines. Kosinski has enlisted a terrific ensemble to play the young pilots, who are constantly one-upping and chicken-fighting each other: Teller simmers convincingly with unresolved rage at Pete; within the otherwise anonymous collection of supporting players, Jay Ellis, Glen Powell and Lewis Pullman are particularly effective as Payback, Hangman and Bob.

That last call sign is just one example of the low-key humor that runs through “Top Gun: Maverick,” which gratifyingly never resorts to snark or smug winking. Although Jennifer Connelly delivers an impressively relaxed, appealing performance as Penny, the bar owner Pete reconnects with after an apparently messy breakup several years ago, audiences know that the real love story in a “Top Gun” movie is between the pilots and their wingmen. In the film’s most affecting sequence, Pete goes to see his old frenemy Iceman (Val Kilmer), who may be physically diminished but is no less distinguished; it’s a get-out-your-mankerchiefs moment played with taste, restraint and sincerity that’s as disarming as it is quietly authentic.

At the center of all the turning and burning, banking and nosediving and bro’ing down sits Cruise — wearier, warier, but still in complete control like few other stars who have crossed into the 21st century. As a performer, he’s both commanding and generous, knowing exactly when to step back, when to throw in a self-deprecating joke and when to become Tom Freaking Cruise, in all his smiling, instinctively charismatic glory. As a producer, he has wisely taken the nearly 40 years in between “Top Guns” to steward the property with care and intelligence, resulting in a movie that feels familiar and new in just the right proportions.

Among its many virtues, most amazingly, “Top Gun: Maverick” doesn’t feel like a video game or a three-dimensional comic book or an ad for a TV show. It splashes extravagantly across the screen in its own battle against obsolescence, as if to say: This is what movies looked like, once. And this is what they can look like again.