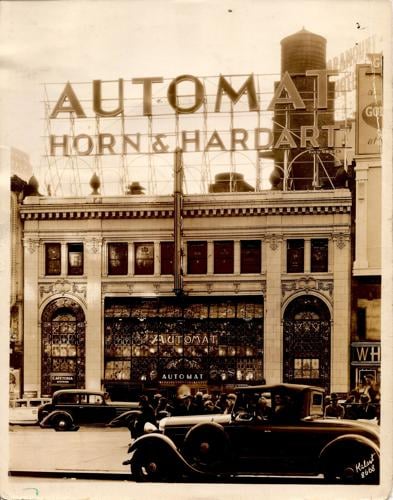 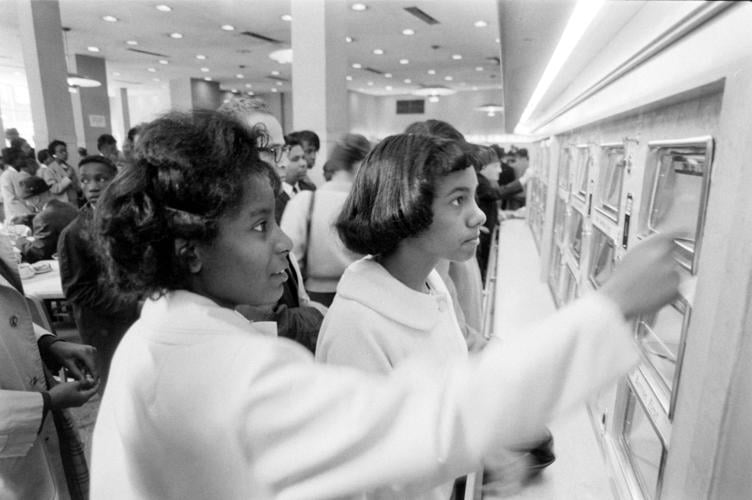 Baltimore students having their lunch at automat during their school excursion, 1964. —Photo: Stan Wayman/The LIFE Picture Collection via Getty Images 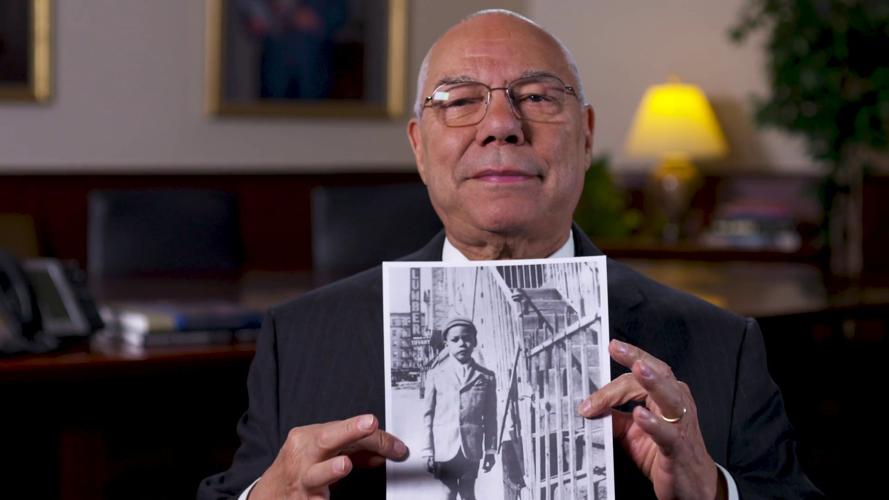 Colin Powell holding a photo of himself, c. 1943 in The Automat. —Photo courtesy of A Slice of Pie Productions 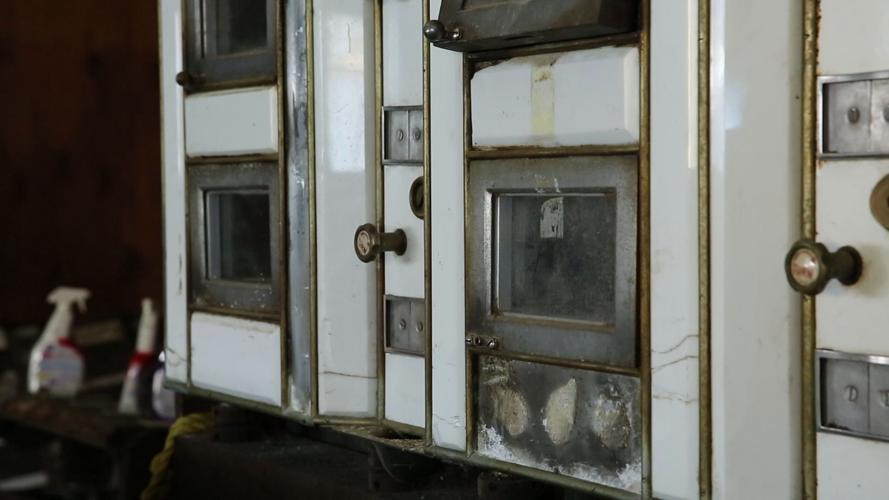 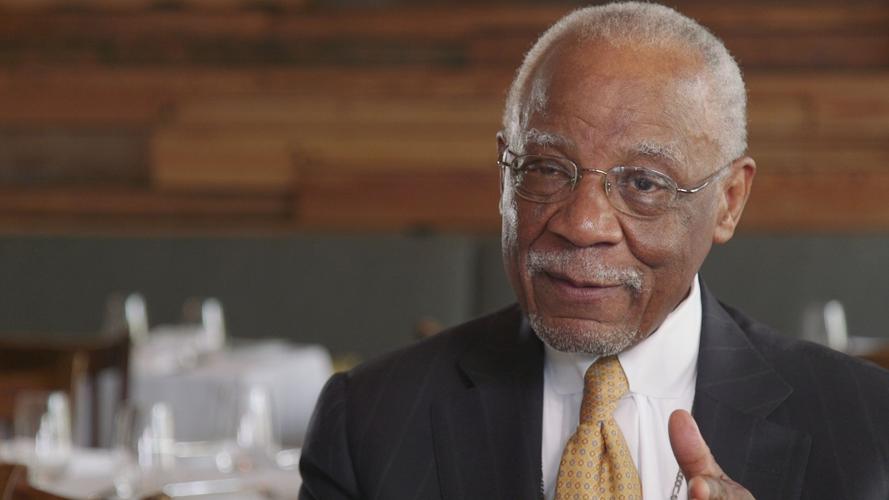 Wilson Goode In The Automat.

—Photo courtesy of A Slice of Pie Productions 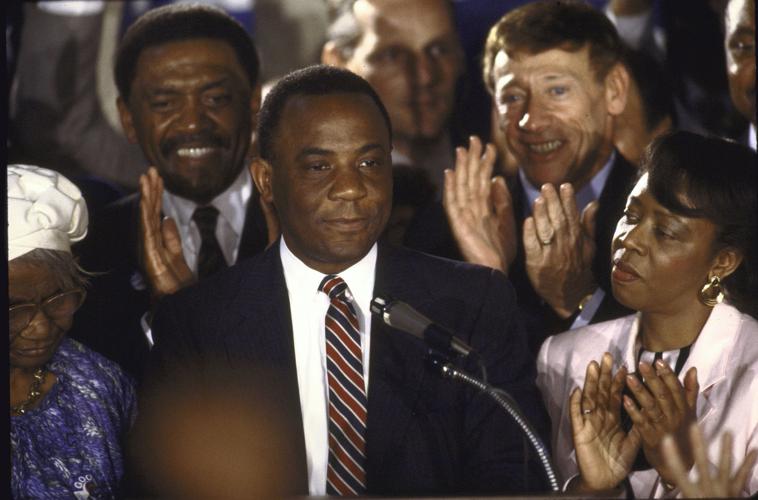 Baltimore students having their lunch at automat during their school excursion, 1964. —Photo: Stan Wayman/The LIFE Picture Collection via Getty Images

Colin Powell holding a photo of himself, c. 1943 in The Automat. —Photo courtesy of A Slice of Pie Productions

Wilson Goode In The Automat.

—Photo courtesy of A Slice of Pie Productions

Filmmaker Lisa Hurwitz brings a piece of Philadelphia history back to life with her film “The Automat.” The Automat was a dining experience that brought people from all social classes together to enjoy a meal out at a reasonable price. It’s roots can be traced back to Philadelphia.

The history of Automat began in the late 1800s. America was on the move, and business was thriving. For the first time, women were also infiltrating the workplace. Naturally, all those employees required a place to eat. Horn and Hardart arrive with The Automat.

The inspiration behind this new venture was waiterless restaurants in Germany and Scandinavia, which were the birthplaces of the concept that would later revolutionize the American food industry. The Automat in Philadelphia was not the first to open in America, but it was the first to be successful. Joseph Horn, a native of Philadelphia, and Frank Hardart, a resident of New Orleans, were the visionaries behind this new way of dining. The concept was to provide superior quality food to the masses in a beautiful setting at an affordable price.

The first location was at 818 Chestnut Street in Philadelphia with other locations in Center City and other parts of the city, making them easily accessible.

Wilson Goode, former Mayor of Philadelphia, is featured in the documentary and shared what the Automat meant to him as well as how the restaurant influenced his political career.

He explained how he first was introduced to the historic chain “I was working on Broad and Chestnut Street, and I would stop by every morning to get coffee and some breakfast while I was working there.”

Later as he would embark on his activism career, he met a group of men called ‘Men Concerned.’

Goode explained that “Men Concerned were a group of professional men that worked in Center City. They would meet at The Automat to talk about the state of African American men and held meetings with the city’s political officials and office candidates.”

Those meetings were the foundation of the Black Political Forum. Goode stated those meetings were the foundation of changing the political landscape in Philadelphia “We would meet there over a period of five years to organize political reform. Part of that movement was Harvey Williams and John F. White, resulting in the Black Political Forum. That group would sponsor Williams in 1969/70 to become the first Black elected official in the Commonwealth of PA.”

The other upside Goode shared was “the Automat not only was welcoming, but you could get a superior quality meal there.”

Affordability was the Automat’s business structure, as depicted in the film.

The motivation may have been low cost, but it also provided an experience. In Goode’s case, it paved the way to become Mayor. Others valued the chance to spend time with family or friends over a hot meal.

“I’ve had coffee all over the world, and none of them compared to the Automat,” Mel Brooks said.

“The Automat” film will transport Philadelphians back to their childhood memories of receiving a roll of nickels and venturing into the exciting world of food. So, transport back to the world of open dining rooms, rolls of nickels, and great food behind an automated door when the film opens March 11th at the Ritz 5.