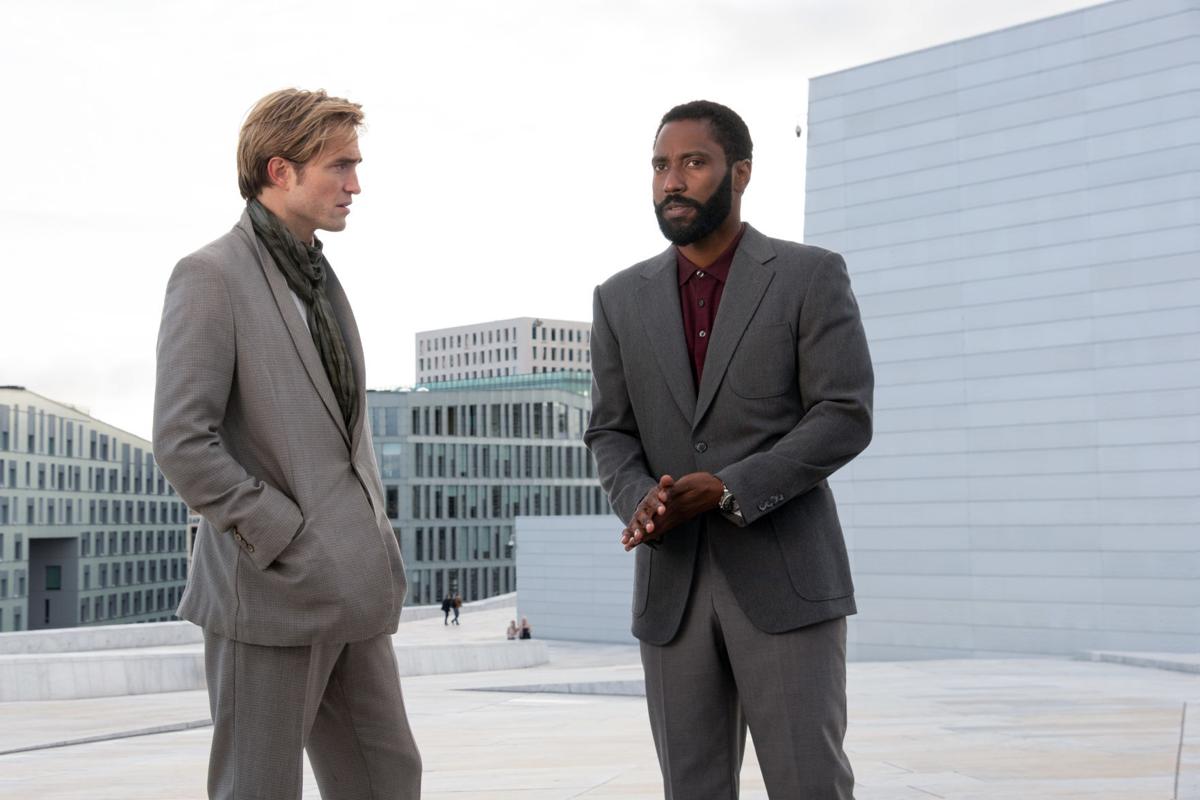 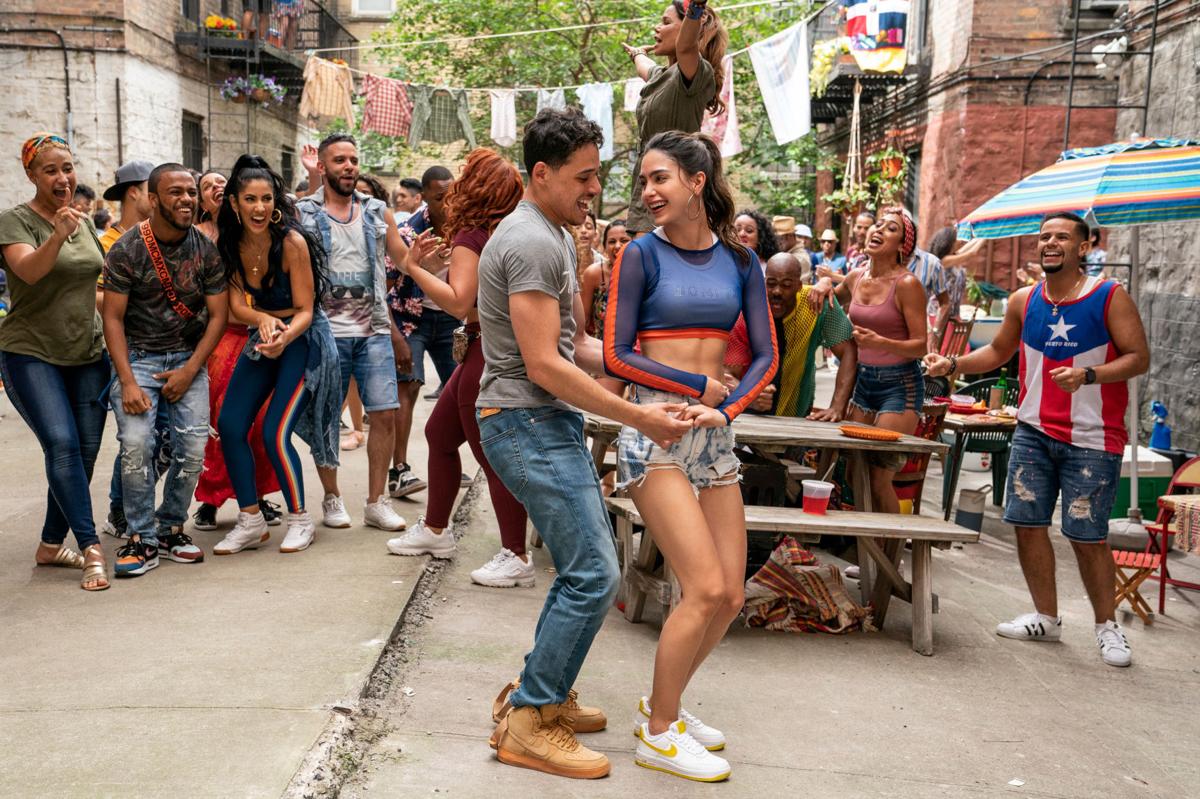 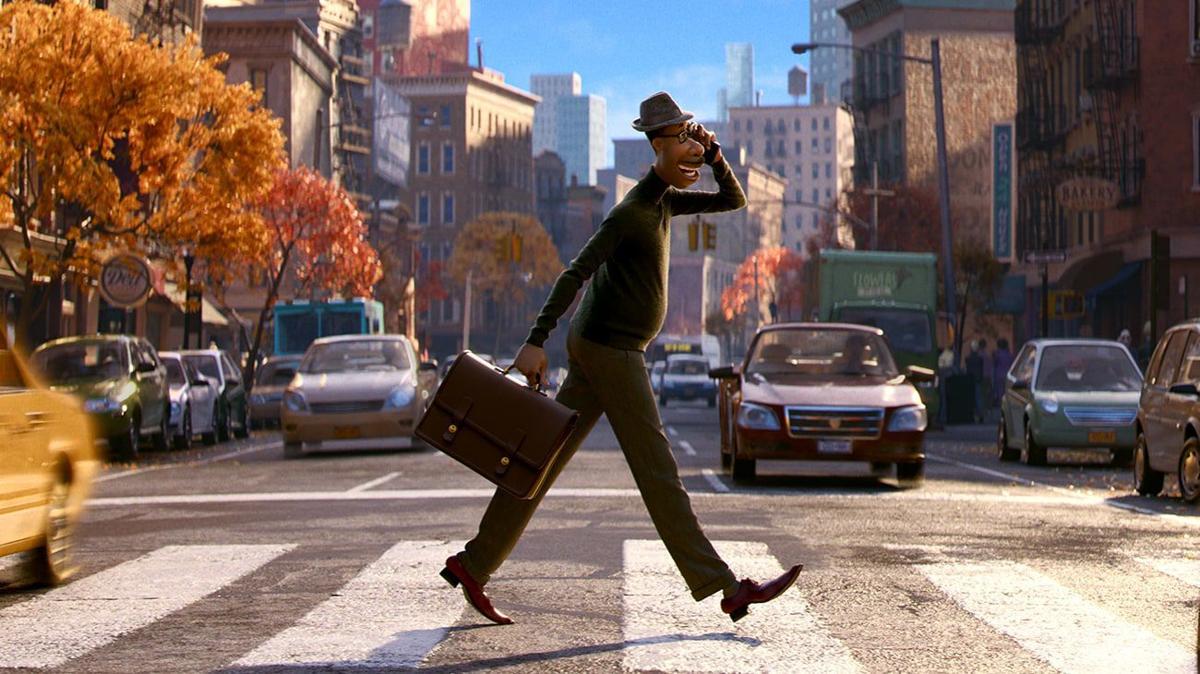 In Pixar’s “Soul” Joe Gardener is a middle school band teacher who has long dreamed of performing jazz music onstage, and finally gets a chance after impressing other jazz musicians during an opening act at the Half Note Club. —Disney.com photo

In Pixar’s “Soul” Joe Gardener is a middle school band teacher who has long dreamed of performing jazz music onstage, and finally gets a chance after impressing other jazz musicians during an opening act at the Half Note Club. —Disney.com photo

Even films about impending apocalypses and world crises cannot get us through the very real world crisis we’re living through, at least not this summer.

Studios are holding movies that would’ve offered viewers an air-conditioned reprieve, all in the hopes that coronavirus cases will slow and theaters can later reopen.

That probably shouldn’t happen, according to most public health experts, but we can still talk about these movies until they’re finally released (or studios cave and release them on streaming services, a la “Trolls World Tour”).

These are the films we’re bummed we can’t go see. They’re all now slated for a theatrical release later this year or in 2021, assuming it’s safe to reopen then.

This could’ve been one of the big summer blockbusters had it been released on time in June, but the “Wonder Woman” sequel had flitted around the release schedule even before the pandemic began. As of now, it’s set to finally hit screens in October.

Why we’re stoked: Eighties nostalgia, Kristen Wiig as a villain and Chris Pine’s baby blues. Sign us all the way up.

The Jordan Peele-produced horror flick “Candyman” was set to deliver the scares this summer, but it’s been pushed back to October, an appropriately scary release date. The reboot of the 1992 film stars “Watchmen” breakout Yahya Abdul-Mateen II.

Why we’re stoked: Listen. It’s iconic filmmaker Jordan Peele, known for modern classics like “Get Out” and “Us,” plus long-legged-legend Yahya Abdul-Mateen II — everything we could ever want.

Scarlett Johansson’s superhero Black Widow was set to be (spoiler) revived for this presumed prequel, which was supposed to premiere in May. It’s Marvel’s second film with a solo female lead (or three, if you consider Florence Pugh and Rachel Weisz as Johansson’s co-leads), and this one has actors attempting Russian accents, which will be, uh, interesting.

Why we’re stoked: Exaggerated Russian accents, a Marvel budget, and weird black-flippy fight choreo by the actress who famously thinks she can play any race and/or sexuality. Though notably missing our favorite Marvel eye-candy (looking at you, Chris Evans), how could we ever miss this?

Pixar’s latest stab at existential children’s fare — and its first with a Black protagonist — stars Jamie Foxx, Angela Bassett, Philly’s own Questlove and “Hamilton” standout Daveed Diggs in the tale of a jazz musician whose soul is stuck in limbo. Originally scheduled to premiere in June, it’s been pushed to an awards-friendly November release.

Why we’re stoked: Pixar has FAMOUSLY never missed. We’re honestly still recovering from the heartbreak we suffered at the hands of “Coco” (Remember! Me!), so this delay gives us ample time to stock up on tissues. Go on, “Soul,” break our hearts!

No Time to Die

Well, we don’t have this new James Bond film yet, but we do have Billie Eilish’s song of the same name.

The release of the song, of course, was meant to coincide with and promote the release of the film, rumored to be Daniel Craig’s last stint in the Bond role (RIP). At least we can listen to Eilish’s moody vocals while mourning the warm-weather blockbuster we could’ve had.

Why we’re stoked: In a world where movie franchises can be so hit or miss, James Bond, specifically Craig’s reign as Bond, has been refreshingly exciting. Each film manages to both pay ode to all the classic Bond things while still remaining relevant to this day and age. Also, everyone is inhumanly beautiful and there are bound to be a bunch of epic car chase scenes.

Do you remember the all-women Ghostbusters team of 2016? Neither does this film, which reboots the franchise to star Paul Rudd and Finn Wolfhard of “Stranger Things.” Directed by Jason Reitman, son of original “Ghostbusters” director Ivan Reitman, the sort-of sequel roped in original cast members Bill Murray, Dan Aykroyd and Sigourney Weaver, among others. There’s been no word on whether Zuul was offered a cameo.

Why we’re stoked: Even while being bitter at the treatment of the 2016 remake (they deserved better!), we’re pumped to see Rudd and the original cast.

Before he was Hamilton, musical theater multihyphenate Lin-Manuel Miranda played Usnavi, a Dominican-American running a stop-and-shop in his close-knit Washington Heights barrio. Jon M. Chu, director of the smash hit “Crazy Rich Asians,” directs this adaptation of Miranda’s musical slice of life in upper Manhattan, his first to win the Tony Award for Best Musical.

Why we’re stoked: The film stars “Hamilton” breakout Anthony Ramos in the role Miranda originated, and if you’ve streamed the musical on Disney+ then you know he’s a star who can play both a Revolutionary-era abolitionist and a rapping 9-year-old with ease. And fear not — Miranda gets a cameo in the film, too, as “Piragua Guy.” He even gets a solo! Qué calor.

Originally slated for a spring 2020 release, the sequel picks up where John Krasinski’s major directorial debut left off — with Emily Blunt and her children, just trying to make their way through the world silently to avoid those sound-sensitive monsters. This time they encounter another survivor, played by Cillian Murphy, and Krasinski will appear in flashbacks.

In a coronavirus-free world, we would’ve already enjoyed a healthy dose of ‘80s nostalgia with this long-awaited “Top Gun” sequel. Now we have to wait almost a year to see our Maverick take to the skies again — Paramount Pictures pushed the film to an early July 2021 release date. The original came out in 1986, though, so what’s one more year?

Why we’re stoked: Again, the film premiered what feels like eons ago and gave Tom Cruise his Hollywood bonafides. He’s made great popcorn flicks since, but do any of them have the same schmaltz and sky-jinx (that’s sky hijinx, hello) as “Top Gun?” Its premiere also gives us an excuse to rock aviator sunglasses and jam to “Danger Zone” all summer.

Disney’s big offering of the summer was shelved indefinitely this week due to the coronavirus — it was previously scheduled to premiere in March.

This retelling of the familiar Chinese folktale of Mulan, the warrior whose goal to bring honor to her family saved imperial China in the process, stars a majority Asian cast, including Chinese actors Gong Li, Jet Li and Liu Yifei, who plays the titular warrior.

Why we’re stoked: This movie has no Mushu and no lovable misfit comrades in arms, but it promises to be a faithful yet fantastical take on “Mulan.” Unlike some of Disney’s live-action adaptations like last year’s “The Lion King,” which was an almost shot-for-shot remake of the beloved original with celebrities as the uncanny cats, or “Beauty and the Beast,” a relatively straightforward take on the classic, this “Mulan” appears to tell a familiar story in a new way with an emphasis on feminism and family. We will miss “I’ll Make a Man Out of You,” though.

The movie theater industry was hedging its bets on Christopher Nolan’s latest head-scratcher, but the film’s release has been continually pushed back — and thus, so have movie theater reopenings.

Why we’re stoked: We know next-to-nothing about what this film is about. Knowing Nolan’s work, it’s definitely not as straightforward as the time travel and doomsday stuff the trailer suggests. We do know it stars John David Washington (“BlacKkKlansman”) and Robert Pattinson, and there will be twists aplenty, so there’s that to look forward to when it premieres ... someday.

Wes Anderson’s ensemble piece about an international journalism operation in the early 20th century promised to be sepia-soaked version of his Oscar-nominated, candy-colored confection “The Grand Budapest Hotel.” The release of his follow-up, starring Anderson regulars like Bill Murray and Tilda Swinton plus indie heartthrob Timothée Chalamet, is now on indefinite pause.

Why we’re stoked: Anderson’s style of cinematic ennui is oft-imitated, rarely duplicated — he’s got a way of making you care for his quirky characters at their most aloof, a surprising suckerpunch set against an exquisitely detailed backdrop. A Wes Anderson picture has become an event, and we haven’t had a live action one since “Budapest” in 2014. The cinephiles are starving!