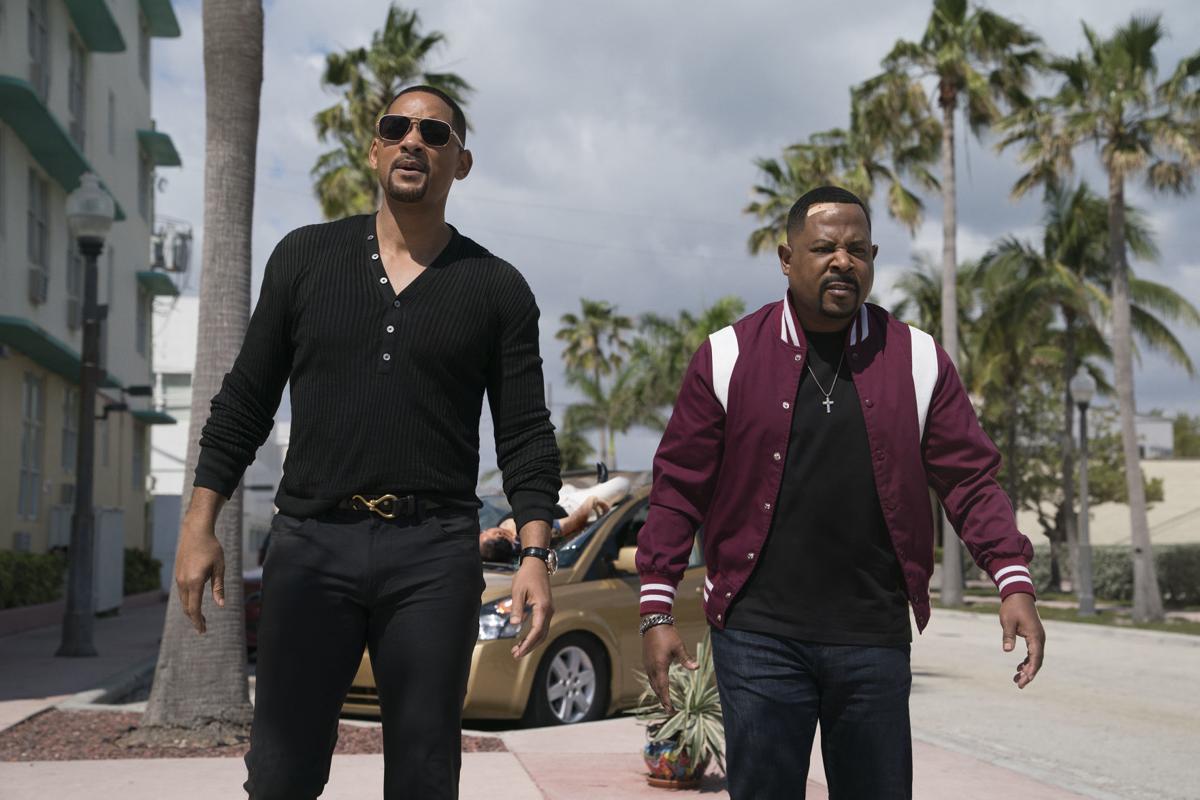 This image released by Sony Pictures shows Martin Lawrence, right, and Will Smith in a scene from “Bad Boys for Life.” 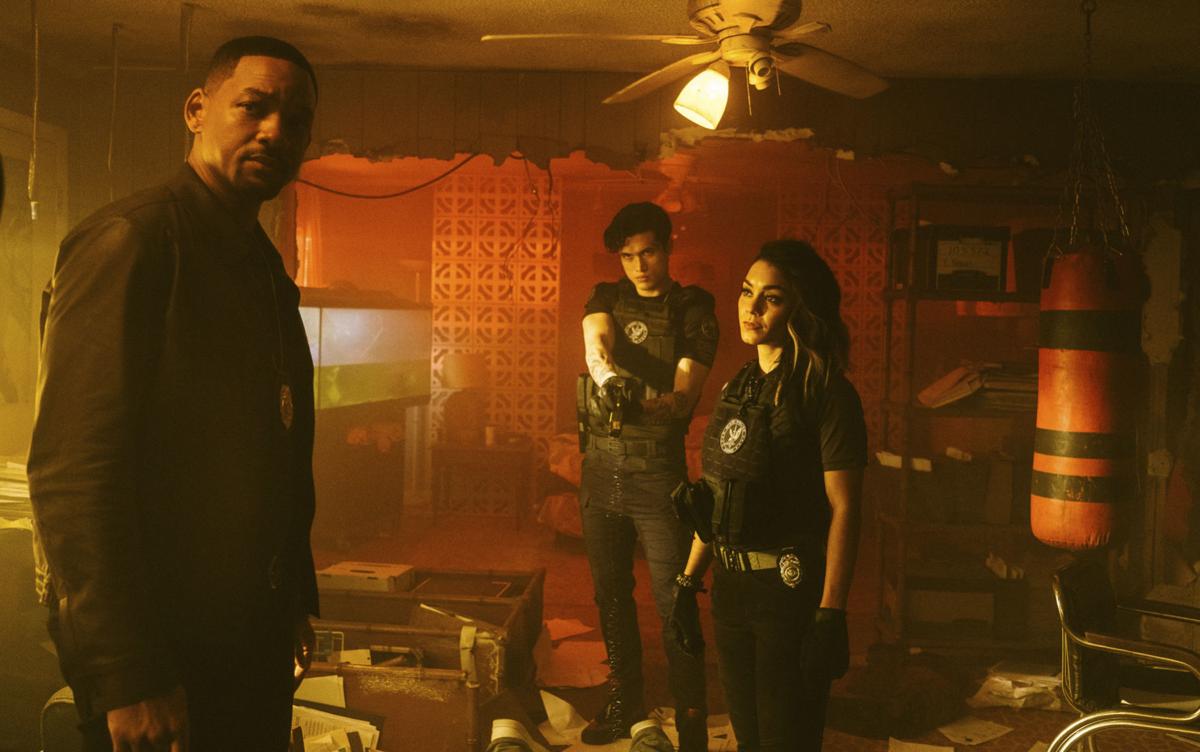 This image released by Sony Pictures shows Will Smith, from left, Charles Melton and Vanessa Hudgens in a scene from “Bad Boys for Life.” — Columbia Pictures-Sony photo via AP 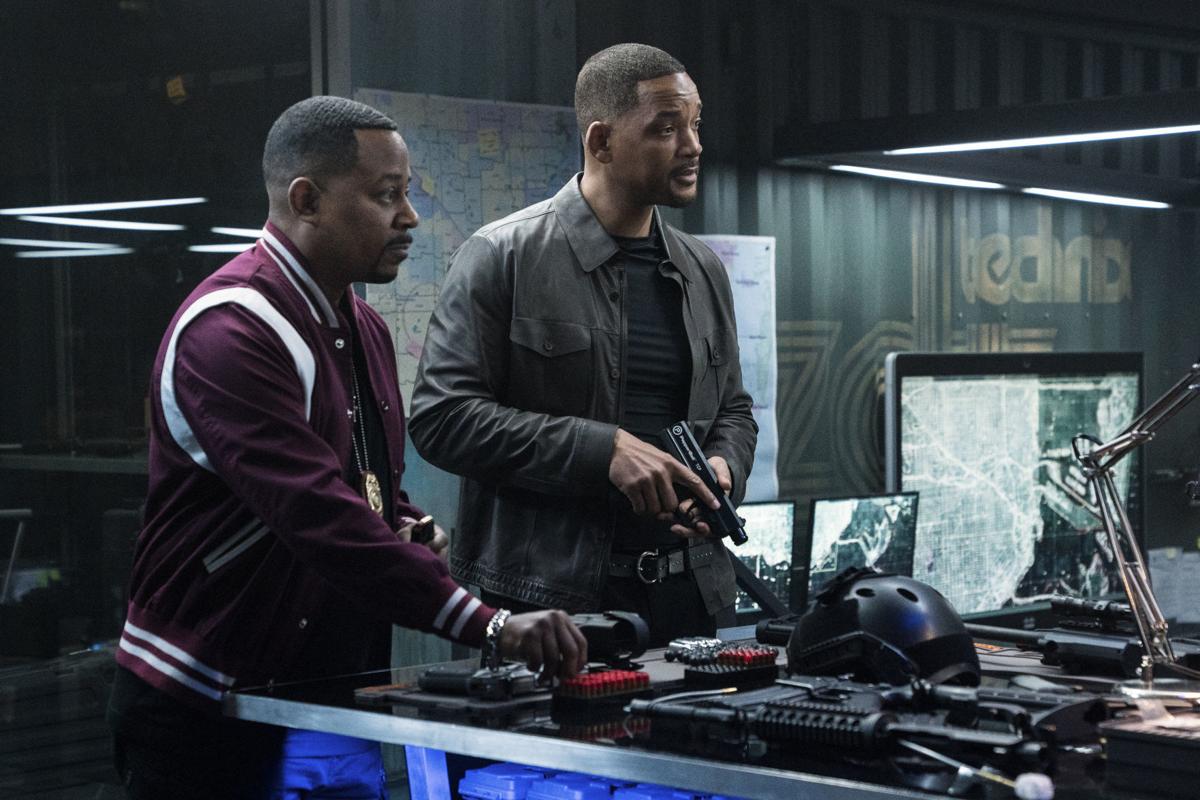 “Bad Boys for Life” is the third installment to the Martin Lawrence, left, and Will Smith “Bad Boys” franchise.

This image released by Sony Pictures shows Martin Lawrence, right, and Will Smith in a scene from “Bad Boys for Life.”

This image released by Sony Pictures shows Will Smith, from left, Charles Melton and Vanessa Hudgens in a scene from “Bad Boys for Life.” — Columbia Pictures-Sony photo via AP

“Bad Boys for Life” is the third installment to the Martin Lawrence, left, and Will Smith “Bad Boys” franchise.

They first teamed up for Bad Boys in 1995, to great box office success. There was an encore in 2003, Bad Boys II,” which was distinguished by incredible stunts. Now, Philadelphia’s own Will Smith and Martin Lawrence go back to the same well one more time. Is there any water left?

Michael Bay (Transformers, Armageddon) directed the first two films, with an over-the-top, over-produced style that seems dated by today’s standards. The smartest choice franchise producer Jerry Bruckheimer made was to hire two new young directors to guide the series into the 2020s.

A sporty looking, deep blue 992-Generation Porsche speeds through the streets of sunny Miami. If a reckless 20-something was behind the wheel, you’d call the car a chick magnet. Instead it’s 51-year-old detective Mike Lowrey (Smith) steering the vehicle with his lead foot on the accelerator. In his hands the sports car is more a middle-ager’s last grasp at youth. Lowrey’s 54-year-old partner detective Marcus Burnett (Lawrence) sits petrified in the passenger seat, holding on for dear life and nauseated by the hyper-dangerous ride.

Burnett: “I’m about to throw up.” Lowrey: “You better not. That’s hand-stitched Italian leather. You better drink that s—t!” And so, it begins. Edge-of-your-seat action scenes are perfectly shot. Thrills and chills. Two old friends: One, a swinger, clearly still in the game. The other is a family man a whisper away from retirement with an accountant’s nervous stomach and no love left for a cop’s perilous life.

According to the blueprint drawn by screenwriters Chris Bremner, Peter Craig (The Town) and Joe Carnahan (Narc, TV’s The Blacklist), this is how the film will play out: A plot involving revenge from a former Mexican assailant Isabel Aretas (Kate del Castillo, All About Nina) and her minion (Jacob Scipio, Hunter Killer) evolves. Assassinations of lawyers and judges rain down on Miami like a summer storm.

Subtly and brazenly, in humor and family drama, the script rips into the ages of the two protagonists like someone pouring salt on an open wound. The “boys” have lost a few steps and added gray hairs that industrial-strength Grecian Formula can’t fix. The contrasts between the veterans and the new justice league gets played for laughs — especially between Smith and Melton.

Though the script is solid in most aspects, its rapid-fire banter is its strongest asset. When Smith and Lawrence exchange verbal jabs nothing is off the table. Viagra, becoming a grandparent, the last time either one had sex ...

Equally strong is the chemistry between the two leads. Twenty-five years later, their bromance is as fresh as the day they met. Smith, as the mercurial, perpetual bachelor exhibits his best swagger in years. His Mike is like an old clubgoer who hasn’t realized the crowd around him is young enough to be his children. Lawrence’s curmudgeon and sensitive character plays perfectly against Smith’s brash attitude. He’s hysterical in ways only true comedians can be. The characters’ bond is easy to like and has been cherished by filmgoers who will likely follow them into old age even as these bad boys start to solve crimes in nursing homes.

Every member of the cast shines brightly: Joe Pantoliano as the very manic Captain Howard; Kate del Castillo is so evil she would make a witch blush. As Aretas, she sneers: “A bullet is mercy for that son of a bitch.” Paola Nunez makes Rita brave and sensual. A very fluid cameo performance by DJ Khaled, as a smarmy crook, should win him more roles. Jacob Scipio as the evil, coldblooded assassin puts his stamp on this movie. Theresa Randle, Nicky Jam, Massi Furlan, José Alfredo Fernandez and John West Jr. fill out the ensemble.

So, what’s the flaw? The finale looks too artificial: The camera focuses on an empty building, the lens targets two rats. The rodents are so clean and white they look like they came from central casting with personal hairdressers and makeup artists. The building is entirely too majestic (production designer Jon Billington, set decoration Lori Mazuer and Daniela Rojas), like an opera set not an abandoned facility. The sequence seems phony — almost corny.

This final battle is saved by the quick edits (Dan Lebental and Petr McNulty), which have given the entire 2H 3M film a very modern, tight and forceful rhythm. The musical score by Lorne Balfe, with brazen horns during action scenes and soft violins during drama, also helps to counteract this imperfection.

Bad Boys for Life is all it needs to be. And then some! Get ready for it. “What you gonna do when it comes for you?”

Will Smith summed up his career in a rap duet with Jimmy Fallon on "The Tonight Show."

Getting started in any business is hard. But having doors slammed in your face or not getting access to basic trade materials because of the w…

Give Black art a place on your wall

New Vision in 2020: Looking for love may mean taking chances

As we head into a new year and decade, many people are reevaluating their lives — personally and professionally. For some people that means ma…

Is the Wawa run the new beer run?

Few things inspire a Philadelphian’s loyalty like their choice in beer and convenience store, other than sports talk that is. Wawa is a Philad…

LOS ANGELES — "Bad Boys of Life" went for a three-peat at the box office during Super Bowl weekend.