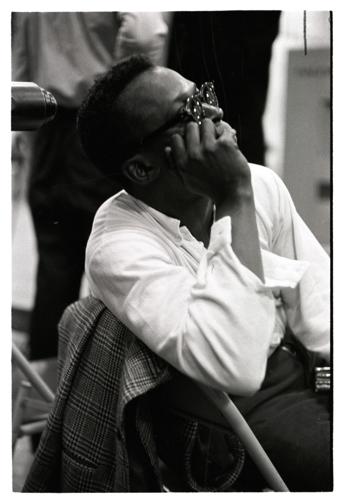 Filmmaker Stanley Nelson states that the story of Miles Davis “has often been told as the tale of a drug-addled genius.” 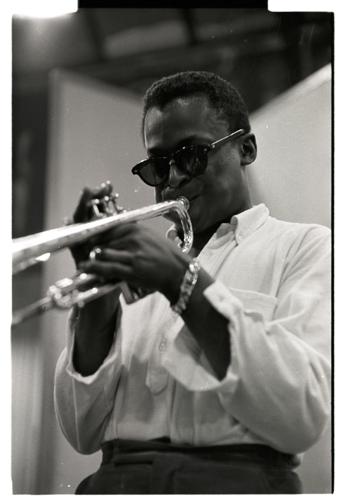 Filmmaker Stanley Nelson states that the story of Miles Davis “has often been told as the tale of a drug-addled genius.”

In recognition of Black History Month, WHYY will present “Miles Davis: Birth of the Cool,” a captivating documentary chronicling the dynamic and often turbulent life and times of revered jazz trumpeter and composer Miles Davis, airing Tuesday, Feb. 25 at 9 p.m.

An astounding array of accomplished artists, including Quincy Jones, Carlos Santana, Clive Davis, Herbie Hancock, Ron Carter, and Wayne Shorter, along with bassist and Davis collaborator Marcus Miller, share their personal memories and observations of Davis as a colleague, as an artist, as a friend, and as a major influence in their careers.

Through enlightening interviews, rare photos and fascinating, never-before-seen footage, “American Masters — Miles Davis: Birth of the Cool” takes a candid, in-depth look at the “mythology” that surrounds the legendary eight-time Grammy winner, who was portrayed by Don Cheadle in the 2015 feature film, “Miles Ahead.”

“The story of Miles Davis — who he was as a man and artist — has often been told as the tale of a drug-addled genius,” said filmmaker Stanley Nelson, who earned a Grammy nomination for the piece. “You rarely see a portrait of a man that worked hard at honing is craft, a man who deeply studied all forms of music, from Baroque to classical Indian. An elegant man who could render ballads with such tenderness yet hold rage in his heart from the racism he faced throughout his life. He could be romantic and pursue women relentlessly, yet treat them with cruelty upon winning them over. He could be extremely generous, yet rescind that generosity on a whim.”

“It was like in a movie, when you meet the vampire, and you know you’re gonna die, and you don’t care!” said one female associate.

“He adored Prince! That was his man!” Erin said. “He was working on some music with Randy Hall...in the Valley, in L.A. ... he was driving the Rolls (Royce), and the whole time ‘Purple Rain’ was in the tape deck, just playing over and over and over ... flip over, play the other side, flip over ... He loved Prince! It was destiny that they worked together.”

The two-hour film paints a provocative portrait of Davis, who was married to legendary actress, Cicely Tyson for seven years, and once played Philadelphia’s historic Uptown Theater, which often featured jazz artists in addition to R&B acts.

Whether you’re a devoted jazz aficionado, or someone who simply wants to know more about our culture, you’ll find “American Masters’” presentation of Stanley Nelson’s Grammy-nominated documentary to be informative, intriguing and highly entertaining. An encore presentation will air 3 p.m., Wednesday, Feb. 26 on WHYY.

The re-imagined “American Idol” returns for a third season, premiering at 8 p.m., Sunday, Feb. 16 on ABC.

The 92nd Academy Awards will be televised live from the Dolby Theatre at 8 p.m., Sunday, Feb. 9 on ABC.

An enthusiastic audience filled Studio 1, as WHYY recently welcomed celebrated chef Marcus Samuelsson for a taping of “You Oughta Know,” “a gu…

As Philadelphia perpetuates its prominence as a musical mecca, musicians throughout the city are invited to apply for Jazz Road Tours grants o…

Dexter Darden, an enaging 28 year-old actor who was born in Camden, and spent his early years growing up in South Jersey — specifically Sickle…